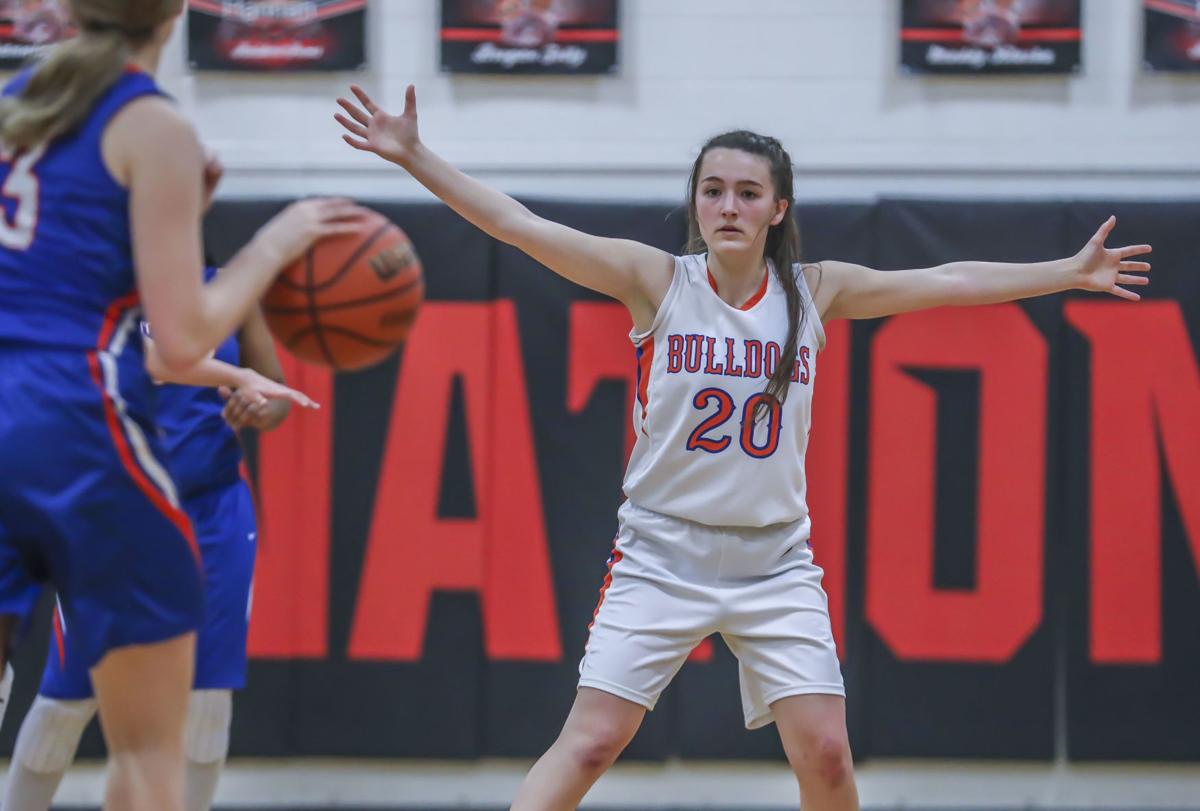 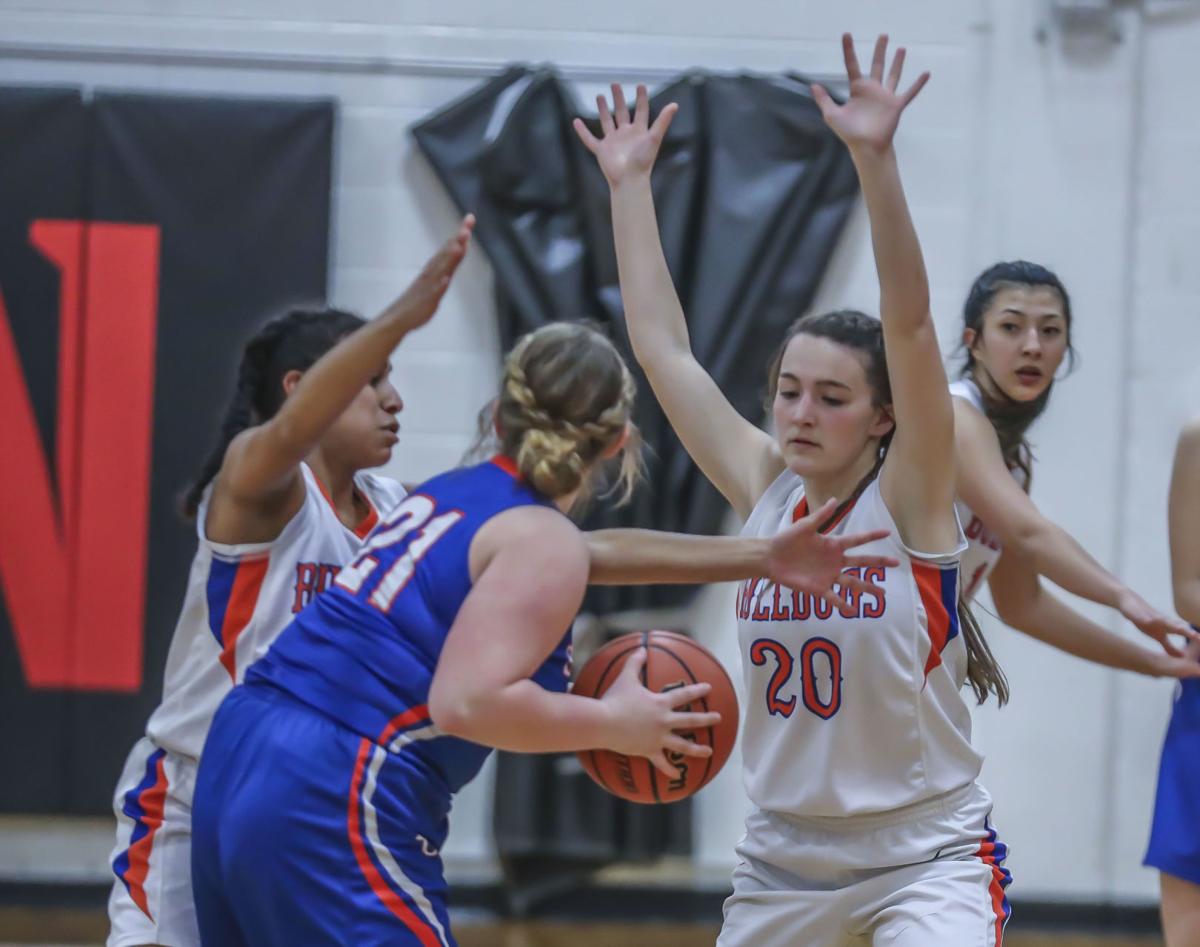 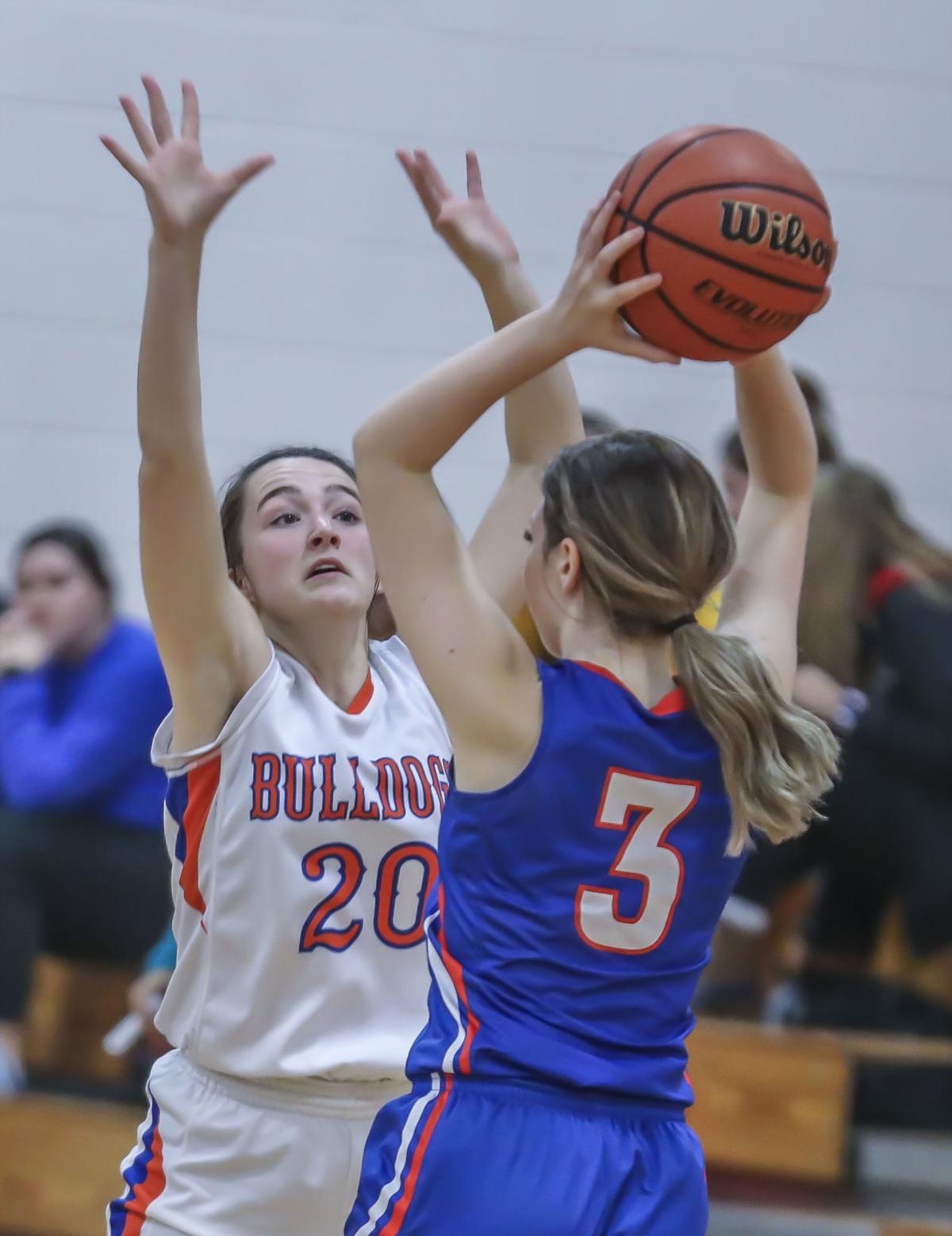 MOWEAQUA — The plays that Andrea Dorsey loves the most are the easiest to overlook — the ones that are hardly seen if the viewer doesn't have a keen knowledge of the defense.

They're the ones Paige Ford has made a habit of making.

They're the defensive rotations over to stop an offensive player from driving to the basket — even if it means that Ford has cleaned up for her teammates' wrong rotation. Those plays save precious points from being put on the board. They're effort plays, Dorsey said, and Ford, a senior on the St. Teresa girls basketball team, has no shortage of them.

Dorsey is in her second season as the team's head coach after coming from various college stops. She's quickly finding that players like Ford, who fill their role and bring unrelenting energy to practice every day don't come around often at the high school level. In the process of establishing a new culture, Dorsey would take 10 Fords if she could.

"She brings it to the team," Dorsey said after the Bulldogs' win in the first round of the Macon County Tournament on Monday. "She’s the dirty worker. She’s the kid who will take any role I give her, any role I ask of her. She shows up everyday at practice, everyday at a game. ... She’s a kid who never gets the attention she deserves, but is very important to the success of this team and any sort of success we hope to have down the road."

On Monday, Ford saved passes from going out of bounds, zipped cross-court passes to open 3-point shooters and made the pass-before-the-assist play on numerous occasions. In the box score, she was scoreless. In the game, she made her presence felt.

It's not as if she's bothered by not being the team's leading scorer. She's been there, done that. In middle school, she would have been defined as a stat-sheet filler. She's past that kind of numerical validation. Her role on the team is whatever Dorsey needs it to be in that particular game, infused with a heap of effort and little plays that jump off the screen on film.

“My stats don’t really show it, but I know someone has to be the dirty worker on the team; someone has to work hard," Ford said. "I know in life it will follow though. It really helps to be that team player for someone else.

“I know I’ve been down in the dumps and someone else tries to help me up and it affects you. It shows that we can be better and shows a positivity that someone likes to see."

In Dorsey's quest to establish the culture she wants in the program, Ford helps to speed up the process. Dorsey walked into her alma mater last summer and quickly found a player who others can model their own game after.

It didn't take long for Dorsey to realize what kind of player Ford was and what that could mean for long-term culture building.

“Some kids, it’s innate for them and some people have more competitive fire than others," Dorsey said. "She’s a kid ... it didn’t take long; a day or two. She was tough. She worked hard. She competed. The more I tried to prod that out of them, she raised her level quickly.

“Whenever you’re trying to change anything, especially culture, you like to have kids who are what you want; then you can say, ‘Look at that kid.' That’s what I want."

Ford wants to see the program grow. A deep postseason run this year is ideal, and so is continued success within the program. Someone will always be the team's leading scorer and leading rebounder. Ford has been around long enough to recognize that.

But those aren't the be-all and end-all qualities of a strong basketball team.

“The little things do matter in things like this," Ford said. "To get a championship, the effort has to be there."