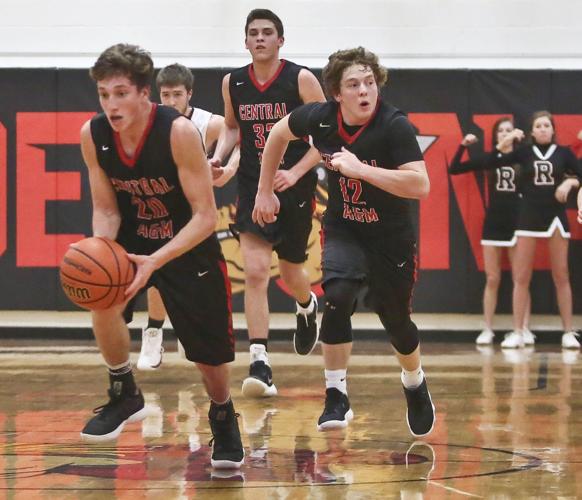 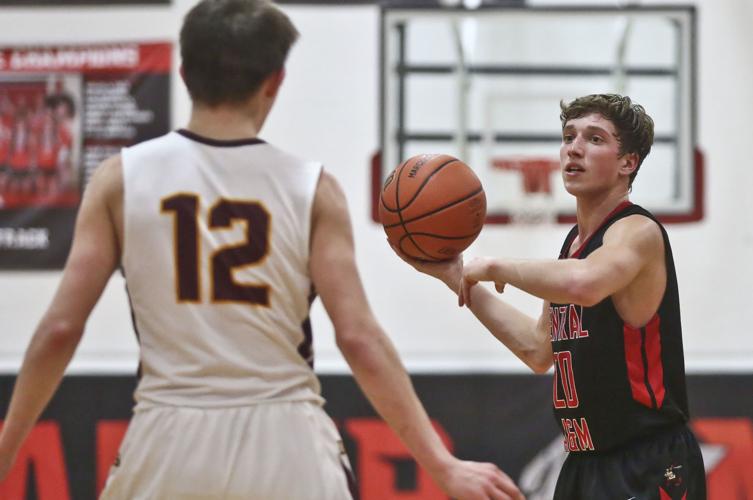 Central A&M sophomore Jacob Paradee looks for a pass during a Class 1A sectional semifinal game against Dieterich. 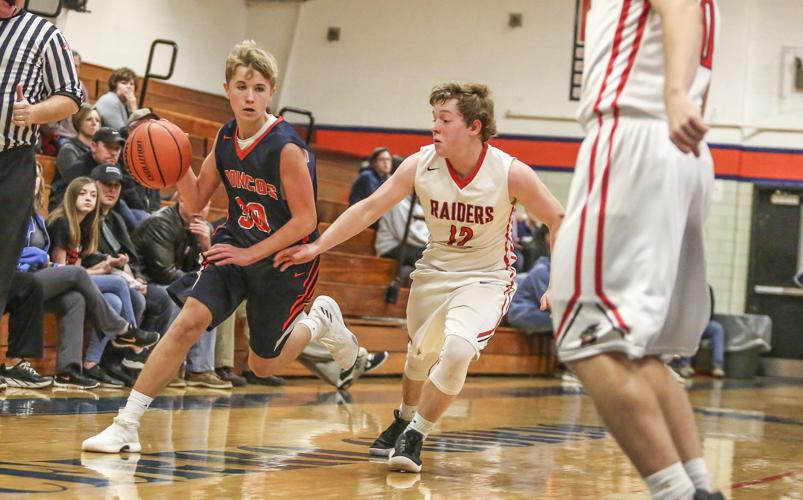 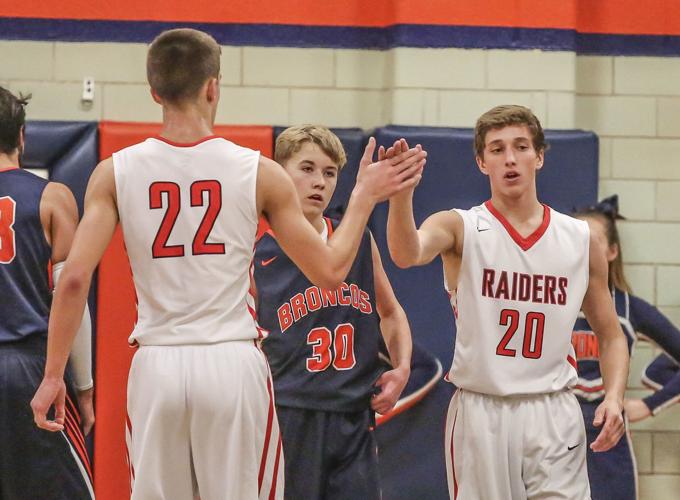 MOWEAQUA — Very rarely do Tate and Jacob Paradee talk about basketball at home.

But on Thursday night, they needed to have a discussion at the dinner table before they took the floor on Friday for Central A&M in what turned out to be a Class 1A Moweaqua (Central A&M) Sectional championship win against Nokomis.

Jacob, a 5-10 sophomore, wasn't happy with how the Raiders played defense in practice.

He and Tate, a 5-8 senior averaging 8 points, 2.2 assists and 1.1 steals, decided they needed to find another gear in order to hoist a sectional plaque on their home court.

“We needed to step up," Tate said. "We’re the top part of the defense and put the most pressure on the ball."

The Paradees delivered, and now the Radiers will travel to the Class 1A Carbondale (SIU) Super-sectional at 6 p.m. Tuesday for a game against Goreville (22-11), with the winner advancing to Peoria's Carver Arena for the Class 1A state tournament on Friday.

Together, the Paradees have a bond that goes deeper than normal teammates.

“It’s pretty cool playing with your brother," Jacob said. "There’s nothing like having a family member to play with. You have that special connection and we think about each other and know what each other is thinking."

Defense has long been the calling card of the Paradee family.

Their father, Joe, was a standout linebacker and fullback at Central A&M.

“We knew that was going to win the game," Jacob said. "Our family is kind of known for defense.

“We take after (Joe) by going hard on defense."

The basketball prowess comes, in part, from their mother, Lindsay (Jordan) Paradee, who enjoyed a standout career for A&M, scoring 1,107 points and setting a single-game record with 43 points.

It's been quite a run for the Paradee brothers, especially in the postseason, in which every game could be the last of their playing days together.

Jacob, who averages 9.2 points, 4.4 assists, 2.9 rebounds and 2.3 steals, turned in a 20-point game against Dieterich in the sectional semifinals and Tate had 14 in Friday's final against Nokomis, including a game-changing four-point play in the first half.

It's a far cry from the backyard spats and games they grew up playing against each other, but there's also something nostalgic about their final stand.

“We’ve been playing basketball together our whole lives," Tate said. "We had a hoop in our backyard and we would go out there and swat each other and dunk on each other. It’s fun playing with him because it reminds me of the old times we used to have."

Just like the old times, they still prod at each other.

Jacob rained down a parade of, "Air ball" chants in the summer when Tate was trying to find his shot.

Tate invariably reminds Jacob to put his arms up on defense. Jacob knows his hands are quick enough to react even when they're down. Tate doesn't see it the same way.

"The passing lanes close if he has them up," Tate said. "I usually hound him on it."

And Tate has to admit, there's probably a correlation between the chorus of "air ball" chants Jacob gave him over the summer and his 65 percent shooting and 40 3-pointers made in his senior campaign.

Though the Paradees are the shortest players on the team, they bring a tenacity on defense.

When A&M coach Rob Smith called for a 2-3 zone for the better part of the Dieterich game, the Paradees, along with Jameson Smith, hounded the opposing guards when they shared the floor.

Rob Smith has been alternating between man and zone defense, but the Paradee brothers have brought the same vigor to every game.

“They both play super hard," Smith said. "The toughness, playing hard, never quitting and going for every ball is characteristic for both of them."

Now A&M is one win, and another defensive stand, away from setting the table to bring home a trophy from Peoria.

“I always knew we were going to do something special in my high school career. With (Jacob) it makes it extra special," Tate said.

MOWEAQUA — Jameson Smith sprinted to half court, leaped into the air and gave a fist pump, then ran over to his dad, Central A&M boys bask…

MOWEAQUA — After games, Central A&M basketball players go to Crawford's Pizza, sit down for a meal and pull out their phones to catch up o…

MOWEAQUA — When basketball camp broke, Rob Smith thought his team had a chance to win a regional title.

All eyes are on the Central A&M boys basketball team

MOWEAQUA — Black jerseys raced up and down the court in almost a blur at a frantic pace.

Central A&M sophomore Jacob Paradee looks for a pass during a Class 1A sectional semifinal game against Dieterich.