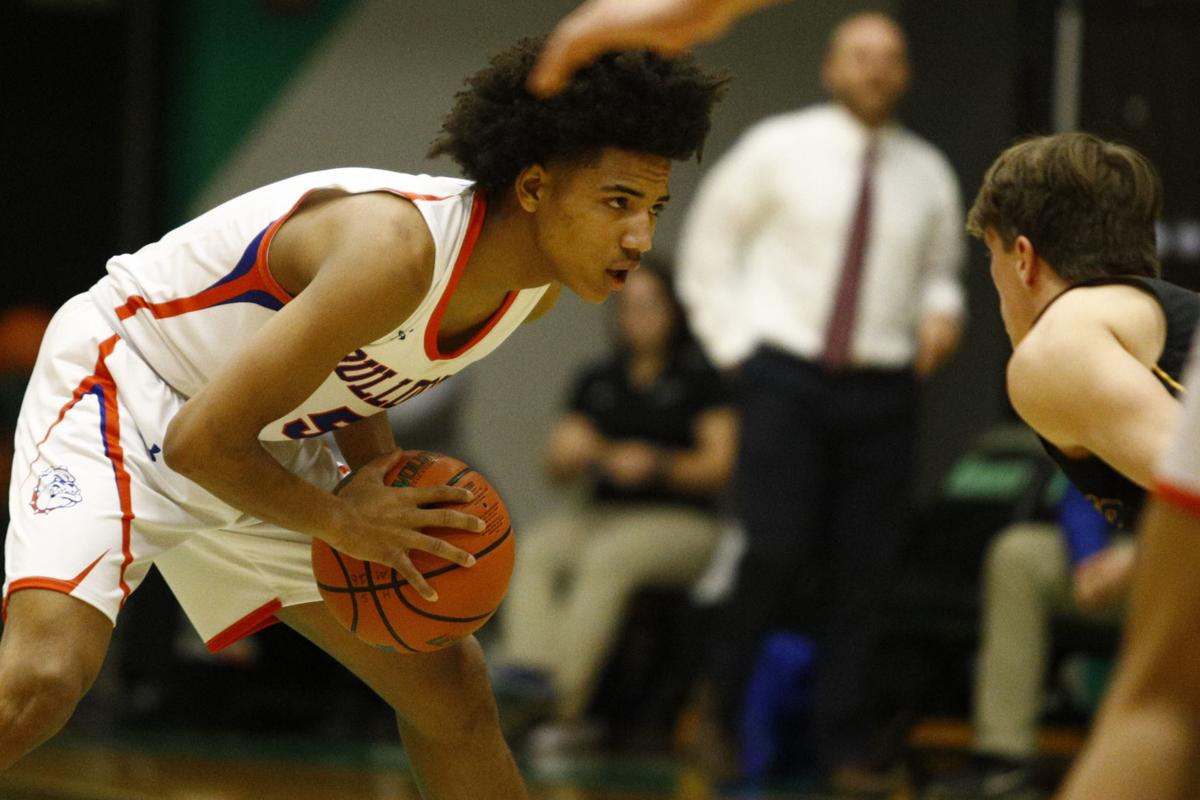 St. Teresa's Terron Reed is settling in after transferring from Eisenhower. 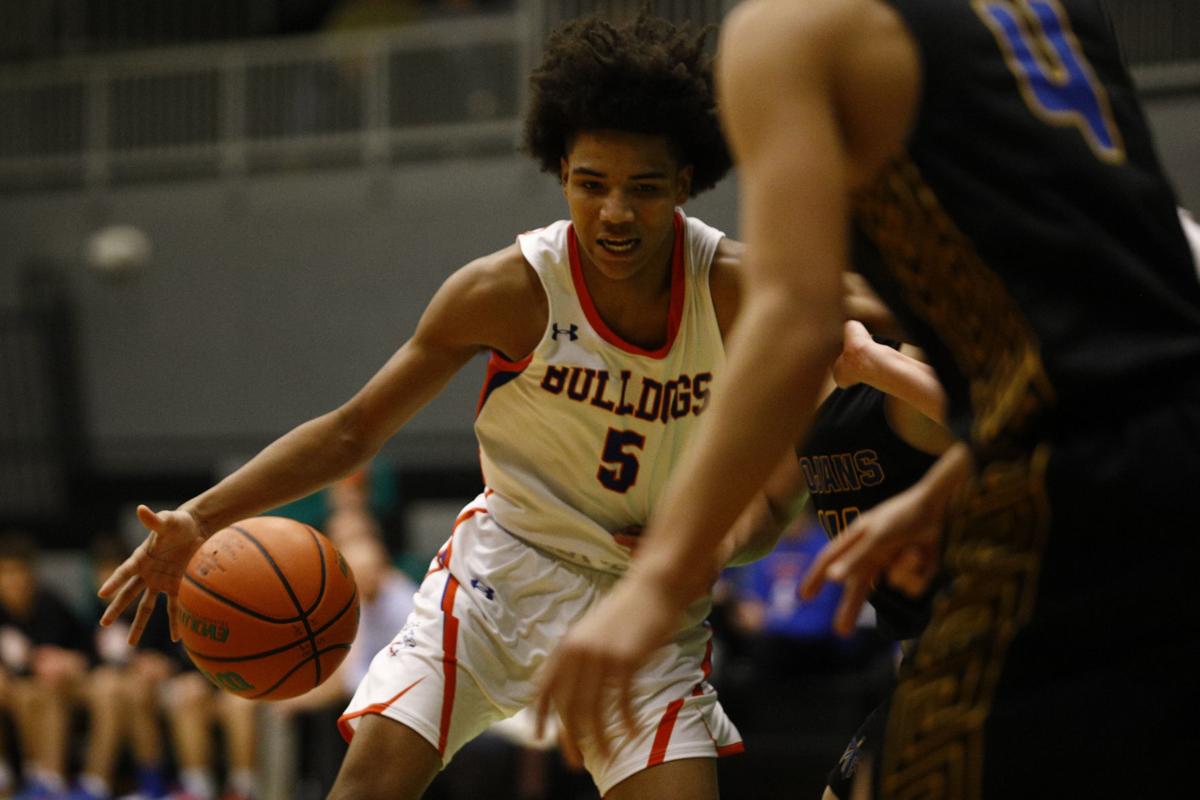 Terron Reed prefers to get his teammates involved as opposed to scoring, but he knows he can get a bucket whenever and however he wants.

MACON — Terron Reed walked out of the home locker room at Meridian High School on Tuesday night with his khaki pants and blue, St. Teresa pullover on and earbuds in his ears.

In the scorebook, Reed's night wasn't all that productive. Four points on 1-of-7 shooting. That, though, isn't nearly what Reed's impact on the game truly was in a win over Maroa-Forsyth on Tuesday in the first round of the Macon County Tournament.

He forced turnovers, grabbed rebounds, pushed the ball in transition, protected the ball and whipped passes around the floor with ease.

Reed operates with few words and declarative sentences. He doesn't seem to much mind how many points he ends up with. The St. Teresa junior guard, who transferred from Eisenhower before the school year, would rather dish the ball to his teammates and set up an open shot. If he needs to score, he has the confidence to feel like he can do it. Whenever and however.

“I like to get my team involved before me," he said from the bleachers in the Meridian gym. "Points really don’t matter. I like to get them involved."

He's well aware that true point guards don't show up all over in high school basketball. Scoring mentalities are ever-present and an acutely necessary part of the game. When asked if he knew that not every high school player has that pass-first game, he simply laughed.

"That's just my mindset," he said.

Reed is settling into what the Bulldogs and head coach Tom Noonan want to do. St. Teresa will play Meridian on Thursday in the semifinals of the Macon County Tournament. There were a few instances in the summer that Noonan and some of Reed's teammates saw the full scope of what he can do on the floor.

“It was one of those days when he was on," Noonan said. "We haven’t seen that yet this season in a real game. I think we will as we get our feet underneath us."

Until then, Reed is thrilled to zoom the ball around the court and find his teammates cutting to the rim for open baskets.

“It makes everybody better," Noonan said. "Terron has been extremely coachable. He’s starting to blend well with our other guys and is starting to understand where they’re at. We had some really good days in the summer, so we’re growing back on that.

“Our turnover numbers seem to go down when he’s on the floor. That was one area that we needed to grow in. I think as a whole team, we have, but he’s a nice calming factor out there."

In the third quarter on Tuesday, he fired a pass to Chord Miller for an easy layup midway through the third quarter to give the Bulldogs an eight-point lead. Miller was ready and in a perfect position to turn the pass into points. But it hasn't always been like that. When Reed first showed up, without knowing much of anyone, some of his passes came at times when his teammates weren't ready.

The ball arrives quickly, and sometimes unexpectedly. That's not as much an issue anymore. It's all about flow and comfort now. Miller said feels the energy Reed brings to the floor.

“When he passes the ball, he gets it moving and we play smoother," Miller said.

St. Teresa isn't much different from every basketball team in early December. This isn't a finished product. Reed will settle in and adapt to his new teammates, and they'll adapt to him. Noonan certainly won't have any objections about his team playing its best when regionals start.

“We’re already a family right now," Reed said. "We’ve already got the combination and bond together. We’re working on it. We’re going to get better."

After a season-opening loss to PORTA, Tri-City/Sangamon Valley has rattled off eight straight wins and Sturdy is excited about where the team can go.

St. Teresa and Central A&M won Thursday in their Macon County Tournament games, setting up a Bulldogs vs. Raiders championship on Friday that is a rematch of the 2017 tournament finals.

St. Teresa's Terron Reed is settling in after transferring from Eisenhower.

Terron Reed prefers to get his teammates involved as opposed to scoring, but he knows he can get a bucket whenever and however he wants.