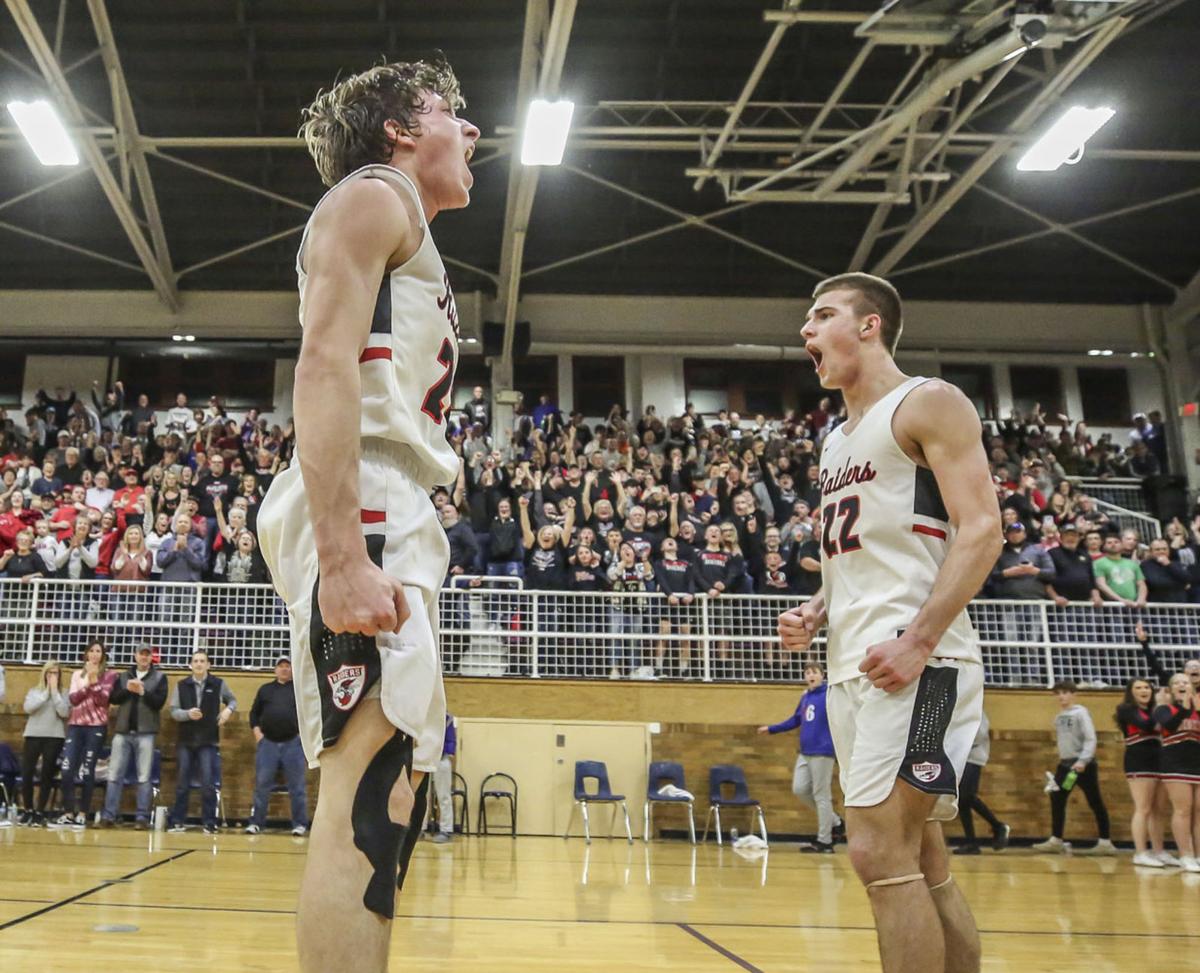 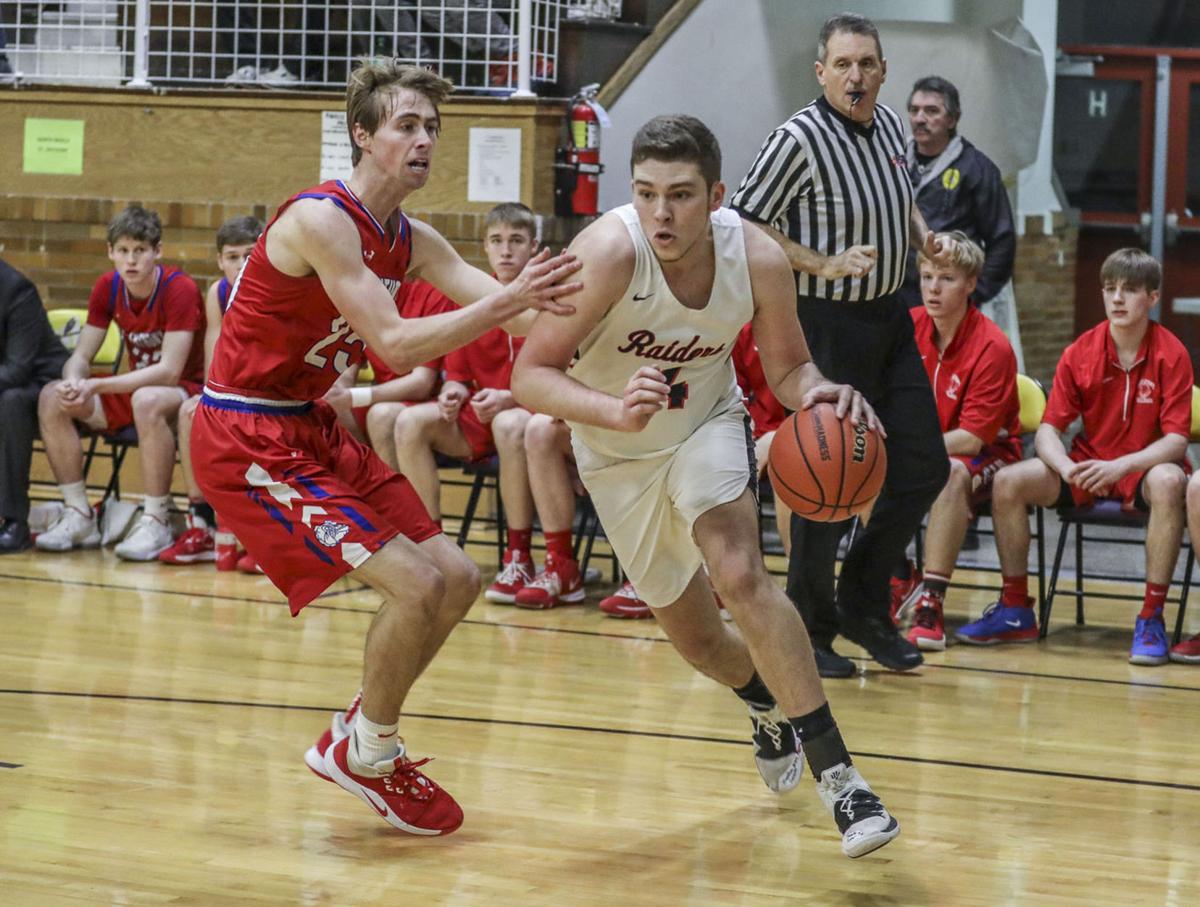 Though the Raiders' hopes for a second straight trip to state were ruined in a loss to Goreville in the super-sectional, the team's core — seniors Connor Heaton, Griffin Andricks and Jacob Paradee — along with a talented supporting crew brought the program the program's most successful stretch ever. In three years, the group — coached by Rob Smith — had an 85-17 record, three consecutive sectional titles and a third-place finish at the Class 1A state tournament in the 2018-19 season.

Heaton, a two-time All-State selection and Central A&M's all-time leading scorer, could take over any game at a moment's notice. Heaton led the Raiders with 21.0 points per game and added 8.7 rebounds, 4.3 assists and 3.3 steals in his senior campaign.

Andricks averaged 19.0 points and 10.5 rebounds for the Raiders and was the best 3-point threat in the area, hitting 46.3 percent of his shots from behind the arc. Paradee led the Raiders in assists with 5.1 per game as well as averaging 11.9 points. He joined Andricks and Heaton in the 1,000 career point club this season as well.

Extremely excited to announce I will be continuing my academic and athletic career at Illinois Wesleyan University. Super thankful for my family, friends, teammates, and coaches for helping me along the way. Excited for the next journey. Go Titans! #TGOE 💚💪🏼 pic.twitter.com/puOMwxGr3e

The 2020 COVID-related cancellations also robbed fans of the opportunity to see Heaton, Andricks and Paradee playing at the next level in 2020. Heaton committed to play basketball at Illinois Wesleyan but the CCIW season was pushed back to January of 2021. Paradee choose football at North Central College, the defending NCAA Division III national champions, and will get to hit the field when CCIW football begins in the spring. Andricks committed to Olivet Nazarene University and could get some minutes when play begins again in 2021.

Check out the top 10 sports stories from 2020 including changes in the Illini football leadership, Macon Speedway celebrating its 75th season …

The COVID-19 pandemic has stressed many relationships. In Illinois, a rift developed between the Illinois High School Association (IHSA) and G…

What to watch for in Illinois' season finale at Penn State

Perhaps clarity will finally exist at the end of this awkward week and questions about the future of Illinois football — more specifically who will be the head coach — will finally have answers.

Josh Whitman can go into meetings with candidates for the vacant Illinois football head coach position armed with an attractive sales pitch after firing Lovie Smith.

In a year filled with challenges, Kenli Nettles, Arthur-Lovington-Atwood-Hammond graduate and Class 1A state champion in the high jump, 100-meter hurdles and 300-meter hurdles, feels like she has turned a corner.

TUSCOLA — In a typical basketball season, fans would be enjoying some of the best basketball of the year in Christmas tournaments across Centr…

Following a wet and soggy 2019 dirt track season at Macon Speedway that saw several cancellations, the 2020 season was going to be a blowout y…

Top sports stories of 2020, No. 3: Illinois basketball returns to spotlight

The sudden passing of MacArthur girls basketball coach Michael "Dubb" Williams in July was met with shock and sadness around Central Illinois as the larger than life mentor and coach was remembered for his contribution to the sport and community.

Top sports stories of 2020, No. 1: Coronavirus cancellations and delays

DECATUR — In 2020, it was the single story that touched all sporting events — the COVID-19 pandemic and the cancellations and delays that followed.