Watch now: Macon father sentenced to 17 years in prison for beating, abuse of his own baby

Watch now: Eisenhower's RJ Walker scores 29 but MacArthur has too many weapons in Decatur boys city game
0 comments
Share this
{{featured_button_text}}
1 of 3 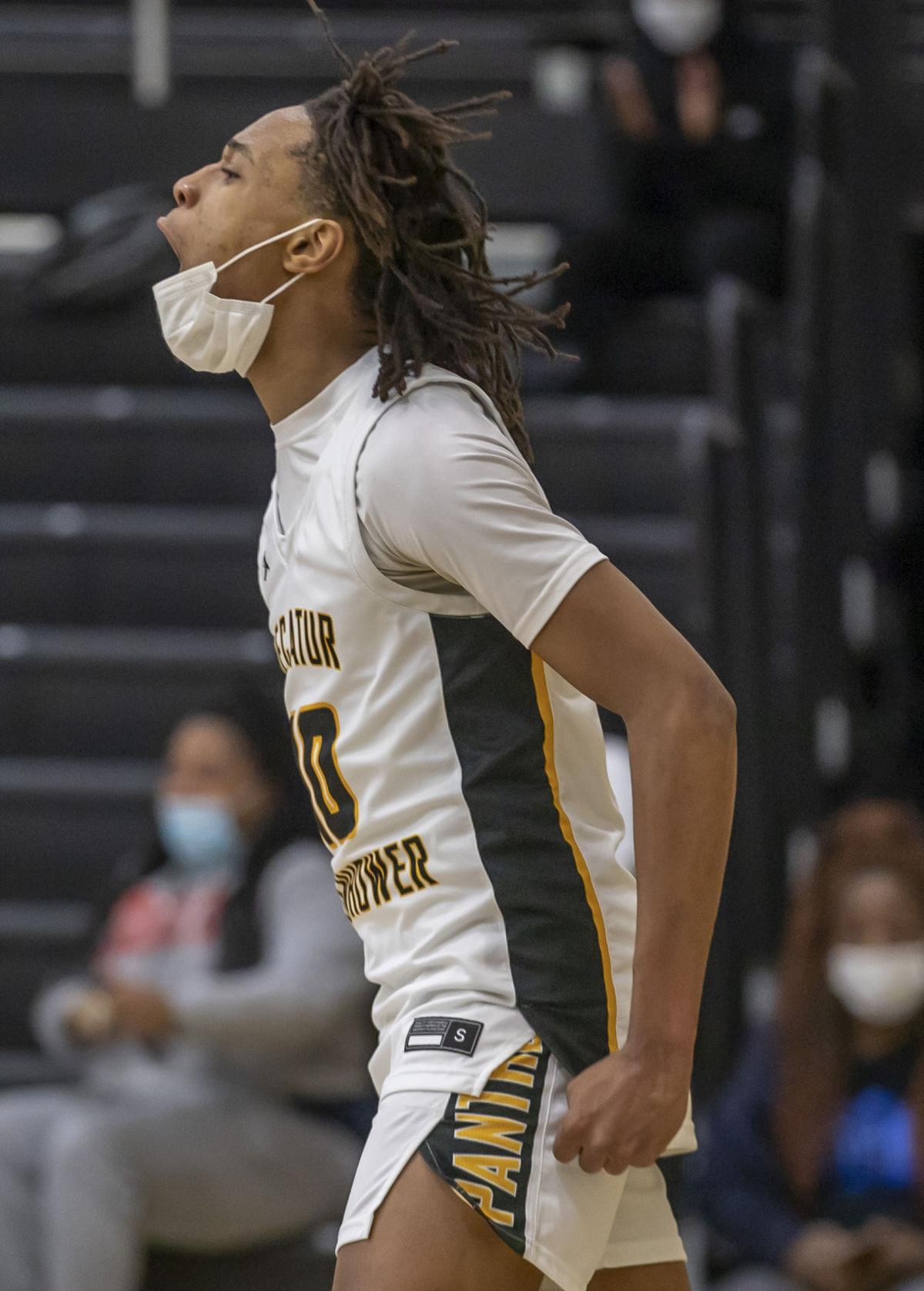 Eisenhower Jaquan Ratliff (10) celebrates after a block against MacArthur on Tuesday at Eisenhower. More photos and video at www.herald-review.com 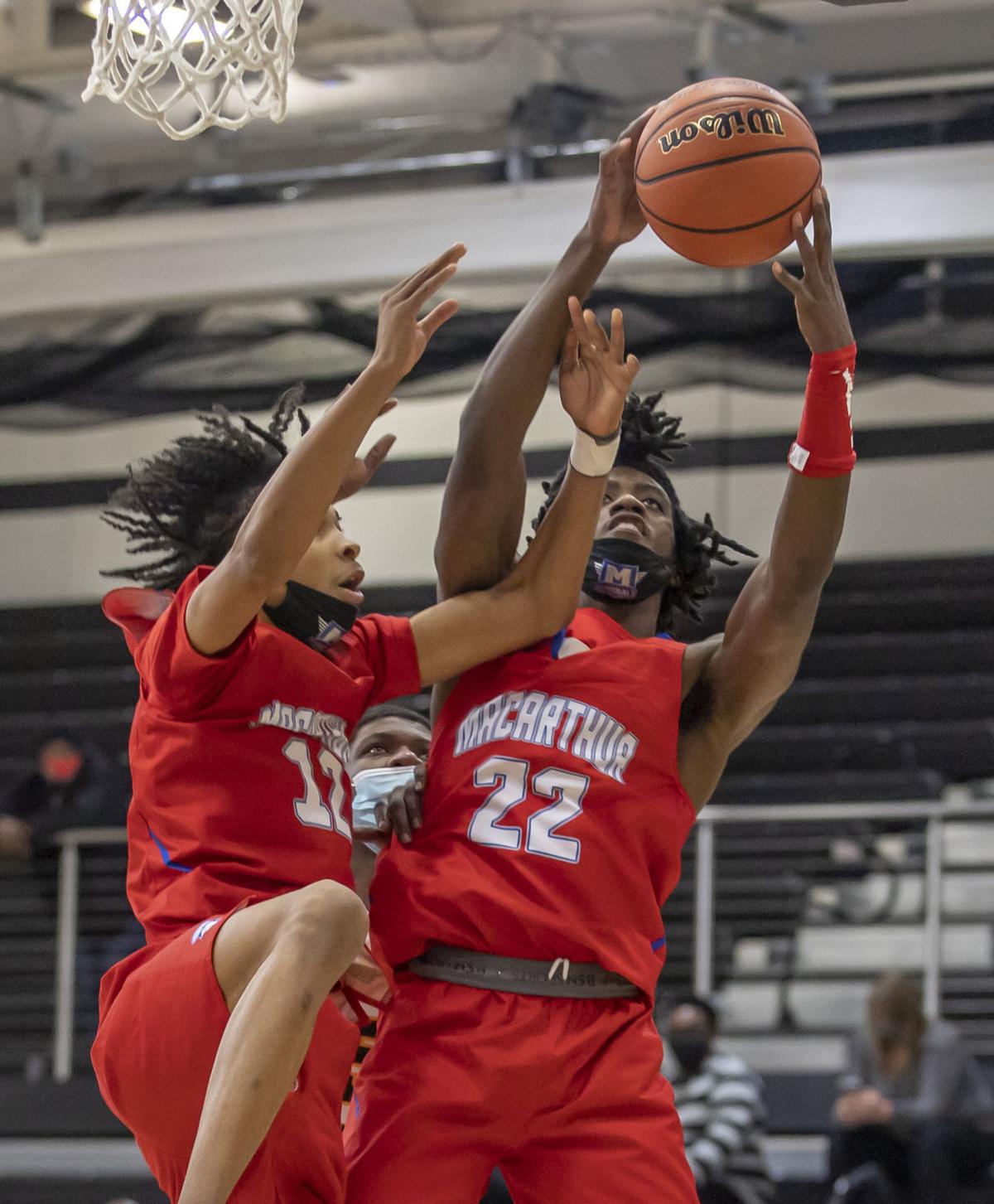 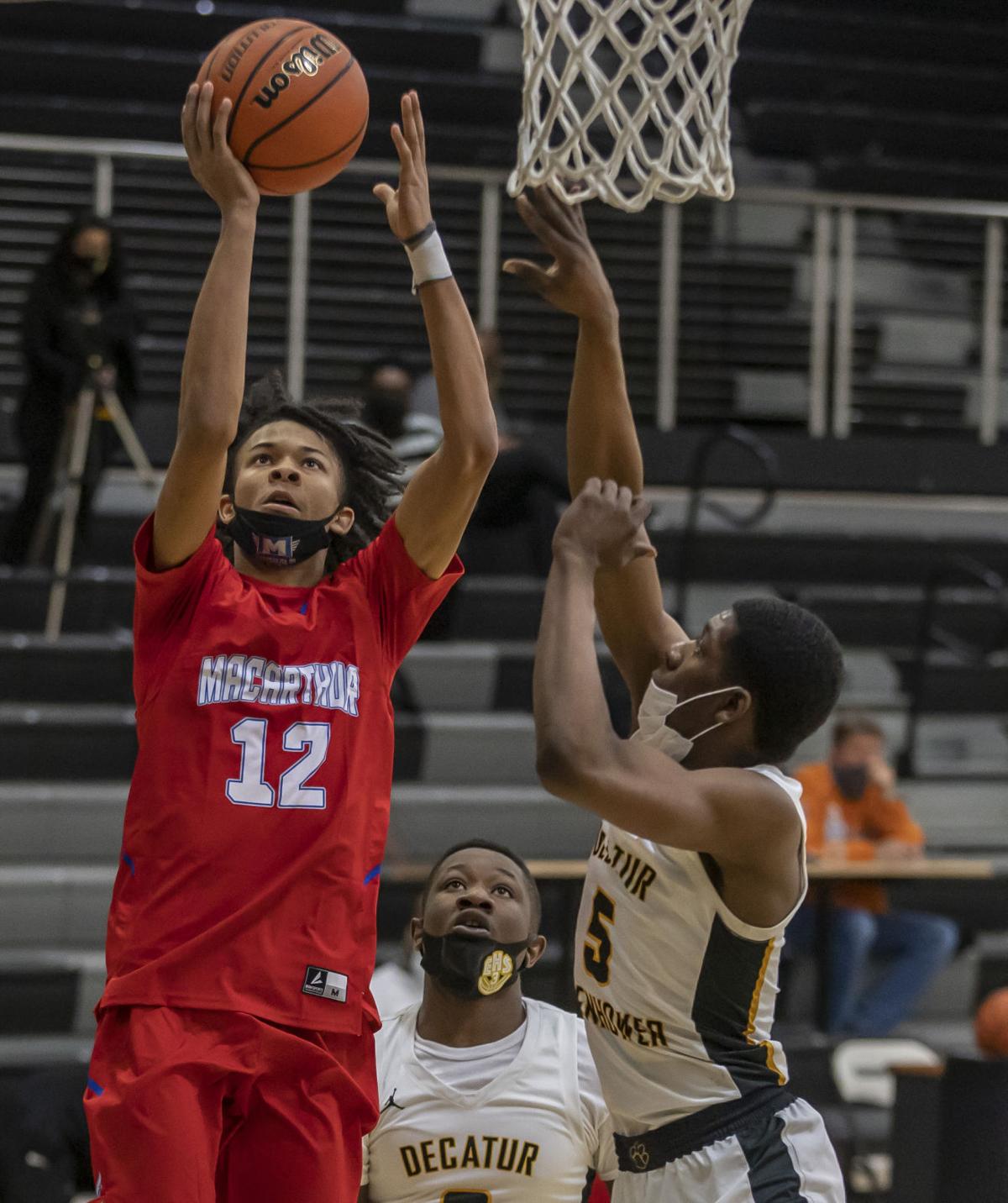 MacArthur Qua Smith (12) goes to the basket on Tuesday at Eisenhower. More photos and video at www.herald-review.com

DECATUR — In Tuesday's Decatur boys city game, MacArthur had difficulty finding an answer for Eisenhower's RJ Walker in the first half.

Walker, the defending Macon County Player of the Year, had the Panthers up early and scored a game-high 29 points, but it became a battle of numbers and the Generals had too many weapons. Jabryn Anderson's 21 points, Qua Smith's 19 and Brylan Phillips' 18 led MacArthur to an 82-69 win.

"In the first half, we didn't play very good defense but in the second half we picked it up a little bit," MacArthur head coach Terise Bryson said. "Eisenhower came out and played really hard and they are probably the hardest team that we played all year. They played tough. They are smaller guys but every time our big guys brought the ball down, they were right there."

Four 3-pointers from Jabryn Anderson in the second quarter pushed the Generals to a six-point lead, 42-36, at halftime. Brylan Phillips kept his foot on the gas in the third quarter with eight points as MacArthur pushed the lead into double-digits.

"At halftime, we told Brylan that he needed to be more aggressive," Bryson said. "I know Brylan has really been trying to get everyone else in the game and I told him now it is time for him to start taking over the game. I think he did a pretty good job of that in the second half."

"The third quarter has always been tough for us. I don't know what it is, ever since I've been here. There is something about that third quarter that we come out sluggish," RJ Walker said.

"They did what they were supposed to do. They put pressure on our guys and they exposed our non-ball handlers," Eisenhower head coach Rodney Walker said. "We have to get better with handling pressure. Most teams are going to do that when they play us: Key on RJ and hopefully other people will step up. Some of the kids are fundamentally not where they should be and when you play teams with pressure, they get exposed. They are a good team over at MacArthur."

RJ Walker was 10-for-10 from the free throw line for the Panthers. Jaquan Ratliff added 11 points and three players — Shikel Green, Daveon Mann and Dillon Phillips — scored 6 points each for Eisenhower.

"I feel like we were outworked. We really didn't get to run any offense because they were always pressuring us and rushing us," RJ Walker said. "The pressure got to our guards and we really couldn't slow things down. I think if we would have kept our composure like we did in the first half and just worked on what we did in practice, I think the game would have turned out differently."

MacArthur sported red uniforms during Tuesday's game, bringing back memories of the days of the Stephen Decatur High School's Running Reds. Bryson is a Stephen Decatur graduate and liked the look.

"Our athletic director (Jason Crutcher) bought them last year and he said we would wear them next year when we had our first game against Eisenhower," Bryson said. "We are trying something new and I think they look nice. I like the red."