Become a Member
Read Today's E-edition
Share This
Watch now: The Decatur Turkey Tournament begins another half century after year away
0 Comments
Share this

DECATUR — Although the Decatur Turkey Tournament didn’t get to tip off in 2020 due to COVID-19, the long-time Soy City tradition begins the 2021 edition on Tuesday with a strong financial backing and unusual roster of teams.

“Nobody anticipated planning a public event during a pandemic and things that in the past were an easy automatic check that box and now that box might not be checked the next day,” Turkey Tournament director Mel Roustio said. “I was happy that our corporate and business leaders and sponsors through the years responded beautifully and didn’t miss a beat. They helped us as if nothing had happened. We are grateful for that.”

Caterpillar returns as the tournament’s presenting sponsor for the second time after it took the place of long-time sponsor Team Soy Capital, who ended its sponsorship after merging with First Mid Bank in 2018.

Along with an increase in security at this year’s Turkey Tournament, fans and players will need to be wearing masks while inside Stephen Decatur Middle School.

“Coming off of the unfortunate decisions that we had to make to cancel the tournament last year, we knew that we would have to deal with changing and fluid CDC protocols and we would have to negotiate those hurdles as we went along,” Roustio said.

But COVID-19 is still affecting the tournament. Champaign Central had to pull out of the tournament last week because of positive cases among the players. Bolingbrook will bring its junior varsity team that will serve as a replacement team for Central and they will face MacArthur in the opening round game on Wed. at 7:30 p.m.

The increased tournament security measures had been discussed previously but were not implemented until this year.

“As you look around the nation, I think the time has come to respond to circumstances. I think there have been calls for us to be more proactive,” Roustio said. “I think it begins with wanding everyone that enters the contest to make people feel comfortable and safe. We also have great security there and we think this is an added tool.”

The theme of security will also be seen in the selection of the tournament grand marshals — former Macon County Sheriff Tony Brown and former Decatur Police Chief Jim Getz.

“We try to take the Turkey Tournament to another level in highlighting special people over the years. This year is no different and we will lift up law enforcement,” Roustio said.

Brown and Getz will be recognized Tuesday. On Wednesday, Amber Oberheim, the wife of slain Champaign police officer Chris Oberheim, and her four daughters will be honored. Chris Oberheim’s partner Jeffrey Creel will also be honored.

The tournament begins Tuesday with opening round games continuing on Wednesday. Championship and consolation semifinals take place on Friday with the championship game tipping off on Saturday at 7:30 p.m.

🏀 From the Archives: The annual Turkey Tournament

Mt. Zion's Mark Yelovich goes up and under

Maroa-Forsyth's Carmen Hatton dives to save a ball

Shae Ingolia takes off down court

Eisenhower's Jarod Oldham had 23 points for the Panthers

MacArthur's Jaquay Owens tries to get past Thornton's Damarques Turner

Bolingbrook's junior varsity team will take the Maroons' spot in the tournament brackets.

Top sports stories of 2020, No. 1: Coronavirus cancellations and delays

DECATUR — In 2020, it was the single story that touched all sporting events — the COVID-19 pandemic and the cancellations and delays that followed.

Everyone has their favorite Thanksgiving dish. I’m a dark meat turkey fan and I love my pumpkin pie, but I think I look forward to my can of j…

From baking to online Zumba classes: How Olympic hopefuls are dealing with uncertainty and training interruptions during the coronavirus pandemic

Party Warehouse in Brettwood Village set to close in February

Richland to offer SHIELD COVID testing ahead of holiday gatherings

Tests will be available at Richland Community College, 1 College Park, from 3 to 8 p.m. Tuesday, Nov. 23, and residents will have results by Wednesday evening.

Roads around Decatur reopen as the city finishes projects

Drivers will be pleased to hear that roadway closures and projects around Decatur are starting to clear way and open back up.

The Generals and Panthers open up their 2021-22 season at the 51st Turkey Tourney this week at Stephen Decatur Middle School.

The No. 1-seeded Wildcats defeated the Panthers 81-34 on Tuesday.

Watch now: 4 things to know about the Decatur Turkey Tournament heading into the weekend

Here's a look of what we've seen and what's to come at the Decatur Turkey Tournament.

Watch now: 4 takeaways from the 51st edition of the Decatur Turkey Tournament

Bolingbrook defeated Harvey Thornton 65-58 in Saturday's championship to win for the fourth time in the last five tournaments.

Calvin Carson has been recognized with two community for his work with youth. 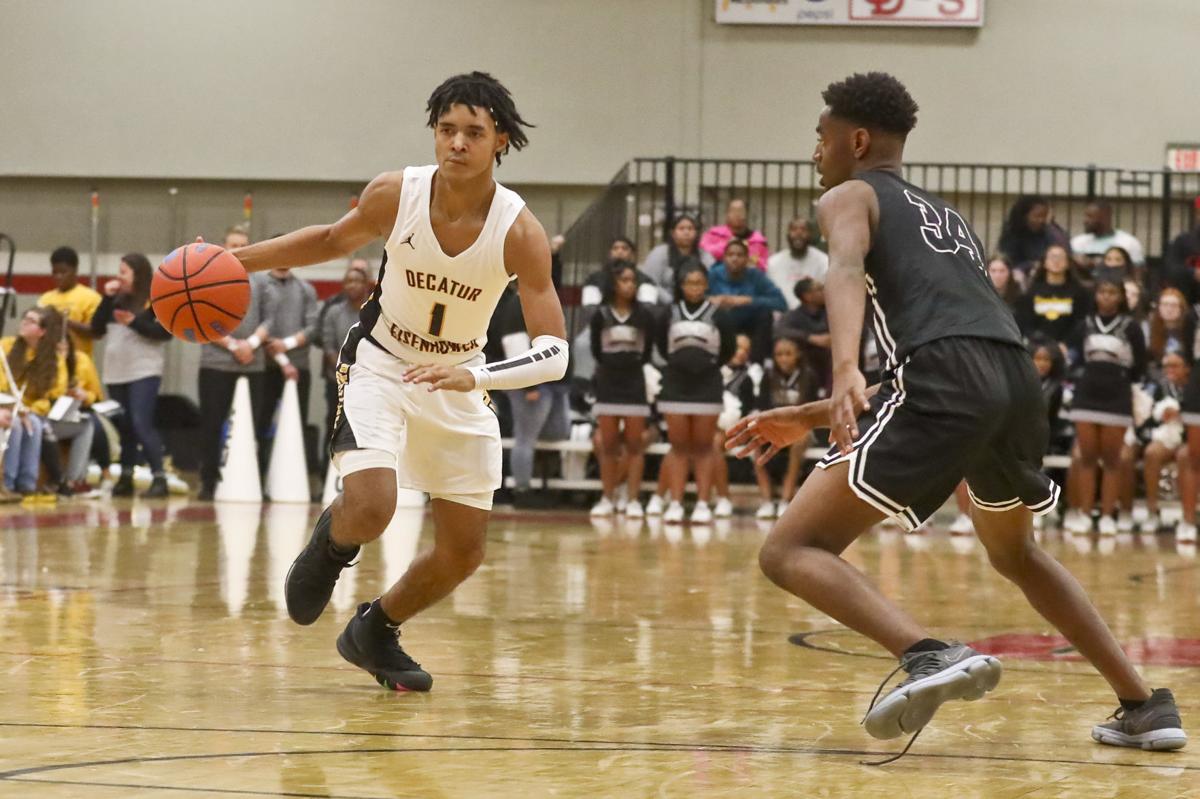 During the 2019 Decatur Turkey Tournament, Eisenhower's RJ Walker heads to the basket against a Peoria High defender. The 2021 edition of the tournament begins on Tuesday. 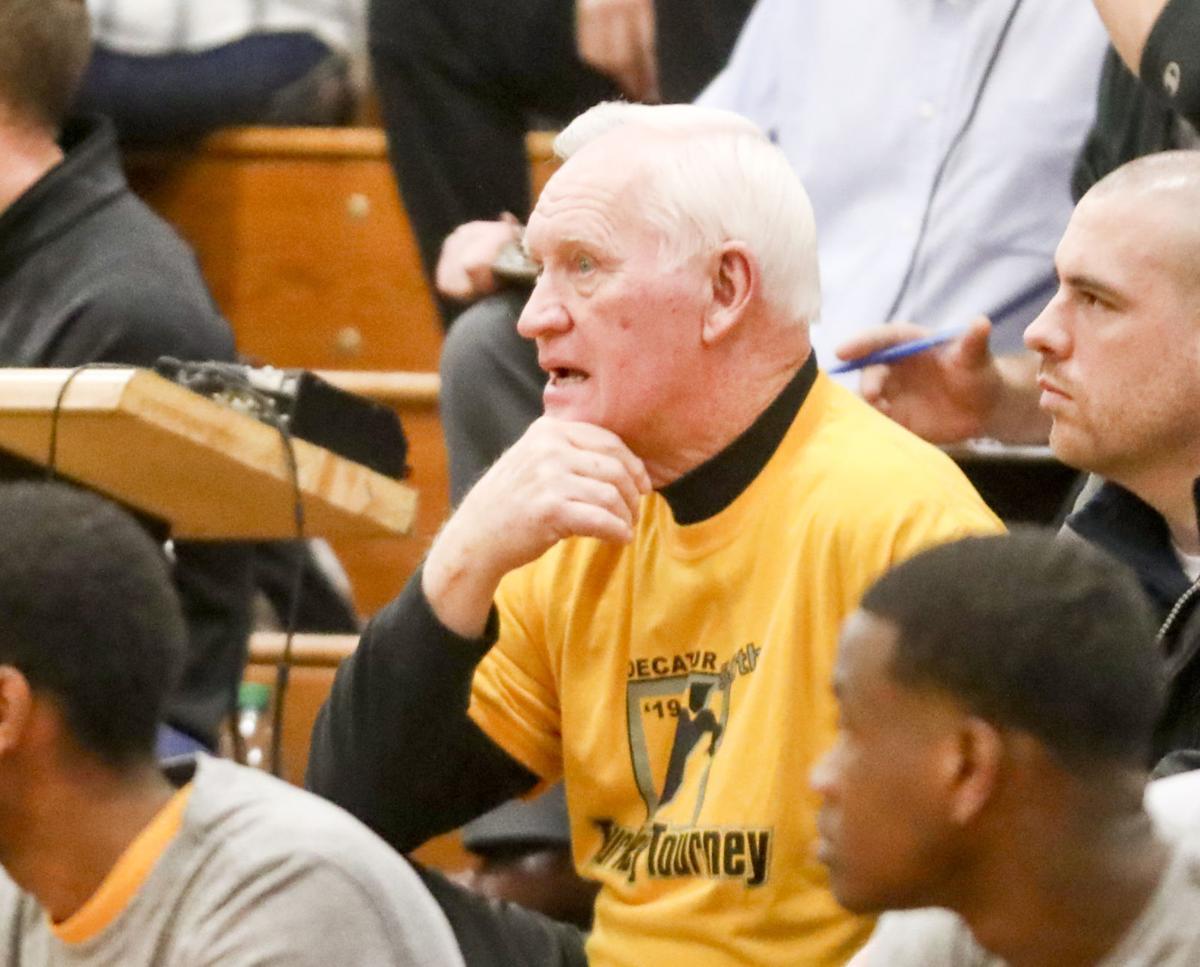 Turkey Tournament coordinator Mel Roustio watches MacArthur's game with and Springfield Southeast in 2019 at Stephen Decatur Middle School. Roustio has been the coordinator of the tournament since 2001.