DECATUR — Eisenhower basketball fans have been used to seeing Macon County Player of the Year RJ Walker as a shooting guard.

But with point guard Cam Rowe graduated and Brylan Phillips transferred to MacArthur, Walker ran the point for the Panthers on Tuesday in their 46-37 victory over Chatham Glenwood.

"I've always had him play off the ball to give us another option but now he's going to lead the way," Eisenhower boys basketball head coach and RJ's father Rodney Walker said. "A lot of people hadn't seen RJ play the point guard and they've always just seen him shoot the basketball."

Walker finished with a team high 16 points as Eisenhower got rid of the rust quickly. The Panthers led 6-4 at the end of the first quarter and built a 19-14 lead at halftime.

"The boys hung in there and fought it out. It was a grimy game but that was to be expected from such a young group of Panthers," Rodney Walker said. "I've been impressed with those young guys. The guys played so hard last night and they did everything we asked of them. It was a good win for us."

As the Titans doubled RJ Walker, it opened it up for the Panthers' supporting crew.

"Jaquan Ratliff is a senior and he's one of those kids that you're not sure what he's going to do. He's all over the court and he had a double-double last night with 10 rebounds and 10 points. He is wiry and I call him a shorter Dennis Rodman," Rodney said.

"Shikel Green is one of my tough sophomores and he played a little bit of varsity last year. He is a strong, heavy guard — you look at him and you think he should be playing football. I don't have the tallest kids but I have the strongest kids."

The Panthers had just seven practices before beginning their short 13-game season but Rodney Walker has seen great enthusiasm from his team.

"They worked together collectively and supported each other. That's what's exciting about this group. It's so much fun to coach a disciplined group that tries to go up there and do what you been working on."

No. 13 Millikin women fall in overtime to Illinois Wesleyan

DECATUR -- The 13th-ranked Millikin women's basketball team lost to Illinois Wesleyan in overtime, 81-72, on Tuesday at the Griswold Center wh…

DECATUR — The Millikin women’s basketball team has made its way into the D3hoops.com Top 25 national poll, earning the 13th spot in this week’…

Senior point guard Taya Davis kept MacArthur comfortably in the lead in the first half and senior center Quincenia Jackson took over the game in the fourth quarter, leading the Generals to a 53-39 win against Normal University on Tuesday in their 2021 season opener.

Check out video from the MacArthur girls basketball team's first game of the season. The Generals beat Normal University High 53-39. 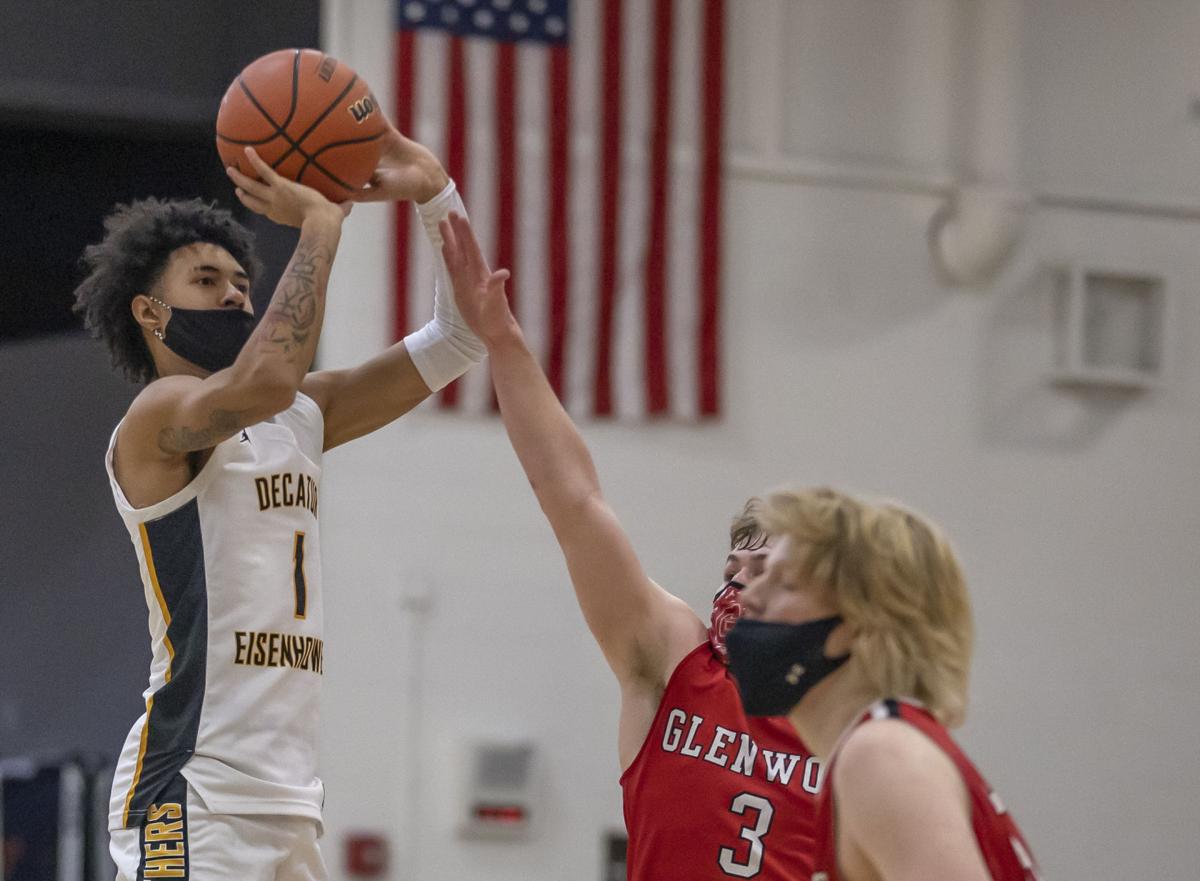 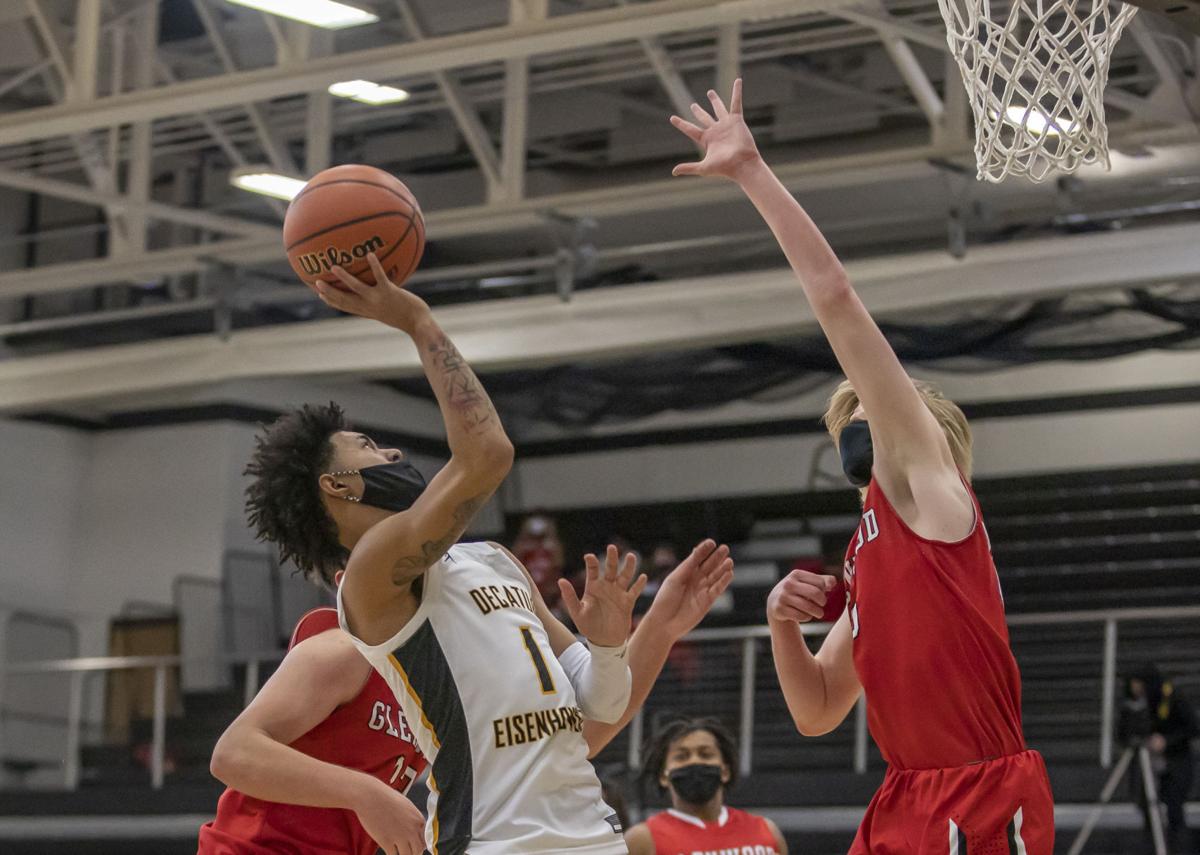 Eisenhower's RJ Walker shoots as a Chatham Glenwood defender goes for the block on Tuesday. 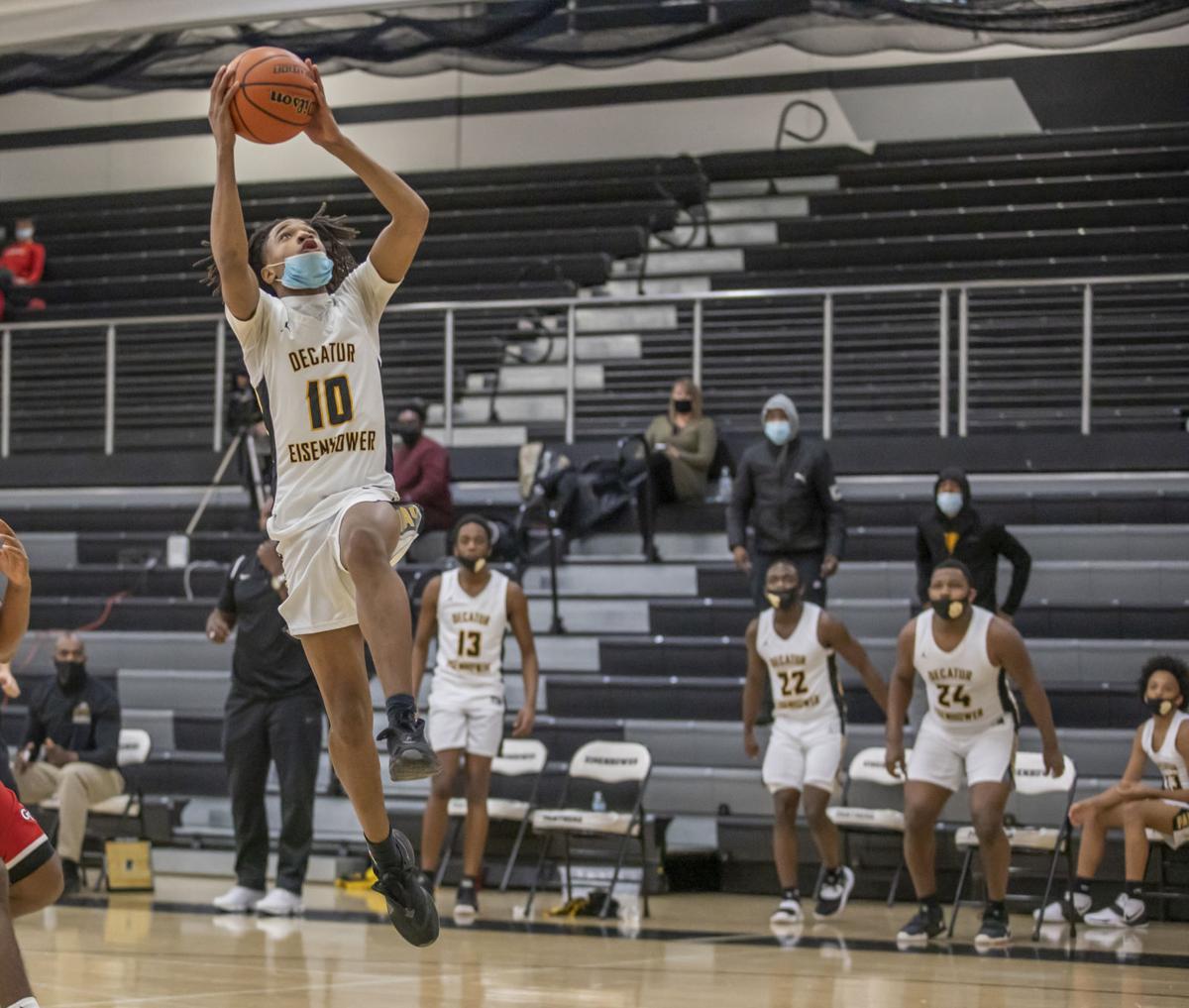 Eisenhower's Jaquan Ratliff (10) heads to the basket against Chatham Glenwood on Tuesday at Eisenhower.