Conn: IHSA's change to districts in football will be painful, but will pay off in the end
0 comments
Share this
{{featured_button_text}}

For those who write and talk about high school football, the Illinois High School Association membership vote to abolish football conferences in favor of districts is gold.

On Tuesday, IHSA members schools voted 324-307-69 in favor of Proposal 23, which eliminates football conferences in favor of IHSA-created districts, beginning with the 2021 season.

The proposal keeps in place the current nine-week regular season but playoff classes will be determined prior to the season by enrollment, with schools in each class placed in eight geographic groups of eight or nine teams by the IHSA and play a round-robin schedule.

The top four teams in each district advance to the playoffs. Districts will change every two years as enrollments fluctuate, co-ops change or the success factor is applied to non-boundaried schools. Two non-district games, which schools would schedule on their own, would not count toward playoff participation.

For years to come, we can write about what the districts might look like and what it'll mean to area teams, follow what happens as conferences in other sports shuffle, then — when the districts are finally formed — analyze them.

Then two years later, new districts will be formed and we get to do it all over again.

But for a lot of athletic directors, this is a time of the unknown. Many schools have worked hard to put themselves in a tenable situation conference-wise. Now seven games of the football season have been taken out of their control, and new challenges of finding two non-district football games and rolling with the punches of inevitable non-football conference changes are on the table.

ADs, naturally, would love to get a head start on scheduling, but unless they’re looking at a team that’s guaranteed not to be in their district, they have to wait.

On the day the districts are finally announced, will there be a mad scramble to fill those two games? Most teams will find suitable opponents, but inevitably, there will be teams left standing when the music stops playing.

For every easy match between two teams guaranteed not to be in the same district, like Rochester vs. Springfield Sacred Heart-Griffin, there’s going to be teams taking on games against teams and in locations that aren't an ideal match.

The real circus, though, could have nothing to do with football. What the other sports have been left with conference-wise isn't ideal. Schools like Maroa-Forsyth clearly want back in with the other Macon County teams — in the Central Illinois Conference. Now that football is out of the picture, adding Maroa and Argenta-Oreana makes a lot of sense; Monticello, too.

Conn: Districts would be fun, but are they worth it?

But while these are concerns, they’re problems that should work themselves out.

The question is, are these problems the IHSA and its membership really needed to create?

In Central Illinois, it seemed like the conference shuffle was over. Not every team was happy with its situation, but there was stability.

But it wasn’t like that everywhere. All over the state, there were schools unhappy with their current situation. And all it takes is one move to set off a chain reaction.

Then, because schools were trying to make sure they're in a conference with 10 teams but can still get five wins and make the playoffs, the girls basketball team, baseball team and track teams are driving past where they used to play 40 minutes away to play a game in front of fewer fans that will leave the players less time to spend on homework and with family.

It's already happening in places like Maroa and Monticello.

That’s why, in the end, this is a good idea. In a way, Proposal 23 was football's way of sacrificing itself for the sake of the other sports. Once the conferences reform, they’re going to make a lot more sense. In the district format, some football teams are going to end up with less travel, and some with more. But it’s not going to affect the volleyball and boys basketball teams.

Visit herald-review.com to see a replay of our reader question-and-answer session with Justin Conn and Joey Wagner of the Herald & Review about the Illinois High School Association change in football conferences.

Join the conversation at herald-review.com/letters.

Top sports stories of 2018 No. 7: Maroa-Forsyth a staple at state football

Few areas in the state have been immune to the conference shuffle driven by football.

Herald & Review Sports Meet-up: Come out and put the faces with the names you read every day

If you’re reading this, it’s very likely Joey Wagner, Matthew Flaten or I have talked to you or someone you know for a story in the Herald &am… 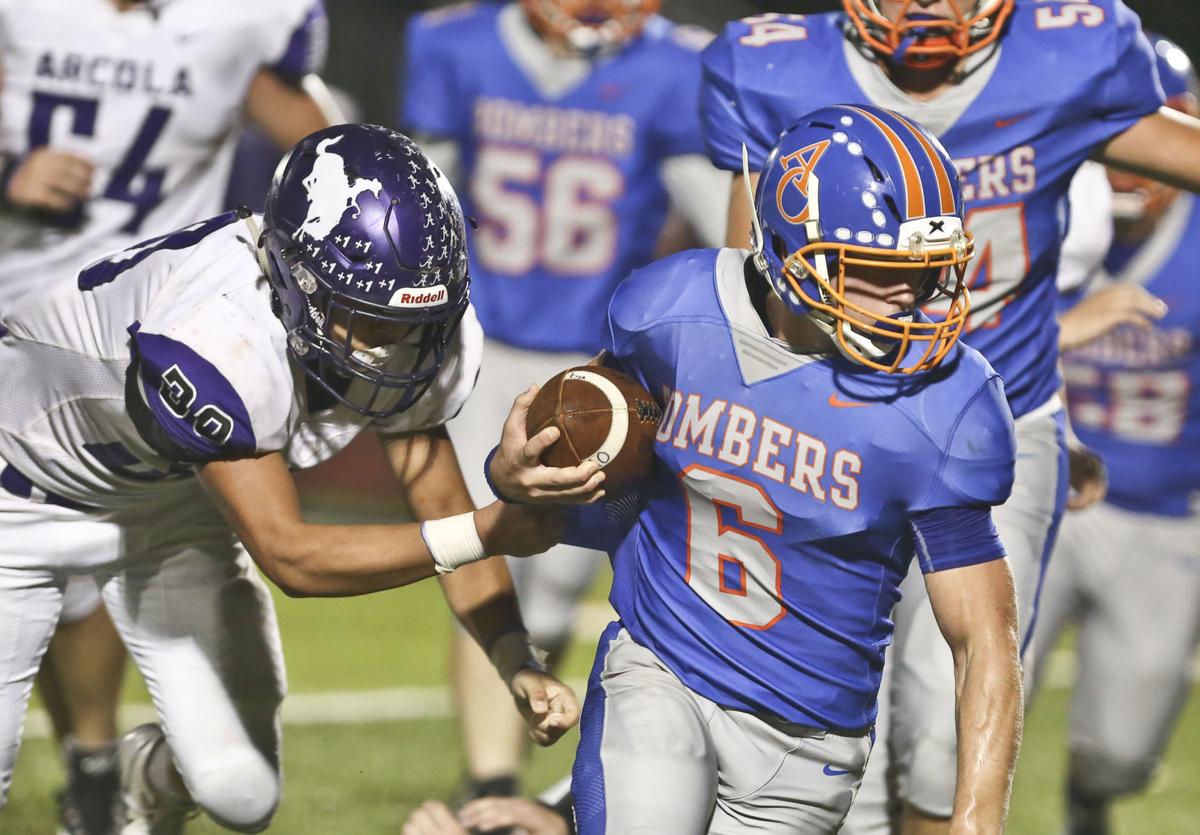 Argenta-Oreana found a home in the Little Okaw Valley Conference, but will now play as part of a Class 1A district in football. Would joining the Central Illinois Conference now be a better option for the Bombers in their other sports?