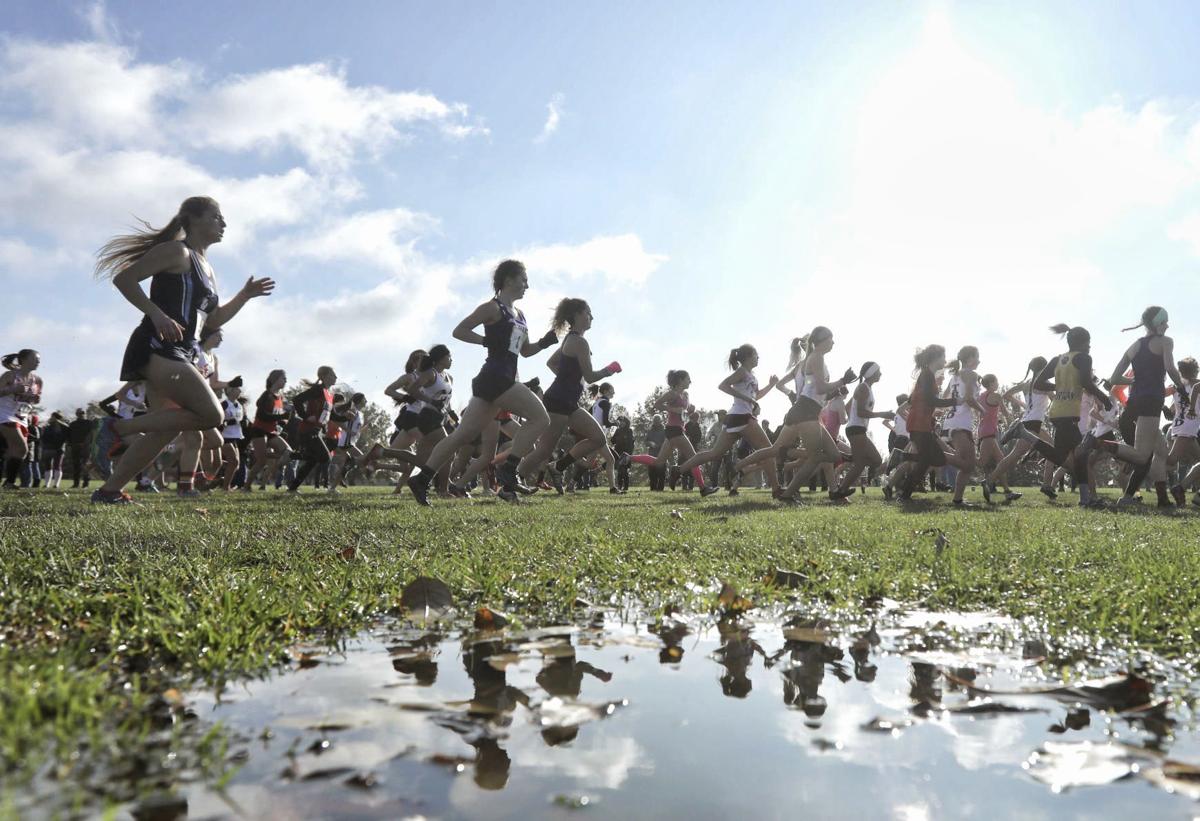 Runners compete in the 2019 Class 1A and 2A Girls Cross Country Sectional at Hickory Point Golf Course in Decatur. 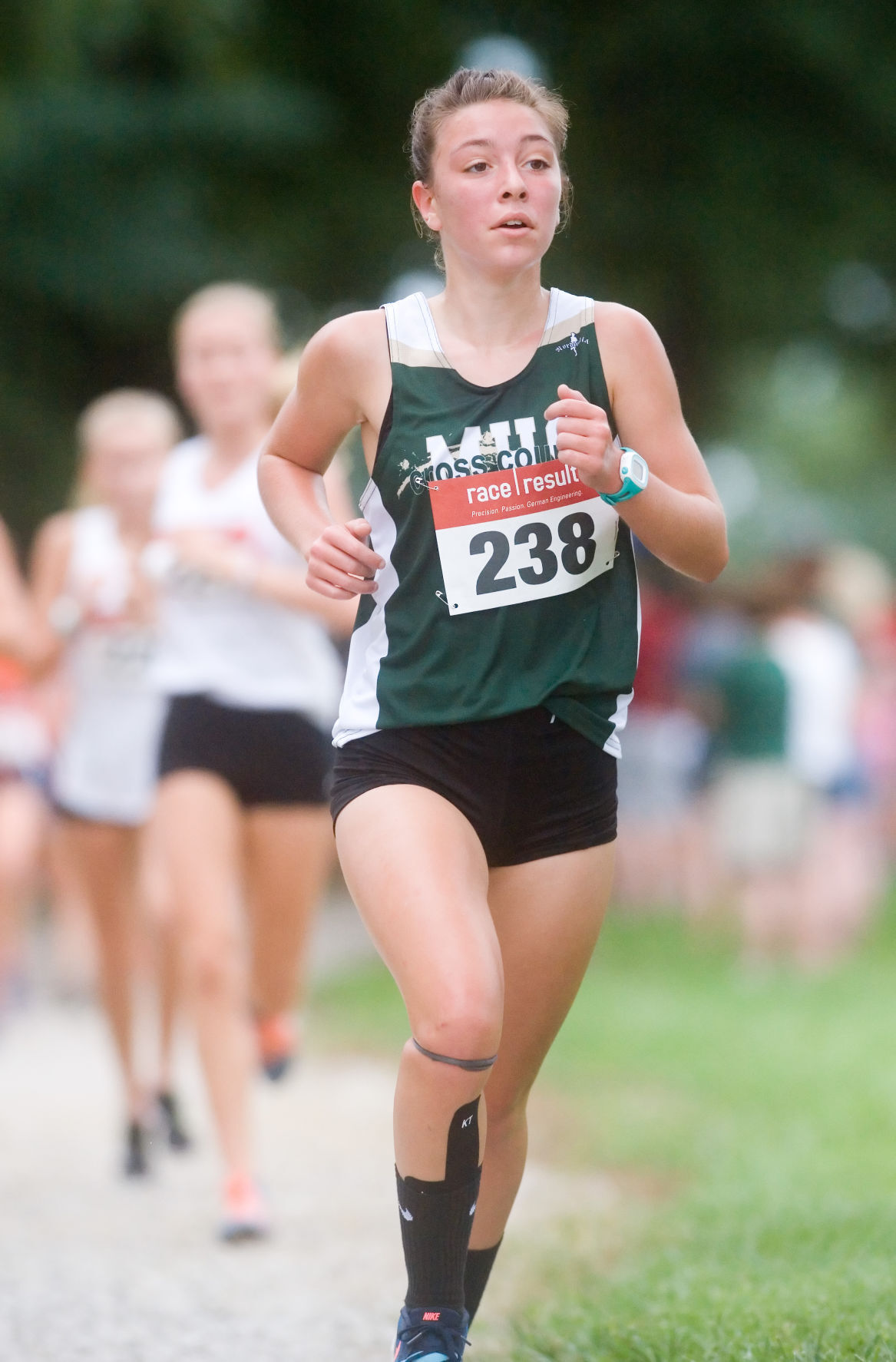 Mattoon's Kylie Haacke makes her way around the course during the cross country meet in Charleston in 2018.

At the start of the 2019 cross country season, not many people anticipated that Olney Richland County's Tatum David would go on to be a Class 2A state champion and run the fastest time recorded by a freshman. Unless you were closely following middle school cross country results, her arrival as an elite runner was an exciting development for running fans. David is now competing in Florida for her sophomore season, but the question remains: Who will be the next group of runners to make a name for themselves in the 2020 girls cross country season?

Monticello's girls team finished second at last season's Class 1A state tournament and they would have been in contention again for a state crown if the state series could have been run as it typically is. Instead for 2020, the IHSA recently announced that the postseason will entail just a single round of regional competition conducted the week of Oct. 19-25.

The Sages return their top six finishers at state last year, led by sophomore Mabry Bruhn. Bruhn finished 13th overall at Detweiller Park in Peoria last autumn with a time of 17:47 and she would be near the top again the next time a girls state cross country meet is held.

Bruhn's success as a freshman was a pleasant surprise for coach Dave Remmert who said last season that Bruhn's finish to races could be her strength: "Oftentimes with (young runners), you are working with them for a long time just to try to get them to run a pretty well-paced race. (Mabry) came right in and a lot of times her third miles are the fastest mile of the race. She has great endurance — endurance that I never thought she would have as a freshman."

Shelbyville's Spain focused on bouncing back

Shelbyville's junior runner Gabrielle Spain would be looking for a third consecutive trip to state this season after finishing 16th overall as a freshman two seasons ago. Last season's state series saw a 47th place finish for Spain, but Rams coach Chris Mosley says she and returning junior all-conference runner Brook Schutt have had a strong summer of training.

"Gabby has put in a terrific summer and I cannot wait to see what she does this fall," he said. "Brook has run over 500 miles this summer and we expect her to make a big jump this season. It should be a lot of fun."

Mount Zion runner Ashleigh Anderson picked the right time to set a personal record at last season's Class 2A state tournament. The junior set a personal best of 19:12 last fall and she leads an experienced group of runners who would have been looking forward to their third consecutive trip to state. Seniors Lilly and Lucy Griffith are looking to close out their high school career with a fourth consecutive regional title and sophomore Sofia Munoz and junior Emma Mallory also bring strength to the roster.

The Bulldogs will have a different look this season after the graduation of state meet qualifier Veronica Hein. Last season saw St. Teresa advance to sectionals after a second-place finish, behind Shelbyville, at the 1A Class regional. Freshman Ellie Stahr posted the team's fastest time at 19:55 and she, along with returning runners Morgan Brummer, Megan Dunscomb and Hannah Hollis, will look to have the team take that next big step.

Mattoon's Haacke and Charleston's Spoonhour hunting for another big season

Mattoon's Kylie Haacke and Charleston's Grace Spoonhour both qualified for the 2A state tournament last season as juniors and both look to continue their improvement in their senior seasons. It was Spoohour's first state appearance but Haacke also qualified as a sophomore and improved by nearly a minute over those two tournaments (20:37 in 2018 and 19:49 in 2019). Both girls will be in contention for a regional title in October.

It was quite the birthday present for Tony Clifton.

The IHSA announced Monday there will be no state tournaments this fall in golf, cross country, girls swimming and girls tennis. The seasons will end with geographic regional competition.

Runners compete in the 2019 Class 1A and 2A Girls Cross Country Sectional at Hickory Point Golf Course in Decatur. 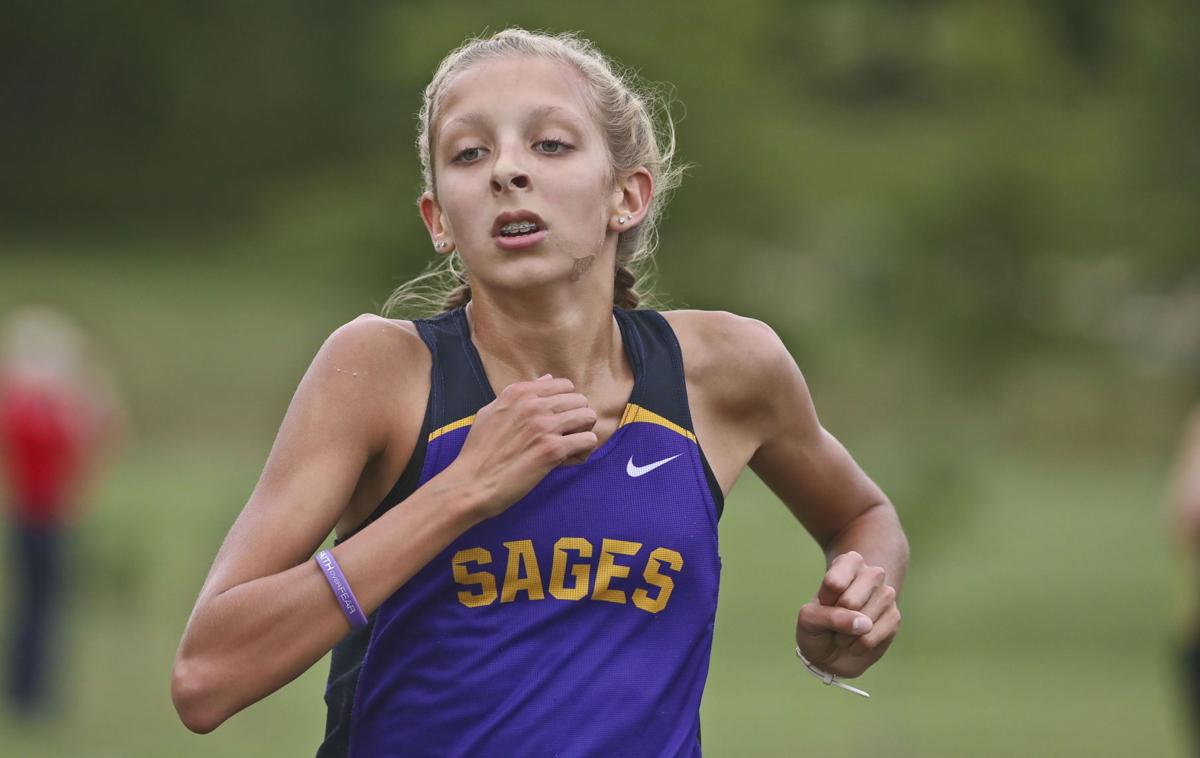 Monticello's Mabry Bruhn made a big impact on the cross country team as a freshman last year. 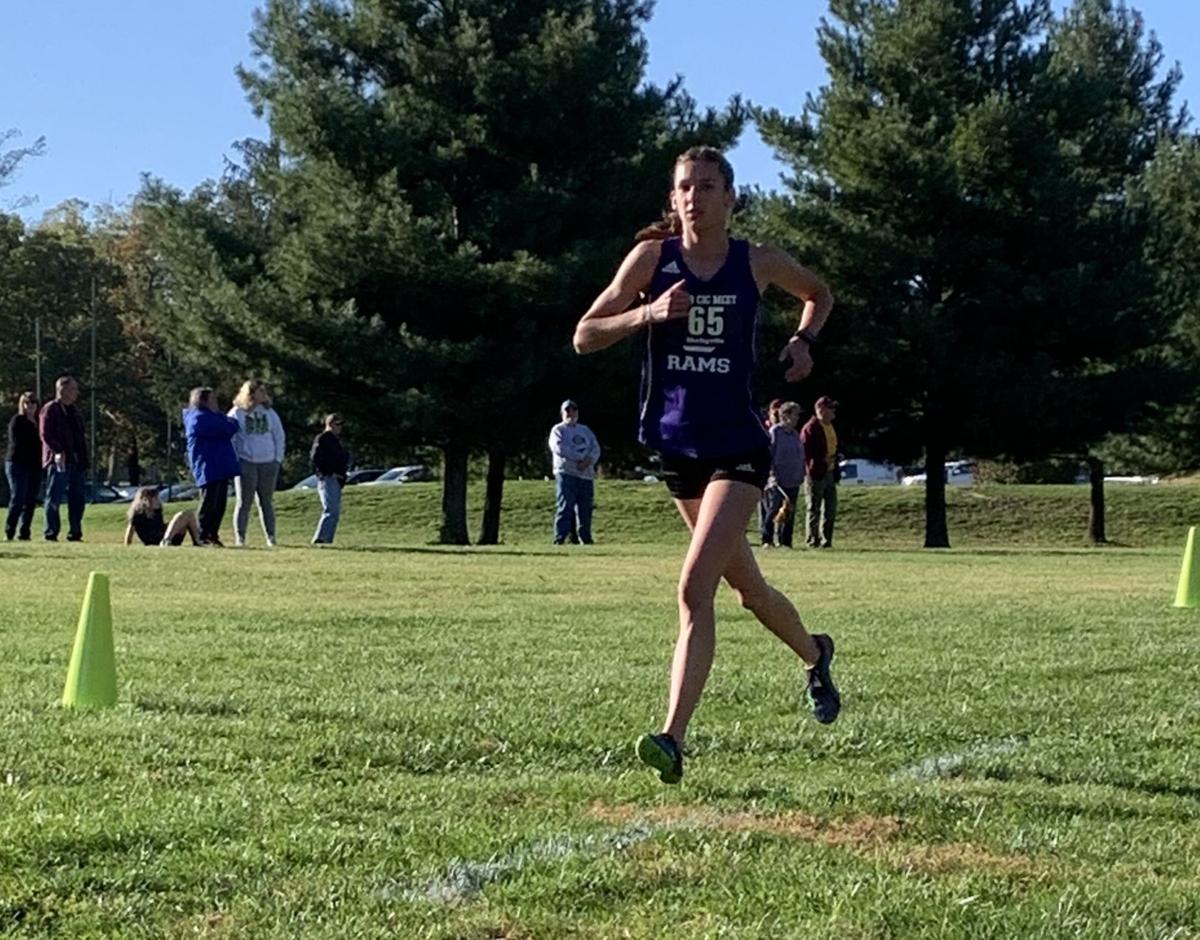 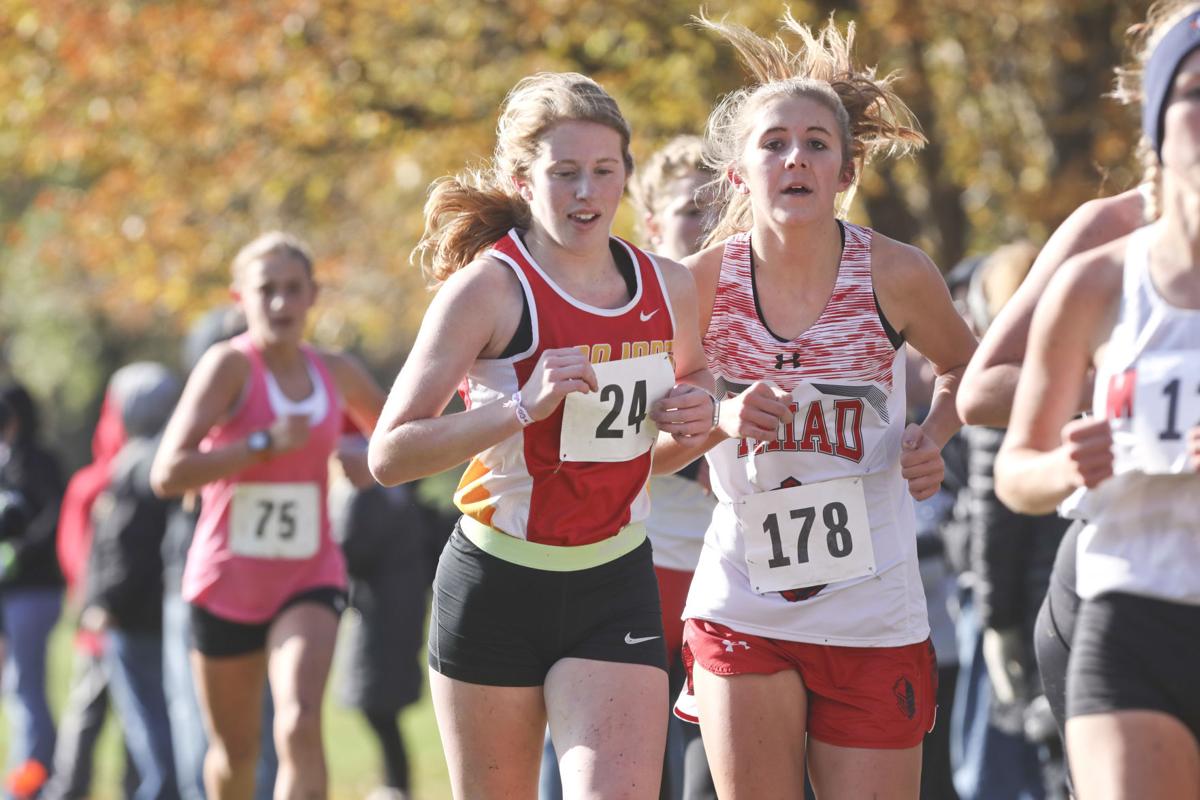 Mattoon's Kylie Haacke makes her way around the course during the cross country meet in Charleston in 2018.