SHELBYVILLE — On Saturday, Shelbyville sophomore cross country runner Gabby Spain will be surrounded by the best runners in the state.

Spain will be running at the Class 1A state meet for a second time, but she's not good with the names of other runners yet.

"Personally, I don’t really know the individual runners," Spain said. "I’ve never really gotten into that. I know some runners from seeing them at other races and I have heard it is going to be a great race. Class 1A is stacked this year."

Just one other runner stands out out for Spain — her Shelbyville teammate, Ailey Mitchell.

Together, the Rams' runners make each other greater than their individual strengths.

"Having two girls that finished in the state medals last year ... I don’t think they realize how much of a benefit it is to have each other," Shelbyville coach Chris Mosley said. "There is always someone to train with. If you are doing a workout and you need somewhere there with you, there she is.

Both runners excelled at last spring's 1A state track tournament — Spain finished third in the pole vault and Mitchell was second in the 3,200 meters and third in the 1,600 meters — and the success has carried over into the cross country season. The Rams captured the Central Illinois Conference title and the 1A Shelbyville Regional crown in the same season for the first time in school history. The last time Shelbyville won a regional title, in 2001, neither Spain or Mitchell had been born.

Since her breakout track season, Mitchell has been struggling with a low iron level, which has hurt her endurance. Iron is an important part of creating hemoglobin which carries oxygen to the blood — a critical part to a runners’ strength.

“Track season was the best season I’ve ever had," Mitchell said. "Coming off of that it really stinks because I know I could do so much better. I improved a lot and it’s frustrating. I’m usually a pretty good endurance runner, but it kind of takes that away. I can’t go as far as I usually can. I get tired quicker. It is extremely frustrating.”

Recovery is a slow process, but that hasn’t slowed Mitchell's resolve.

“She has persevered through her struggles this year. A lot of runners would see that and say ‘I’m defeated,’ but she keeps going,” Spain said.

Even with the setback, Mitchell’s determination influences her teammates.

“She definitely sets the tone for us as a team and you aren’t going to find anyone that can outwork her, period,” Mosley said. “We really have tried to create a culture of hard work over the last couple of years and she really sets that one for the rest of the girls.

“They know that seven days a week she is out there getting something in.”

This season has also been one of transition for the Rams, with Mosley taking over for long-time coach Kevin Kramer, who retired after 32 years as coach of the cross country and track teams. Mosley ran for Kramer in a regional-title-winning team in 2007 and served as an assistant coach for 10 years under Kramer.

Mitchell said she found a lot of inspiration from Kramer.

“Coach Kramer is an amazing coach. He has made me really enjoy running and he has always been a person that I wanted to work hard for,” she said. “He has inspired me and he’s a great coach and I still talk to him all the time. He made me want to work for him.”

Spain set a personal best time of 17:54 at last year’s state meet (finishing 16th overall) and this year the strategy will be finding a good placement in the first half and then turning on the burners.

We don’t want to get sucked out too fast — that’s our main concern that everyone is going to go out really fast," Mosley said. "Coach Kramer put our motto in place — first half pace, second half race. We should see very fast times on Saturday. Everything is setting up for a fast race.” 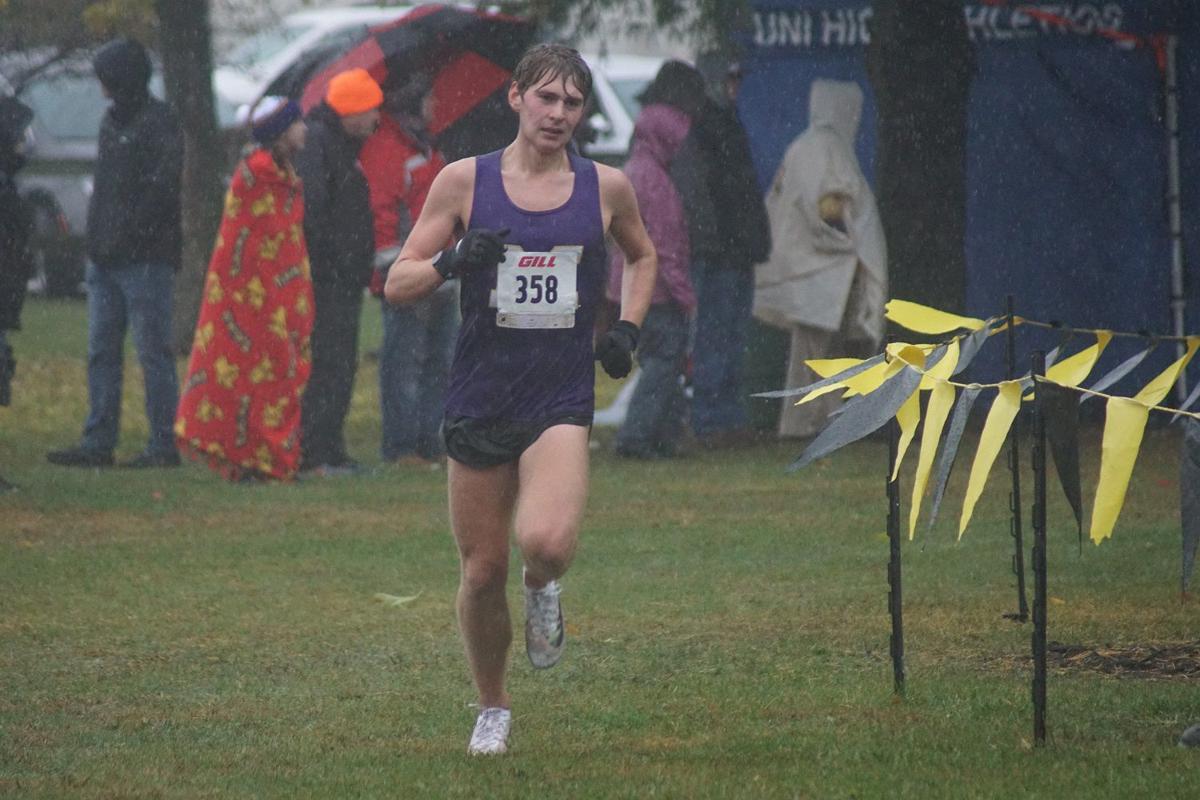 Monticello's Luke Sokolowski runs during the Class 1A Tuscola Regional on Saturday. Sokolowski finished third to lead the Sages to the regional title. For more photos and full results from all the area regionals, go to hrpreps.com. 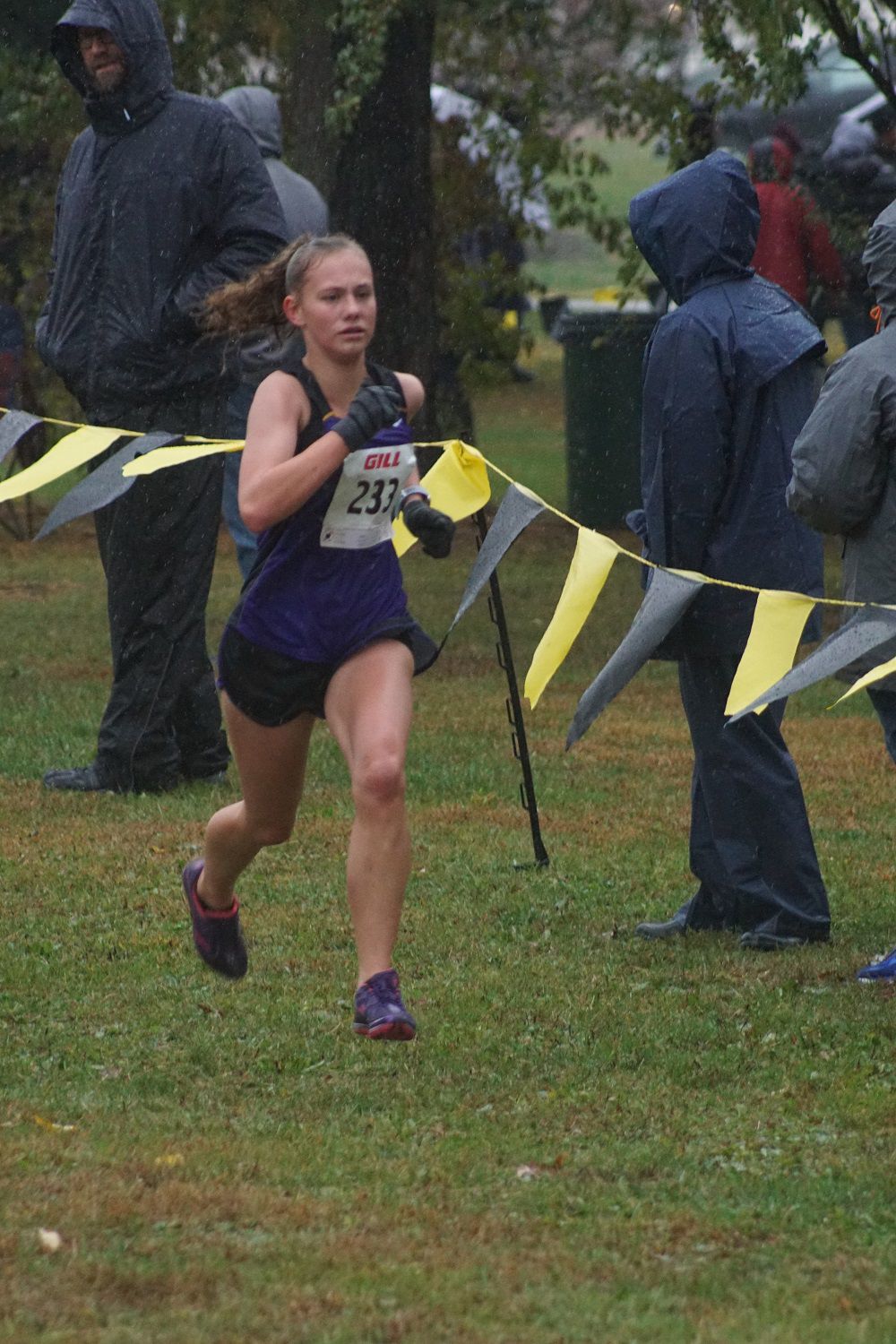 Monticello's Kyara Welter runs at the Class 1A Tuscola Regional on Saturday. 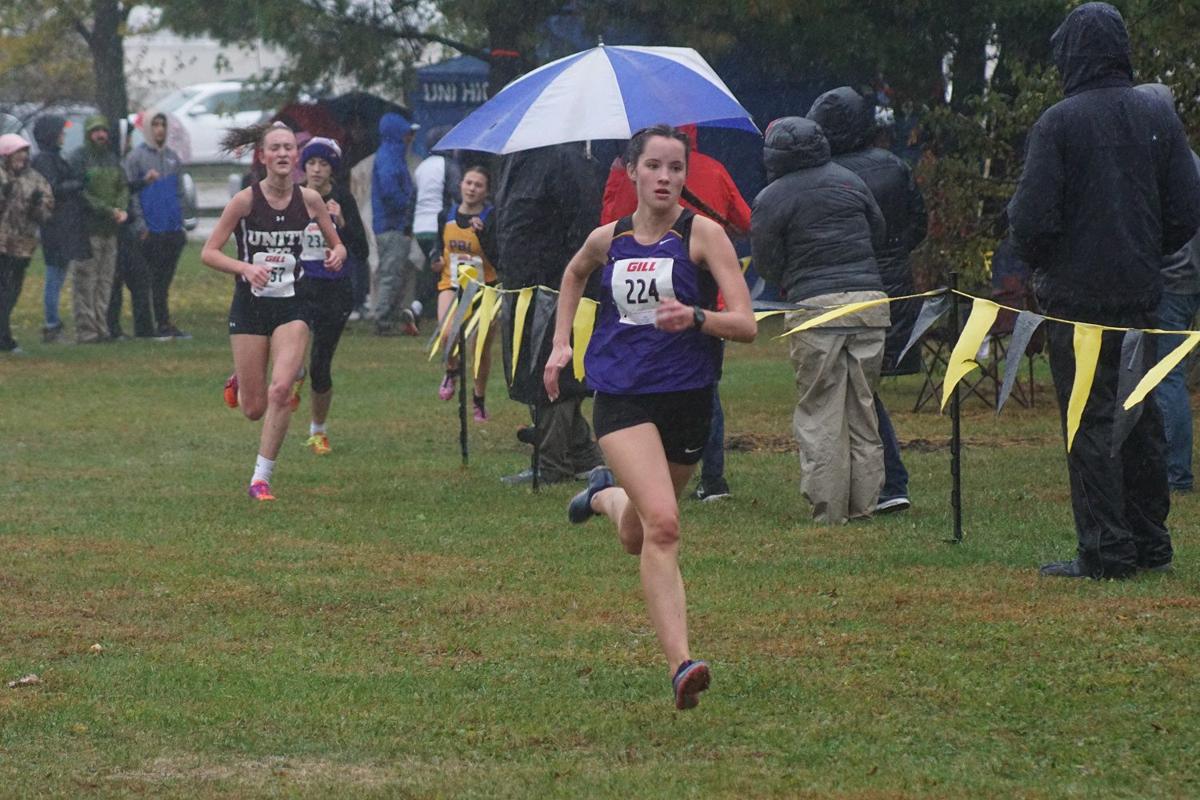 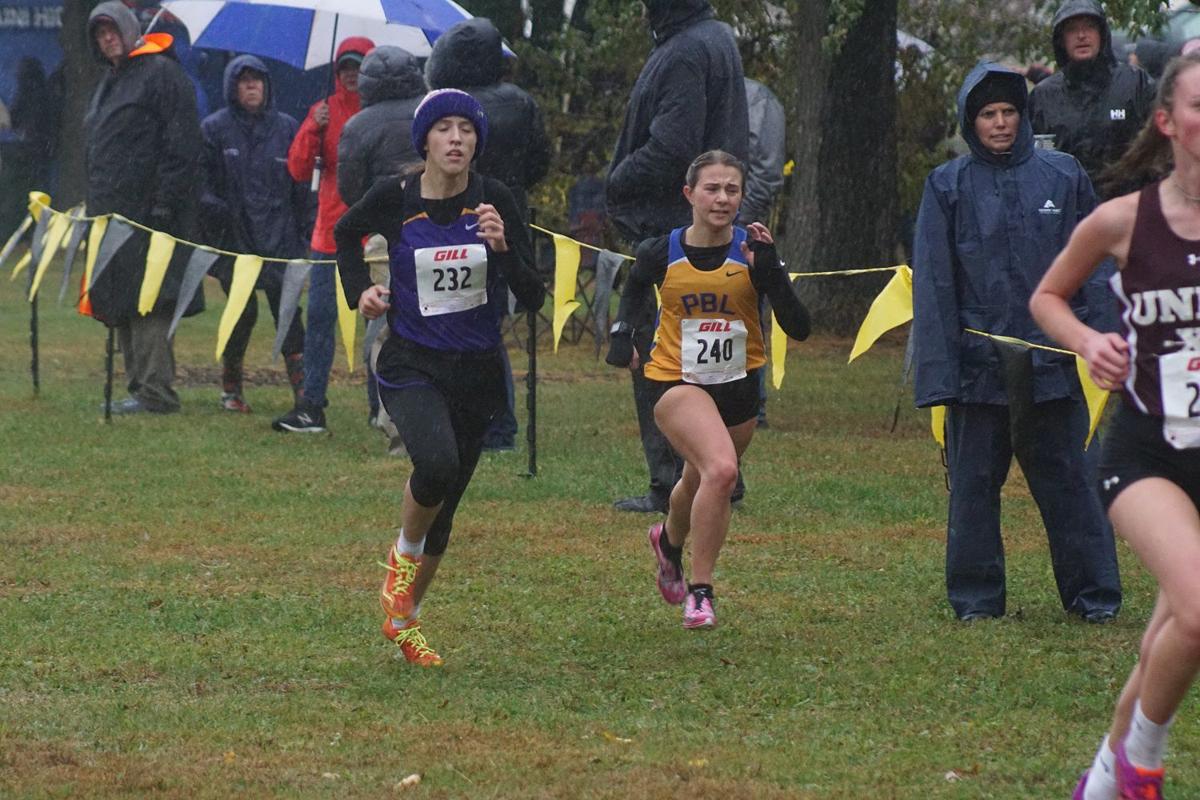 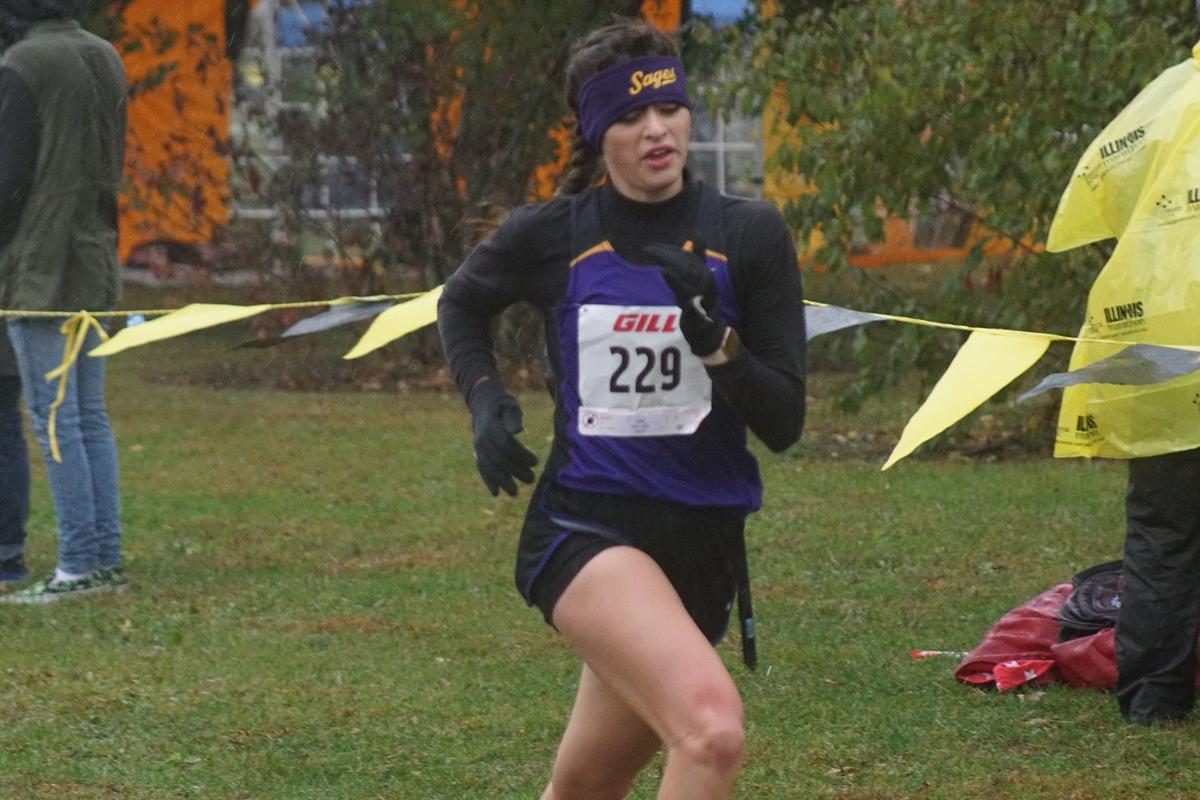 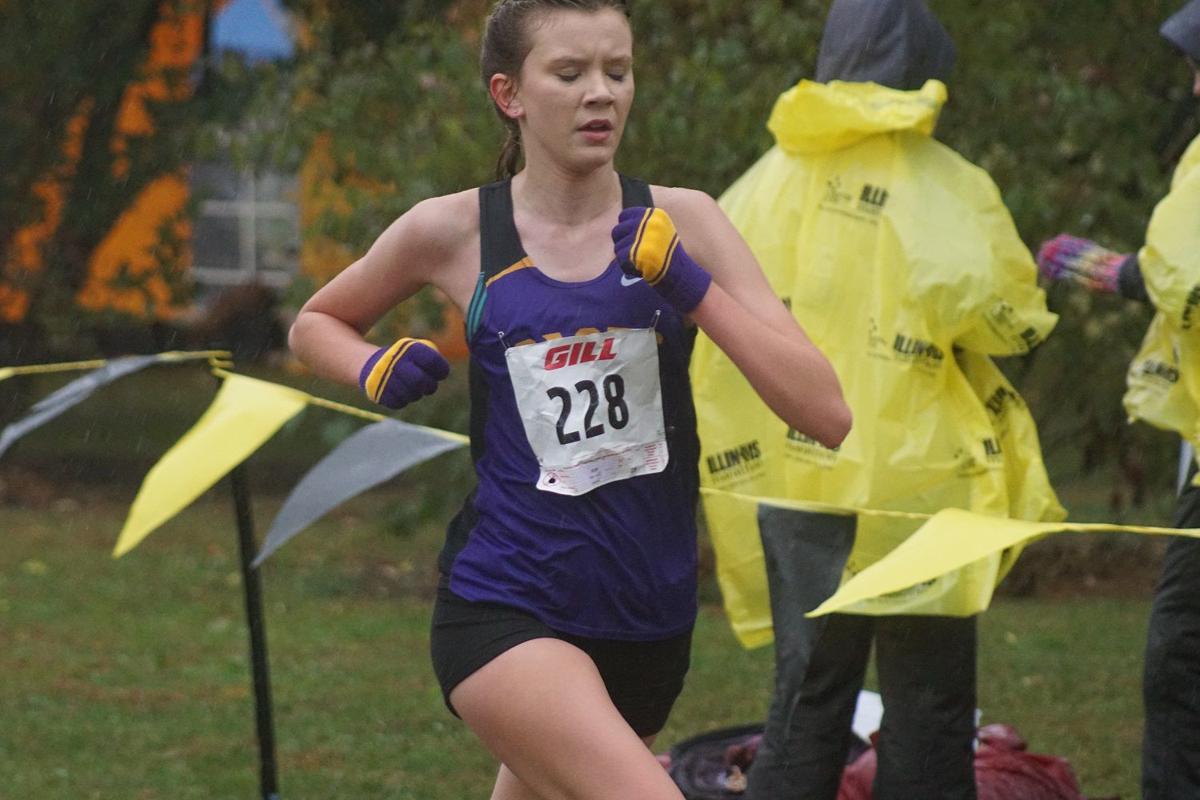 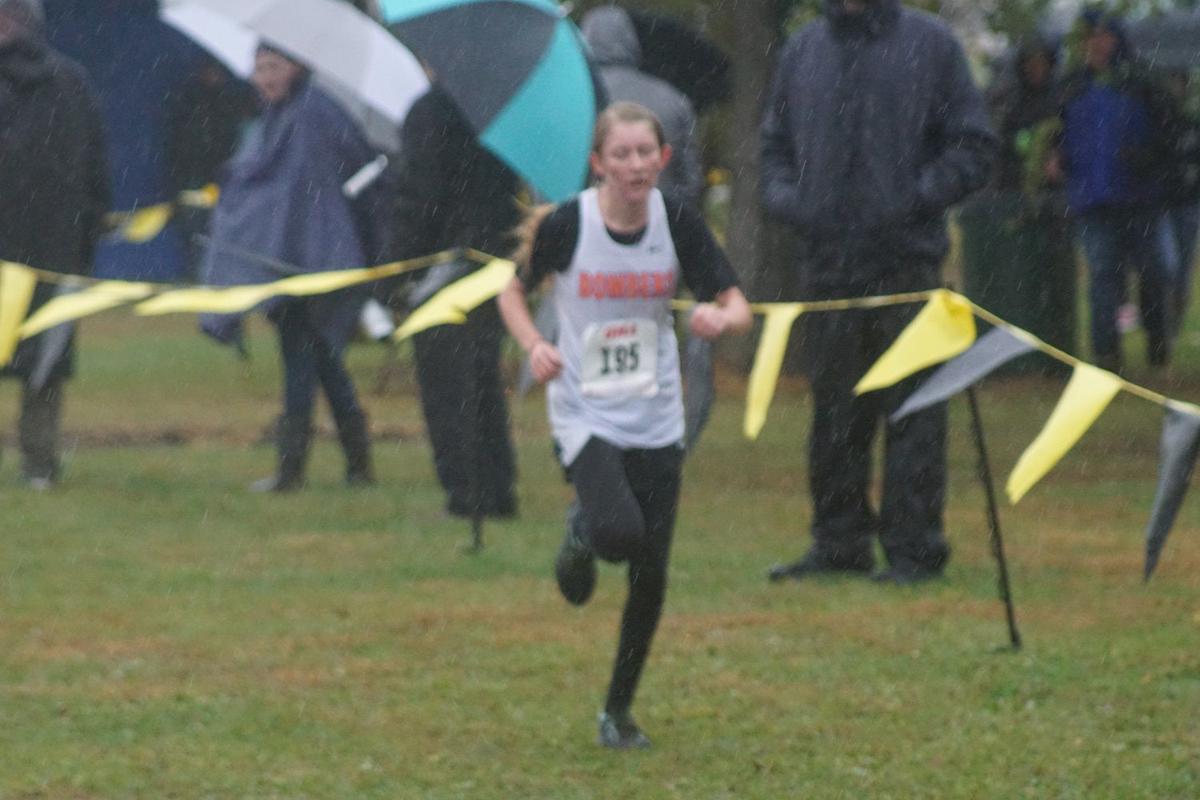 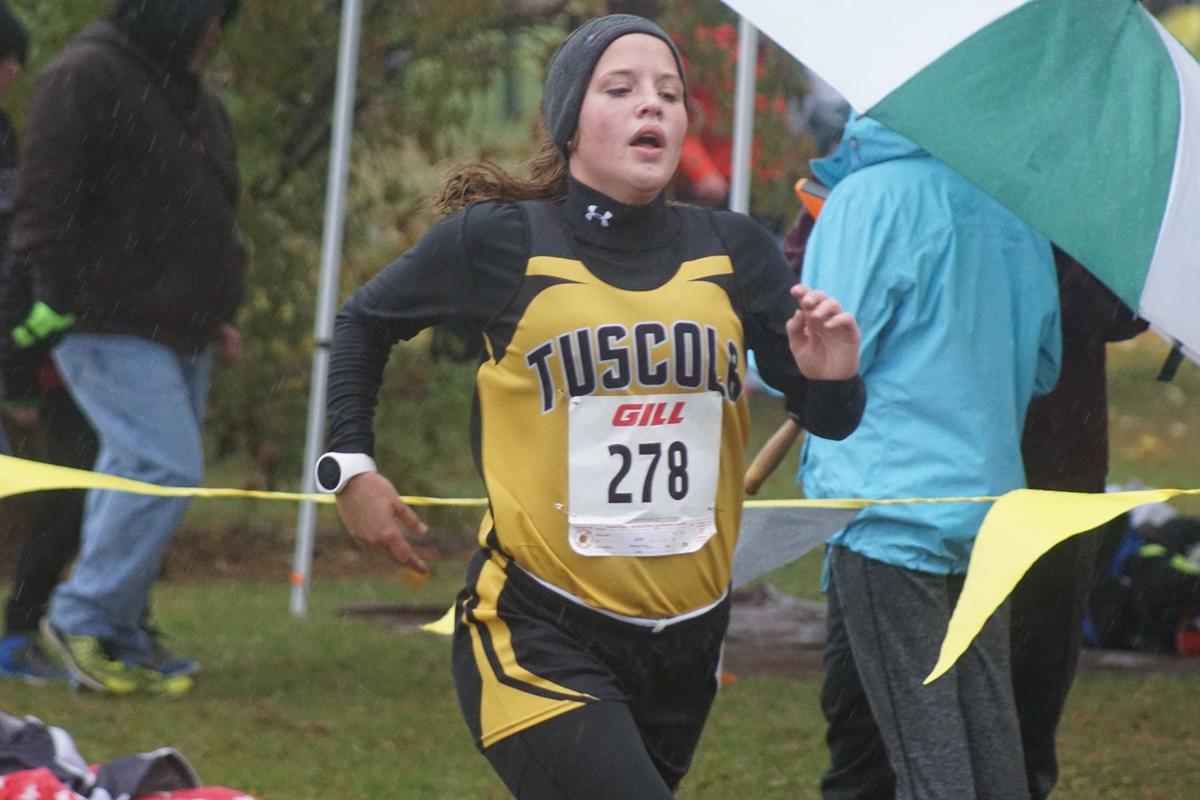 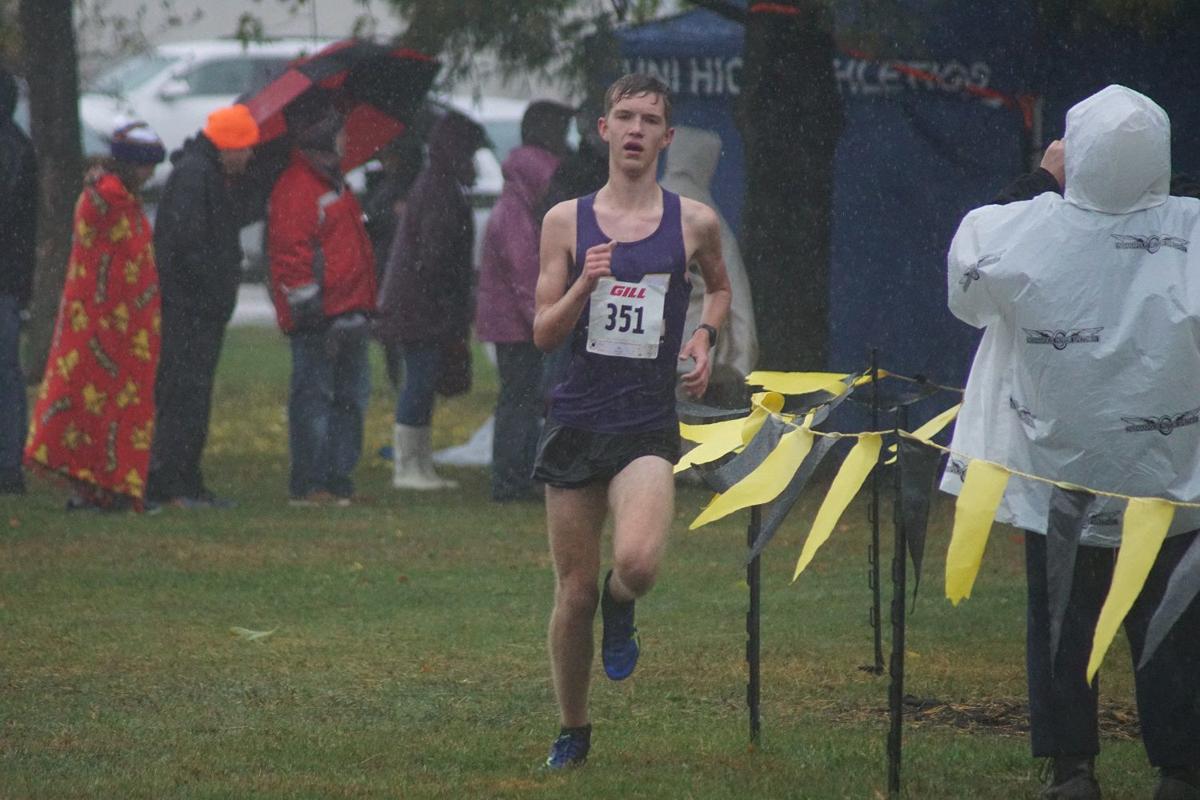 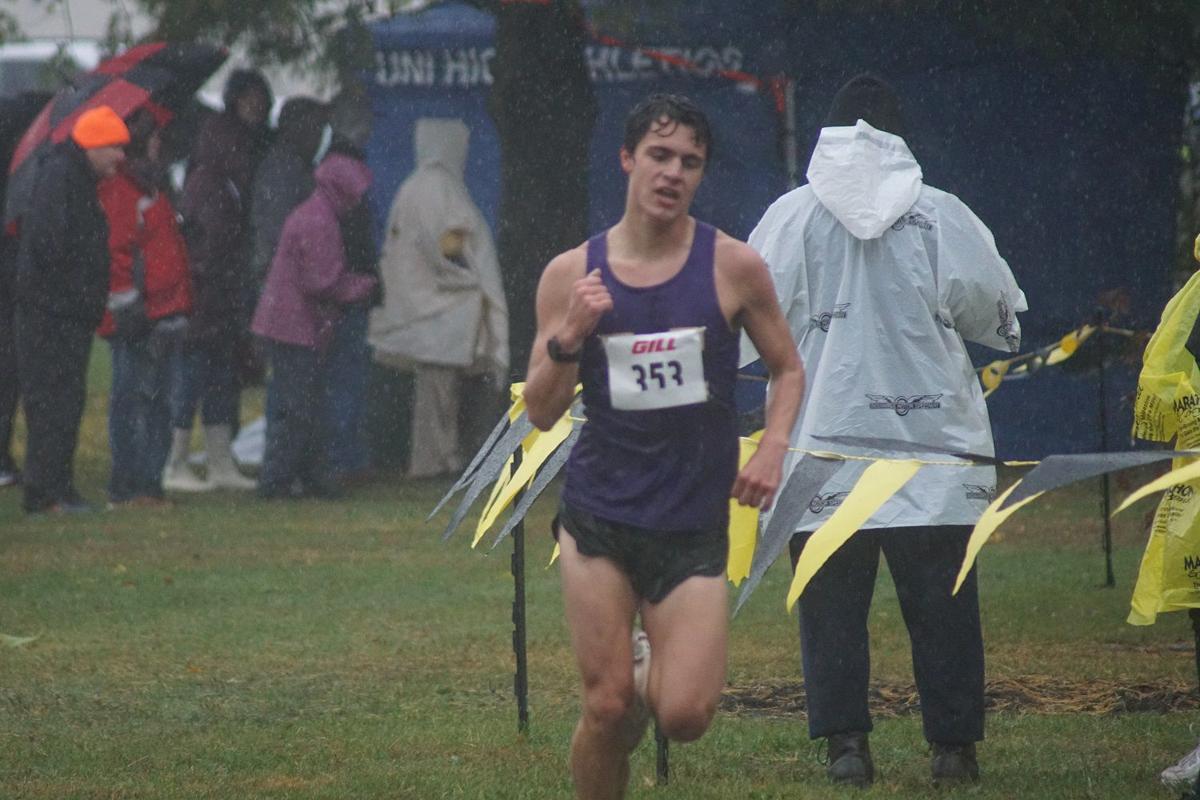 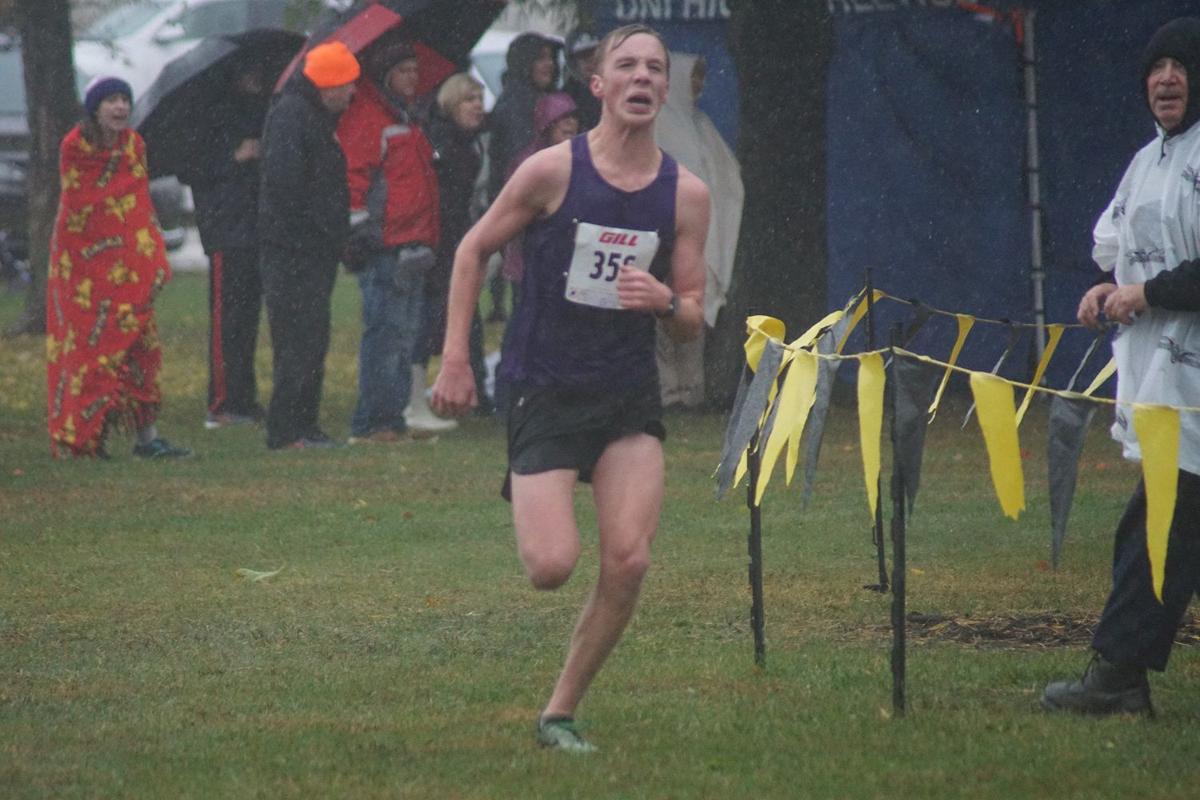 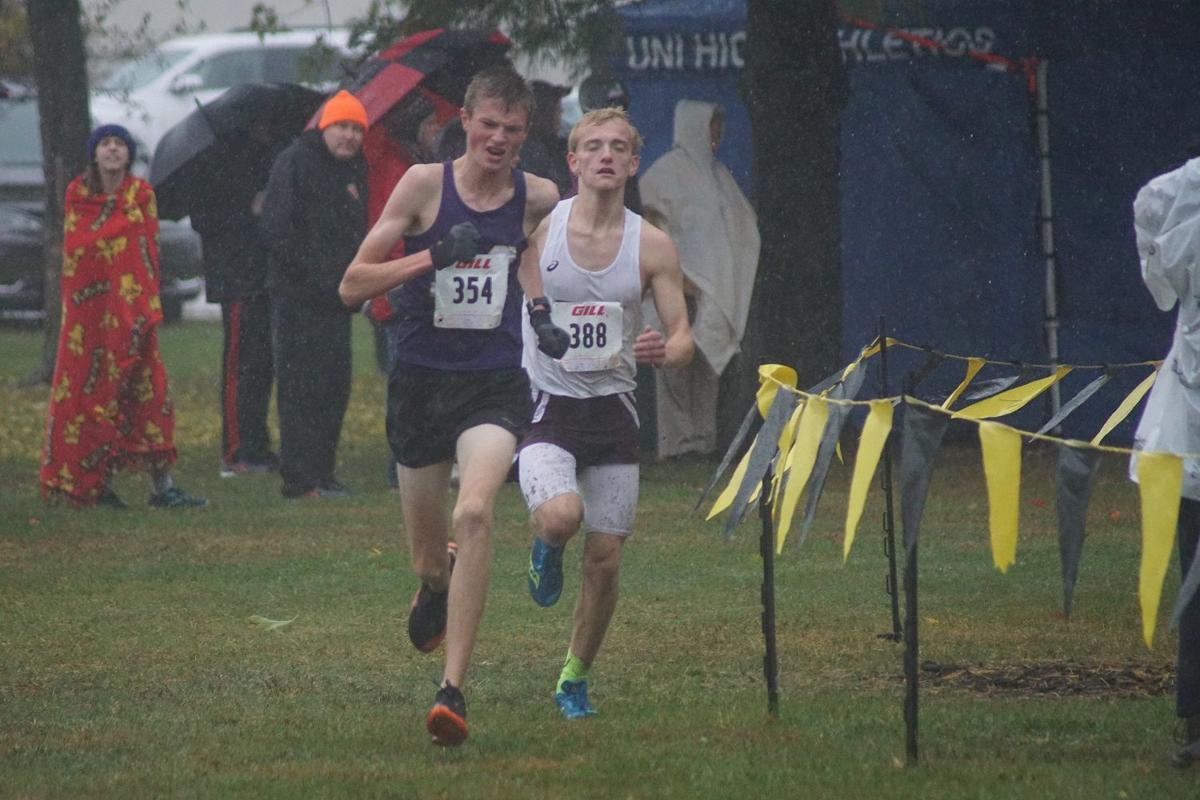 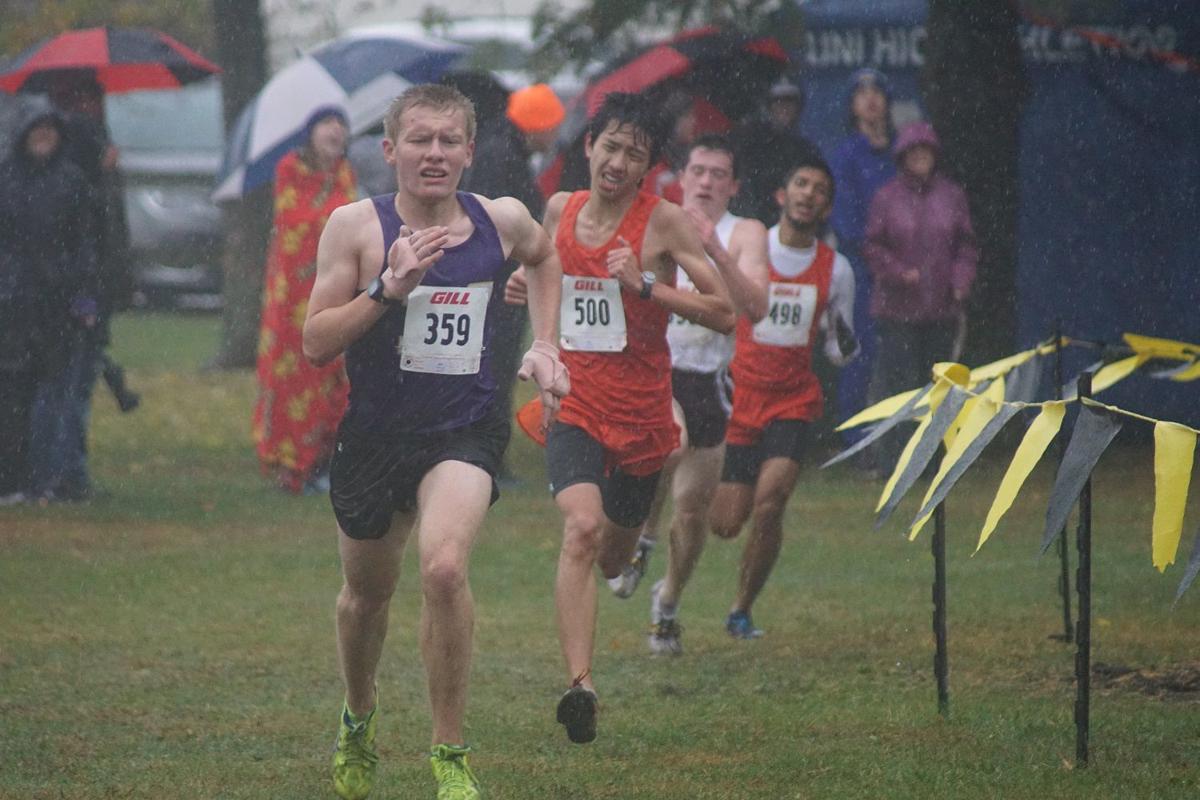 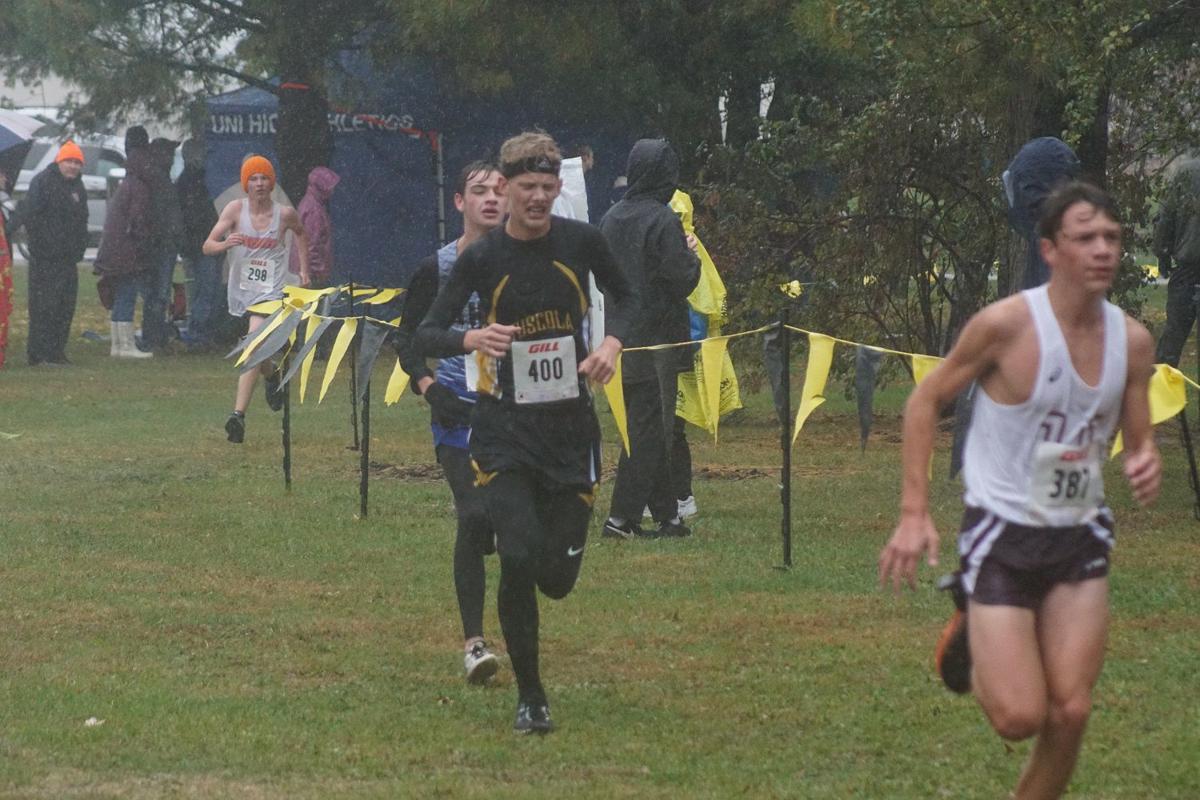 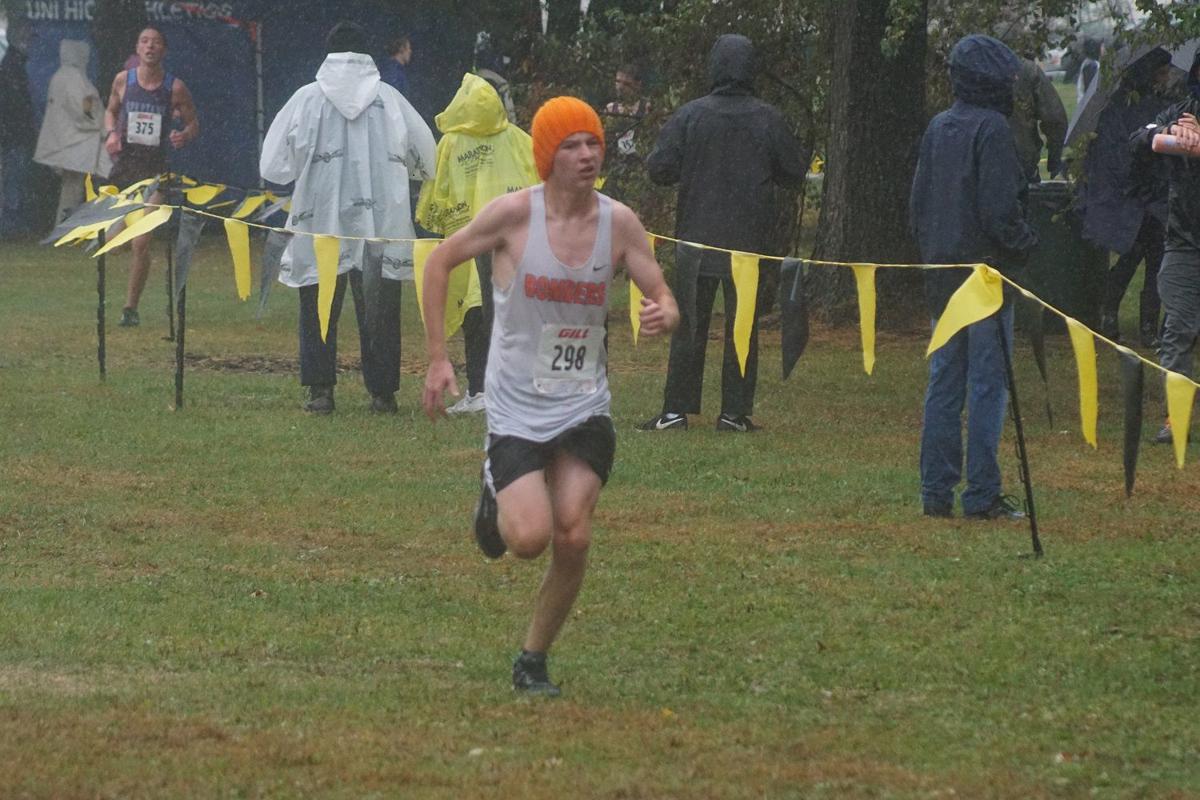 Monticello's Luke Sokolowski runs during the Class 1A Tuscola Regional on Saturday. Sokolowski finished third to lead the Sages to the regional title. For more photos and full results from all the area regionals, go to hrpreps.com.

Monticello's Kyara Welter runs at the Class 1A Tuscola Regional on Saturday.

Who to watch at state

DECATUR — Remember the name Tatum David because it is going to start appearing everywhere.

DECATUR — It would have been easy to panic.

MONTICELLO — It all clicked for Josh Baysore this summer.

SHELBYVILLE – A meeting to voice questions and concerns about the rise in assessed valuation on farmland will be held at 7 p.m. Monday, Nov. 1…

AREA BOYS CROSS COUNTRY RUNNER OF THE YEAR: Monticello's Luke Sokolowski from a cast to a state championship this season

Sokolowski reestablished himself as the Sages' No. 1 runner and finished the season with a personal best at the state meet, propelling Monticello to the state title.