NOTES: Sacred Heart-Griffin sits at the top of the Central State 8 conference, along with Chatham Glenwood, at 4-0 this season. MacArthur is a game behind, with Rochester, with a 3-1 mark this season. Rochester hosts Glenwood this week. ... The Cyclones are ranked No. 2 in Class 4A in the most recent AP poll behind No. 1 Joliet Catholic. ... SHG head coach Ken Leonard has announced he will be retiring at the end of this season and he will go out at the Illinois high school football's winningest coach with more than 400 career wins. In this year's Leonard Bowl between Leonard and his son, Rochester head coach Derek Leonard, the Cyclones won 62-27. ... The passing attack leads SHG's offense, with QB Tyaire Lott at 973 yards passing and seven touchdowns. The rushing side has only 586 yards on the ground through four games but those have come near the goal line — the Cyclones have 14 rushing TDs. ... MacArthur looks to keep some momentum going after a dominating win in the Decatur city game last week against Eisenhower. Generals quarterback Brylan McHood-Jones had four touchdowns last week (three rushing, one passing). The Generals last defeated SHG in 2017 with a 34-32 victory.

NOTES: Tuscola had a tough loss to Shelbyville at home last week and doesn't want to lose any more ground in the Central Illinois Conference race. The Warriors were without running back Ben Hornaday last week and the Rams were able to limit Tuscola's offense to 64 yards rushing and 51 yards passing. ... Central A&M had to have some last-minute heroics to defeat Clinton, scoring two fourth quarter touchdowns to beat the Maroons 13-6. Running back Colby Morrison had another strong performance, running for 117 yards on 15 carries. QB Drew Damery was 8-for-14 for 97 yards and two scores.

NOTES: Arcola and Cumberland — the last two Lincoln Prairie Conference teams undefeated in conference play — do battle to take the conference lead on Friday. Both teams started the season by losing both of their non-conference games (Arcola to Tuscola and Braidwood Reed-Custer and Cumberland to Shelbyville and Tuscola) but have corrected things the last two weeks. Cumberland held off a comeback by ALAH in Week 4 and Pirates quarterback Bryant Weber threw for 268 yards and three touchdowns. Receiver Trevin Magee caught those three scores and had 149 yards. ... Arcola running back Grant Wilson had a huge game against Tri-County with four touchdowns and 113 yards. Quarterback Tanner Thomas had an all-around stand out game by throwing for a touchdown, rushing for a score and also catching a TD pass thrown by receiver Austin Kutz last week.

The former Johns Hill student had Decatur boxing crazy during his title run in 1940-41.

Check out each nominee for player of the week and scroll to the bottom to make your vote. Voting will continue through Thursday at noon, with …

Live Week 4 score updates from throughout the Central Illinois area

Check out all of the weekend's final scores.

Among those inducted were the 1972 MacArthur football team that was undefeated.

The Generals won 33-0 as quarterback Brylan McHood-Jones had four touchdowns.

Flaten: Going into Week 5, here are takeaways from the first half of the high school football season

Top story lines include a surprising Sullivan/Okaw Valley, a game of the year contender between St. Teresa and Shelbyville and MacArthur's battle to get back to the playoffs.

The Pioneers improved to 3-2 and the Panthers fell to 0-5 on the season.

The Braves improved to 4-1 on the season and the Railers fell to 2-3. 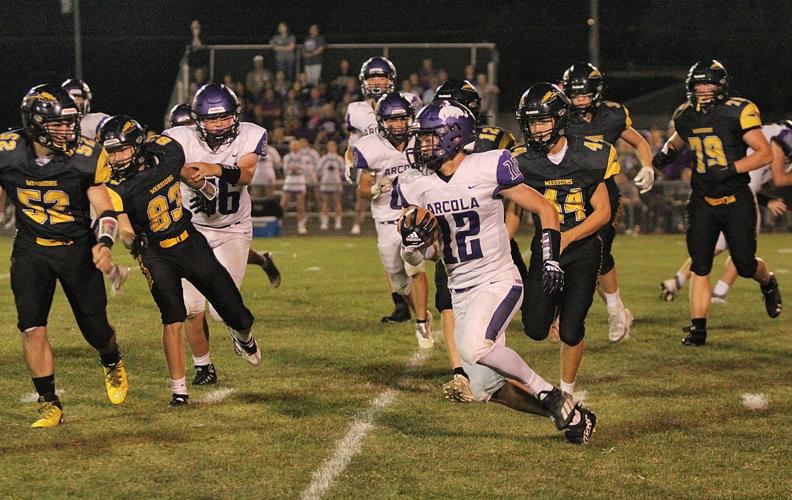 Arcola quarterback Tanner Thomas (12) runs with the ball against Tuscola in Week 1. 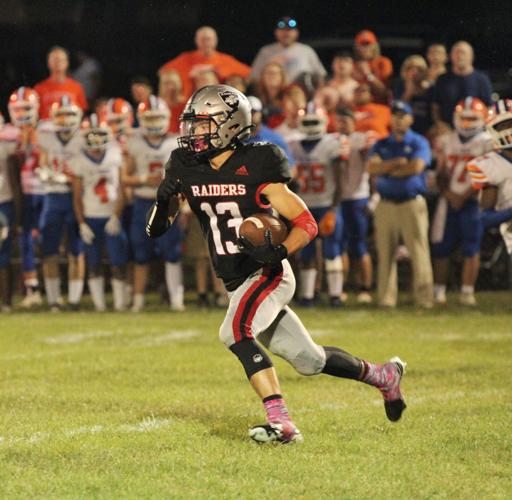 Central A&M running back Colby Morrison at 117 yards on the ground against Clinton last week. 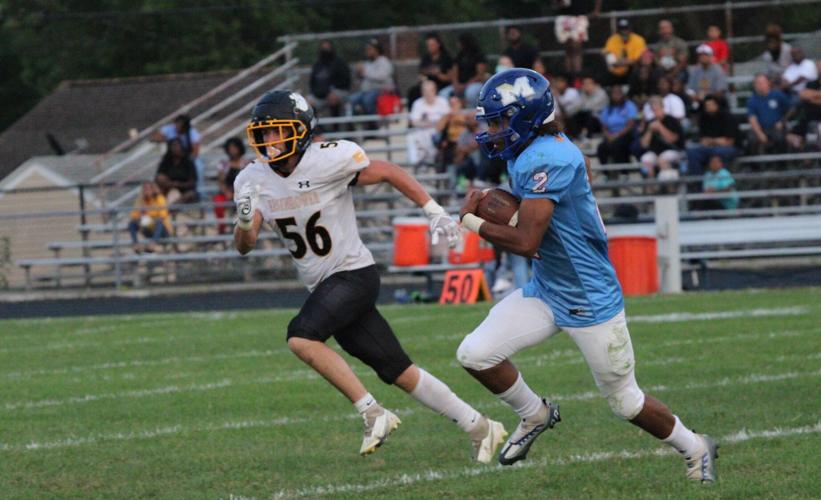