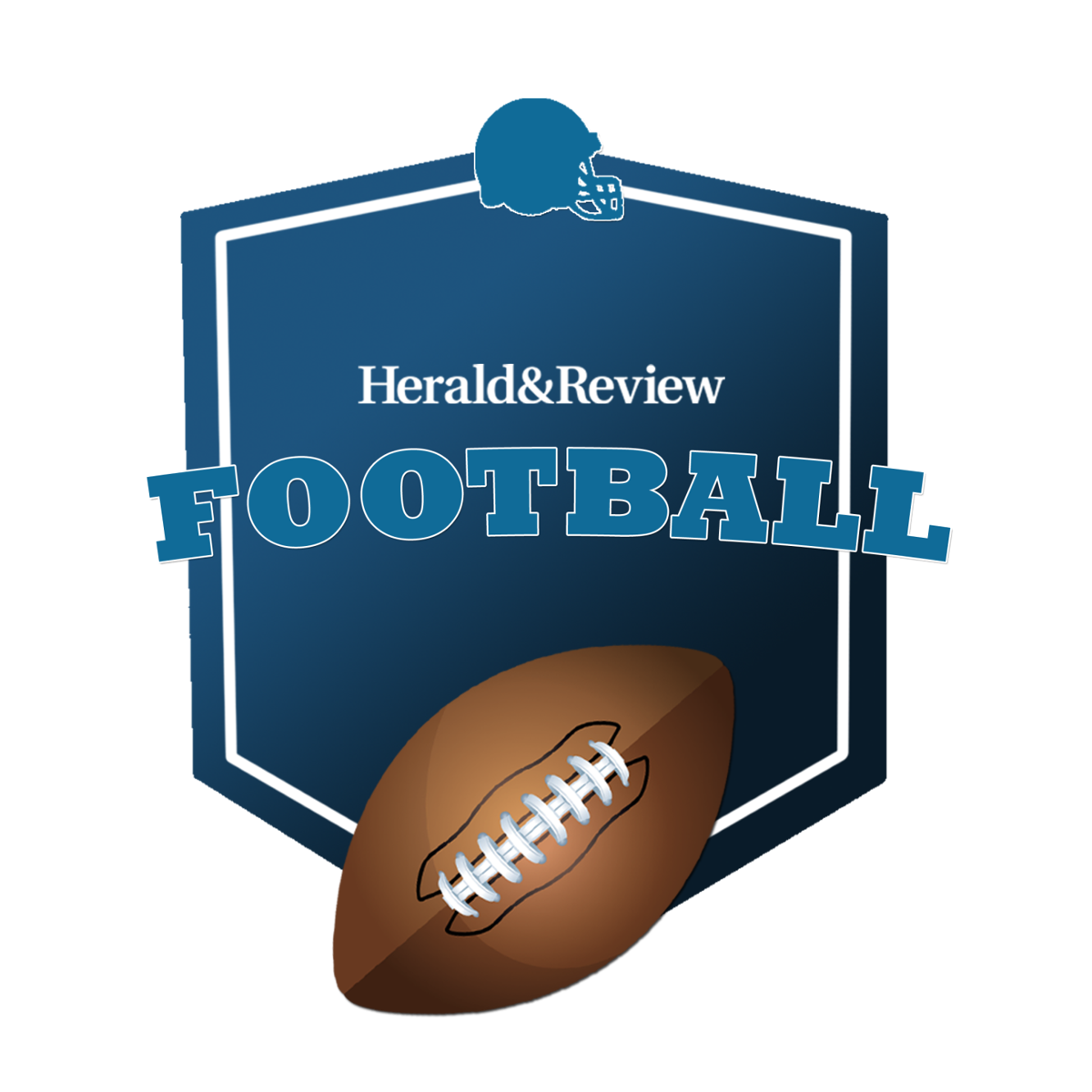 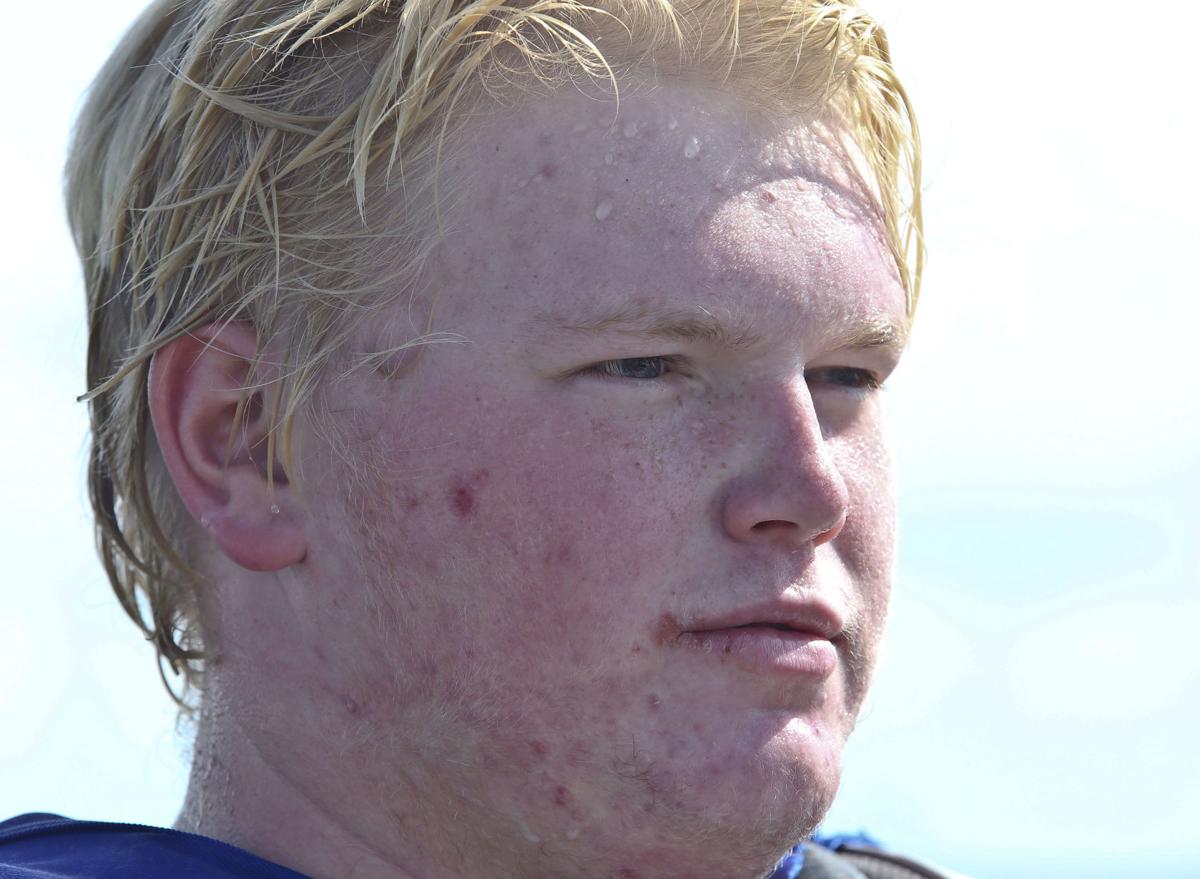 Maroa-Forsyth senior Lane Ohlemeyer has been a two-year captain and finished second in Class 2A each of the last two years. 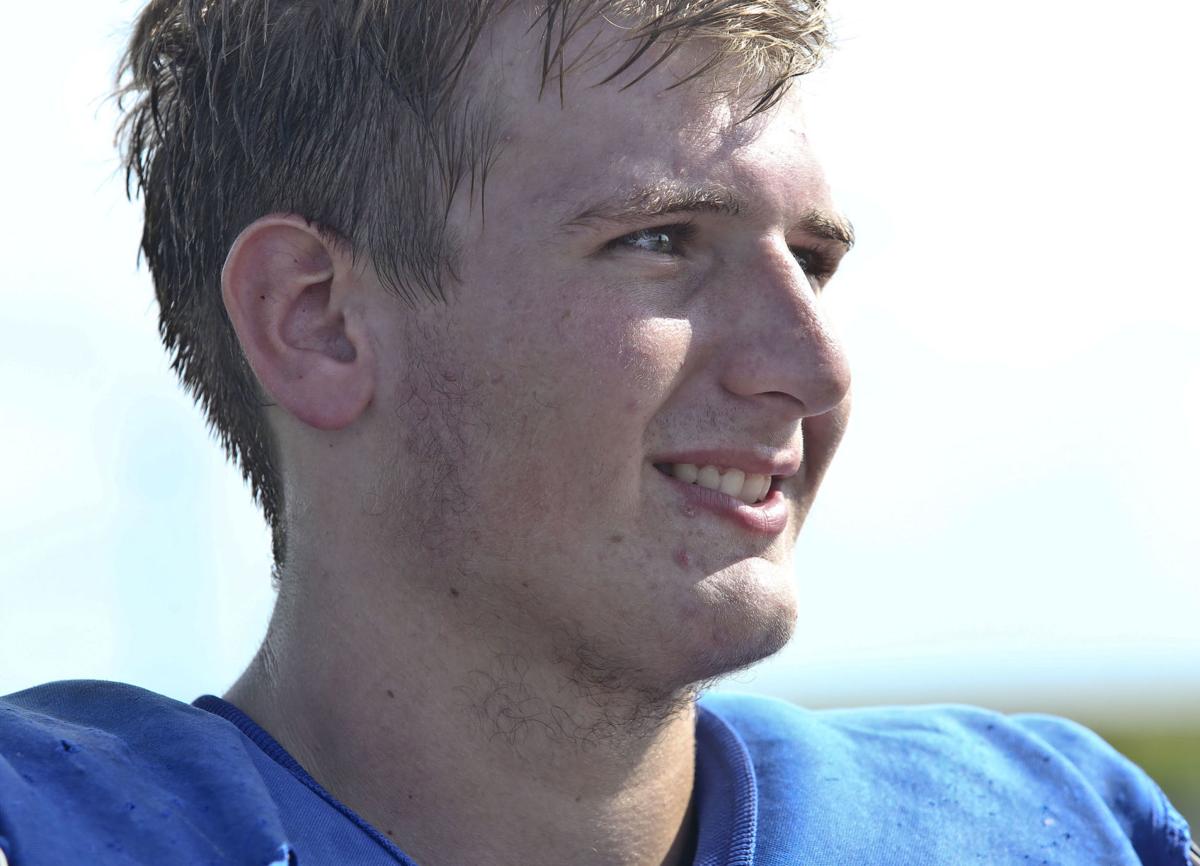 Maroa-Forsyth senior Tucker Klein is a returning starter on the Trojans' offensive line.

Then as a sophomore, he didn't even snap a football until Week 5, and by Week 7 he had to make an appearance against Auburn.

Everything happened in a hurry.

Now, Ohlemeyer is a senior leader on the offensive line for the Trojans, which is bigger than it was last year — and that was already a considerably larger group than Maroa head coach Josh Jostes has had in the past.

Ohlemeyer, a center, stands at 6-feet, 286 pounds and is one of two returning starters along with 5-11, 224-pound left guard Tucker Klein.

“It’s the same kids who are a year older," Jostes said of this season's group. "Then the kids who are replacing in Murt (Jatoi) and Brandon (Goede), are going to be bigger than they were."

Being a bigger-than-normal line isn't new for this group. The players have known for a while that they have a physical advantage over most opponents.

“We go into everything, lineman competitions, games and everything like that — knowing that nobody can handle us and not to leave anything left in the tank," said Ohlemeyer, a two-year captain.

Ohlemeyer calls out pass protection for the Trojans, a daunting task for any high school lineman.

He also passes the eye test and helps give the Trojans' offensive line an intimidation factor.

Last year, the line entered most games bigger and stronger than opposing team's defensive lines, though the Trojans can agree that Williamsville and Gibson City-Melvin-Sibley were just as physically imposing.

Outside of that, there were a few linemen here and there who could match the size and skill of the Trojans, but not many.

Maroa could enter games with confidence, and feel it build over the course of a game.

"It's knowing that you can manhandle a team and knowing when you go into a game that they’re intimidated by you and you’re not going to let up on them," Klein said.

“There are times in games when you can feel the other team is mentally tapped out and they know they’re physically not as good as us."

Last year, the group protected quarterback Ian Benner, and paved running lanes for him. They were also key in now-graduated running back Deondre Gergory's dominance on the ground.

Benner is back and is bigger and stronger and just as fast, a nightmare in itself for opposing teams. But the Trojans will replace Gregory with a two-headed tandem of Max Davenport and junior Gavin Clifton.

Keeping Benner upright and giving him time to make throws is crucial to moving to a third consecutive state title game.

“We know going into games that he’s our guy that we have to watch," Ohlemeyer said. "He’s like our little brother, even though he’s taller than most of us. We all protect him, we all love having him behind us and don’t want anything to happen to him."

Make no mistake: The Trojans line may be bigger and stronger, but that doesn't mean they're slower.

“It’s great having a big group of guys," Ian Benner said. "For one, they're big, but they can run. I can stay back in the pocket when I need to and when we need to get out and run, we can."

Jostes has seen 40-yard dash times plummet for players like Ohlemeyer and Klein. That fits into the system Jostes has implemented that his line, specifically guards, need to be able to pull and run to block on running plays.

Admittedly, the first time Klein saw it, he wasn't sure he'd be able to do it.

He slimmed down a bit and has no problems hustling to the outside to pave the way for running backs.

“We feel like we have some kids who will allow us to do what we want to do, which is mainly pull and run, and we want to throw when we want to throw," Jostes said. "I don’t see our identity changing at all."

Jostes didn't need to find extra motivation this summer when his team was in the weight room working on getting bigger and building speed.

Back-to-back Class 2A runner-up finishes were enough to inspire his team — specifically seniors like Ohlemeyer and Klein.

"There are so many teams that don’t even make the playoffs and don’t have winning seasons," Ohlemeyer said. "We’ve had the opportunity to go twice and we’ve kind of let it slip through our fingertips — at least more last year than the year before. It’s still two tough losses and we know that we have to give everything we have to win this one. It’s our last chance."

Klein watched his brother on the 2006 state championship team at Maroa, a team that had a close offensive line much like this one, Jostes said.

Now it's his team's turn.

“We’ve been there twice now and we lost both times," Klein said. "We know that we’re going to be good. It's really just focusing on trying to get there. We really want to not let it slip through our fingers like we have the last two years."

For more on Maroa and a look at the Sangamo, South Central and Little Illini conferences, see Page B4.

For most fans, it's an easy choice of where to trek to Friday night — your school's team.

DECATUR — There are members of MacArthur's senior class who were on the field for the Generals' back-to-back one-win seasons in 2015 and 2016.

Eisenhower's Tor'Jon Evans ready to make his statement on the field

DECATUR — It was Tor'Jon Evans' turn to talk, but instead, his twin brother Tre'Jon appeared.

DECATUR — The Downs Tri-Valley defense was bottling Jacardia Wright up.

PANA — Pana's season couldn't have started off much worse.

MOWEAQUA — Connor Heaton wasn't the most impressed with his three touchdown passes or 188 passing yards in his first varsity start at quarterback.

Maroa-Forsyth wins 35-15, gets revenge against Williamsville

MAROA — Even after a 35-15 statement win against the No. 2-ranked team in Class 3A on Friday, Maroa-Forsyth coach Josh Jostes cautioned his te…

FORSYTH — Tre Corley had a pretty good idea that a walk-off win was on the horizon for the Maroa-Forsyth baseball team.

Maroa-Forsyth senior Lane Ohlemeyer has been a two-year captain and finished second in Class 2A each of the last two years.

Maroa-Forsyth senior Tucker Klein is a returning starter on the Trojans' offensive line.