MOUNT ZION -- Sometimes as a sports reporter you can have an embarrassment of riches in covering great games.

After getting to cover the now-rare meeting between Maroa-Forsyth and St. Teresa in the Class 2A semifinals in 2018, I was able to see history in-person as Mount Zion and MacArthur played for the just fourth time ever (and the first time in the playoffs) during the first round of the Class 5A playoffs last season.

The last matchup, played in 1994, was a wild back-and-forth affair, with the Generals winning 49-40.  It would have been hard to imaging a game topping that but the overtime masterpiece that the Braves and Generals delivered on that Saturday met the challenge.

The Braves entered the game as the No. 1 seed in the 5A south bracket after posting a 9-0 regular season and taking the Apollo Conference championship while MacArthur was seeded No. 16 with a 5-4 record. The Generals had incredibly strong games, including an 8 touchdown performance from quarterback Deyon Jackson against Springfield Southeast, but were also shutout by Rochester and Chatham Glenwood in Central State 8 play.

Deyon Jackson scores to give @MacAthletics_61 the lead again.

But a good rivalry game can level the playing field and both teams controlled parts of the game that went back-and-forth. MacArthur led 12-0 before two Sage Davis rushing touchdowns put Mount Zion up 14-12. MacArthur led at halftime 18-14 and the game was tied 24-24 at the end of regulation. The Braves scored first in overtime to go up 31-24 but the Generals responded with a touchdown of their own to make it 31-30.

The Generals went for two, just as they had on every scoring drive in the game, but Jackson's pass went short to receiver AJ Lawson and Mount Zion advanced in the playoffs.

The old sports writing cliche is that "it's about more than a game." But sometimes it is 100 percent true. After the final whistle blew, Jackson remained crouched by the goal line for a few moments and several Mount Zion players came over to check on the Generals' leader and make sure he was OK. It was a simple act that bridged the gap between rivals.

Who knows when Mount Zion and MacArthur will get the chance to play again but 2019's game was more than we could hope for as fans.

Mount Zion head coach Patrick Etherton said after the overtime thriller: "The game lived up to all the hype of one of the greatest games I have every been a part of in my 19 years, without a doubt."

Watch now: Matthew Flaten picks the top five games he has covered with the Herald & Review

Amir Brummett has always considered quarterback to be his natural position.

Before she was even hired as Eureka College's 13th women's head basketball coach, Jaylynn Stewart watched film of every minute of last season. Similar efforts by the former Red Devil going forward should serve her well.

An eagerly awaited statewide meeting between the Illinois High School Association and athletic directors scheduled for Tuesday has been postponed again.

After receiving his first Division I offer, Mount Zion's London is looking to continue to build a strong recruiting resume.

Illinois Athletics Director Josh Whitman issued a statement on Monday regarding the death of George Floyd in Minneapolis and nationwide unrest across the country.

Spring football has long been a staple of player development for college athletes.

How some local volleyball teams are approaching the new IHSA guidelines

"It would be fair to say that we are not going to get a lot out of it." -- St. Teresa volleyball coach Brad Dalton on the IHSA Return to Play guidelines.

The Herald & Review sports reporters are counting down the top events they've covered. Mark Tupper's No. 5 is Illinois' win at Duke in 1995. 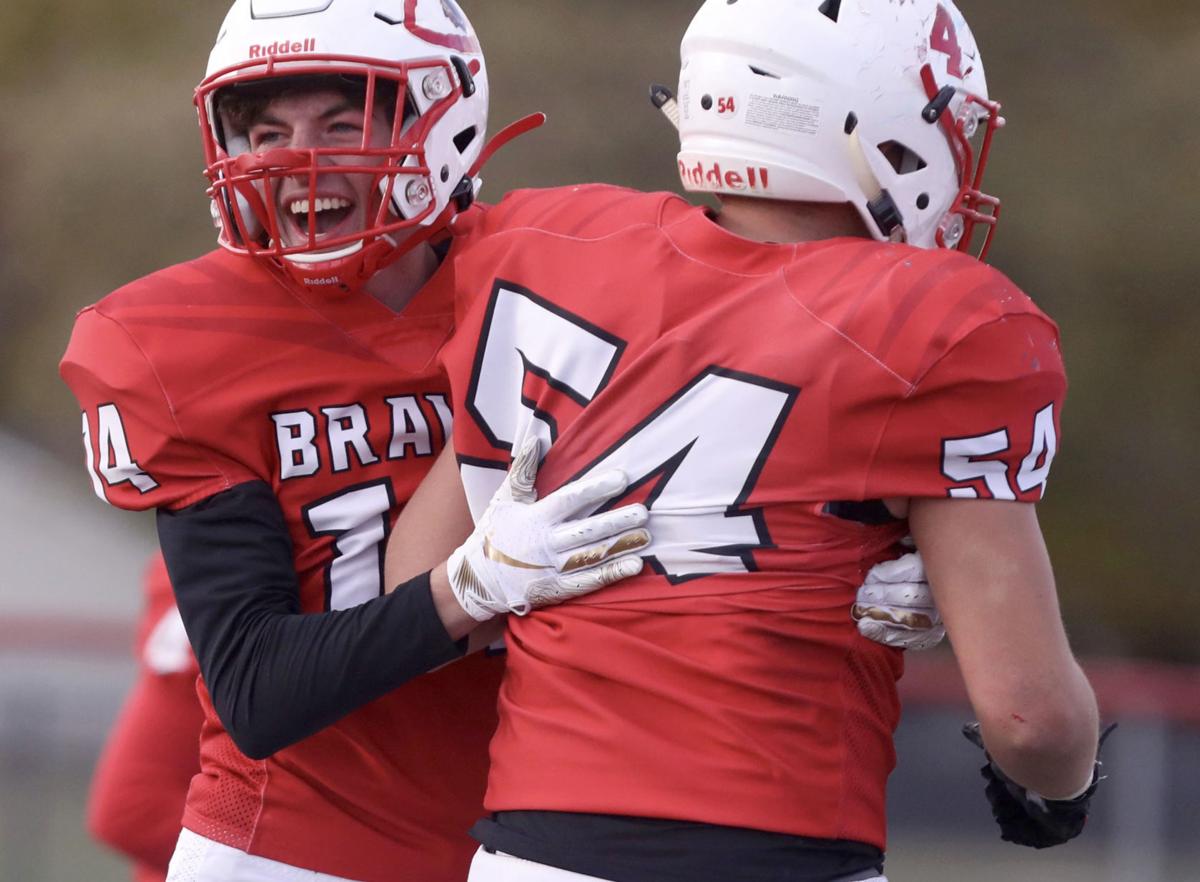 Mount Zion's Connor Davis (14) and Ryne Buttz (54) celebrate after the win on over MacArthur during the Class 5A playoffs in 2019. The game was the No. 1 game in Matthew Flaten's top five games he has covered. 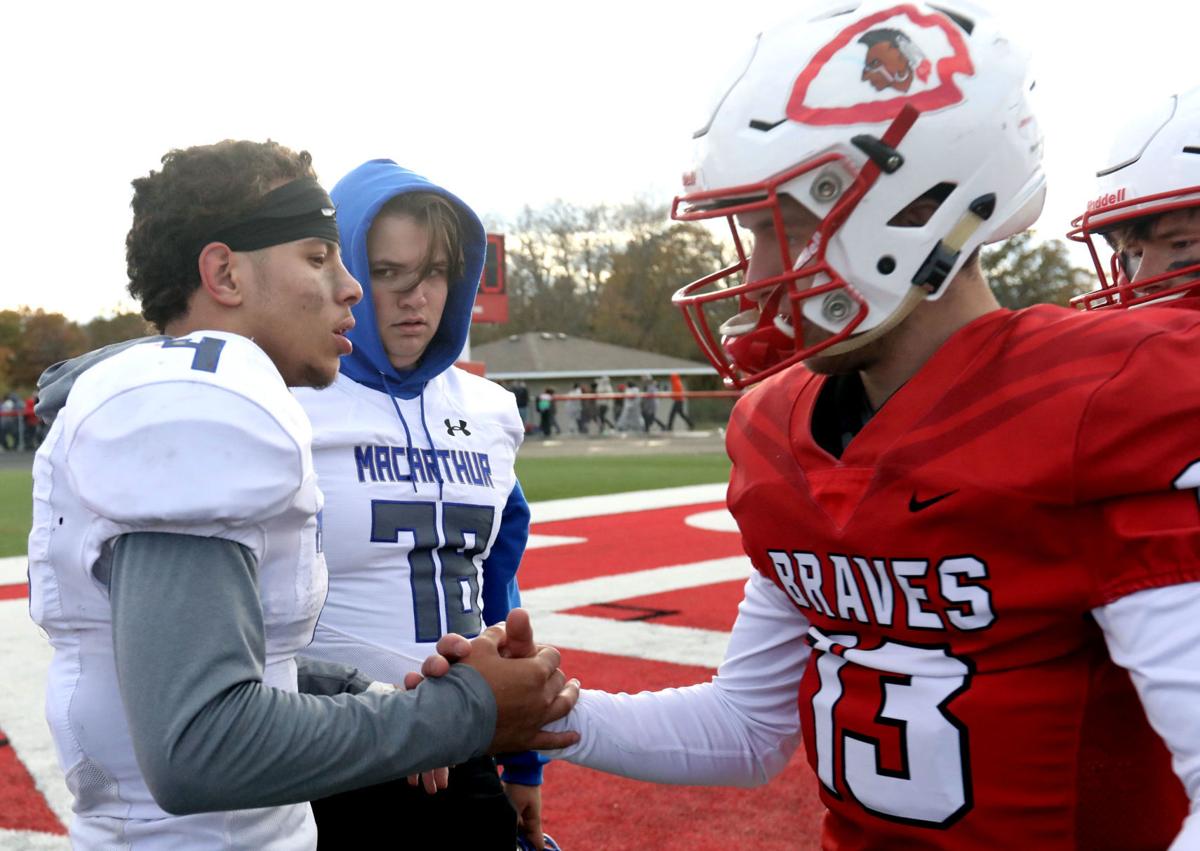 MacArthur's Deyon Jackson (4) gets a handshake and hug from Mount Zion's Ashton Summers (13) on Saturday after the Class 5A football playoffs at Mount Zion.