Become a Member
Read Today's E-edition
Share This
Watch now: A trio of running backs has LSA looking for another undefeated season in 8-man football
0 Comments
Share this

DECATUR — The trio of running backs in LSA's backfield have a single mission — get four yards.

That's the message Lions head coach Jordan Hopman gives the group — sophomore Lleyton Miller, junior Emmanuel Roughton and senior Gannon Harshman — and although it isn't flashy, they have taken to it.

Last season, Roughton, Miler and Coby Crafton combined for 2,098 yards on the ground on 308 attempts, as the group fumbled just three times all season.

"We had a three-man punch in the backfield and (Coby's) physicality was a big part of that. We had Lleyton's speed and Coby was a mixture of both power and speed," Roughton said. "'Get four' is what Coach always tells us. There really isn't a lot of room to mess up on in the backfield. You kind of run to your hole and you do your thing. It is pretty fun and we have all embraced the run mentality."

This season, Harshman will have a bigger role in the run game, replacing the graduated Crafton, and opposing teams will do their best to stop an offensive scheme they know is coming.

The undefeated Lions (6-0) arrived for their first season in the Illinois 8-man Football Association in the spring and in their six games, they threw three passes, all by Roughton. Although the run-heavy offense is a test physically for the backs, the strategy limits the number of team plays with the removal of incomplete passes.

"When you run a whole lot, you don't play as many plays. Part of the way we play like we do is to limit the plays and protect our guys," Hopman said. "We held up pretty well last year and we had a few injuries and guys were dinged up. This year we are a little bit deeper and hopefully we won't have as many guys playing both ways."

Roughton, who ran for 441 yards and led the team in tackles with 38 (seven for a loss), is out on the field for nearly all of the Lions' plays. He said that the Lions' training helps them get through. The team opens the season at Kincaid South Fork on Friday.

"You get your bumps and bruises. It's pretty physical but we get in here and work out and we do our fair share on the field. It's nothing that ice and some ibuprofen won't fix," he said. "It is going to be fun to be able to play in the fall again and so that is always nice. (Week 1) will be exciting and a little scary. Everybody has mixed emotions on it and I'm ready to get at it."

Miller was the only freshman to the named to the 8-man all-state team after running for 617 yards and six touchdowns.

"I was not expecting that and I really did surprise myself a little bit last season. It was cool," Miller said. "For me when I was a freshman, I hadn't played (8-man football) before so it was different. I really didn't know at first but it's the same game."

With defenses focusing on the run, the Lions' offensive line has the challenge of overpowering the opposing defensive line that knows what is coming. Lineman Devin Brady was a unanimous first-team selection last season and Jarrett Albert was a second-team pick.

"Our line is really good. Devin was all-state last last year and Jarrett Albert is one of our big keys on the line and we have really leaned on those a lot these last couple of years," Roughton said. "Gannon runs downhill and does his thing. I think it will be a three-headed thing and we want to wear teams down."

The chances of LSA sneaking up on an opponent this season are long gone as they contend to dominate the 8-man South District with the possibility of playoffs this season.

"It can be challenging as the season goes on but we are a lot deeper this season and we have a lot more guys (on the roster). We will be able to sub in and out and that will help us not have as many injuries," Harshman said. "When you go undefeated, there is a target on your back. I know each team is going to prepare for us and give us their best shot. I'm excited for it."

Week 1 of the high school season kicks off next Friday, Aug. 28

Here are the area football players that stood out this spring.

The Raiders coach is a two-time Area Coach of the Year.

The junior quarterback had 1,247 all-purpose yards last season and 20 touchdowns.

Watch now: Arthur-Lovington-Atwood-Hammond's Kaden Feagin and Max Allen will run with power and speed this season

The Charleston Trojans are looking for a different Week 1 opponent.

The Green Wave will be playing their home games at EIU this season.

Watch now: St. Teresa's Denim Cook ready to 'run through a brick wall' as the Bulldogs face Effingham in Week 1

The senior running back has 2,944 yards and 41 touchdowns over three seasons.

Watch now: Led by quarterback Jacob Six, Warrensburg-Latham made a statement win to start its season

The senior QB had four touchdowns in a 65-0 win over Argenta-Oreana. 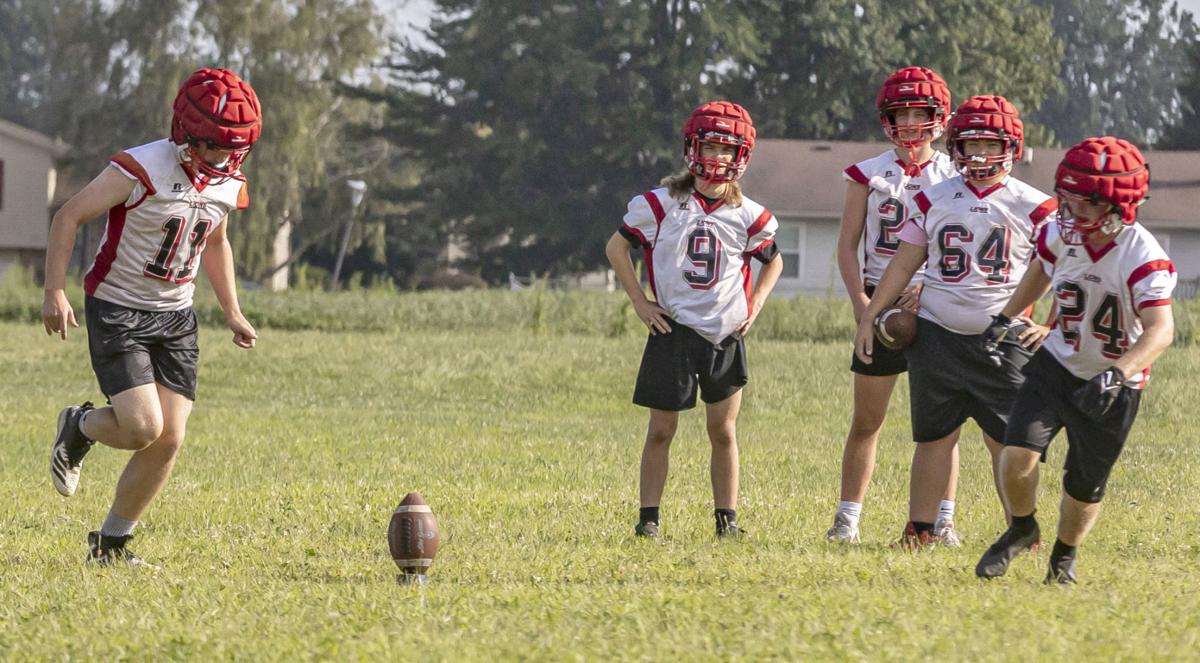 LSA'a Gannon Harshman (11) go through drills before the start of the football season. 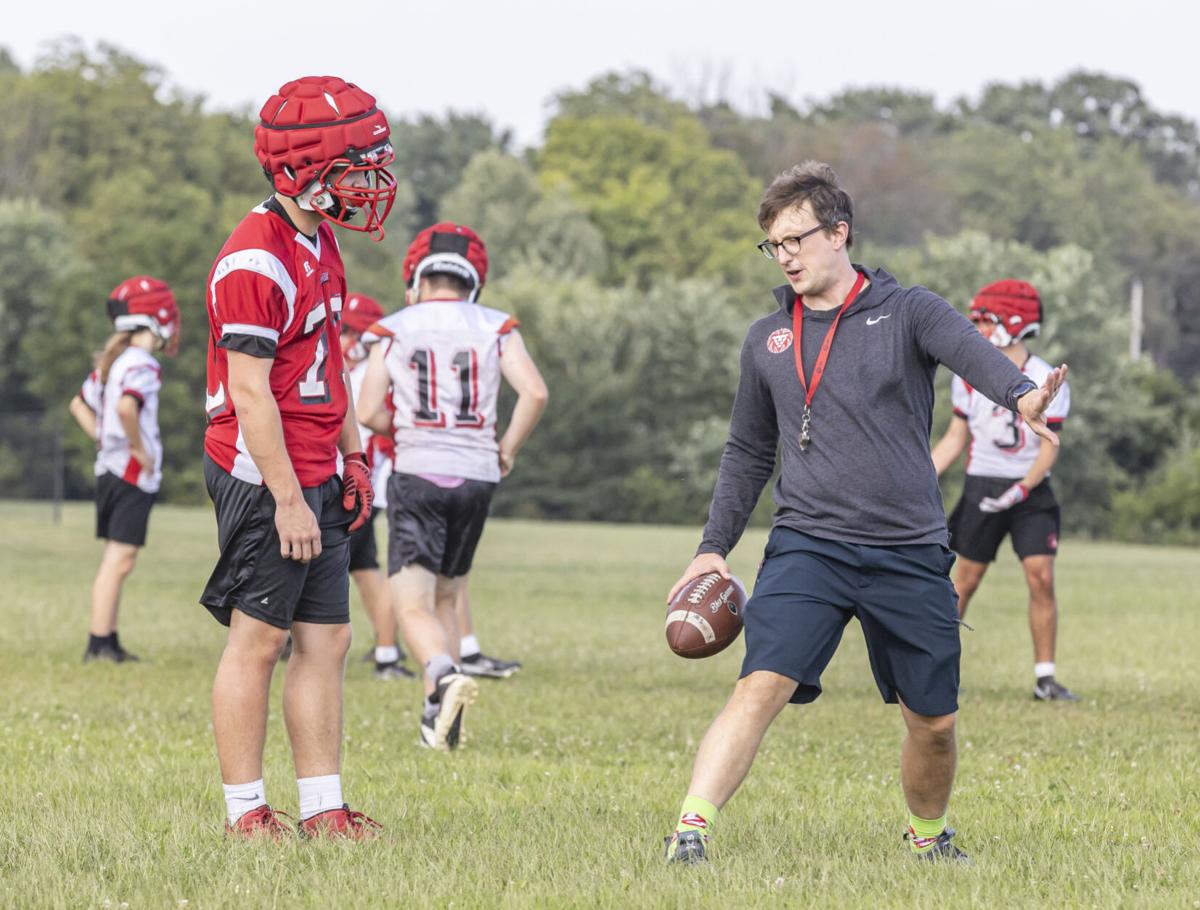 LSA'a head coach Jordan Hopman works with players during drills before the start of the football season. 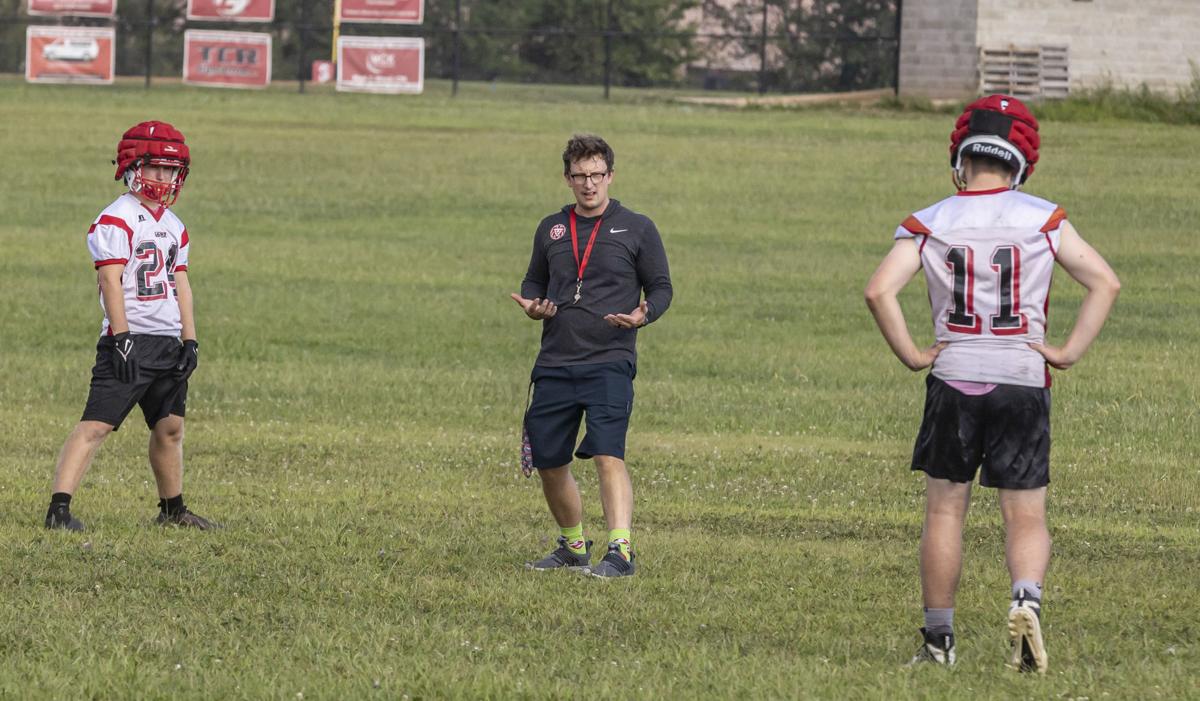 LSA'a head coach Jordan Hopman works with players Emmanuel Roughton (24) and Gannon Harshman (11) during drills before the start of the football season. 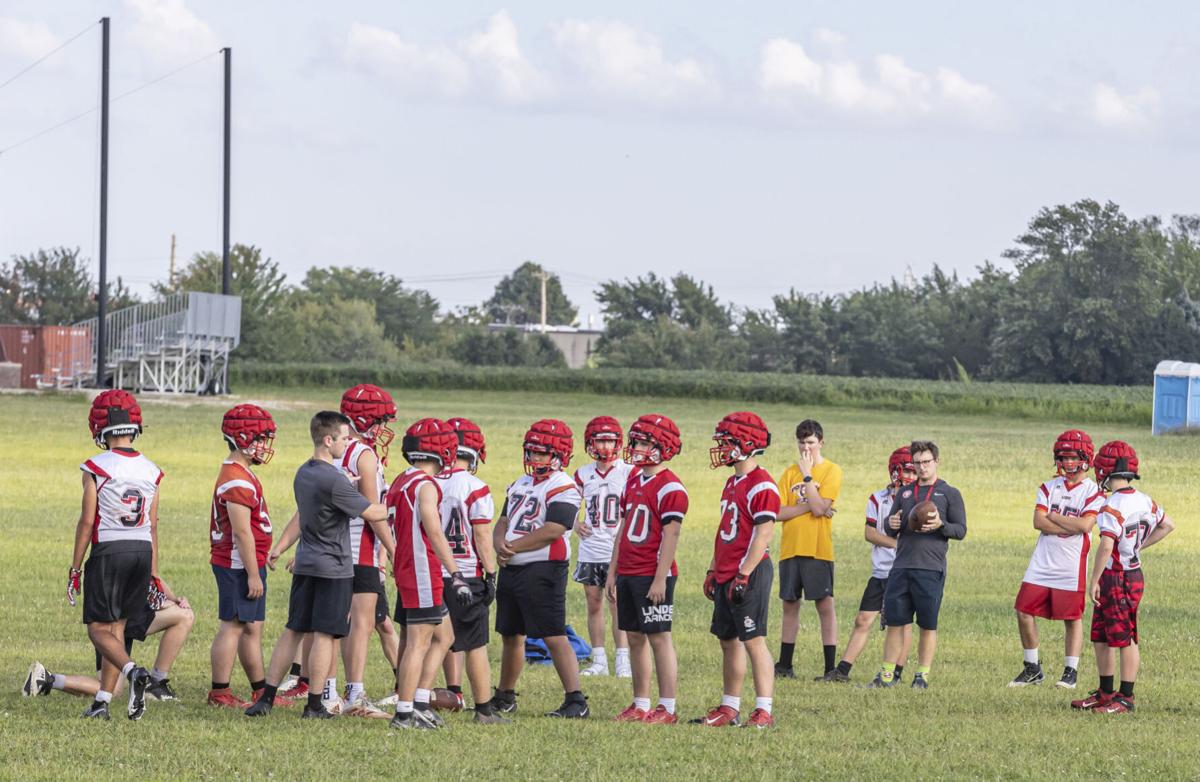 LSA players go through drills before the start of the football season.