He has the 14th-most wins in Illinois high school history and the 11th most of any coach at one school. Ryan was inducted to the Illinois High School Football Coaches Association Hall of Fame in 2016.

"I am thrilled to be a part of what Coach Bielema is building at Illinois," Ryan said. "Football has been a big part of my life. The relationships I have made by being involved in this game are priceless. I look forward to enhancing the long-lasting relationships within the state of Illinois and building new ones within the Illini football family."

Ryan has spent most of his life at Metamora High School, first as the team's quarterback prior to his graduation in 1981. His coaching career started as a student assistant at Southeast Missouri State under Peoria native Bob Smith, before he came back to Metamora to be an assistant coach. He was an assistant at Metamora for three seasons before taking over the program for the next 30 years.

"I'm very excited to bring the life lessons of Coach Ryan here to the Illinois football program," Bielema said. "He started as an Illinois high school football player then moved on to be an assistant coach and a head coach at Metamora and has reached the highest level of success in state football history. He has been able to build relationships with high school players, high school coaches, and college programs throughout his entire coaching career. He will be a huge asset for us as we continue to build relationships throughout the state of Illinois and across the country."

During a 16-year period from 1995-2010, Ryan's teams won 10+ games in 15 of the 16 years. Metamora appeared in seven state championship games, and won both of their state titles during the period, while featuring a style of play built on strong defenses and a physical running attack. Overall, Ryan's teams qualified for the IHSA playoffs in 24 of 30 seasons, had six undefeated regular seasons and won 18 Mid-Illini Conference titles.

Ryan retired from his role as head football coach, department chair for physical education, health and driver's education, and assistant track and field coach at Metamora High School in 2020.

Four Illinois football players were granted scholarships —Christian Bobak, Tailon Leitzsey, Michael Marchese, and Alec McEachern were told they were being put on scholarship at a team meeting Tuesday evening.

Bobak has played in 43 games for the Illini, primarily on special teams and has 22 tackles over his career. He graduated with a degree in finance and is enrolled in the technology management master's program. Bobak is a two-time Academic All-Big Ten honoree.

Leitzsey walked-on to the team in 2018 as a sophomore. He made his Illinois debut against Northwestern last season. In December he earned a bachelor’s degree in kinesiology.

Marchese has played in 32 games with three starts at safety and two starts at linebacker for Illinois. He has 44 tackles, two interceptions and two fumble recoveries. Marchese is a two-time Academic All-Big Ten honoree and is working towards a degree in economics.

McEachern has played in 25 games, tallying 10 tackles including a career high three at Penn State last season. He is majoring in finance and is a three-time Academic All-Big Ten honoree.

+37 PHOTOS: Check out these photos from Illinois football's first full-pads practice on Saturday

Watch now: How to fix baseball? Change the strike zone

Watch now: How to fix baseball? Change the strike zone

Check out all the scores from Week 3 games around Central Illinois.

Watch now: At Illinois spring football practice, everyone is being evaluated including assistant coaches and head coach Bret Bielema himself

During Illinois spring football practice, everything is up for evaluation and improvement, and that includes much more than the Fighting Illini players. Head coach Bret Bielema is evaluating his coaches and his own performance in the early days of his first season leading the program.

Check out all the final scores from Week 2 games around Central Illinois.

Watch now: The Illinois football defense is starting from scratch but defensive coordinator Ryan Walters is happy with their progress

After a Week 1 win over Shelbyville, the Warrensburg-Latham football team was riding high heading into its Week 2 battle against Central A&M. The confidence came to a screeching halt as the Raiders defense limited the Cardinals to one score in a 19-7 loss.

MOUNT ZION — After having its Week 3 game with Taylorville cancelled last week, the Mount Zion football team made up for lost time with 65 fir…

Watch now: A look back at Week 4 in high school football, including Maroa-Forsyth's Bryson Boes runs for 297 yards against North Mac

Maroa-Forsyth football's offensive line was opening up huge holes on Friday in the Trojans' 56-44 over North Mac. Maroa running back Bryson Boes ran for 297 yards and three touchdowns and quarterback Wade Jostes added 88 more yards. Even head coach Josh Jostes thought he could make a run through the line.

As the spectators found their seats at the Mount Zion High School football field last Friday and the band has warmed up the crowd, the Braves football team entered the corner of the field, waiting for their big entrance. There you found senior lineman Chad Deaton, large American flag in hand.

Here are the latest rankings of Illinois high school football teams in each class, according a group of Illinois football coaches: 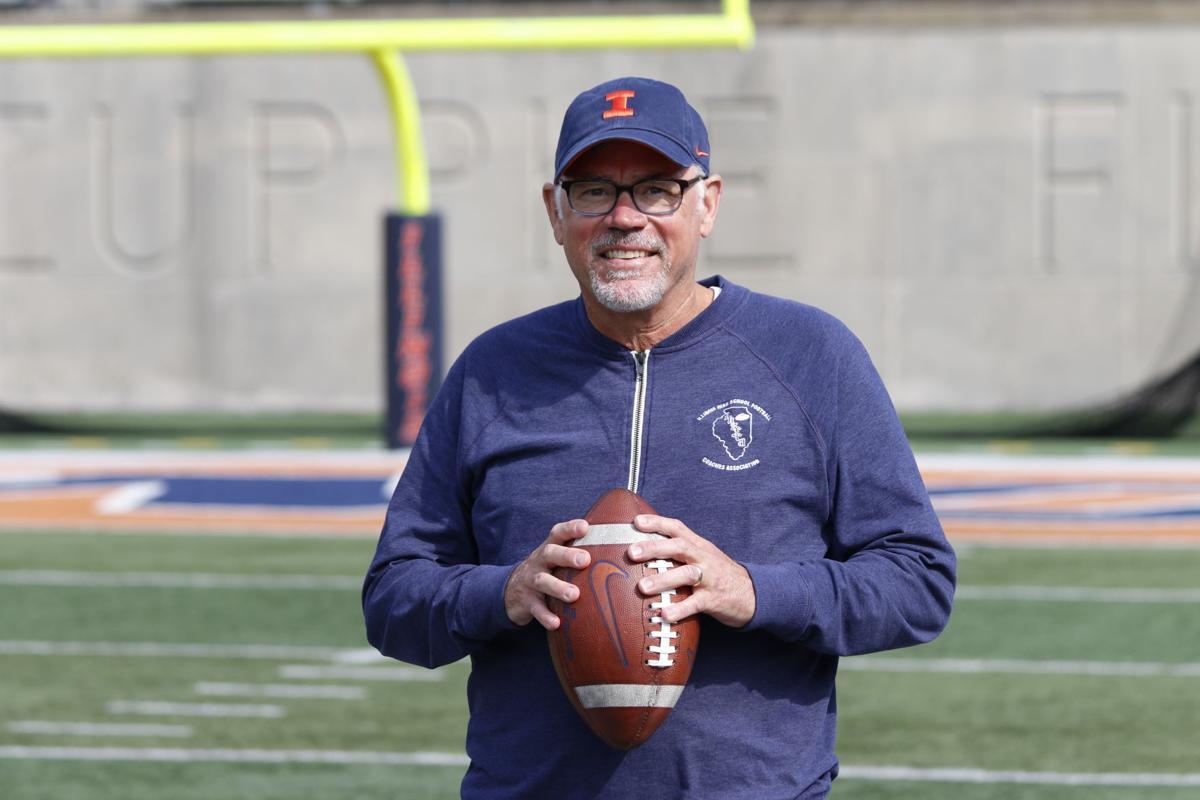 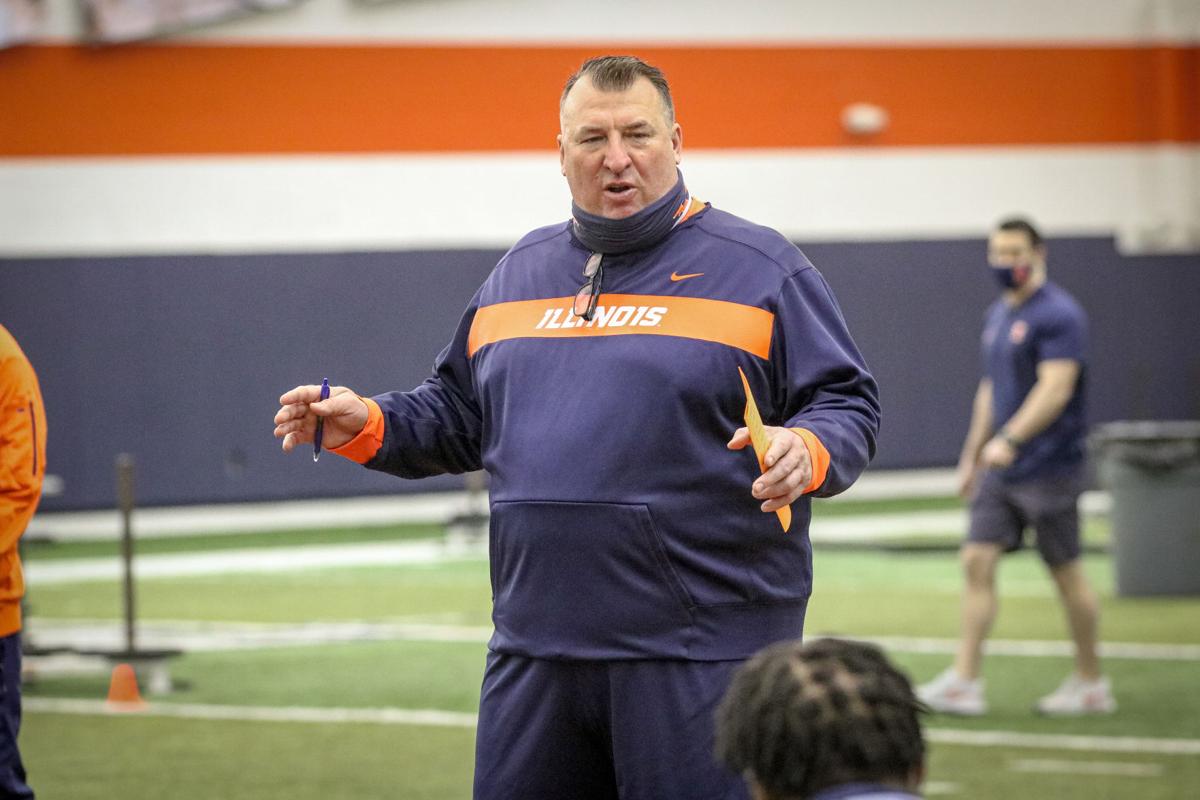