DECATUR — Lawrence “Moe” Dampeer received a warm welcome from prospective parents, players and family members during a meet-and-greet event at Eisenhower High School on Wednesday as he was introduced as the Panthers’ new football coach following Decatur Public Schools Board of Education approval during Tuesday’s board meeting.

“I want to thank God for focusing my life and giving me this opportunity. I’ve been watching my dad, Marv Dampeer, coach me since I was in the fourth grade and he was my role model,” Moe Dampeer said. “That was who I wanted to be like and that is what I’m trying to be for the players at Eisenhower.”

Dampeer takes over the Panthers program after Steve Thompson resigned as head coach in April after two seasons. Eisenhower’s football season was canceled due to low participation numbers for the Spring 2021 season and the team has a 1-26 record over the last three seasons. The Panthers made back-to-back playoff appearances during the 2015 and 2016 seasons.

Dampeer graduated from MacArthur High School in 2003, earning U.S. Army All-American honors and was evaluated as the No. 1 defensive lineman in the country by ESPN. Dampeer played on NCAA runner-up teams at the University of Oklahoma in 2004 and 2005. He finished his collegiate career at Northwest Missouri State where his team finished as NCAA DII runner-up in 2008.

“We are excited to have Coach Dampeer become the leader of our football program,” Eisenhower athletic director Tim Gould said. “As a respected member of the Decatur community, we look forward to seeing him build positive and life-changing relationships with the student-athletes at EHS. Moe’s experience guiding the youth of Decatur will help our program grow in numbers and enthusiasm as our student-athletes win the day.”

In addition to being a co-owner of the Illinois Warriors Elite AAU basketball organization, Dampeer has been actively involved with Decatur JFL. Most recently, Dampeer was the defensive line coach for an undefeated St. Teresa High School in the 2021 spring season.

“I think the year at St. Teresa prepared me well. Coach Mark Ramsey and Britt Miller taught me a lot of good things and put me in a situation where I could succeed. We are bringing over a winning attitude where we don’t accept losing,” Dampeer said. “When you walk in there (at St. T) there is a different set of traditions and that’s the tradition we will try to build over here.”

Dampeer and Gould have already been meeting to develop plans in attracting players and rebuilding the program. Gould said the remaining coaching staff would be hired in the new few weeks.

“Myself and athletic director Gould have been talking about it and we had a two-hour meeting yesterday on getting the kids out. Today’s event is important in letting people know who is the leader of the program and finding out who is interested,” Dampeer said. “We need to get this out on social media and knock on some doors. Pass out some flyers and we will have events where people can meet me and the rest of the coaching staff.”

Although he has focused on defensive coaching, Dampeer said he feels comfortable overseeing both sides of the ball and he will be looking for the best candidates to fill his coaching staff.

“Going to Oklahoma, you learn the whole game of football, you don’t learn just defense. So I’ve studied offense and I can run an offense as well. I feel like I am well rounded and can coach at any position,” he said. “I’m willing to take whoever has the right knowledge and who athletic director Gould and (Eisenhower principal Amy Zahm) feel is the best for this program.”

Zahm gave some opening remarks to the event and noted Dampeer’s impact in the community during his playing days at MacArthur.

“Back in 2003 someone wrote a letter to the editor (of the Herald & Review) that Moe represents Decatur and I truly believe that,” she said. “He is for all students and he wants all students to be successful and that was part of the driving force in his hiring for me. I know what Eisenhower needs and I enjoy his positivity and his effort for all students.”

Dampeer was surrounded by family on the Eisenhower auditorium stage on Wednesday and it is that sort of atmosphere he intends to bring to the Panthers.

“Yes, I’m from MacArthur but if you know me, you know I was raised on the southside of Decatur on Cleveland St. I have the southside in my heart,” Dampeer said. “We are going to bring the family environment to the school. This is not something that I’m your coach and you are my player. We are family. We are all on the same playing field. It is not necessarily about wins and losses it. It is about making you better young men.

“I was the same kid like you and nobody really believed in me except my father, my mother and my sisters. Look what happened, I got to play football on national TV. That can be you too. It is not where you start, it is where you finish.”

"It really is a dream come true. It's been my goal for a long time (to play Division I football), but I'm not going to let this be the mountain top."

Mount Pulaski baseball shuts out St. Teresa 3-1 to win the Class 1A regional championship on Monday.

Tuscola's Alyssa Williams was among those who had big nights at the Class 1A Tuscola Sectional. Williams will be among the favorites in the 10…

Play for the Women's Open will begin June 22 at the Hickory Point green tees for both the 9-hole and 18-hold tournaments.

The Decatur School District is planning to return to normal school days in August, with five days a week of in-person learning and regular school hours.

On Wednesday, Eisenhower's Ethan Greene announced his intentions to join the bass fishing team at Greenville University next season.

Johnson played football for Joliet Junior College and Lincoln University and has served as an assistant coach for the Panthers the past four seasons. 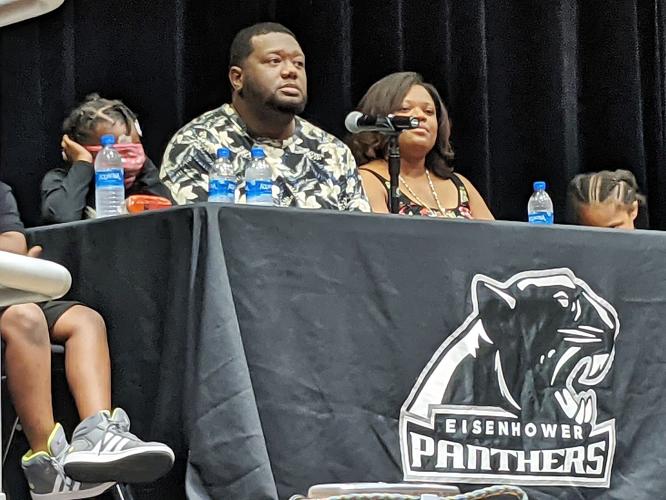 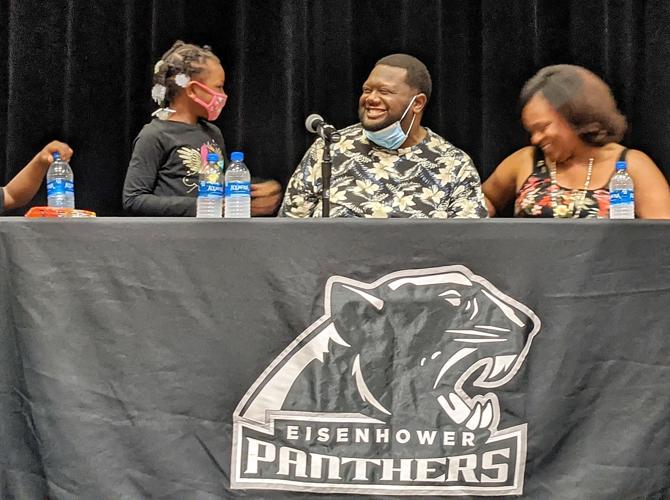