TUSCOLA — A roller coaster ride of a season just hit bottom for the Tuscola football team.

Days after its biggest win of the season, beating state-ranked Central A&M at Moweaqua, the Tuscola Athletics Twitter page posted on Thursday that the program would be shutting down for 10 days.

Due to a surge in covid-positive cases among our players and many others in quarantine as a result of contact tracing, we are shutting down all football activities for ten days, starting today. We will resume practice on Columbus Day and plan to complete the remaining schedule.

"Our hearts are broken for our players, coaches and the families of both groups. We hate it for our opponents at all levels who will lose opportunities to play as well. We look forward to recovering and resuming activities on 10/11," the tweet said.

That means Tuscola will be forced to forfeit Friday's game at Clinton and Week 7's game against St. Teresa. That likely ends any chance for Tuscola (2-3) to reach the postseason, with just two on-field games left and five wins the traditional cutoff for the IHSA playoffs.

Still, Tuscola doesn't regret the decision in made in Week 3. The Warriors could've had a forfeit win in Week 3 against Sullivan-Okaw Valley, which canceled its season due to low participation numbers. But Tuscola head coach Andy Romine wasn't going to give up on an opportunity for his team to take the field on Friday night.

"I don't think it ever crossed our mind. I don't think we have received a lot of criticism of that and, frankly, I don't really care about that," Romine said. "Especially in this climate where you don't know what is happening week to week, we are not taking away an opportunity for our kids to compete. They do this because they want to play and they wanted to play on Friday nights."

Tuscola hopped on their bus and crossed state lines to play Rockville Park Heritage in Indiana. The Warriors led in the fourth quarter but Park Heritage was able to come back for a 36-28 victory.

"Parke Heritage is really good team and (last fall), when we weren't playing we went over and watched them play. We were excited to get the game," Romine said. "We had an opportunity to pick up a game and it was against a good program. We are never going to shy away from that because we are up at that caliber as well. We had them 4th and 11 with five minutes left in the game and the lead but we weren't able to get off the field."

Tuscola (2-3, 1-1 CIC) has led in the fourth quarter in each of its three losses and, in last week's 20-14 victory over Class 1A No. 10 Central A&M on the road, Romine challenged the team to control the second half clock.

"Our goal coming out of halftime at A&M was when we kicked off, I told them if we get a stop here, we are going to limit them to three possessions the rest of the game," Romine said. "That's the way it worked out. We executed in some key situations and picked up some key first downs."

A key to the victory, was slowing down the Raiders rushers — James Paradee and Brody Barnes — to 96 yards on the ground as a team. Warriors senior middle linebacker Patrick Pierce was key in the victory and stopping those big runs.

"Outside of Week 1 (against Arcola) and Week 5, no one has really tested us between the tackles. A&M did and we did a pretty good job between the tackles," Romine said. "I think people recognize that is where our strength is and they try to get the ball to the perimeter. We feel like our defensive box is a strength of our team and Patrick is obviously the anchor of that. He is pretty good."

Pierce leads the team with 54 tackles and an interception this season and was happy with the decision to play in Indiana in Week 3.

"That's how it is at Tuscola — we are always going to play if we can. Football is very important around here, Pierce said. "(Beating Central A&M) was a big game for us. You always want to come out and beat a good team like that, especially after three straight losses in the fourth quarter."

Pierce, the son of Tuscola's linebackers coach Pat Pierce, has been around the program in one way or another, his entire life.

"Coach Pierce has been around Tuscola football for a long time, more than 20 years. Patrick has been around it for a long time, too, and he's had two brothers who have been in here and played in championship games," Romine said. "He knows what it takes to prepare mentally and it doesn't hurt that when you are done eating dinner, you can sit down and watch film with a linebackers coach."

Those film sessions have helped Pierce develop into one of the best linebackers in Central Illinois.

"I've grown up with Tuscola football. I remember coming here after practice when coach (Rick) Reinhart was the coach. It is great," Patrick Pierce said. "(My dad and I) come home and watch film together after the game. He gives me tips. He is very honest with me and sometimes it can be rough. There is always something I can improve upon."

While the playoffs appear to be out of the picture for a Tuscola team that has only missed the playoffs once since 1994, the Warriors will still be fighting when they return to the field in Week 8.

Check out herald-review.com/sports for a video rundown of the key Week 6 matchups around Central Illinois by sports reporter Matthew Flaten.

All games at 7 p.m. Friday unless noted

NOTE: Go to herald-review.com/sports for a full schedule of games in Central Illinois, as well as scores, photos and highlights on Friday night.

The junior runner promised a big game after missing Week 2 to attend his grandmother's funeral.

The Rams improved to 4-1 with their win over Warrensburg-Latham on Friday.

"I just wanted to be back on the field, but my therapist told me I had to wait, wait, wait. Wait 'til it was my time. ... I waited for this year, my senior year, and I'm trying to ball out."

The sophomore has completed 38 of his 47 pass attempts for an 80.6% completion rate this season.

The Rivermen are 4-0 this season and have received votes in the latest Class 3A Associated Press top 10 poll.

Here is a breakdown of where the Herald & Review area football teams are shaping up in their respective leagues this season.

Highlights and photos from Week 6 games in the Herald & Review area, including the city game between MacArthur and Eisenhower, Meridian at…

Watch now: At 3-3, MacArthur football continues to thread the needle to a playoff berth

Dodson will be making his second trip to the state tournament.

The senior has 53 goals on the season and 116 in his career.

Watch now: Mattoon wins back and forth Coles County Clash over Charleston 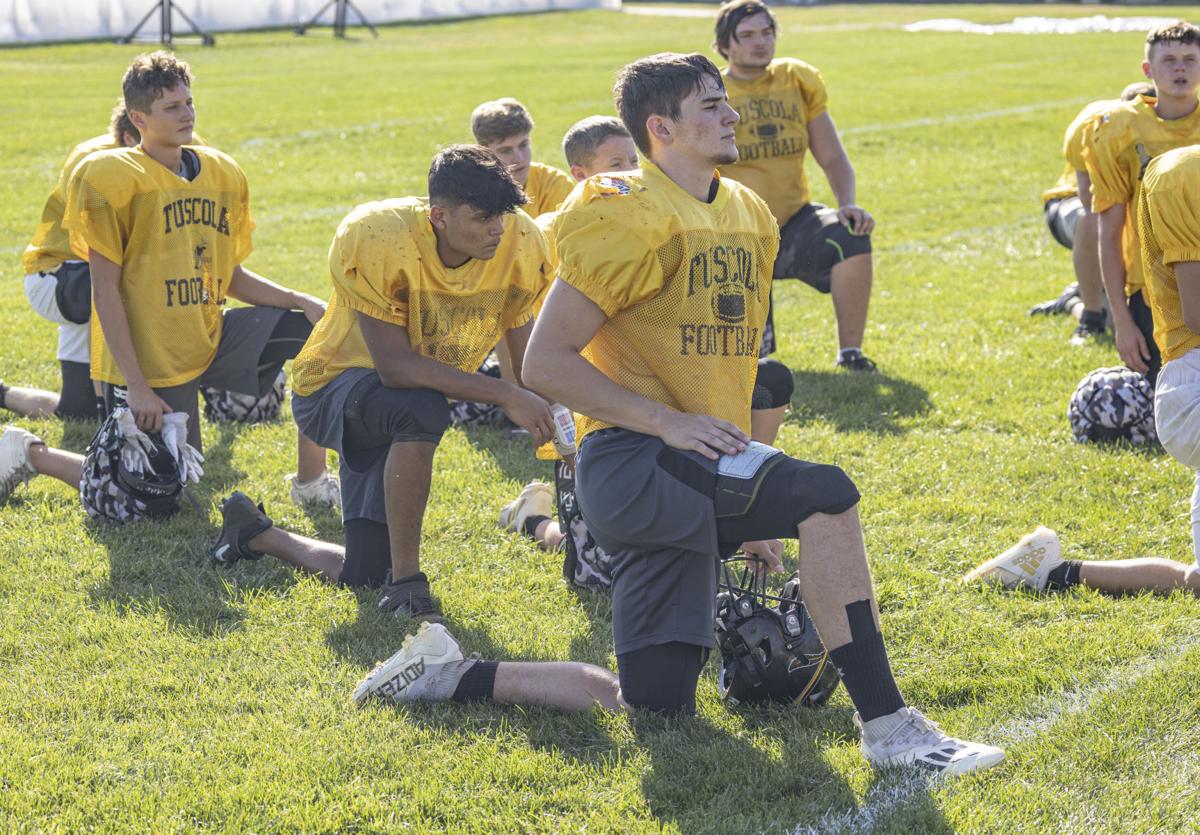 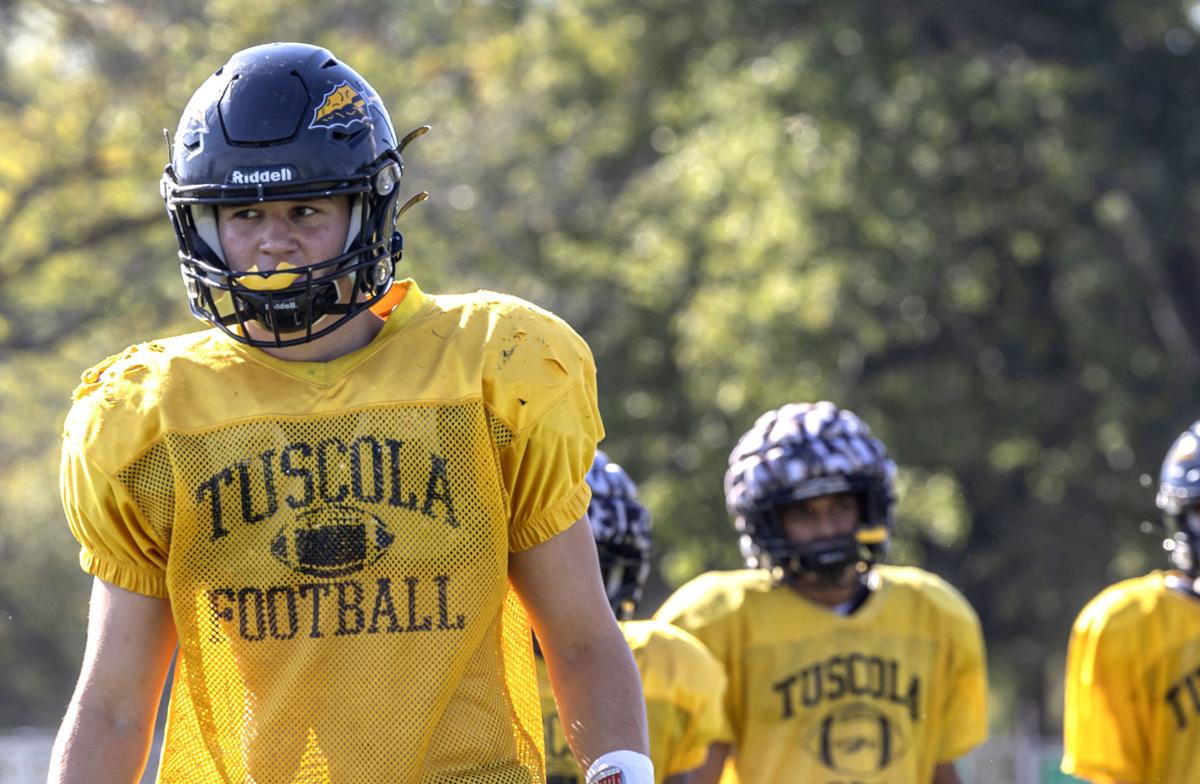 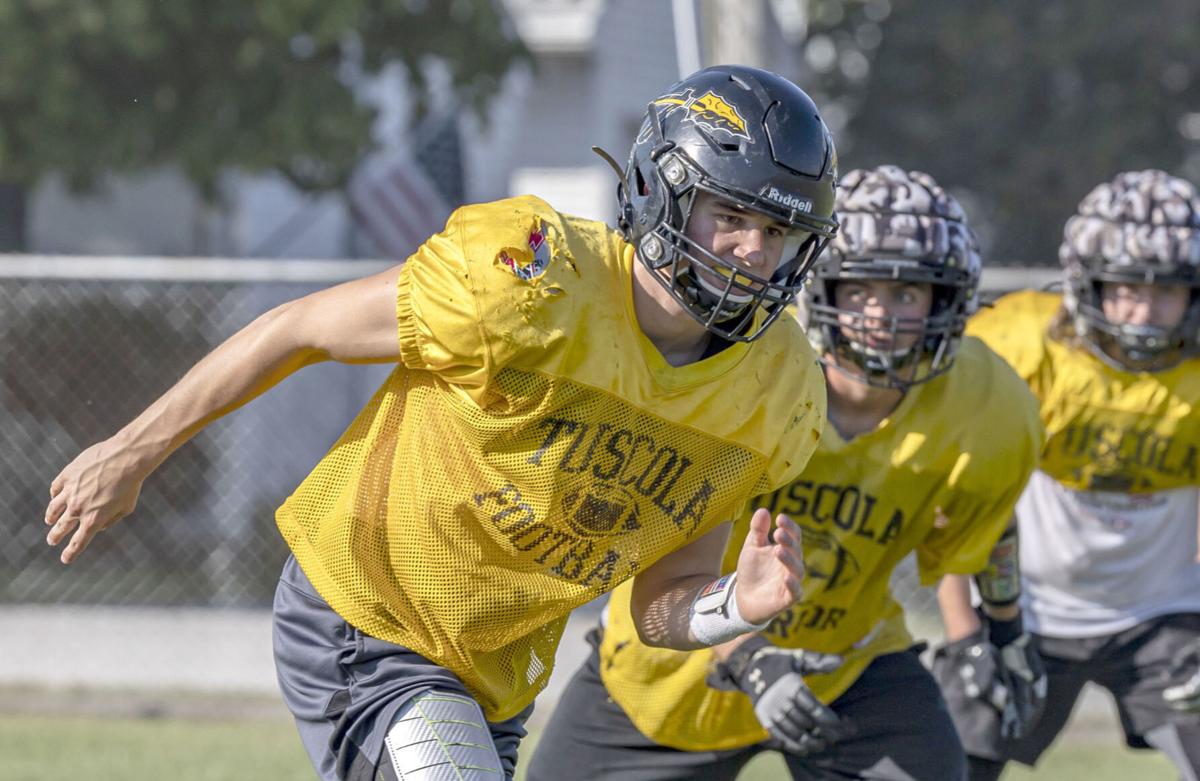 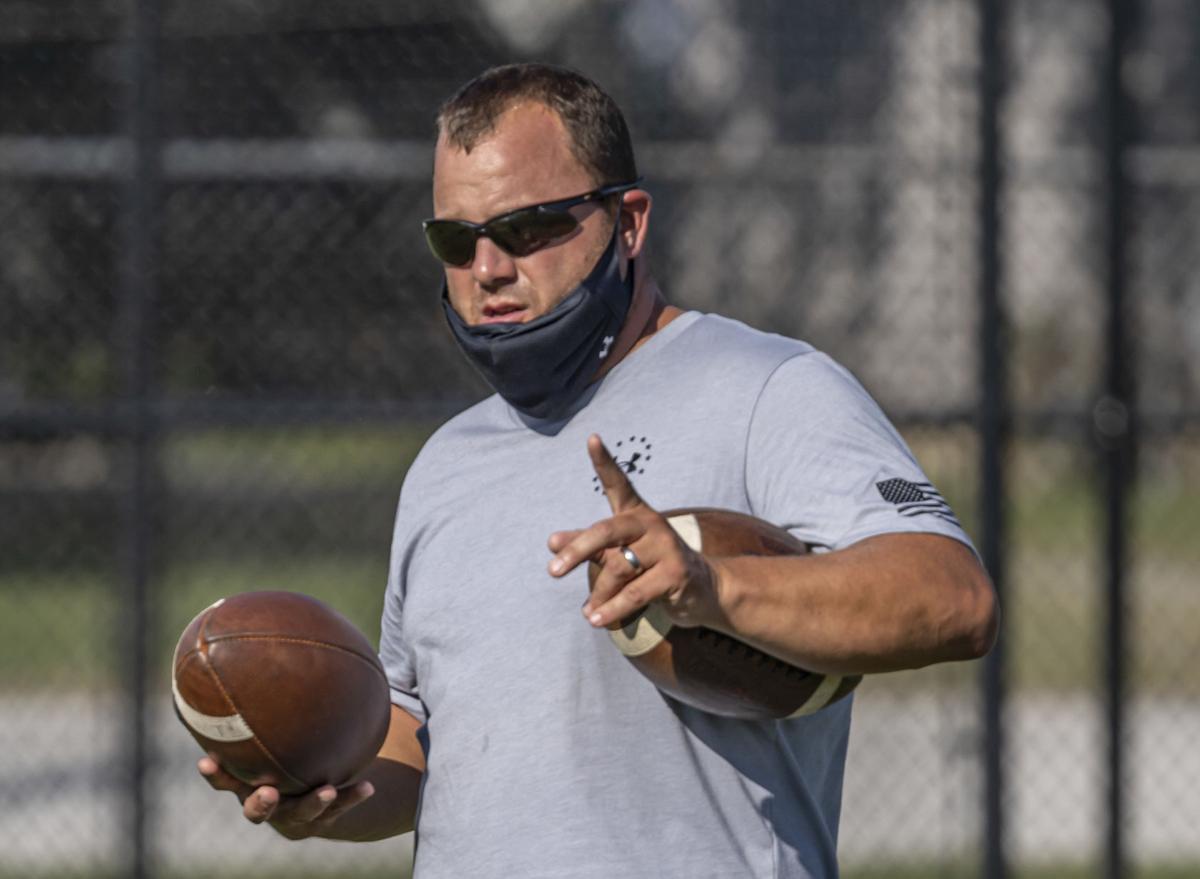