'Do you miss me yet?' Trump calls for GOP unity, blasts Biden, repeats false election claims

Watch now: From pickup trucks to putting greens, the Bement golf team is a family affair
0 comments
Share this
{{featured_button_text}}
1 of 2 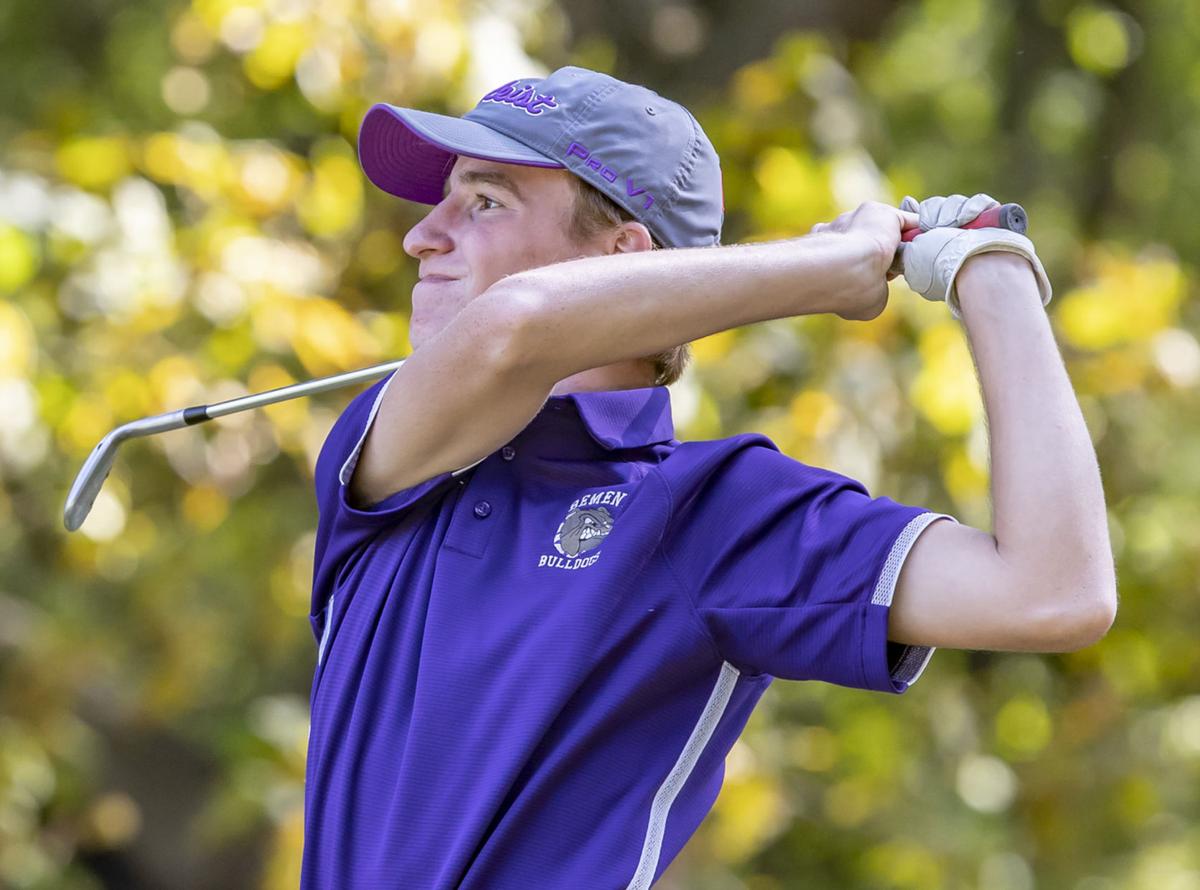 Bement's Luke Rogers tees off on Tuesday during the Class 1A Moweaqua boys golf regional. More photos at www.herald-review.com 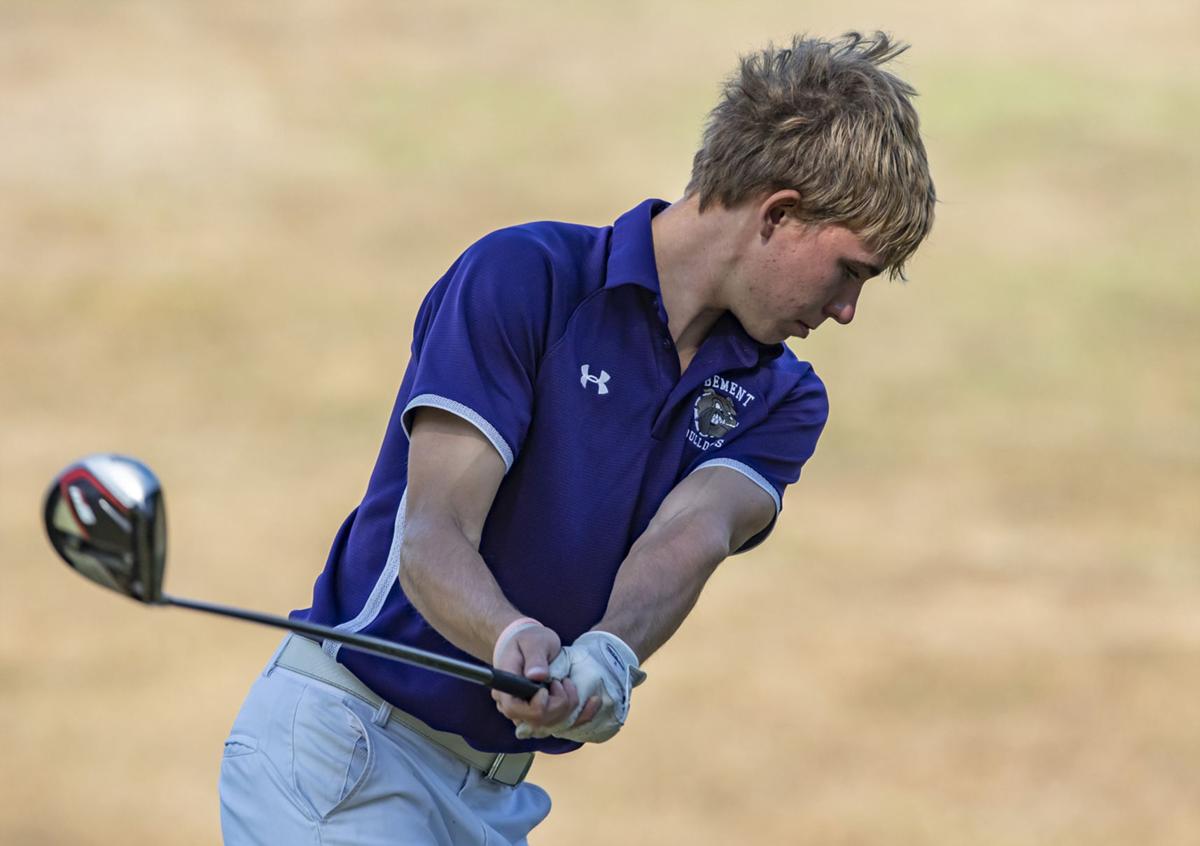 Bement's Zach Rogers tees off on Tuesday at the Class 1A Moweaqua boys golf regional, where he was the medalist.

BEMENT — On plenty of occasions, the Rogers family had a pretty simple soundtrack home from golf matches: the hum of the tires of the family truck on the road below.

Neither Luke nor Zach Rogers — twin brothers who are the only members of the Bement boys golf team — wanted to be too effusive if they had a good round, particularly if the other didn't deliver a score to their liking.

Kraig Rogers, their father and coach of the two-man band operation, relished the time. Quick dinners on the way home broke the silence and the round fell further and further into the rearview mirror in favor of relishing the time together.

At the core of it all, the golf team is a family operation.

“We kind of hop in the truck and go," Zach said. "No buses. No team dinners. Nothing."

After Luke and Zach finish their golf careers at Tuesday's Class 1A Tuscola Sectional at Ironhorse Golf Course — the final round in a shortened postseason — the team will lose all of its members and the father-sons dynamic of representing Bement at matches will fade away. For four years, the three have piled in their truck — no need for a bus to transport them — and traveled to golf course around the state. No teams scores, but impressive individual scores including both Luke and Zach qualifying as individuals for the sectional with Zach winning medalist last week at the Class 1A Moweaqua regionals.

“I wouldn’t want it any other way, absolutely not," Luke said. "I love going out here and playing with him. It’s competition but we want each other to do our best and win each and every week."

Those quiet car rides were replaced this year by more of an appreciation for the experience. How many families can be a three-person golf team? It's a rarity. The clock was counting down to the end of their time together golfing for Bement.

“It’s something I wouldn’t trade anything for," Kraig said. "A lot of car rides are quiet, but not so much this year because I think there’s more perspective this year when somebody plays bad. It’s like, 'Oh well, let’s have a good time, we’ll stop and get some food on the way home and make the best of it.’ It’s been a great time and a lot of fun."

This endeavor started in eighth grade and by the twins' freshman year at Bement, Kraig became the coach — he also coached them in basketball — and things took off. He wanted his sons to grow into their own as golfers and the sport has deep ties in the family.

Kraig and his brother, Kurt "Turtle" Rogers, are well-known around the golfing community in Central Illinois. As the years have progressed, Kraig has been able to watch his sons from further and further and further away at the course, not feeling the need to guide them through every shot.

Consider that box checked and Kraig has walked the tightrope between dad and coach.

“It’s been tough but we’ve learned to kind of get away from each other if we need to," he said. "I can kind of read them like. ‘(They) don’t need me like (they) would have as a freshman or sophomore.’ I can kind of let them go. Sometimes I’ll let them go and make mistakes and sometimes I’ll try to correct them. It’s been a challenge but we’ve worked through it pretty well."

The future for each of the twins is up in the air. Zach entertained the idea of going to live with relatives in Arizona after graduating, maybe playing junior college golf. Maybe the twins will stick together after graduation and maybe their own golf careers will create the distance.

But they'll always have the last four years; the competition, the quick dinners, the laughs, the wins and the moments.

“It’s really been great," Luke said. "It’s a family affair with me, my brother and my dad just going around Central Illinois, playing our golf and trying to win and move on."

At about the 11th hole on the Moweaqua Golf Course on Tuesday, Zach Rogers knew the potential for a special day sat in front of him.

With last week's news that the IHSA expanded the boys and girls golf playoffs to include a sectional round, the pressure is on for golfers to …

A little bit of flair and a lot of game for St. Teresa sophomore golfer Cody Dodson

St. Teresa's Cody Dodson carries himself with moxie and flair. It's as if he's had plenty of bad rounds in his relatively brief golf career, but nary a bad day.

After looking up to other Charleston golfers, Pierson Smith gets to lead the team

Charleston senior Pierson Smith has looked up to the other Trojan golfers, who won back-to-back Class 2A state titles, including his brother Preston Smith, now at Eastern Illinois. Now it is Pierson's turn to lead CHS.

Car seats, a knee injury, a pandemic and everything in between: Charleston's Hannah Harpster's quest for a state golf appearance

Perhaps there were golf matches last season that Hannah Harpster should have watched from the sideline.

'He's kind of like the horizon,' meet Will Ross, the unflappable sophomore golfer from Monticello

The traffic on US Highway 51 hummed in the background of the fourth hole at the Clinton Country Club and a slight breeze whistled across the fairway as a reprieve from the sun bearing down on the hole.

As Ashley Long and the other three regional medalists in her group moved through the final holes of The Rail Golf Course in Springfield during the Class 1A Rochester Sectional on Thursday, a growing trail of spectators were along for the trip.

Bement's Luke Rogers tees off on Tuesday during the Class 1A Moweaqua boys golf regional. More photos at www.herald-review.com

Bement's Zach Rogers tees off on Tuesday at the Class 1A Moweaqua boys golf regional, where he was the medalist.