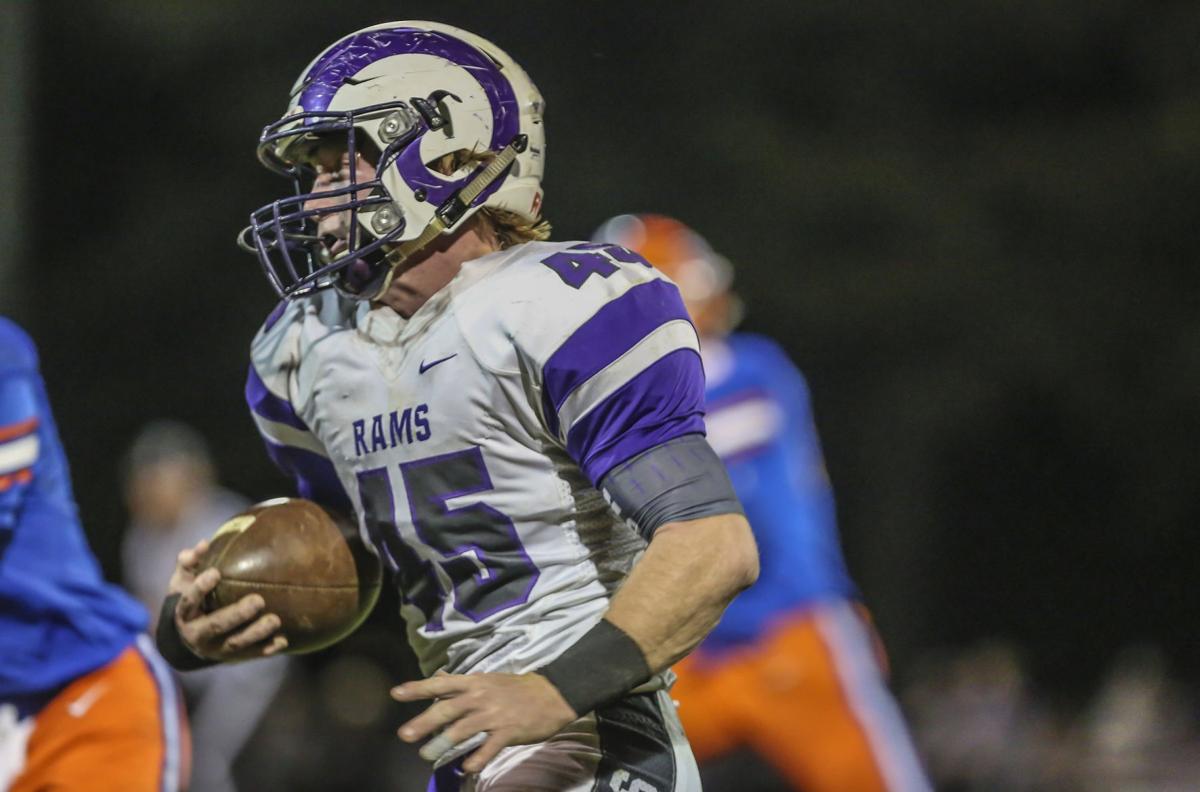 Shelbyville's Clayton Peterson, though 150 pounds, is the key cog on the Rams' defensive line. 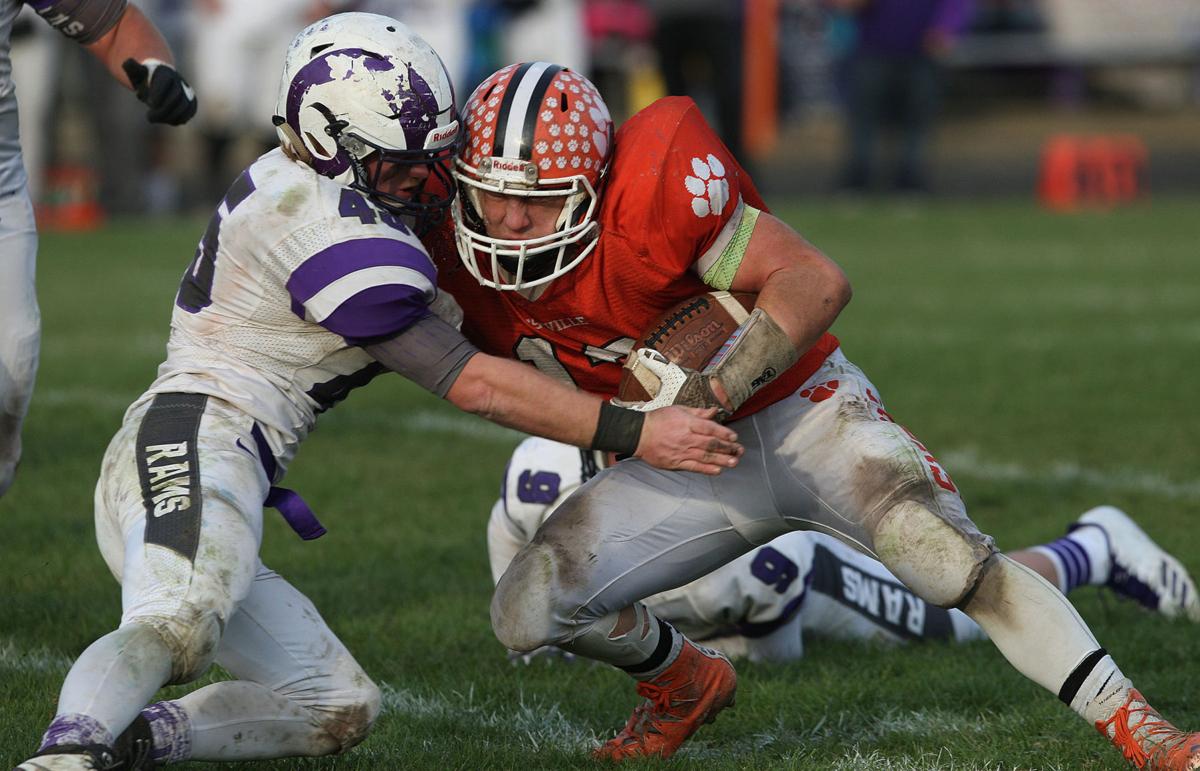 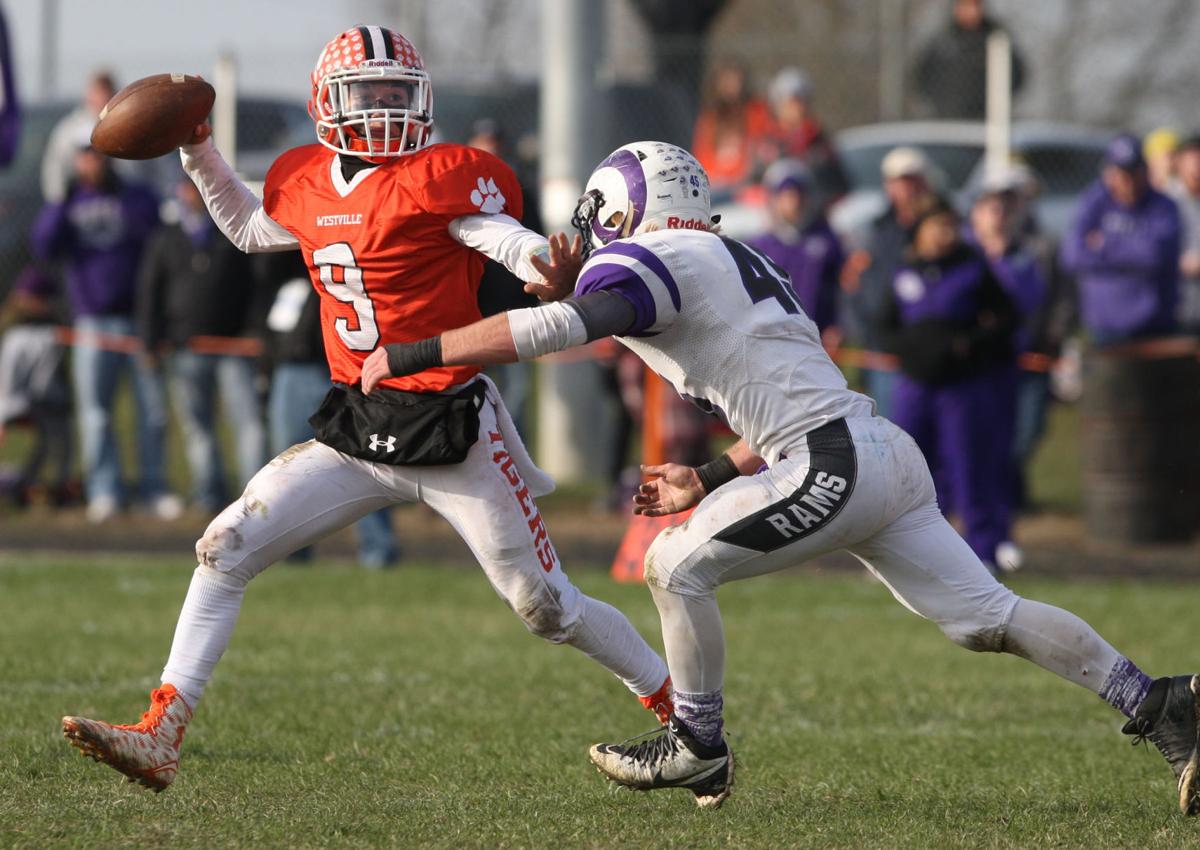 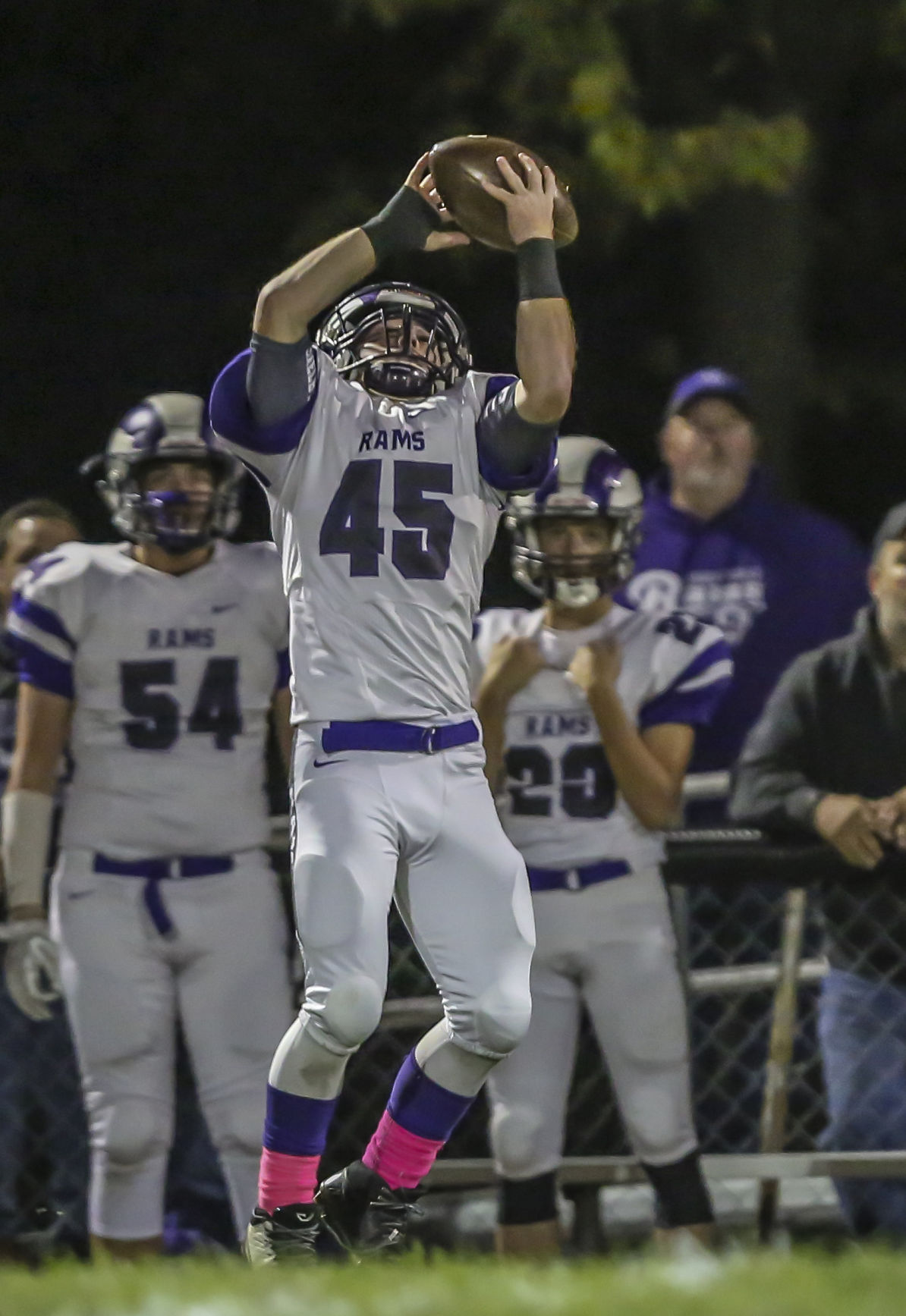 Shelbyville's Clayton Peterson, just 150 pounds, is the heart of the Rams' defensive line.

SHELBYVILLE — The easiest thing to do against Clayton Peterson on a football field is overlook him.

The hardest thing to do is to contain him.

Peterson, a 5-foot-7, 150-pound senior defensive lineman, was an Illinois High School Football Coaches Association Class 2A first-team All-State selection as a junior. He's the heart of the Shelbyville defensive line that will have the task of going against Maroa-Forsyth's offensive line, which averages 227 pounds per starter, at 1:30 p.m. Saturday in a Class 2A state semifinal rematch with a trip to DeKalb on the line.

Though Peterson is half the size of a prototypical all-state lineman, he's made a full plate of production.

“I never use being small as an excuse whatsoever,” Peterson said. “Anyone who knows me knows I would never take that as an excuse. I'm always pushing myself beyond what most people my size would. Even though being 150 pounds might be a bit of a weakness, I use it strategically.”

Peterson enters the semifinal game with 106 tackles, 30 tackles for loss, and four sacks. And the senior has plenty of help along the defensive front, which is predicated on speed.

It starts with Peterson, who not only gives opposing teams fits, but also penchant for being a terror in practice.

“He doesn't stop. It's 100 miles per hour all the time,” Shelbyville coach Bill Duckett said. “If he had the size of what your typical guy is, he'd be getting looks from everywhere.

"He's got a lot of heart and he's got a motor. He's fast and he gives us so much trouble in practice because every down he's going hard. He's constantly causing problem and it becomes: Who's going to block him today?”

Causing problems is negligible compared to what else he does at practice. Peterson, or CP as he is known around the team, turns it into a gear that few can find, and he stays in that gear for 48 minutes. It sets the tone for the rest of the team.

“At practice is really when you see him," McConnell said. "In a game you think, 'OK, he's really good.' Then you come out here and watch a practice and you see CP coming out here and flying around, it makes us all work harder.

"CP is always chirping at us on defense telling us to go as hard as we can. It's really good to have someone who can say it and do it.”

On Saturday, the Rams will see a Maroa team with more size than previous teams.

In fact, the Rams remind Duckett of previous Trojans teams — not as much size, but plenty of speed in the trenches to boot.

“We're more like teams they would have had the past few years where we're a little smaller and faster," Duckett said. “Sometimes that can be bad for us if we're against a team that's able to get a hold of us. If Peterson gets double teamed and can't slip by two big guys, he's in trouble obviously because he's a little bit smaller.

"He relies on being able to get off the ball quicker than them, split a double team and cause problems in the backfield. He follows pullers really well. When he gets in the backfield, he's tough to one-on-one stop.”

If Peterson gets stuck in a double team, Duckett has other faces to move inside and let Peterson move from his traditional nose tackle position to a defensive end position.

Those players include McConnell, Gottfriedt or Grant Mose, the 5-11, 260-pound sophomore.

“My speed is an advantage, I can beat most people out of their stances,” Peterson said. “Let alone being on the outside as an end for containment. When two people are on me, it just means one other guy is free, in my opinion. If two guys are on me it just means I'm doing my job and I'm just proud for my teammates and trust them to get the job done.”

For as many tackles and tackles for losses that McConnell and Peterson have piled up, they take extra pride in their pass rush.

Both are speed rushers, cut from the cloth of beating offensive linemen out of their stances and blowing into the backfield.

But McConnell knows that even though he and Peterson have been working their techniques and moves, it helps to have an athletic secondary to make opposing quarterbacks scan the field in hopes of finding an open man that doesn't always exist.

When they do their jobs, it rewards the defensive linemen with a sack.

Some may call it a coverage sack, even McConnell does at times, but he doesn't want to relinquish all of the credit.

“A lot of our defense is really good coverage,” McConnell said. “I mean, maybe not specifically coverage. I like to give us a lot of credit. I think our D-line is really something special. Most of the time, good coverage really helps us out, but I wouldn't pay it all to the coverage. Sometimes we do stuff on our own.”

SHELBYVILLE – Before the season started, Josh Jostes knew he and sophomore quarterback Ian Benner were embarking on what they hope will be a s…

Shelbyville's Clayton Peterson, though 150 pounds, is the key cog on the Rams' defensive line.

Shelbyville's Clayton Peterson, just 150 pounds, is the heart of the Rams' defensive line.