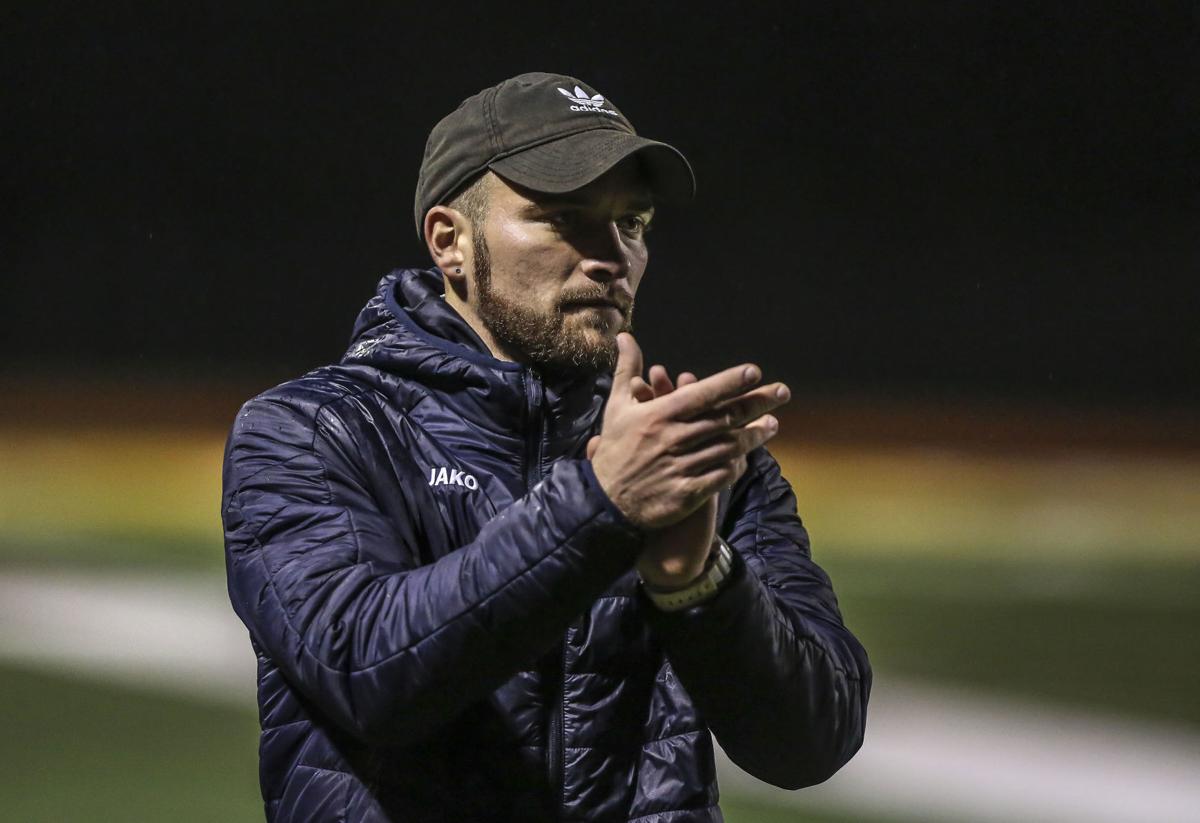 The Bulldogs scrapped for the full 80 minutes against the Raiders team that successfully contained St. Teresa's main scoring weapons and won 3-1 on Friday at East Peoria during State Semifinals. 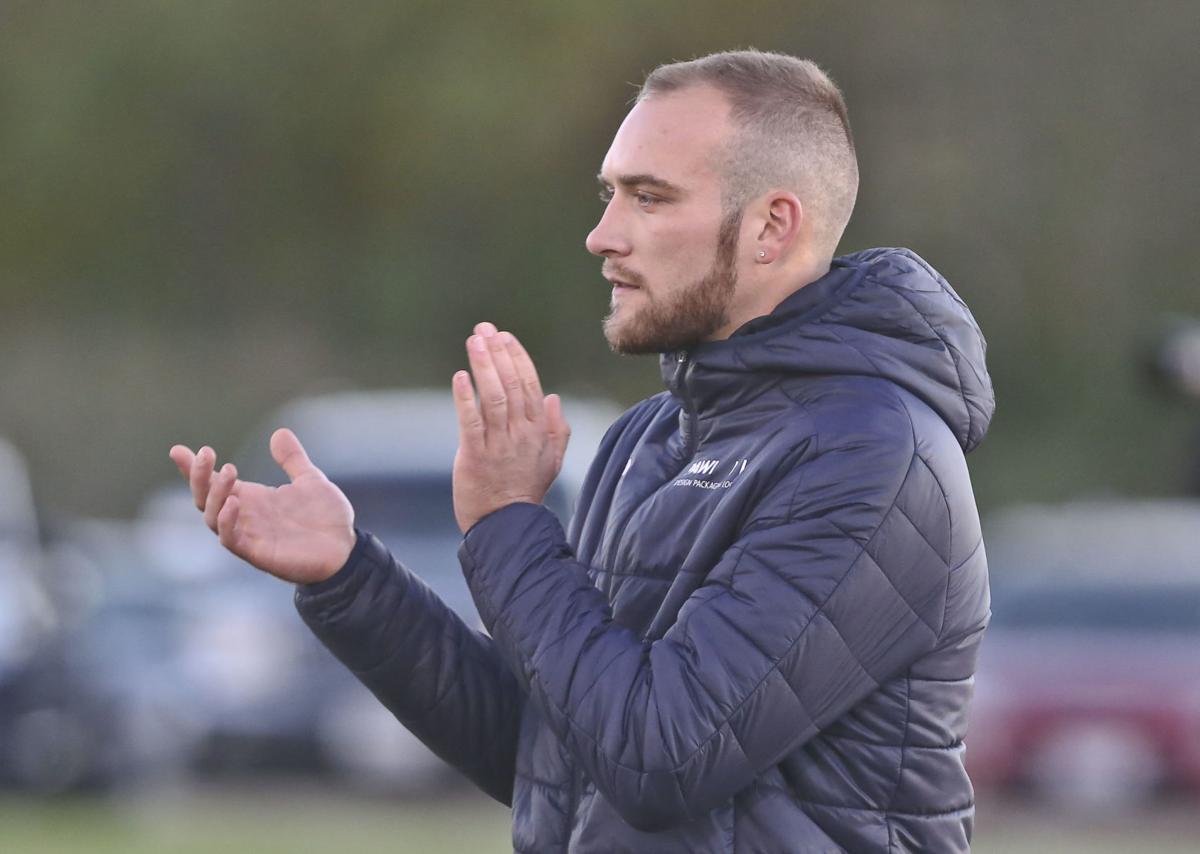 In the first year of his first head coaching position, Wegmann took over a team that had previously only won regional titles and captained the squad to its first trip to the Class 1A boys soccer state tournament in school history and a third-place finish, making him the Herald & Review Area Soccer Coach of the Year.

When Wegmann got to know his roster a little better during fall practices, he knew he had something special.

"To be totally honest, I tell everyone that it blows my mind to have had the players I had and the talent that they had to be at one school the size of St. Teresa. Who knows if it will ever happen again?" Wegmann said.

The Bulldogs featured an experienced group of seniors including forward Luichi Caceres (15 goals, 18 assists), midfielder Massimo Evelti (14 goals, 12 assists) and defender-midfielder Christian Herrera (11 goals, four assists). Combine that with junior scoring phenom Edgar Onate, the 2017 and 2018 H&R Area Soccer Player of the Year, and his 50 goals this season, and it was clear the Bulldogs were ready to contend with some guidance from Wegmann.

"Obviously I have to give all the credit to the players. I knew they had the talent and the skill so I knew if I could get them to play a certain style and get them to buy into the system we would be extremely dangerous" Wegmann said. "When I first got there I thought they were a little bit divided and not a close-knit team but that happens at all levels. That was one thing and I wanted to make it a family. Everyone did everything together and was involved and that in general strengthened everyone’s bond. That was probably the backbone to our success."

Wegman's youth — he is a MacArthur graduate and played soccer at Eastern Illinois University from 2012 to 2016 — was an advantage in building the Bulldogs' camaraderie.

"We respected (Coach Wegmann) from the start and once we sort of realized how close our ages were that helped us be more comfortable around him and that comfort once again helped us with our team unity and becoming a family," Onate said.

A key moment in the growth of the Bulldogs' season came in September when the team played future state runner-up Elgin St. Edward to a 3-3 tie at the Herscher Invite.

"I told my players that this is the type of team that you will face at state. If you can play against them you can see what you have to do," Wegmann said. "Playing against St. Edward gave them insight as to what a state-caliber team looks like. People there said it was an amazing game and pretty intense and it was almost like a state final game."

St. Teresa's run to a state title was stopped by Quincy Notre Dame in the semifinals and regrouping the team for the third-place match against Chicago Acero/Soto the following day was a test for the young coach. Wegmann knew his team was affected by seeing the raw emotions players had at the end of the semifinal game preceding the Bulldogs' match against QND and pointed it out to his team.

"Players were crying and on the ground. Looking at my players I could tell that they hadn’t really seen something like that before — that level of emotion," Wegmann said. "I told them to remember those faces and it will be mentally who can show up tomorrow for pride. (Acero/Soto) lost, we lost. We were basically in the same state and so who could mentally get out of that hole would be the winner and we got their victory."

The 1-0 victory in the third-place match gave the Bulldogs the highest-ever state finish for a Herald & Review-area soccer team.

Not knowing when it would happen again, Wegmann made it a point to take it all in.

"It brought me such joy to see my players so excited and being able to reach that point after all the work they have put in," he said. "I look back at it and I think sometimes, 'How did we do that?' For a personal experience many coaches would love to get to state and for me to have that experience in my first year is a blessing."

Editor's note: The Herald & Review is counting down the top 10 sports stories of 2018.

DECATUR — A year after a magical run to the state tournament, this year's St. Teresa boys soccer team has faced its share of challenges trying…

The Bulldogs scrapped for the full 80 minutes against the Raiders team that successfully contained St. Teresa's main scoring weapons and won 3-1 on Friday at East Peoria during State Semifinals.