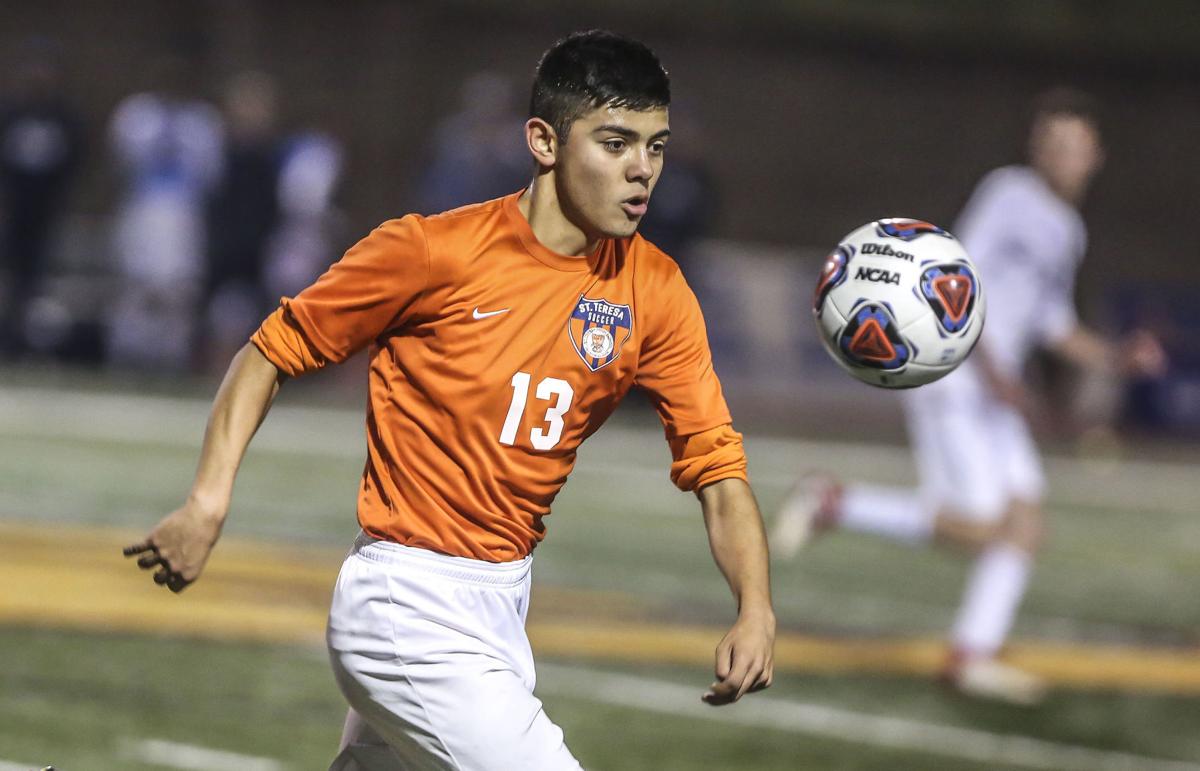 St. Teresa's Edgar Onate moves the ball during the Class 1A state semifinals in October.  Onate scored 50 goals this season for the Bulldogs and is our selection as the H&R Area Soccer Player of the Year. 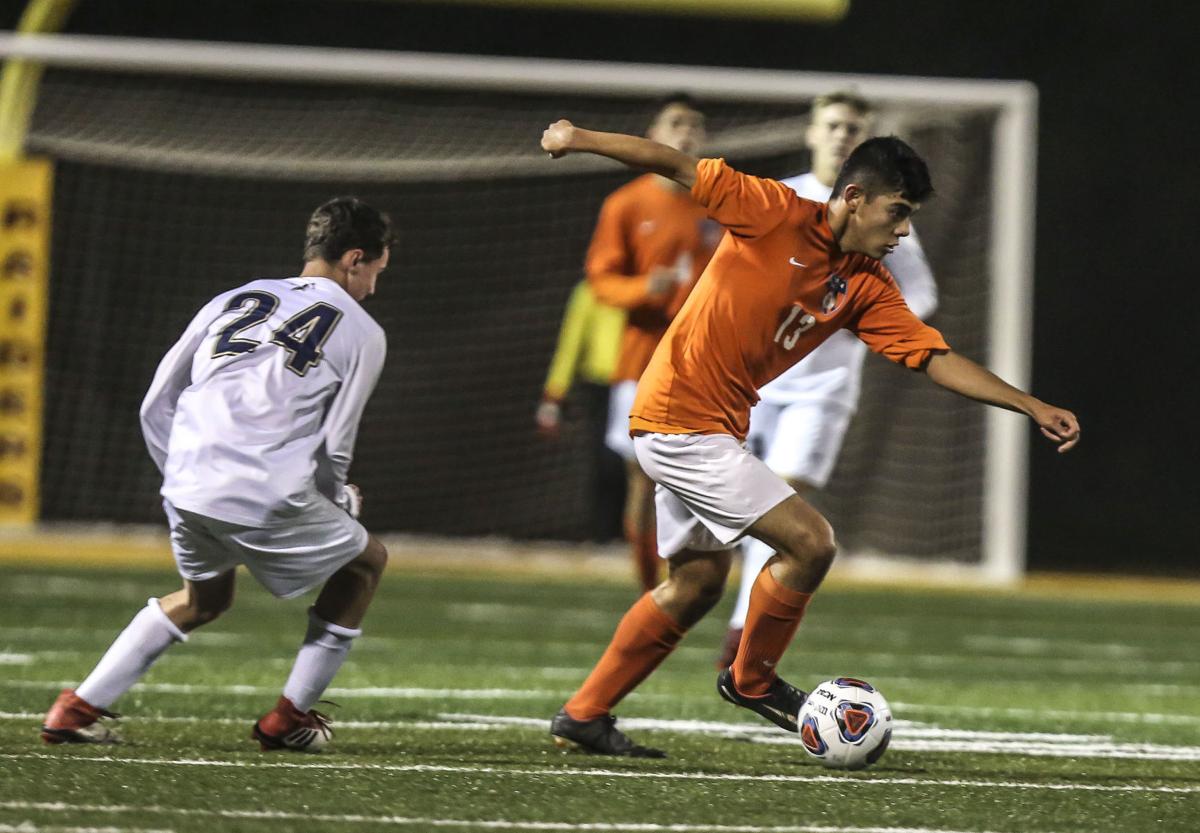 St. Teresa's Edgar Onate (13) handles the ball during the Class 1A state semifinal in October. 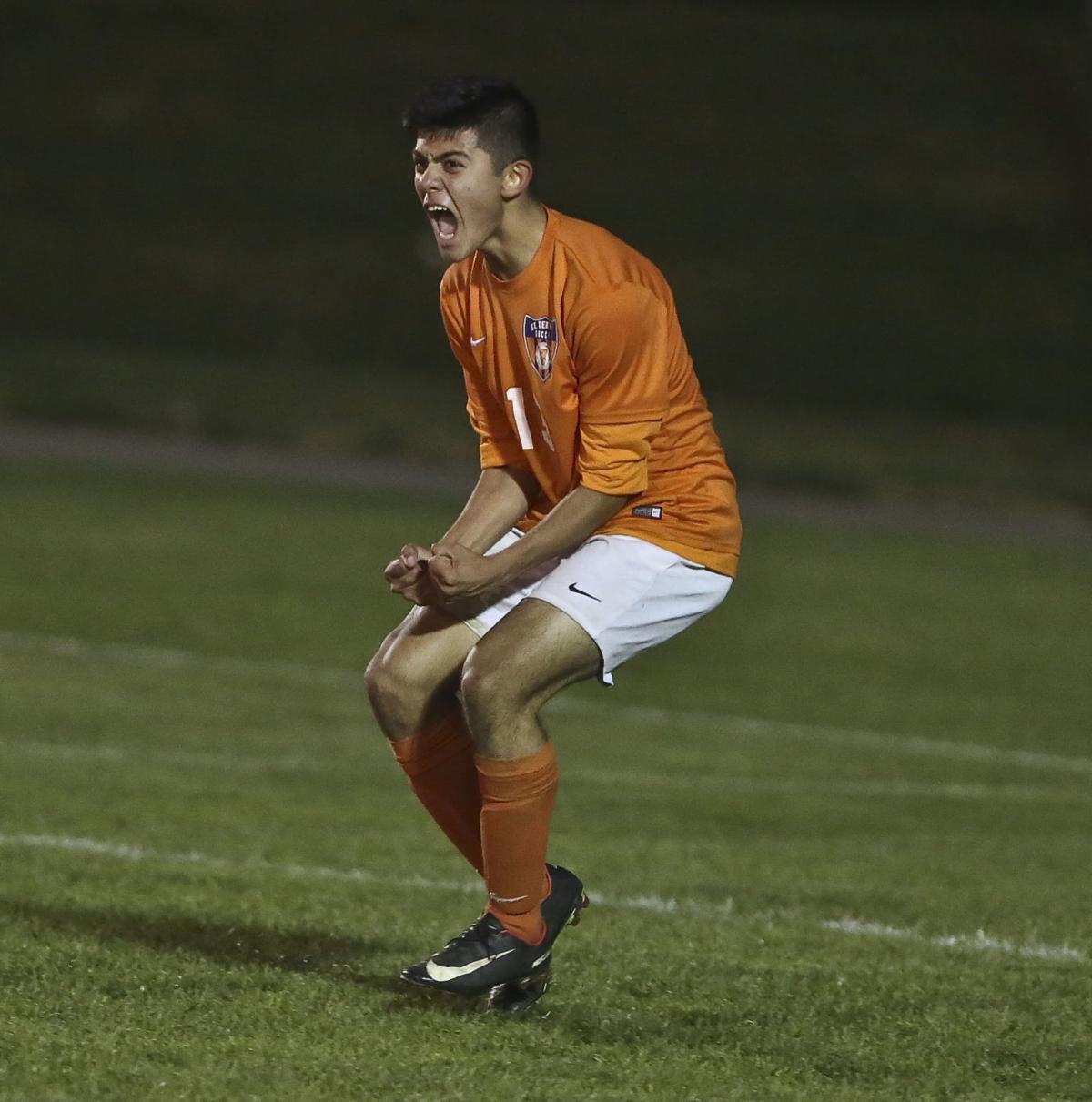 St Teresa's Edgar Onate celebrates the team's win over Earlville in the Class 2A super-sectional. 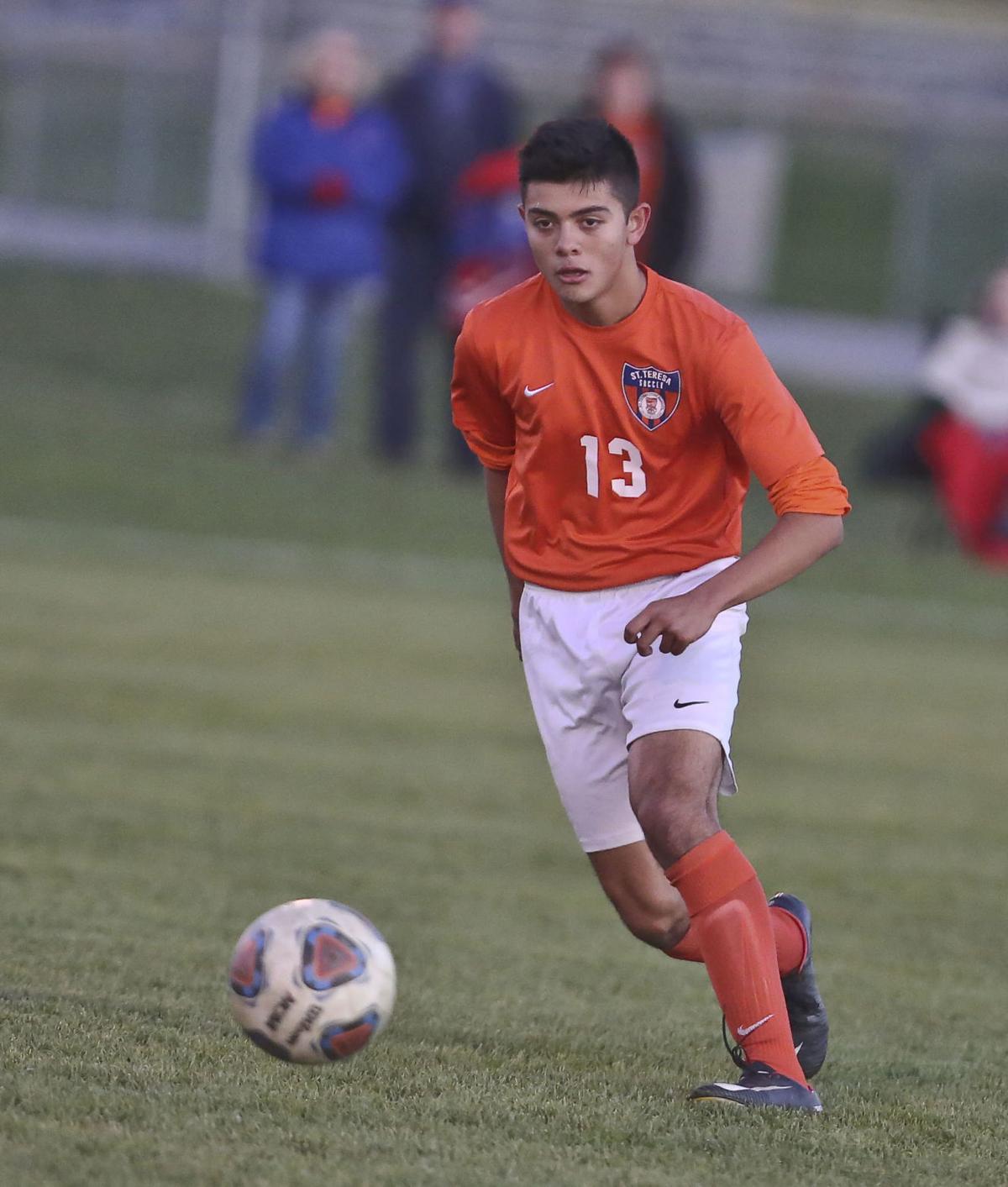 St Teresa's Edgar Onate advances the ball during the Class 1A super-sectional against Earlville.

That is how St. Teresa striker Edgar Onate described his favorite moment of the Bulldogs' remarkable 23-3-3 season that culminated in a Class 1A third-place finish at the state tournament.

"It was the super-sectional game against Earlville. It wasn’t even during the game, it was when the final whistle blew, Onate said. "Our minds blew up and everyone on the team were just so amazed that we had actually done it.

"Coach (Davis Wegmann) told us from the beginning that he thought we could make state. Some of the guys laughed at him, me included, but I really didn’t know if we could or not.

"In that moment it was amazing and a bunch of happiness throughout the team, parents and coaches. It was pure joy."

The win gave St. Teresa its first ever trip to the state soccer tournament. Onate's scoring prowess (50 goals and 15 assists) powered the Bulldogs' offense and made him the Herald and Review Area Soccer Player of the Year.

As the season developed, opposing teams would play the Bulldogs with a single mission — stop Onate. But that created more chances for other players.

That unselfishness was a key to Wegmann's change in culture in his first year coaching at St. Teresa.

"What the players didn't realize was that they were more individualistic (in previous seasons) and so now I try to get them to play this style, but then they think in their head that they might not get their individual success. But if they look back at it, we played played our style and individually they reached a higher potential," Wegmann said.

As the 2017 H&R Soccer Player of the Year, Onate had 42 goals and 12 assists last season and small changes implemented by Wegmann improved Onate's overall game.

"If Edgar put his mind to it he could play any position on the field but he is definitely a striker. I can say that because he doesn’t like to come back and play defense much," Wegmann said. "(This season) I wanted him to come back a little bit to come get the ball instead of waiting for the balls to come to him so he can take over the game a little bit."

Wegmann also pressed Onate and Caceres (the Bulldogs other leading scorer with 15 goals and 18 assists) to take the fight straight at opposing players.

"I preached to Edgar and Luichi to take people on, dribble at them. Kids at this age, they get scared whenever you dribble at them and they both had the ability to do that and that was a huge part as to why were were able to advance, because we had players who could take people on and get past players," Wegmann said.

Caceres, Herrera and Evelti are all graduating from the team, leaving Onate, a junior, with a lot more to carry next season.

"As a high-level player, Edgar naturally has a leadership quality because people look up to players who can play the game," Wegmann said. "Next year’s he’s definitely going to step up because he’s not going to have as much help with the seniors gone and I’m really interested to see the growth from this year to next year with him as a player."

It's a long way off still, but Onate is up to the challenge.

"I think next year will be difficult without the seniors but I have faith in all the guys on the team and I see potential in a lot of players and I know Coach Wegmann sees a lot of potential in players that they don’t see in themselves yet," he said.

Onate also has the blueprints on how to build a strong team dynamic that feels more like a family than a roster.

"The first few years, there just wasn’t as much connection between the players. Our captains and seniors did such a great job making the freshmen and sophomores feeling involved," Onate said. "At our practices we talked about setting goals for ourselves and one of those goals was state. As the season went on, we got closer to the postseason and we got closer as a team.

"The bond was getting tighter and tighter and so as postseason hit we were already a family and a complete unit."

The Bulldogs' state semifinal loss to Qunicy Notre Dame was tough for the team but with time their accomplishments have come into focus.

"The first few days after we lost it was hard but ever since then we have been learning to accept and to realize that we made it that far and that that was the best any soccer at St. Teresa has ever done," Onate said. "After a couple of days we were really proud of ourselves for what we have accomplished."

Check out B4 for the H&R's All-Area Boys Soccer Team selections.

DECATUR — A year after a magical run to the state tournament, this year's St. Teresa boys soccer team has faced its share of challenges trying…

St. Teresa's Edgar Onate moves the ball during the Class 1A state semifinals in October.  Onate scored 50 goals this season for the Bulldogs and is our selection as the H&R Area Soccer Player of the Year.

St. Teresa's Edgar Onate (13) handles the ball during the Class 1A state semifinal in October.

St Teresa's Edgar Onate celebrates the team's win over Earlville in the Class 2A super-sectional.

St Teresa's Edgar Onate advances the ball during the Class 1A super-sectional against Earlville.