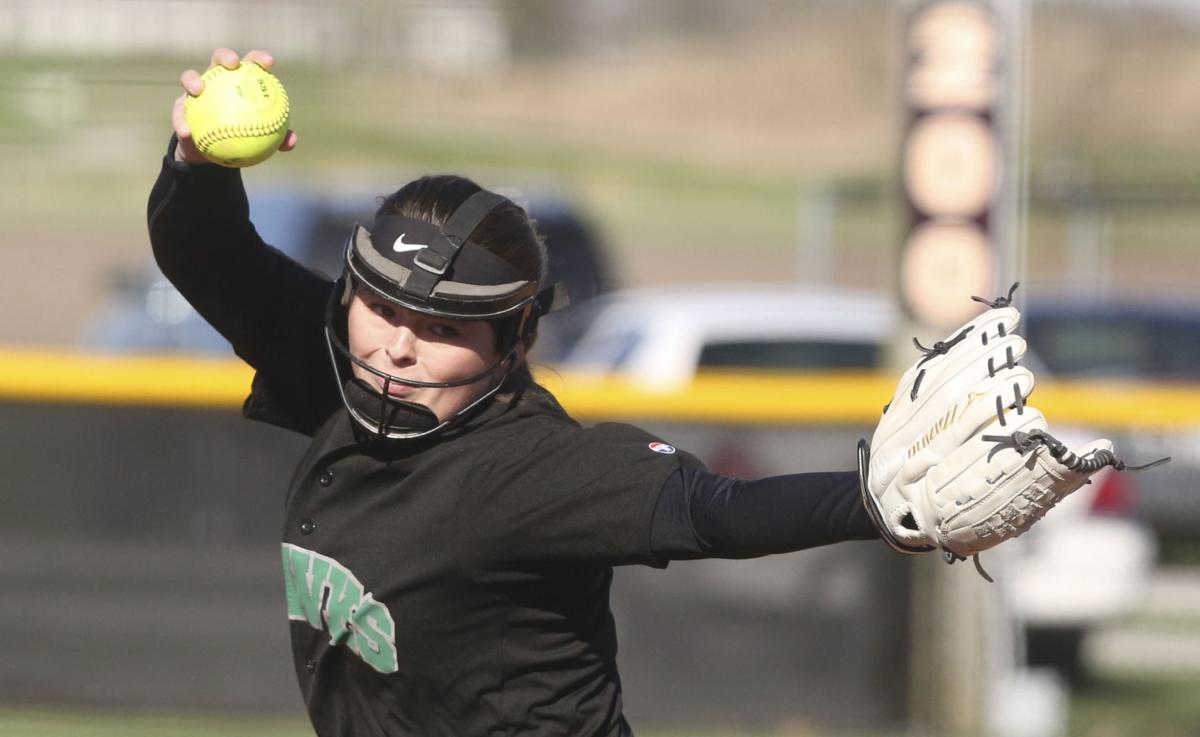 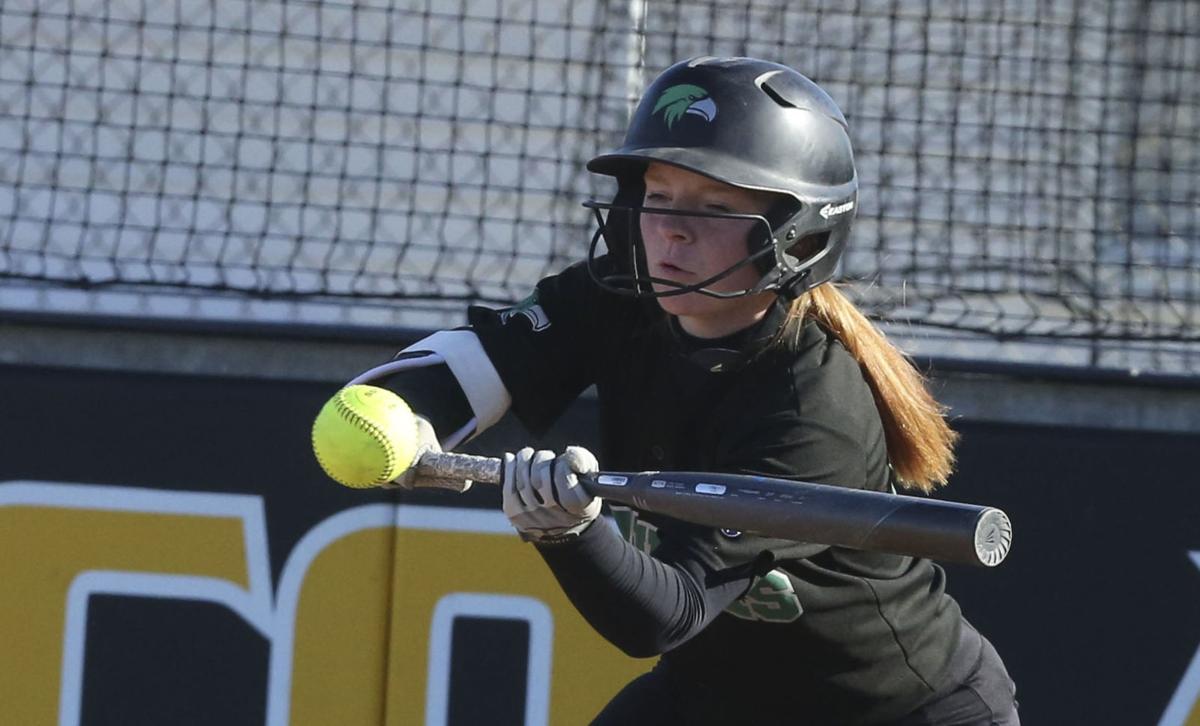 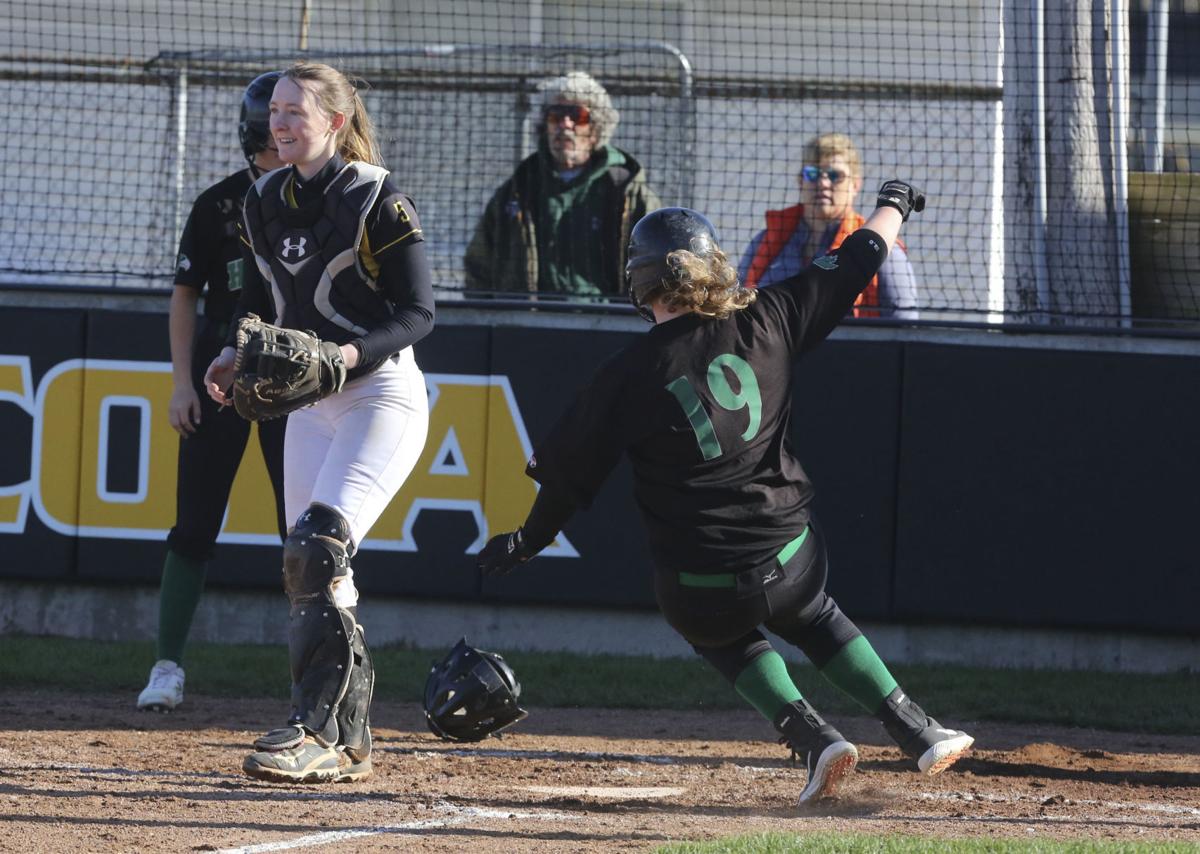 TUSCOLA — Abbi Hackert rose to the moment when Meridian needed her most.

With two strikes and two outs in the top of the sixth inning with the Hawks trailing by a run, Hackert unleashed on a three-run home run to dead center field to give the Hawks a two-run lead on Friday.

Four batters later in the top of the seventh inning, after Tuscola had drawn back within a run, Zoie Bowman hit a two-run shot to center field to give Meridian insurance on the way to a 7-4 win.

It was the first loss of the season for Tuscola (14-1, 3-1) and gave Meridian (13-2, 4-0) a big Central Illinois Conference road win at Ervin Park, where Hawks coach Greg Streeval knows wins are hard to come across.

Hackert, the No. 8 hitter, was 2-for-3 with two runs scored and three RBIs. Streeval was pleased to see that out of his freshman. It gave Meridian the punch it needed after stringing together four hits and two runs through the first five innings off of Tuscola starter Kaitlyn Reifstek.

"We weren't having a whole lot of success early," Streeval said. "I'm just on 'em, on 'em, on 'em about 'We've got to get contact, we've got to drive the ball,' and we finally got ahold of a couple of them.

"To have a freshman come up and do that was big."

The runs backed Meridian starter Peyton Latham, who struck out five and allowed two earned runs in a a complete game. Tuscola had runners on first and second in the bottom of the seventh with the tying run at the plate before Latham induced a soft grounder off the bat of Jessie Martin to end the game.

For as big as Hackert's homer was, Bowman's provided the insurance going into the bottom of the seventh.

"I think it got us going," Bowman said. "It really got us back in the game."

Tuscola coach Lenny Sementi said he may have had his team too amped up for the game, and the Warriors made uncharacteristic mistakes, that included two errors. The Warriors got a pair of RBIs from catcher Jackie Watson, who drove in leadoff hitter Natalie Bates both times.

"We made a couple mistakes that we don't normally make," Sementi said. "Those home runs, we had two strikes on both of those batters. Then we give up two home runs. Maybe that's me calling pitches, it could be anything. We're a better team when we play loose. Eventually it was going to happen."

Argenta-Oreana scored a run in the second inning and led 1-0 until the Riders got two runs in the fourth for a 2-1 lead. Arcola added another run in the top of the sixth to make it 3-1, but the Bombers scored three in the bottom of the inning to take a 5-3 lead. The Riders scored four runs in the seventh for the win.

KayLee Hohlbauch hit a double for the Riders and was the winning pitcher allowing five hits and four runs while striking out eight.

Arcola travels to Okaw Valley for another division game Monday.

MAROA — A non-conference game between Macon County rivals turned into a sloppy but entertaining come-from-behind win for Maroa-Forsyth.

BETHANY — Argenta-Oreana has been off to an up-and-down start in its first season under following a run to state and with a new coach in Jeff Hollon.

MATTOON -- On a cool night, both Mattoon and Charleston battled in pitcher's duels with the Green Wave sweeping the Apollo Conference opener f…

Zoie Bowman settled in and soaring for Meridian softball

MACON — Greg Streeval knows a good softball player when he sees one — at any level.

BETHANY — LSA freshman Gannon Harshman didn't give Okaw Valley much to work with on Wednesday afternoon.