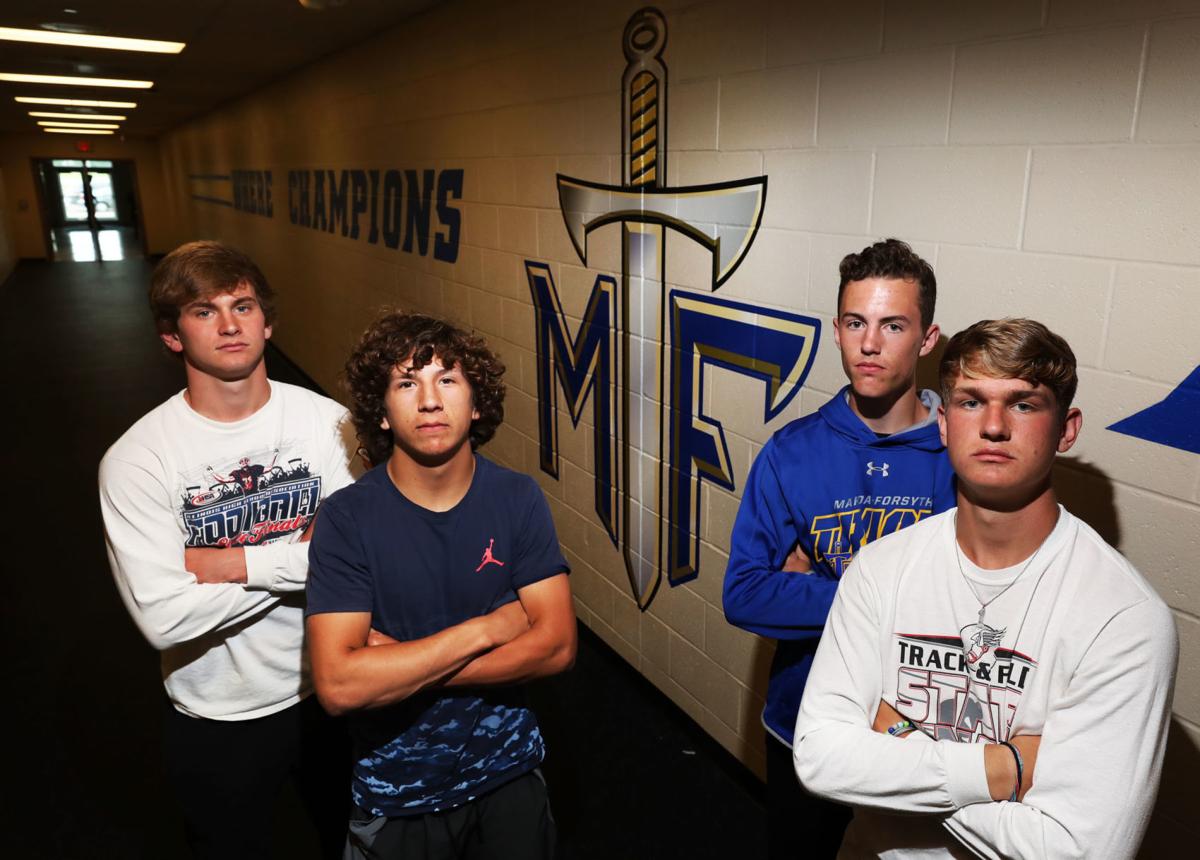 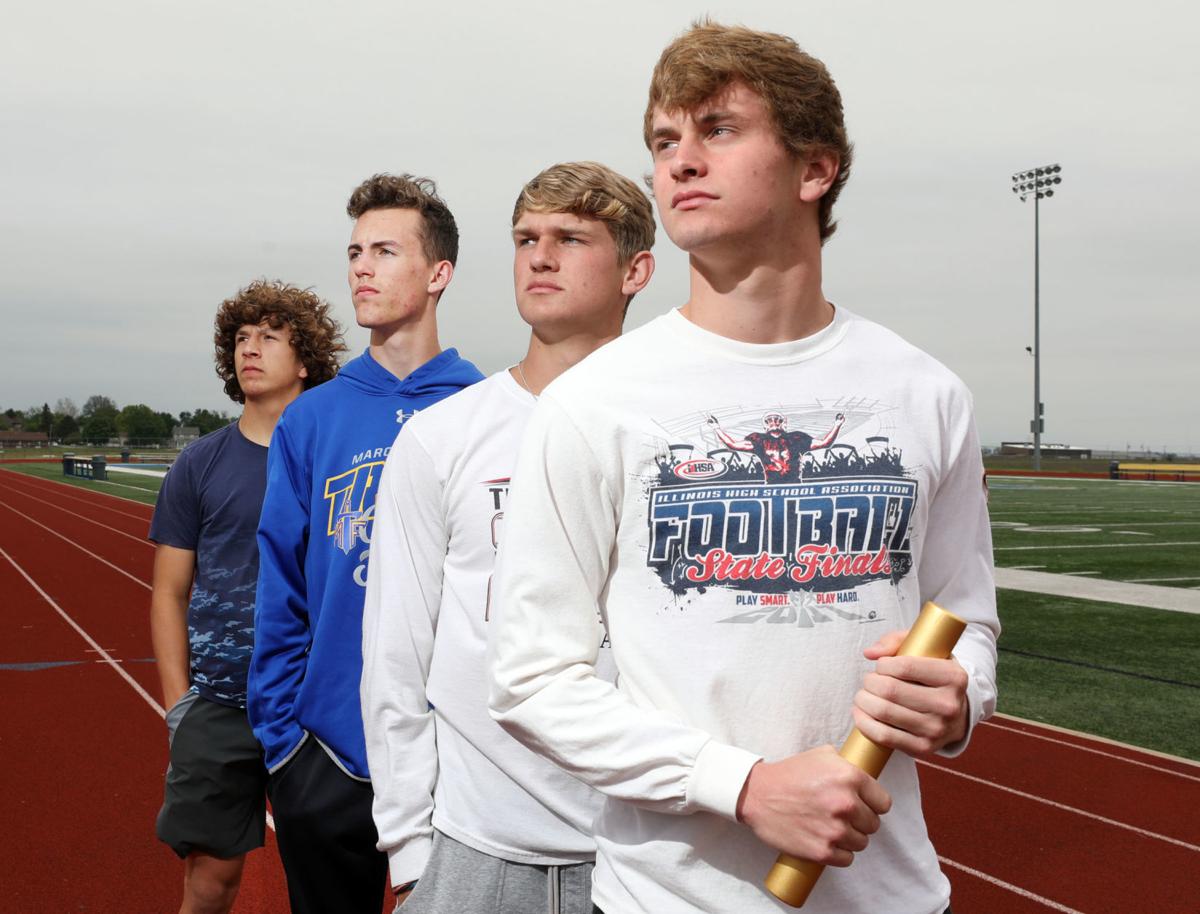 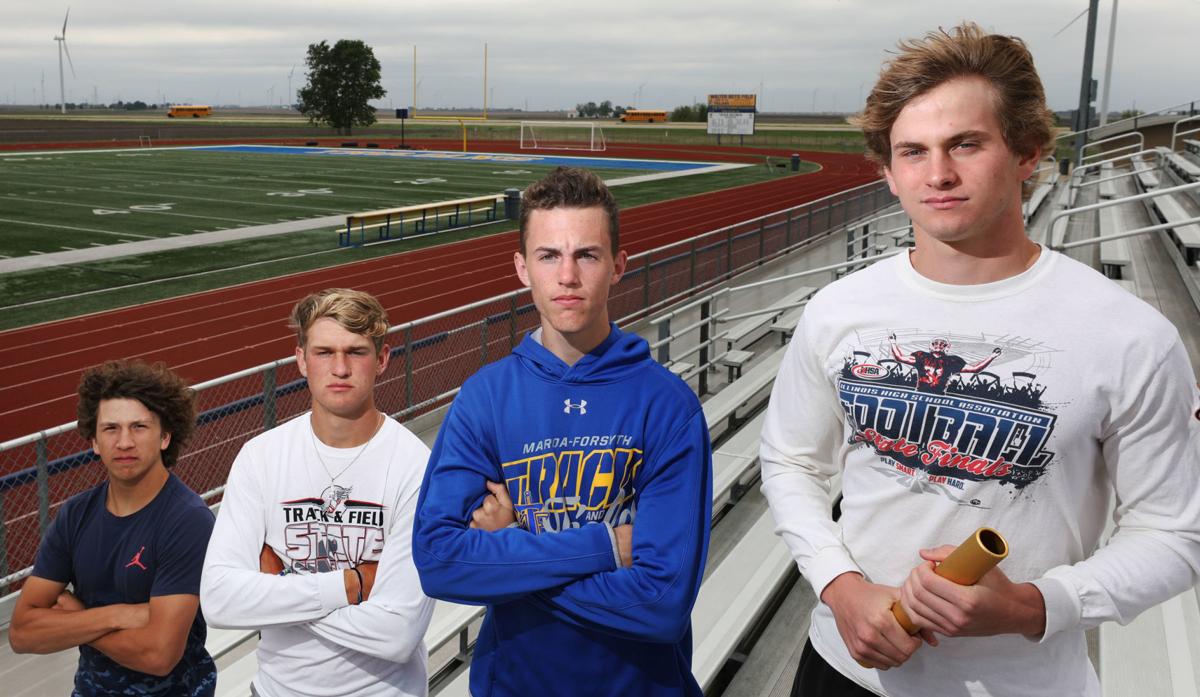 It never came. Maroa-Forsyth wasn't much of a boys track school. Boys played football in the fall, basketball in the winter and baseball in the spring. Track was the odd sport out other than a few who joined the Warrensburg-Latham team when the schools were in a track co-op. But last season, head football coach Josh Jostes took over the boys track team, and the program has grown.

Last week at the Class 1A St. Joseph-Ogden sectionals, Kupferschmid's wait came to and end. After narrowly missing the cut in the 800-meter run, he subbed in on the 4x400-meter relay team that advanced to this weekend's Class 1A state track and field meet at O'Brien Field in Charleston on the campus of Eastern Illinois University.

Sectionals were the first time that Kupferschmid took part in the 4x4 this season. For four years he ran distances races: the 3,200, 1,600, 800 and on the 4x800-meter relay team. But Jostes wanted to advance his senior to the state meet for the first and last time. He began looking at where Kupferschmid could make the biggest impact. He saw the 800 and he saw the 4x400. Quickly he replaced his son, Wade Jostes, in the 4x400 and subbed in Kupferschmid. It worked and the Trojans have the eighth-best time going into Thursday's preliminary round at 3 minutes, 28.28 seconds.

“I was beyond excited," Kupferschmid said. "I owe a lot of thanks to Jostes for really statistically looking at it and finding out exactly where I could do the most damage and have the best chance of going to state."

Kupferschmid will be joined by a massive contingent of teammates in Charleston. Cody Marsh, Ben Gilbert and Braden Crosby make up the rest of the 4x400 team. They're also sending the 4x100- and 4x200-meter teams of Gilbert, senior Justin Livingood, Wade Jostes and Crosby. All except Livingood are sophomores, setting Maroa up for success long past this season. Individually, Noah Holthaus is going in both hurdle events, Gilbert and Kile Campbell are in the long jump and Rob Gentle is in the pole vault.

“It’s honestly amazing," said Livingood, the elder statesman of the relay teams. "To be ranked third overall is something I’ve always wanted, it’s better than just going to state."

The state qualifying didn't come without sacrifice. Gilbert and Crosby ditched their solo races to be ready and energized for the relays. Wade Jostes took a backseat for Kupferschmid in the 4x400.

Josh Jostes may be relatively new to track and learning on the fly, but he knows exactly what speed looks like and where his guys stack up in the state. In the early parts of the year, the team made it a point to pour all of their energy into the relay teams. Until last year, Maroa never sent more than two events to state in any given year, Jostes said. Maybe a couple of his guys could have advanced runners individually, but the damage is in the relays.

“I’m a teamwork guy," Josh Jostes said. "Track is an individual sport. But if you’ve got dudes like that, I don’t know any one of our kids that would be seeded third like we are in the 4x2, but I can put four in a relay."

The 4x1 and 4x2 teams are rich in chemistry and cohesion. Wade Jostes and Gilbert have been running relays together since sixth grade and have gone to state each year until last year, where Gilbert missed because of a hamstring injury. Wade Jostes and Livingood each were on the 4x2 team that went to state last season, but didn't advance out of the preliminary rounds. Crosby joined the relay teams in eighth grade.

Wade Jostes, Gilbert and Crosby hang out away from the track, and obviously all play football together. Livingood fits right in with that group.

“We’re pretty close," said Gilbert, who Livingood says may be the fastest runner on the team. "It helps because we can bond together and tell each other when something is wrong and we can fix it."

Josh Jostes has made Maroa known for its football team. The Trojans have three consecutive second-place finishes in Class 2A. But he's also invested in his new track gig. Things are changing and there's an investment in track.

Perhaps that comes with a turn in the tide, and the days of two-man presences in Charleston are over.

“I really want to be known as a tracks school because that’s my favorite sport," Crosby said. "I think we could. We have a chance to hoist a team trophy this year. I think that would be really good."

Said Wade Jostes: “We think we’re going to come in this year and we’re ranked high in a lot of things. We’re going to show people we’re not just a football school."

Stanley a threat for three golds

Pana in contention for a trophy?

Stewart gets his shot

MAROA — The competitiveness that fuels Josh Jostes was bred at a young age.