St. Teresa volleyball playing for spot at state on Friday
0 comments
Share this
{{featured_button_text}}
1 of 2 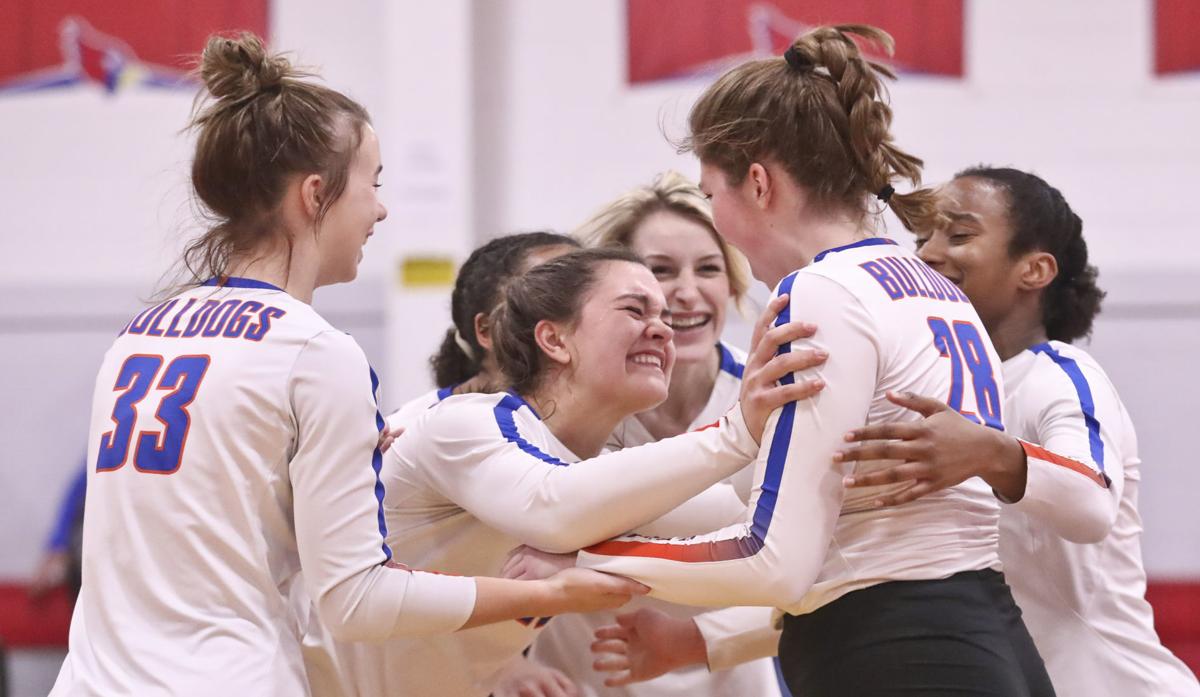 The St. Teresa volleyball team battled Downs Tri-Valley Wednesday at the Class 2A Pleasant Plains sectional final and came away with a commanding 25-11, 25-16 victory. 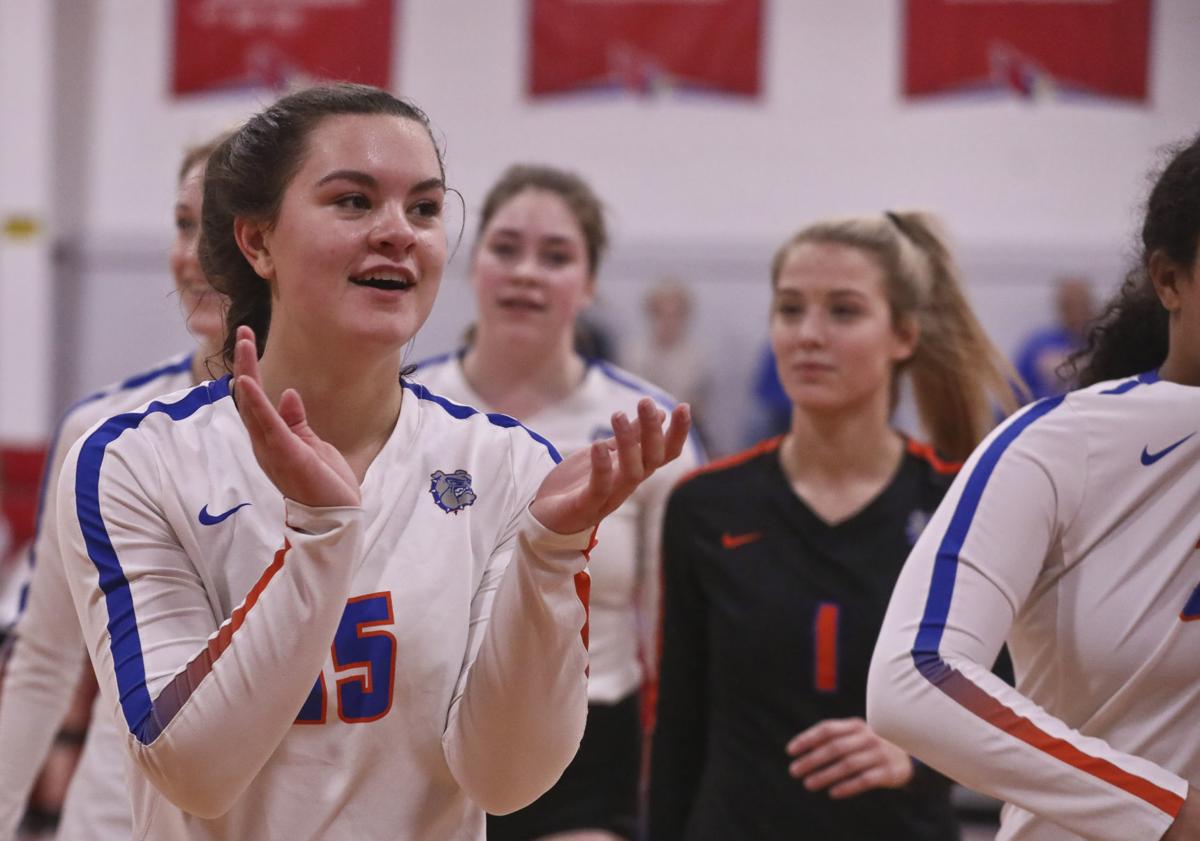 As the Bulldogs took control of the first set against Class 2A sectional final opponent Downs Tri-Valley on Wednesday, the Vikings fans began trying to disrupt her serve as they stood just a few feet behind her. The crowd was eventually admonished by the referees to stop calling out to Robinson by her name.

"They were screaming my name: 'Abby,' and then they started saying, '15,' and I was like whatever," Robinson said. "It wasn’t bothering me but just like hearing your name being said, it might be my coach or teammate."

Robinson went on to serve the match point to put an exclamation point on the 25-11, 25-16 victory. She also led the Bulldogs' offense with nine kills and added 10 digs.

"Everyone had their moments. Caleigh (Craft) had her serve again (four aces) and Lexie Huck is just now getting back to 100 percent (from a foot injury). All my outside hitters are really good and our middles don’t get enough credit for how hard they work," St. Teresa coach Brad Dalton said following Wednesday's victory.

Outside hitter Valerie Nutakor and Huck each added six kills and Craft had five. Huck, the Bulldogs' setter, had 16 assists, and Cami Lobb added 10. Libero Grace Buxton added eight digs and Craft had 10.

Another balanced performance will be critical for St. Teresa, which sits one victory away from returning to the state tournament after making it to the Class 1A tournament last season.

The Bulldogs (34-5) make the two-hour plus journey to the Class 2A Farmington Super-sectional to face Orion (37-1) on Friday at 7 p.m. Both teams are on a roll.

Since the Bulldogs' last defeat (to Morton on Oct. 19), they have only lost one set (to Quincy Notre Dame on Oct. 26 in a 2-1 victory) in an 11-match winning streak. St. Teresa is currently ranked fifth in Class 2A, according to MaxPreps.com.

The Chargers' one defeat on the season came Sept. 17 against Fulton and Orion has won 29 straight matches. It is currently the No. 9-ranked team in Class 2A, according to MaxPreps.com.

A return to state for St. Teresa would be the fourth in program history. Last year's third-place finish was the best placing at state following fourth-place finishes in 2010 and 2011.

WHAT: Class 2A Farmington Sectional

NOTE: Winner advances to the Class 2A state tournament at Redbird Arena on the campus of Illinois State University in Normal.

St. Teresa will play for its second straight sectional title and sixth in program history against Downs Tri-Valley at 6 p.m. Wednesday at the Class 2A Pleasant Plains Sectional final.

St. Teresa volleyball's defense is hitting its stride, and Bulldogs win their own Class 2A regional

DECATUR — Something has clicked in the St. Teresa volleyball team — again.

FARMINGTON — There were no easy points for St. Teresa.

St. Teresa became the first Macon County team to win a state volleyball championship on Saturday was and were honored on Monday at the school.

The St. Teresa volleyball team battled Downs Tri-Valley Wednesday at the Class 2A Pleasant Plains sectional final and came away with a commanding 25-11, 25-16 victory.