St. Teresa volleyball's defense is hitting its stride, and Bulldogs win their own Class 2A regional
0 comments
Share this
× 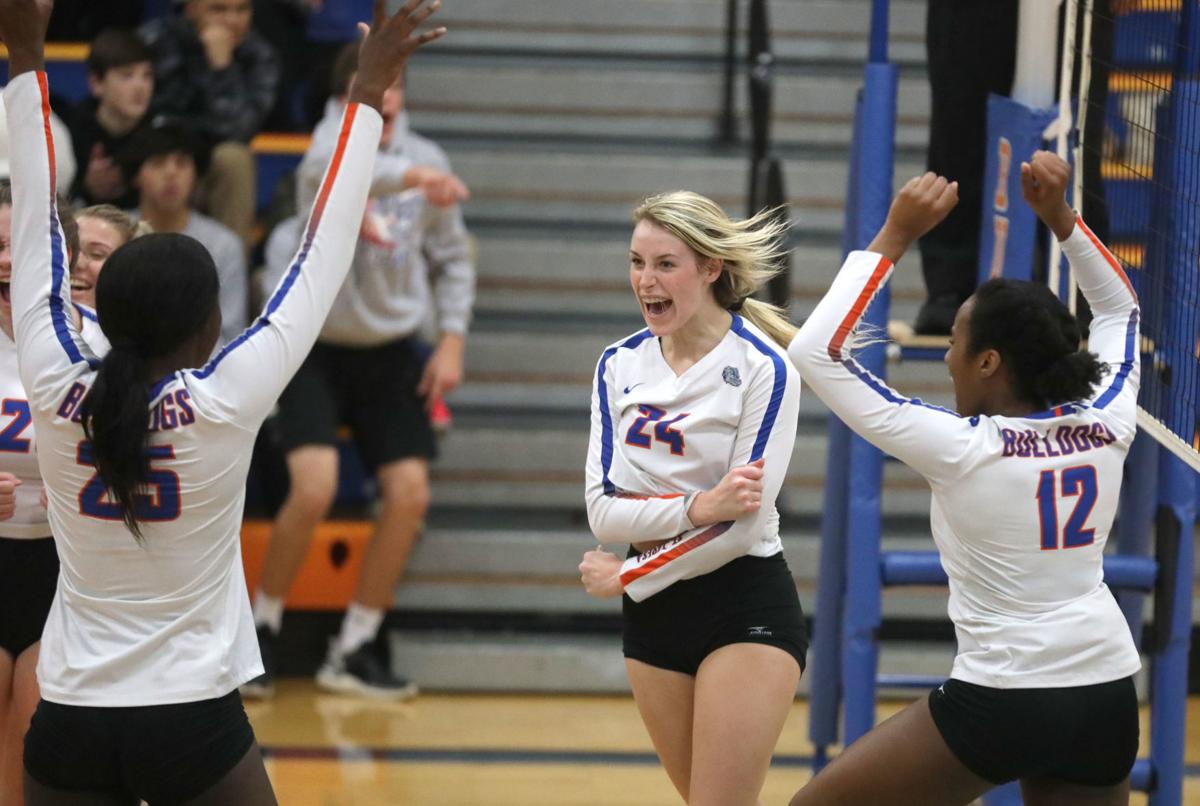 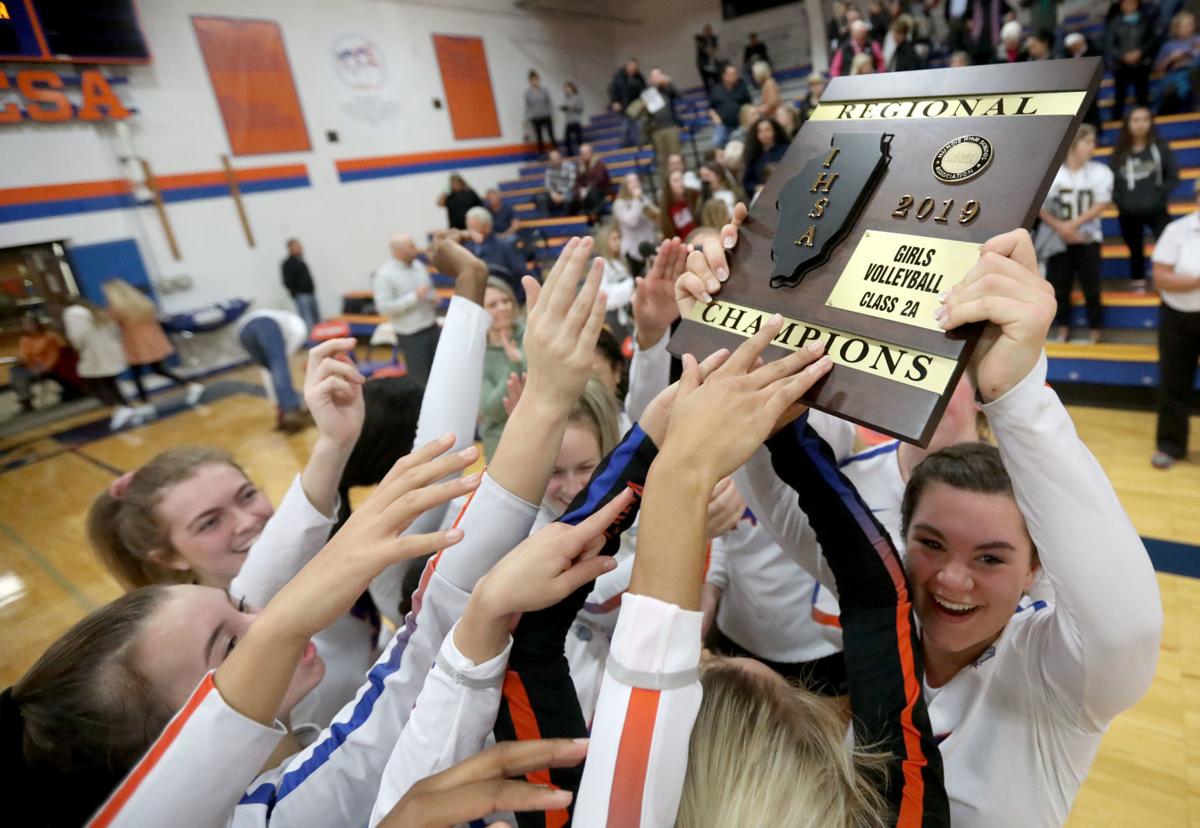 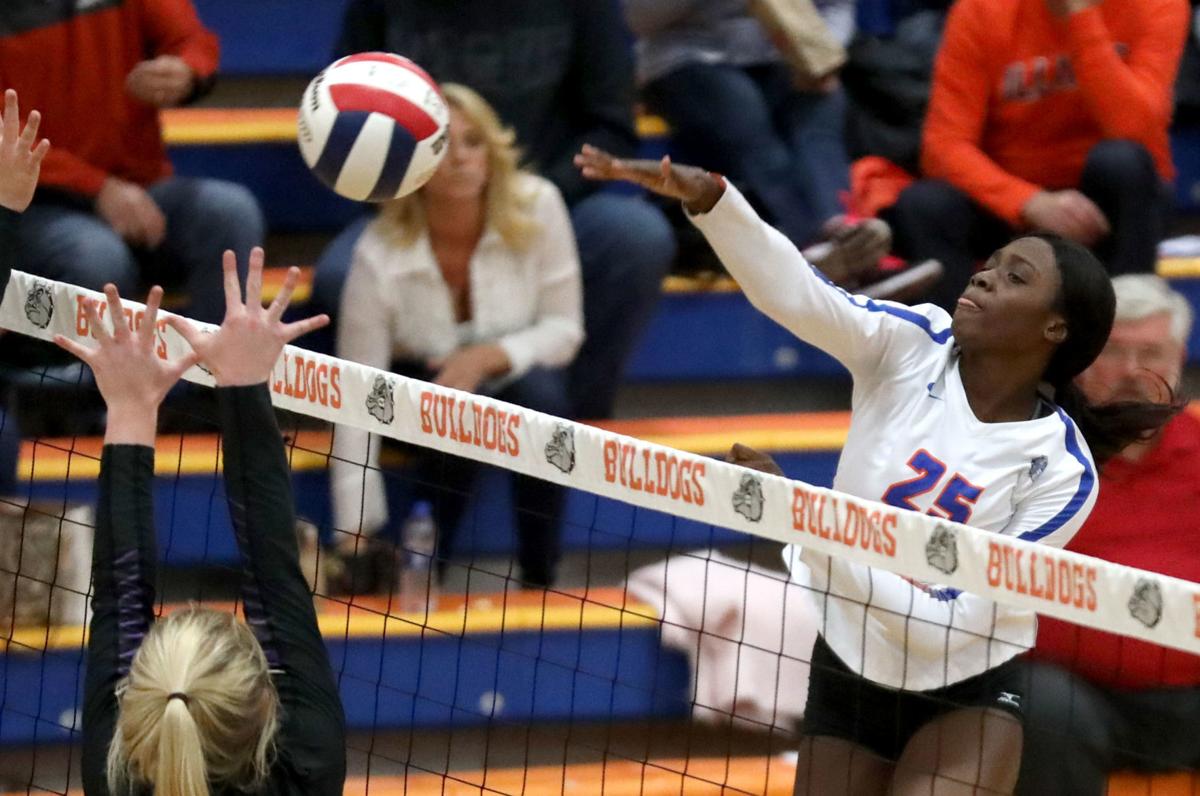 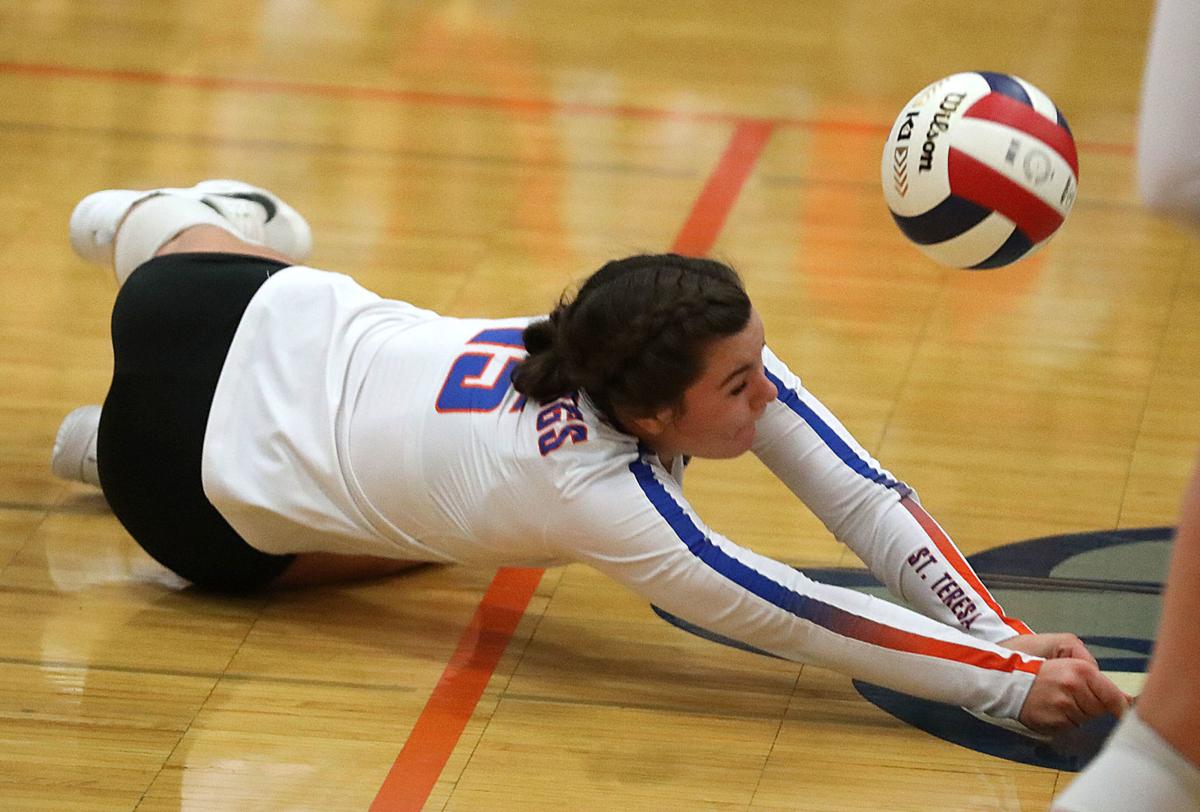 St. Teresa's Abby Robinson (15) dives for a ball against Sacred Heart-Griffin during a Class 2A regional finals at St. Teresa. More photos at www.herald-review.com 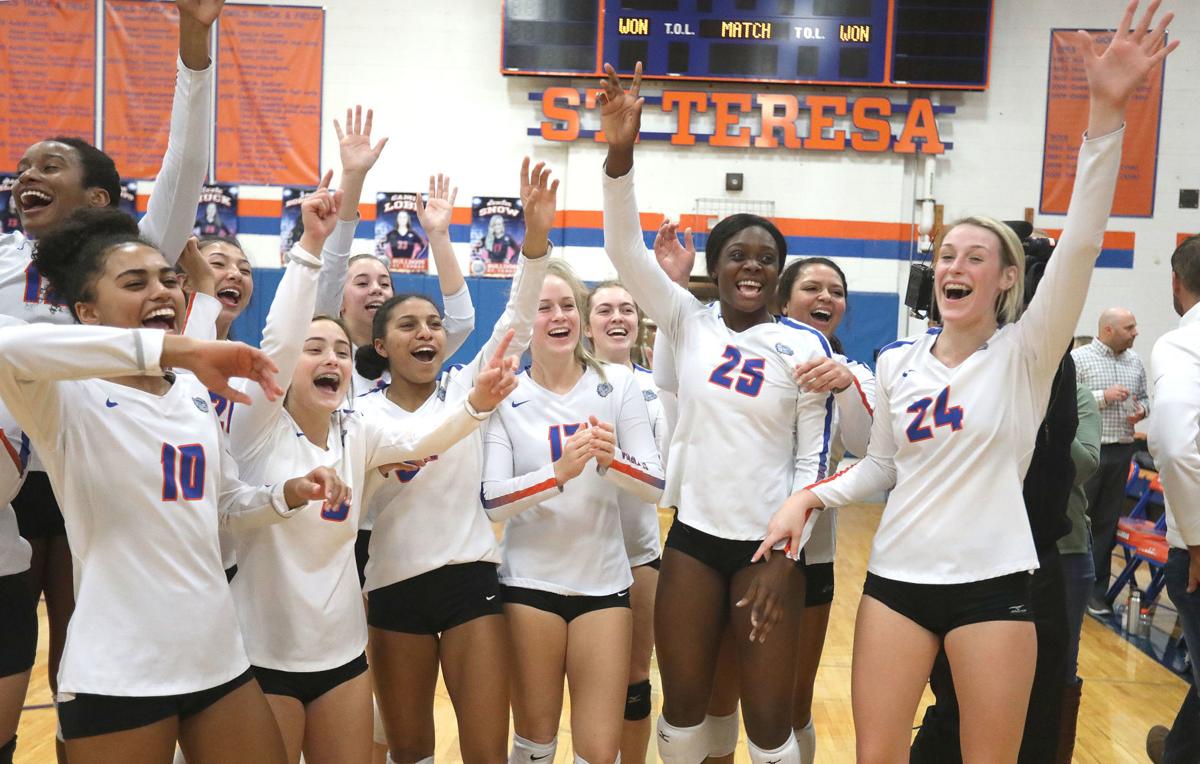 The St. Teresa volleyball team, celebrating after beating Springfield Sacred Heart-Griffin on Tuesday in the Class 2A Decatur (St. Teresa) Regional final, won the state title this year and has made state four times since 2010. Non-boundaried schools have won 46.3 percent of state volleyball championships in the last 10 years.

DECATUR — Something has clicked in the St. Teresa volleyball team — again.

About a month ago, Bulldogs coach Brad Dalton noticed a change in his team's defense. There were some minor mechanical tweaks, but for the most part his group was coming together, playing at the same speed and putting a blanket over the court. The renaissance started at the line with players like Valerie Nutakor and Caleigh Craft and worked continued all over with libero Grace Buxton, setter Lexie Huck and middle hitter Abby Robinson.

That was the final piece the Bulldogs needed. Dalton knows his team can score with almost anyone, but a stifling defense was the icing on the cake of a strong end-of-the-season push. Only the push didn't stop at the end of the year.

The Bulldogs (32-5) turned in another strong defensive game on Thursday in a 25-16, 25-20 win over Springfield Sacred Heart-Griffin in their own Class 2A regional final for the second consecutive regional championship after a four-year drought. St. Teresa plays Quincy Notre Dame at 5 p.m. Monday in the Class 2A Pleasant Plains Sectional semifinal.

Nutakor, Craft, and Akpevwe Akpoigbe met the Cyclone hitters at the net on Thursday, getting a hand on what felt like every attack SHG (26-4) threw at them. If the ball got untouched through the front line, Buxton, Robinson and Huck cleaned up the rest.

“Honestly, our main focus is defense, Brad constantly reminds us," Nutakor said. "Other teams may be good at offense or defense, but we primarily are good at both. We don’t have a star player on the offensive side. We’re all equally as good defensively and offensively."

Said Dalton: “We just blocked well. We got a lot of touches. They very seldom got the ball through the block without getting a touch."

Nutakor did a little bit of everything on Thursday with 11 kills, three blocks and a dig. Craft had had seven kills and nine digs, Huck was the offensive catalyst with 17 assists and 10 digs and Robinson had four kills, two blocks and 12 digs.

That's precisely what makes the Bulldogs tick: Threats all over the court from left to right and front to back.

“We definitely all have our key moments when we’re showing up and showing out, but having so many good players on the court at one time helps as well," Robinson said.

When SHG, which was without its top player Chloe Hillyer, who sprained her ankle a week ago, strung together a run, Nutakor came up with a timely kill or block to stop the momentum in its tracks. The Bulldogs went on a 6-0 run midway through the first set to gain enough separation to stay out of arms reach of the Cyclones. In the second set, the Bulldogs slowly pulled away behind big kills from Nutakor, a sophomore, and Craft.

The defense did the rest.

“They couldn't score," Dalton said. "That’s the big key for us: If we can keep teams from scoring because we’re going to score."

It's nearly the same script the Bulldogs followed last year en route to a third-place finish in the Class 1A state tournament at Redbird Arena in Normal, only St. Teresa didn't sweep its way through Quincy last year like it did this year.

“We went to the QND Tournament last year and it was like something clicked inside of us and it set us off for the rest of the season," Robinson said. "I think that that happened this year."

Tiny DeLand-Weldon a force on the volleyball court

DELAND — There are just 21 schools in the state — and just four public schools — with fewer students than the 57 at DeLand-Weldon High School.

DECATUR — It would have been easy to panic.

CHAMPAIGN — No more waiting, no more wondering and no more talking about what could be for the Illinois men's basketball team.

Playoffs at a glance: A breakdown of all the area first-round matchups

CHAMPAIGN — Kofi Cockburn stood just underneath the scoreboard at the Ubben Basketball Complex in the middle of a swarm of reporters. His head…

St. Teresa volleyball playing for spot at state on Friday

St. Teresa's Abby Robinson (15) dives for a ball against Sacred Heart-Griffin during a Class 2A regional finals at St. Teresa. More photos at www.herald-review.com

The St. Teresa volleyball team, celebrating after beating Springfield Sacred Heart-Griffin on Tuesday in the Class 2A Decatur (St. Teresa) Regional final, won the state title this year and has made state four times since 2010. Non-boundaried schools have won 46.3 percent of state volleyball championships in the last 10 years.