PANA — As the Pana volleyball team was hitting the court for its first tournament of the season two weekends ago at the Mattoon Invite, the team was still trying to shake the dust off from last year's COVID delays.

The tournament was the first for the team since 2019. Their fall 2020 season was pushed to early 2021 and that season was limited to one single match per day. Getting back to having matches one after another took some getting used to — the Panthers finished third in the tournament.

“It was a little bit of a challenge playing all those games back-to-back. We have been so used to having a couple of days off between matches,” Pana outside hitter Jillian Hamilton said. “It was all right, but I think when we get going with all these other tournaments we will get going good.”

Pana head volleyball coach Greg Cothern said he was confident that this group of players could quickly adjust to the challenge. They were, after all, a team that won the final 15 consecutive games of their spring season.

The improvement came quickly. At Saturday’s Shelbyville Invite, Pana went 5-0 (improving to 12-3 on the season) and took first place, defeating Marshall 25-19, 25-11 in the title match.

“I think that first tournament really showed us what we needed to work on. We saw some things that were not surprising to us,” Cothern said. “These girls are really good about taking in things and they can see what it means. We did well but we could do better. (They can see) what we are weak on and lets get better for the next time.”

Pana's four senior captains — Hamilton, middle hitter Lainey Hicks, outside hitter Kiley Ladage and setter Rachel Holthaus — have high expectations for the Panthers as the possibility of a postseason returns this season. Losing the playoffs after the strong success last season was a challenge for them.

"I know a lot of the players in my class, we have been looking forward to going far and we know we definitely have a chance. It was disappointing to not get that postseason," Hicks said. "I think we definitely have potential. There might be times when we get down but we are definitely working on it. We are building everything up."

While Hamilton is the Panthers main offensive weapon, leading the team with 136 kills and 21 aces last season, Hicks excels in her defensive role in the middle.

"I love getting the blocks and a lot of the hits are quick hits. Most people don’t really like playing in the middle but I love it," Hicks said. "I'm a pretty happy person and (as a captain) I try to be a good influence. I'm always cheering on everyone and trying not to get down. I’m excited for the rest of this season."

Cothern has depended on Hamilton's offensive production for several seasons. She was the Herald & Review's Area Volleyball Player of the Year with 342 kills as a sophomore, but he now sees her developing a more complete game.

"(Jillian) has been doing what we need her to do — putting the ball away and ending plays. Aside from that, she has been a good leader on the court," Cothern said. "This being her senior year, she has stepped up and is taking on the role of a leader. She has always had that physical dynamic to her game and now she is adding that leadership dynamic."

Pana's schedule is filled with challenging matches and its three losses have come to bigger schools Taylorville, Mattoon and Rochester.

"We all like that challenge. I like the challenge because when we play tougher teams we all get more excited and pumped to play them. It is more interesting of a game," Hamilton said. "I’ve been playing with this group since seventh grade and it has always been fun to play with them. I just really want to go far with this team. With this being my senior year, I want to make this season fun and memorable."

The team is looking forward to becoming part of Pana volleyball history, which has seen the program win five consecutive regional championships. Cothern is just the third volleyball coach in program history, taking over from his mother, Mary Cothern, in the 2012-13 season. Mary Cothern has been involved with the Pana program in one facet or another since 1980 and coaches the freshman/sophomore team currently.

"It is a privilege to be a part of this program and it was something I dreamed of being a part of. It has been nice to keep her involved and with my mom and I, we have such similar coaching philosophies and strategies," Greg Cothern said. "I might say to her to make sure to work on serve and receive and she says 'I know.' She will say to be sure that we are working on defense and I will say “I know.” We think alike and I like it.

Dyer-Townsend coached at Warrensburg-Latham for seven seasons before taking over for former Braves coach Jay McAtee.

Watch now: Maroa-Forsyth volleyball has big numbers and a talented lineup this season

The Trojans begin their season against St. Joseph-Ogden on Monday at home.

Check out the Herald & Review All-Macon County Volleyball Team for 2020-21.

Watch now: Shelbyville's Jamie Watson is the Area Volleyball Coach of the Year

Watson guided the Rams to a 14-2 record during an uncertain season.

Watch now: Charleston's Katarina Blase is the Area Volleyball Player of the Year

Blase ranked No. 1 in Illinois with 282 kills last season.

"She was loved by so many here and will be greatly missed," the Taylorville Student Council posted on Facebook.

The Cardinals are led by first-year head coach Gillian Welker.

Proceeds from Monday's game against Warrensburg-Latham will go towards Haley Embrey, who was diagnosed with an inoperable tumor on her brain stem.

The Rams are 17-11 overall and 6-0 in Central Illinois Conference play.

The Wildcats last made it to the volleyball state tournament in 1995.

Check out this collection of the best volleyball players in the H&R coverage area. 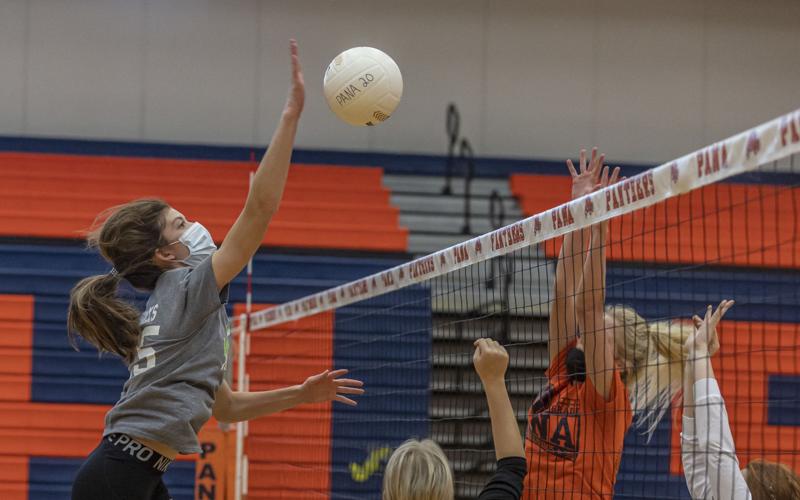 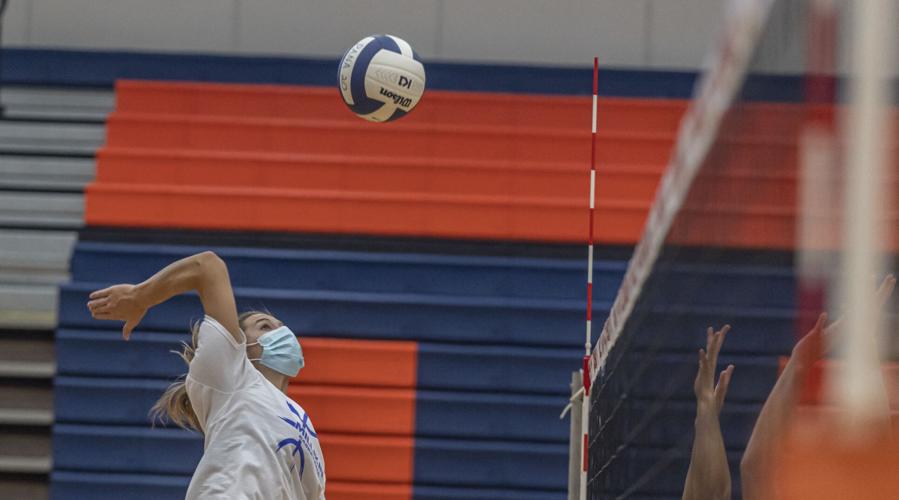 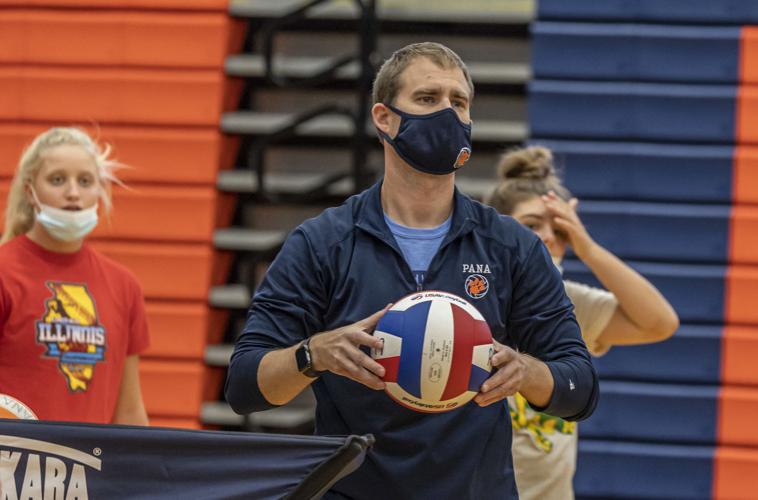 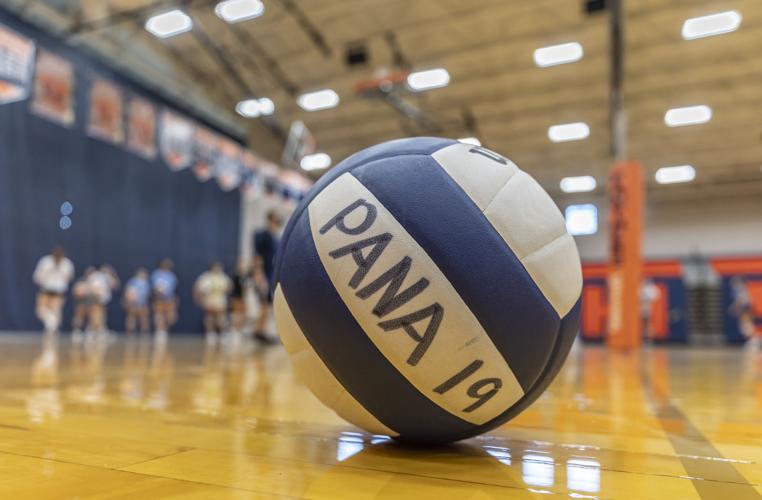 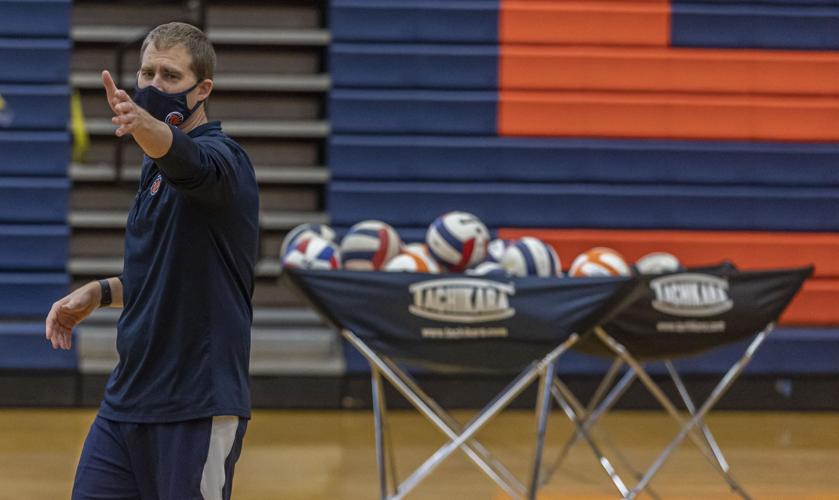