Key inflation gauge slowed to still-high 6.3% over past year

While Lee advanced to the Class 2A state meet last season, Tucker is looking to make that step this season and is moving up the rankings of wrestlers in Illinois at 145 pounds.

"Billy is a team leader and he's my captain," MacArthur coach Alvin Jackson said. "He's only been wrestling for five years and Billy has grown a lot in the four years here and especially in his maturity and commitment to wrestling. He's gotten better each year in understanding what it takes to be a champion. I'm very proud of his progress."

Tucker defeated Ridgeview's Colton Tay, ranked eighth in Class 1A at 145-pounds according to IllinoisMatMen.com, with a 9-6 decision to win his championship match.

"It was a good match for him, and Billy controlled the match for the most part," Jackson said. "He needs to have some tough matches to get him ready for the playoffs and qualify for state. "

Lee, who wrestled at 106-pounds last season moved to 120-pounds to begin the season, has had some challenging matches. He competed at 113-pounds at Clinton.

"Cam has had a slow start this season but he is coming around. He had some early losses and I think making the adjustment to 120-pounds caused that," Jackson said. "His takedowns were much more aggressive and I think he has some room to get better this season."

"Since his first day, Shaundell and I have hit it off and you could tell he is going to be special and really coachable and he has been just that," Jackson said. "He does exactly everything the coaches tell him to do, on the mat, at home and in the classroom. I'm excited for what the future would be because he is a really tall 106-pounder.

"Ricardo has also been a surprise as a freshman. He transferred from Clinton and has some great potential."

Dorsey, a senior, picked up the third MacArthur second-place finish after spending some time away from wrestling.

"Rickey wrestled as a freshman but took two years away from wrestling. I never gave up on him and he game back and continued on from where he was as a freshman. He is doing well and we are glad to have him back and he has helped us out this season."

MacArthur's postseason will begin at the Class 2A Mattoon Regional on Saturday, Feb. 8.

MacArthur won the tournament with a team score of 118.5, followed by El Paso-Gridley at 105 and Ridgeview at 101. Clinton finished fourth with 100 points and Taylorville was fifth at 97.

Matthew Flaten's most memorable stories from 2019

Here are some of my favorite stories in 2019,  including some columns about trading card collecting, a look at the history of MacArthur and Mount Zion football games, a feature on Millikin receiver Jordan Smith and St. Teresa volleyball's state championship.

No matter what you call him, opposing teams will have former Shelbyville wide receiver Smith zeroed in on as the the Big Blue's biggest weapon. 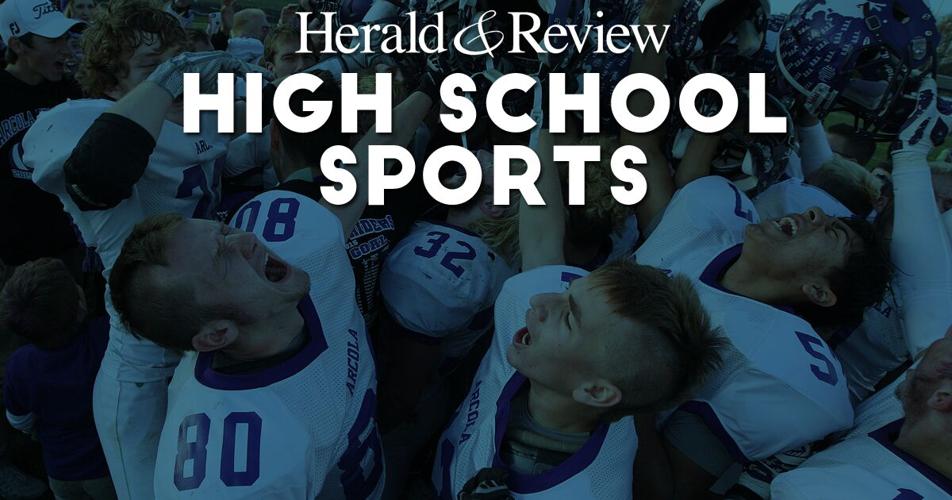