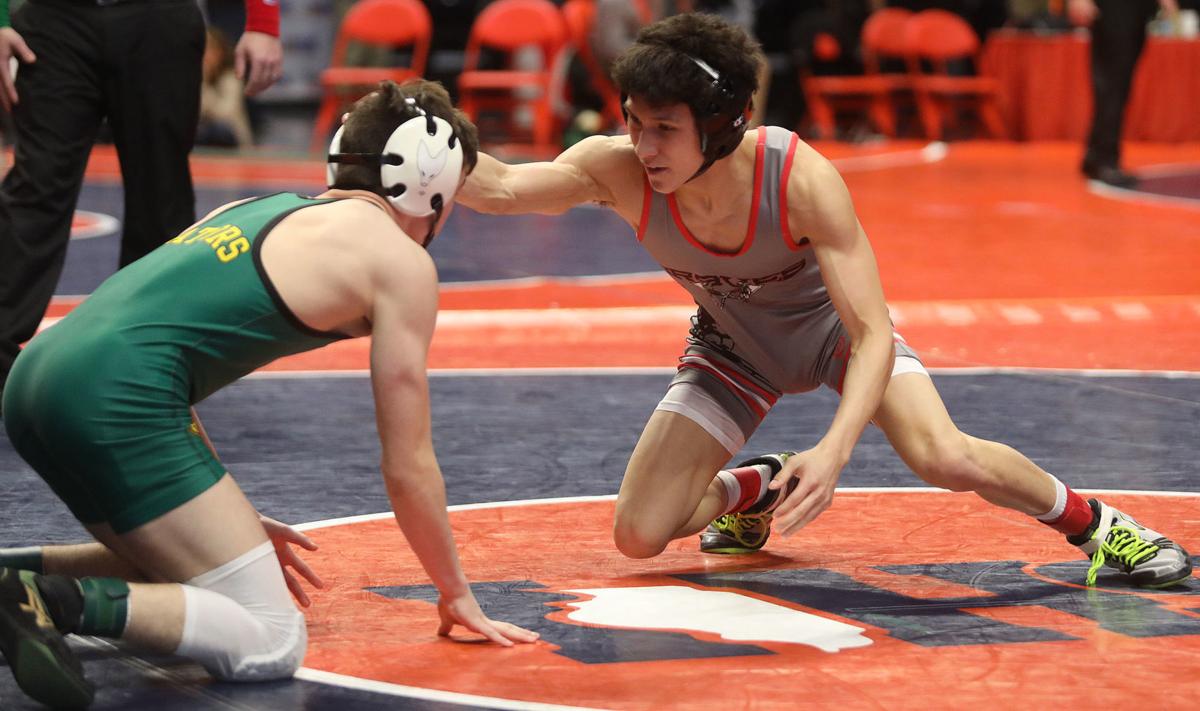 Mount Zion’s Kooper Loehr avoids a takedown from Crystal Lake South’s Christian Olsen in the Class 2A 113-pound state semifinal at The State Farm Center. On Wednesday, Loehr signed his national letter of intent to wrestle at Purdue. 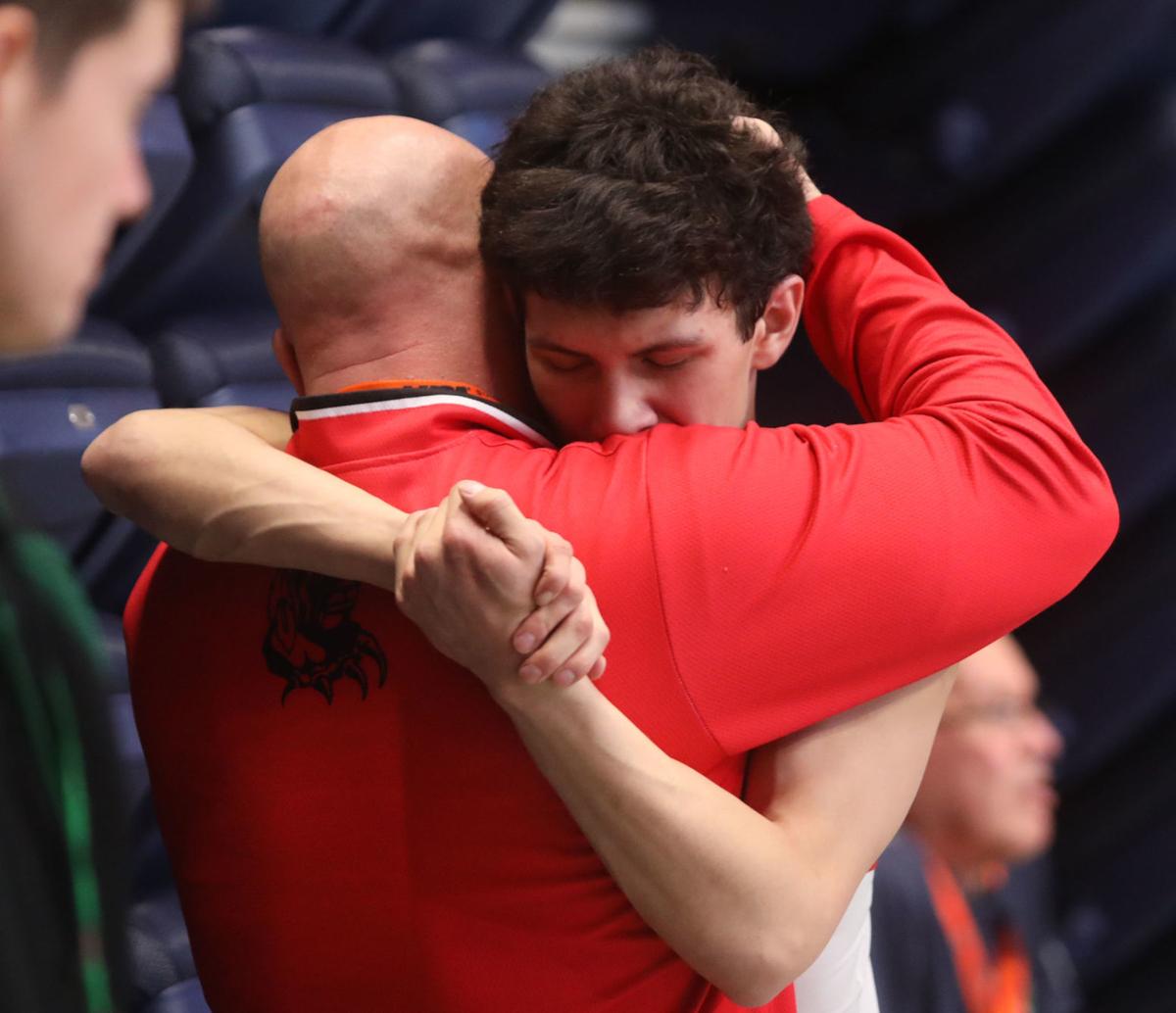 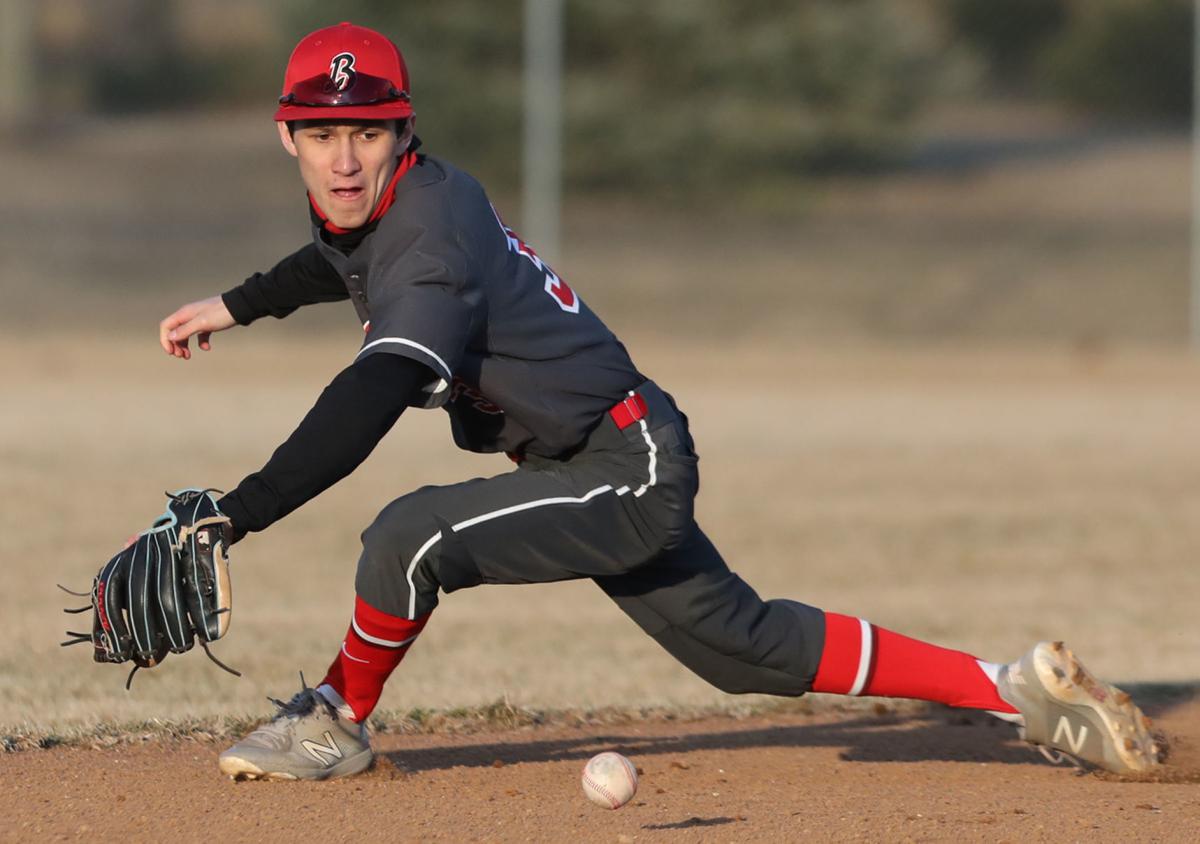 Mount Zion shortstop Kooper Loehr chases down a grounder against Maroa-Forsyth at Forsyth Park. The Braves' multi-sport athlete signed with Purdue to wrestle on Wednesday.

Loehr, the Herald & Review's Area Wrestler of the Year in the 2017-18 school year, signed his national letter of intent to wrestle at Purdue University next season.

"Ever since the sixth grade I've wanted to wrestle in the Big 10. There is just such good competition every week and I feel like the coaching staff (at Purdue) is going to give me the best chance to grow as a wrestler and as a person," Loehr said.

Loehr, who also plays shortstop on the Braves baseball team, is eager to join the young Boilermakers squad.

"What got me excited was the coaching staff," Loehr said. "(Assistant Coach A.J. Schopp), he's really good and when he was in college his technique kind of resembles what mine could be at the next level. (Wrestling Head Coach Tony Ersland) and (Head Assistant Coach Tyrel Todd) were open arms to me when I reached out to them about possibly being a Boilermaker.

"The program is doing really well right now and I'm excited to be a part of it."

Wrestling in the Big 10 also gives Loehr the opportunity to rekindle some high school rivalries. Justin Cardani, the state champion at 113 pounds in Class 2A in 2017-18 and at 106 pounds in 2016-17, is a freshman at the University of Illinois and Loehr looks forward to facing him in the future.

"Justin and I are really good friends because we used to train in the off-season and during the season and we used to wrestle it out in high school so it would be cool to wrestle each other again in the future," Loehr said.

Loehr earned a reputation as one of the best wrestlers in the region with a 45-2 record and a third-place finish at the Class 2A state tournament at 113-pounds this year. That followed a fourth-place finish at 120 pounds the year before.

His 5-3 victory by decision in this year's third-place match against Abraham Hinrichsen of Washington was a career highlight for Loehr.

"I think the top moment of my high school career was my last match. It was tough coming back (after a loss in the semifinals) and having to wrestle for third but I think it was all those people up in the stands and the coaches that were in my corner made it so important that I finish my Mount Zion career off with a win," Loehr said.

The wrestling prospects in Central Illinois are bright, according to Loehr, and the future of the Mount Zion program is just as strong under the guidance of coach Dave Klemm, who ran the wrestling program at Lincoln College for 20 years and is an Illinois Wrestling Coaches and Officials Association Hall of Fame member.

CHAMPAIGN — Last year's third-place match is not one Mount Zion's Kooper Loehr likes to think about.

AREA WRESTLER OF THE YEAR: Kooper Loehr made a remarkable run to state

5 Questions with ... Kaelyn Albert, winner of the Congressional Art Competition

Mount Zion’s Kooper Loehr avoids a takedown from Crystal Lake South’s Christian Olsen in the Class 2A 113-pound state semifinal at The State Farm Center. On Wednesday, Loehr signed his national letter of intent to wrestle at Purdue.

Mount Zion shortstop Kooper Loehr chases down a grounder against Maroa-Forsyth at Forsyth Park. The Braves' multi-sport athlete signed with Purdue to wrestle on Wednesday.