Monticello man dies in rollover accident on I-72, police report 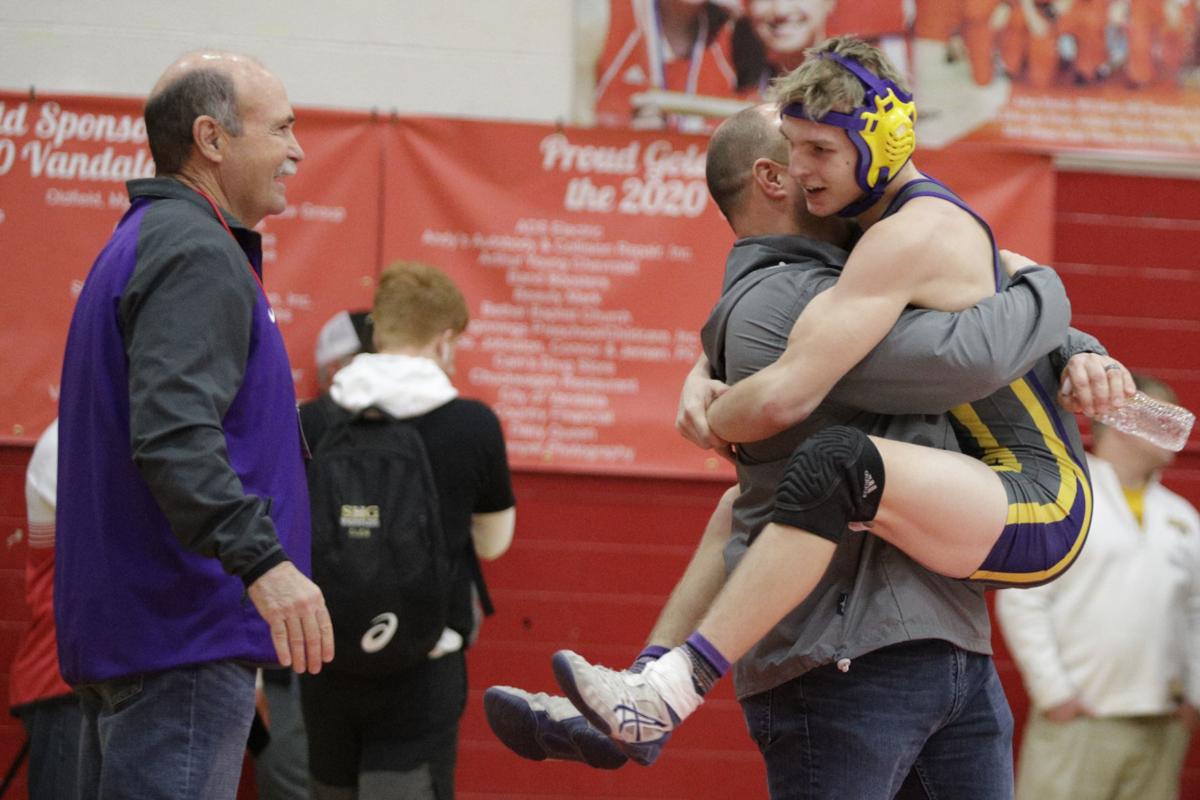 Monticello wrestler Ethan O'Linc wins first place in the 138-pound weight class during the Class 1A sectionals on Saturday at Vandalia High School. 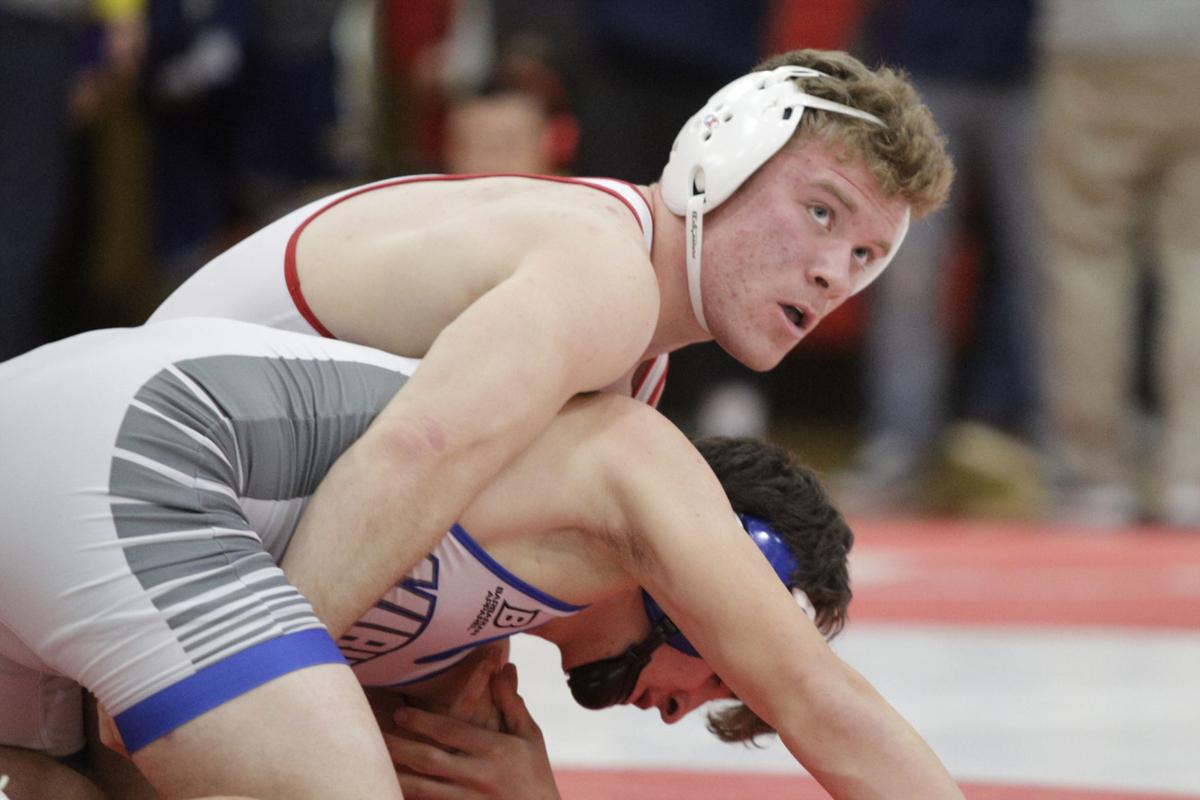 VANDALIA — This year's trip to the Class 1A state wrestling tournament is feeling differently for Monticello senior Ethan O'Linc.

O'Linc pinned Rayce Zike of Toledo Cumberland at 1:27 to win the Class 2A Vandalia Sectional championship at 138 pounds on Saturday, giving him a trip to state for the fourth consecutive year. It was O'Linc's third pin of the sectional tournament and the victory surprised him.

"I'm so excited and happy. I can't feel any better. I can't describe it," he said. "I surprised myself. I was going into the match to have fun and see if I could beat him. It is a match I wanted to wrestle since regionals because at the Cumberland Tournament he beat me so I wanted to get that revenge."

"I'm so happy to have made it all four years and that I get to have one of my teammates come along with me this year," O'Linc said. "Every year I've been to state, I've always been with someone who was much bigger than me so it is hard to practice. So having someone around my weight going to state gives me a practice partner."

On the mat, O'Linc is most dangerous when his in the top position. He has just one thing on his mind — a pin — with a killer instinct he has been developing for four years.

"If I don't pin, just keep trying," he said. "I feel like that in freshman year I couldn't do much of anything and there were just a few moves I could do. This year, I'm feeling like this could be my year to place because I've learned so many more moves because of my coaches."

O'Linc's steady performance has helped the Sages tremendously and his legacy as one of Monticello's all-time greats is secure. O'Linc has 145 career wins and more than 110 pins in his career.

"Since his freshman year he's trying to hone in and refine his skills and take advantage of every opportunity he has," Monticello coach Andy Moore said. "It's huge to qualify to state four times. We have only had a handful of four-time qualifiers in Monticello history so he is one of those elite individuals that has gone through our room and represented Monticello well."

O'Linc has also passed his love of wrestling to his younger brother, Caleb O'Linc, who finished third at regionals and competed at Vandalia on Saturday.

"It's nice seeing his love of the sport starting to blossom and that he is enjoying spending time with this team," Ethan said. "Getting to help him along and getting him as far as possible is really cool."

Mount Zion wrestler Lukas Eagle's years of hard work delivered dividends during his 152-pound sectional championship match against Auburn's Mikel Ent. Eagle won with a 5-3 decision after losing in overtime of the blood round at sectionals last year.

"It is awesome seeing all the hard work that I put in pay off. All the hours after practice, grinding and being competitive in practice, it's great," Eagle said.

Eagle, the No. 5 wrestler in Class 1A at 152 pounds according to illinoismatmen.com, still saw some room for improvement before the state tournament begins next Thursday.

Eagle will be joined at state by teammate Tristin Garrett, who finished second at 126 pounds.

Shelbyville freshman Calvin Miller fought through the wrestlebacks to finish in third place at 106 pounds on Saturday.

For Rams coach Greg Harkins, it was a performance that was beyond his years.

"Being a freshman, (Calvin) has embraced everything he has been offered this season. We have said to him that the regular season is all practice for the postseason and we have been preparing him for this moment," Harkins said. "Sometimes freshmen don't really want that tough competition but he has been doing it all season."

Miller pinned Memphis Lapatas from Goreville at 2:47 to earn a spot at state.

"It was intense because he kept getting up really fast, but once I got those (arm) bars and cranked it and pulled it tighter, the ref called the pin," Miller said. "I've wrested a lot of juniors and seniors this year, so I don't really care about the ages. I hope to make it through a couple rounds of state and I can't sit around and be timid anymore."

Warrensburg-Latham's Adam Maxwell pinned Tucker Bryant of Harrisburg at 3:14 to win the sectional championship at 220 pounds. This will be Maxwell's third trip to the state tournament.

Argenta-Oreana's Makail Stanley advanced to state with a third-place finish at 160 pounds. Stanley lost a 1-0 decision to Pate Eastin of Tolono Unity in the semifinals, but battled through wrestlebacks to qualify. He pinned Iysten Syfert from Toledo Cumberland at 1:47 to finish third.

The next men up: Mount Zion wrestling looks to make big splash in 1A

The Braves are competing in the Class 1A Jacksonville Regional on Friday and Saturday.

Monticello wrestler Ethan O'Linc wins first place in the 138-pound weight class during the Class 1A sectionals on Saturday at Vandalia High School.