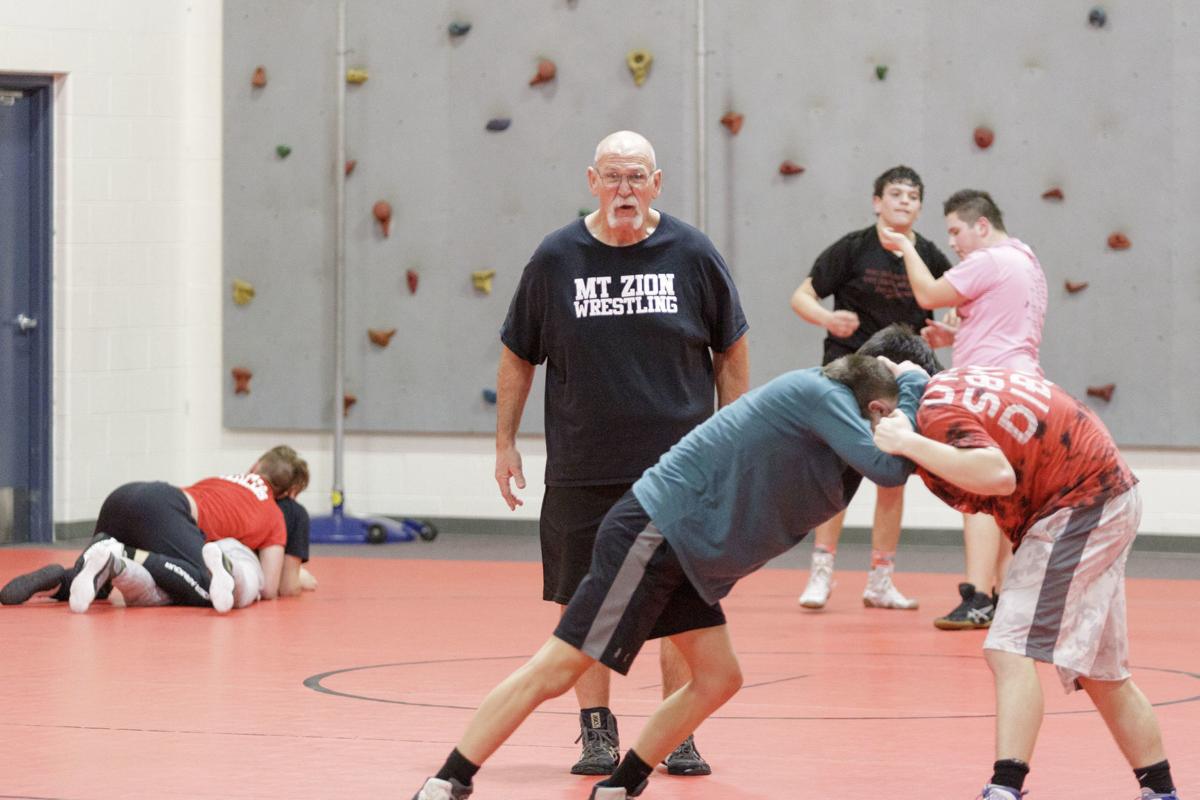 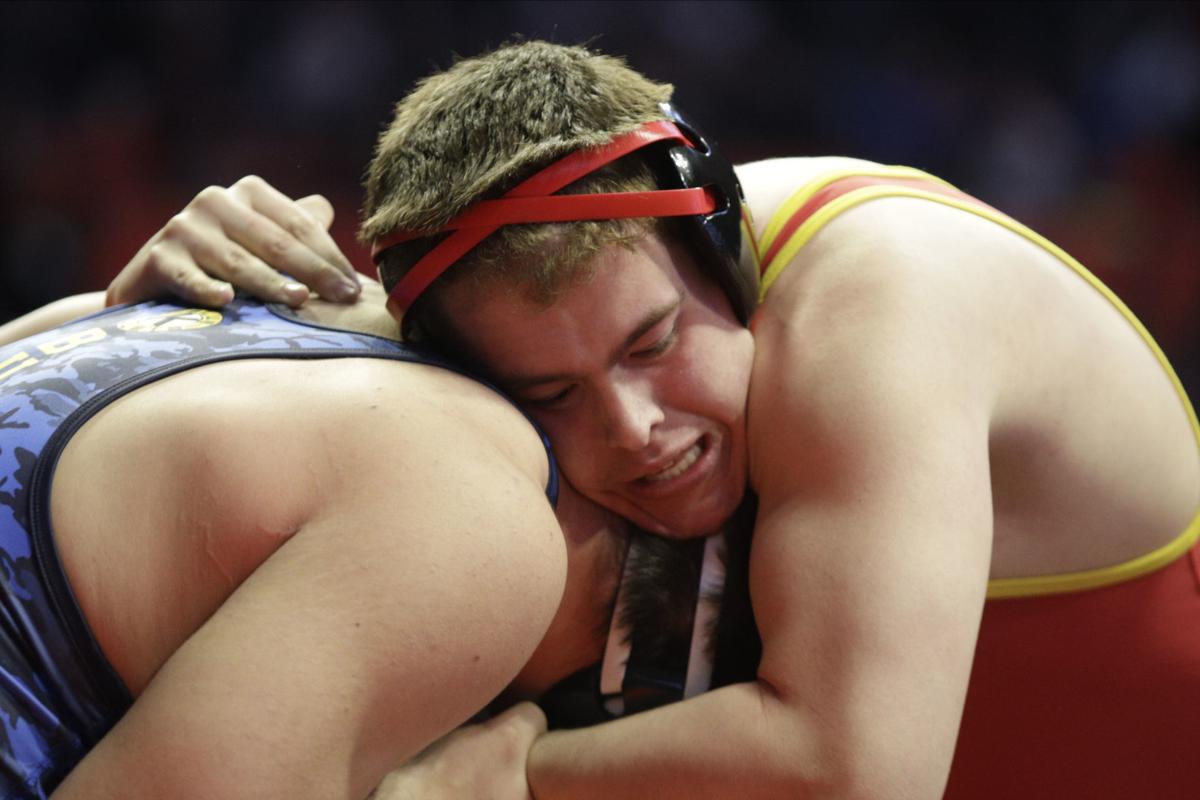 CHAMPAIGN — Before the whistle blows for the start of the state wrestling tournament championship matches on Saturday, the March of Finalists ushers in those wrestlers and their coaches with much fanfare as each match participants are honored in front of the State Farm Center crowd.

Leading that march this year is Mount Zion coach Dave Klemm, who was selected as one of four marshals for the parade in honor of his contributions to the sport of wrestling.

"It is a humbling experience, that's for sure," Klemm said. "I've put in a lot of time into this sport and a lot of years and it is nice to be honored. But I would trade it in a second to get kids into the state tournament because that is what it is all about."

Klemm, a Lincoln High School graduate, wrestled for Eastern Illinois University, where he was a four-year All-American and NCAA Division II national championship. He began his long coaching career as an assistant at EIU and then the University of Oklahoma before becoming head coach at MacMurray College in 1989. Two years later, he became head coach at Lincoln College where he guided the program into a long period of success that included 58 All-American wrestlers and nine individual national champions before he retired in 2011.

Klemm took over the Mount Zion program in 2018.

"I finished coaching in about 2010 and took some time off and recharged my batteries a little bit and now I'm doing what I trained for and I'm really enjoying it," Klemm said.

Klemm had two Braves advance to the state tournament this season — Tristin Garrett (126) pounds and Lukas Eagle (152) — and both wrestlers have the utmost respect for their coach.

"He knows a lot and it’s really nice to have him in the room to have his view and opinion on things," Garrett said. "I think he helps not only our team but the program as a whole in Mount Zion."

Eagle, who will medal at state, knows Klemm will be in his corner.

"No one really questions him because he knows it all," Eagle said. "We trust him with everything he is doing because he has a lot of experience."

"Wrestling has been so good to me and I wanted to give back," Klemm said. "The opportunity came around and Mount Zion has such an incredible history and the heritage of wrestling goes so far back. It is an honor to be a part of it. I'm really proud of all these kids and they work really hard. Wrestling from the start to finish of the season is a big grind and it's nonstop working and training and I'm proud of all of them."

Argenta-Oreana's Makail Stanley picked up a pin in 5 minutes, 25 seconds against Cade Emerson of Dwight on Friday to advance to Saturday's wrestleback Class 1A 160-pound quarterfinals .

Following Thursday's loss to Bryce Faworski of Winnebago, Stanley rewatched the tape of his performance.

"I learned from my mistakes and I studied the film from my loss (Thursday) and I think I improved on what I can and can't do on the mat," Stanley said. "I feel great and I'm ready to go win some medals."

Stanley will wrestle Clayton Boehler of Camp Point Central in the wrestlebacks quarterfinals Saturday at 9 a.m.

Warrensburg's Maxwell moves on to Saturday

It was slow going for Warrensburg-Latham's Adam Maxwell and his opponent, Jefferson Thomas from Litchfield, at the start of their second round Class 1A 220-pound wrestleback match.

"We were kind of standing around and beating each other on the head," Maxwell said. "We were feeling each other out. I know my stamina is a lot better, but he is still a really good competitor."

Maxwell eventually took a 2-0 lead in the second period and added to it in the third period to pick up the 4-0 decision and advance to Saturday's 9 a.m. wrestleback quarterfinals where he will face Jadon Mims from IC Catholic.

"I could have done a lot more," Maxwell said. "I was a little lazy at the end there but I won. I'm hungry for more (Saturday)."

Lee lost to Washington's Abe Hinrichsen by a technical fall at 3:44 in the first round of the Class 2A 120-pound weight class.

Tucker lost an 11-9 decision in overtime to Ben Shvartsman from Deerfield in the second round of the Class 2A 145-pound wrestlebacks. Tucker finished his senior year with a 27-7 record and was regional and sectional champion.

BLOOMINGTON -- Mattoon's wrestling team set new heights for the program this season and for Green Wave coach Brett Porter, the squad was somet…