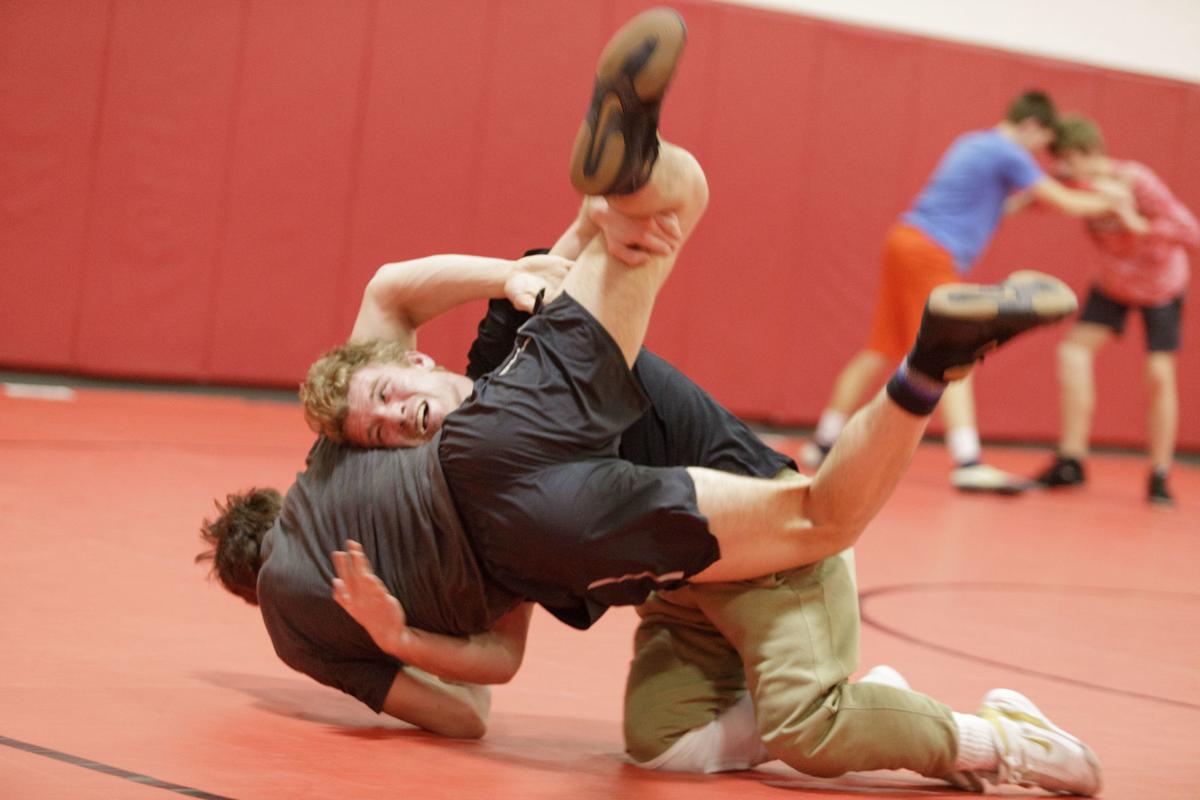 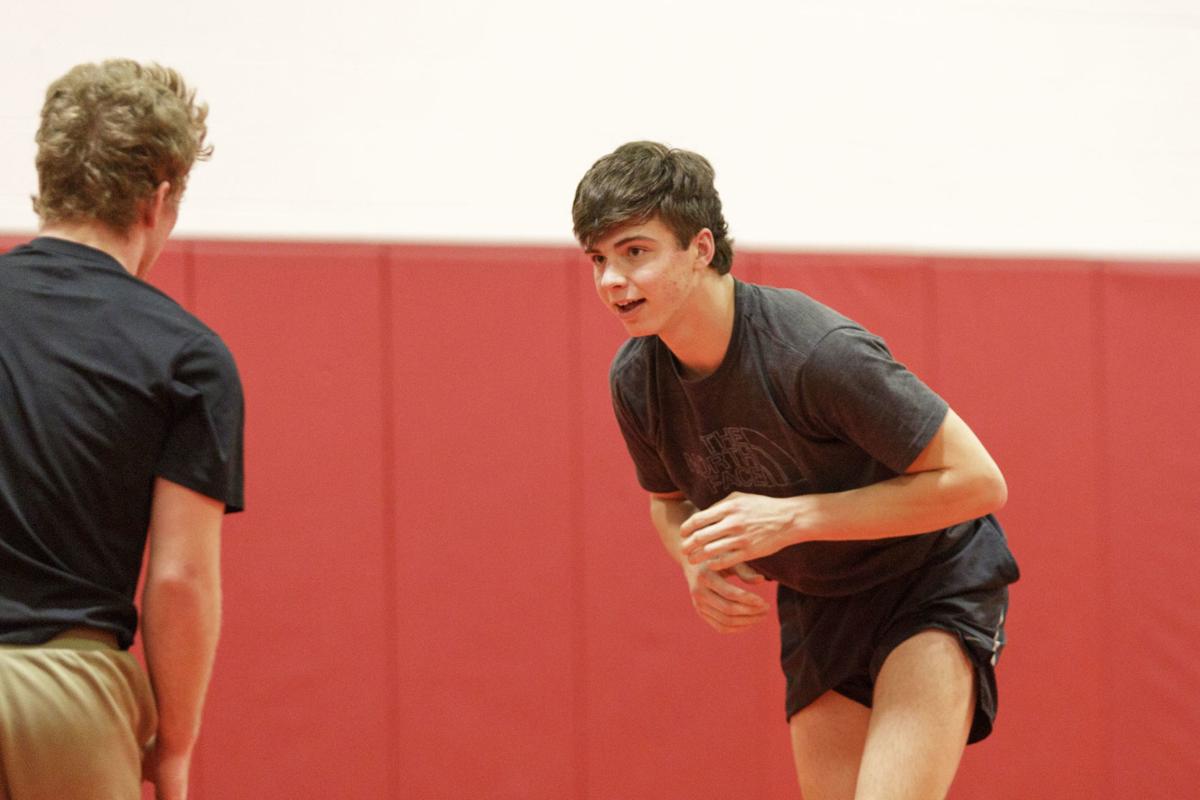 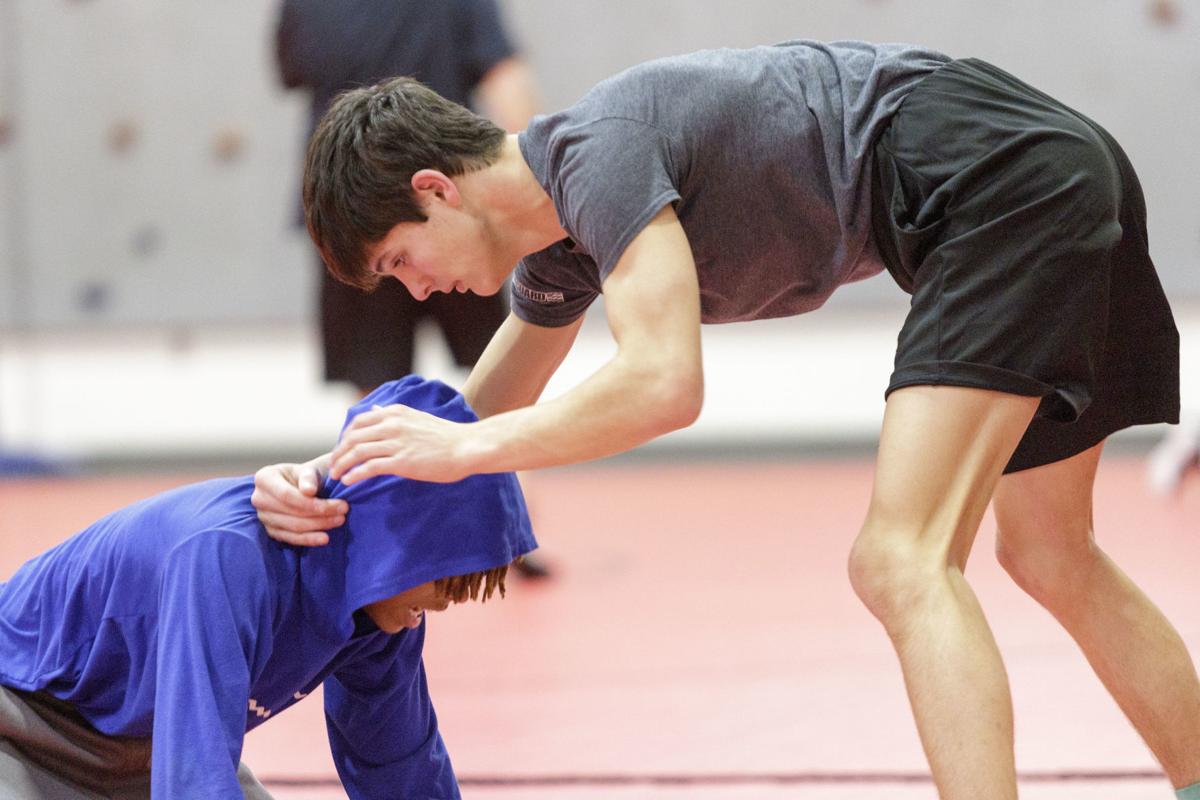 The Braves graduated state qualifiers in Ryder Marshall and Kooper Loehr, leaving openings in the leadership of the team. Loehr, the H&R Area Wrestler of the Year for 2017-18, finished third at 113-pounds in last year's Class 2A state tournament and is now wrestling for Purdue.

IHSA classification changes moved Mount Zion from Class 2A to 1A this season — the Braves are competing in the Class 1A Jacksonville Regional on Friday and Saturday. Klemm said he felt his roster was ready to compete in the new surroundings, but then the injury bug hit — four starters went out to season-ending injuries.

"We lost one to knee surgery, one to a car accident that broke some bones, one to a broken hand and one to a broken ankle," Klemm said. "None of them were in (wrestling) competition, either, which was kind of weird. It was just one of those things. It is 'the next man up' around here and the team has responded."

The Braves finished the season with a 15-11 dual match record and three seniors — Lukas Eagle, Caden Owens and Tristin Garrett — have recorded 30-plus win seasons and are poised to excel in the postseason.

"Those are my three main guns and going into any match we feel pretty good about those guys," Klemm said.

Eagle is the No. 5-ranked wrestler at 152 pounds, according to illinoismatmen.com, and he has continued the success he found on the football field last season, where he recorded 43 tackles, 1 sack and a blocked field goal at cornerback, to the mat.

Eagle (32-1) advanced to the blood round of sectionals last season but the pressure of making state this season and a state ranking haven't affected him too much.

"It puts a little pressure on me but at the end of the day it really doesn't mean anything. It is good to know I'm towards the top tier level of competition but you have to go into every match thinking you are 0-0," he said.

Owens wrestled at 152 pounds this year and this season he is noticeably bigger and stronger.

"In the summer time I hit the the gym a little bit but I also grew about two inches. I had a little growth spurt," Owens said. "I definitely feel a lot stronger than last year and I don't have to cut weight. I'm kind of right in the middle so I'm able to eat healthy and stay hydrated. It is a lot easier to go out there and wrestle and not worry about it."

Owens' father, Steve Owens, was the Braves' former head coach and uncle Brad Owens, was a two-time state champions for the Braves.

"(Caden) comes from a big wrestling family and he has stepped up a lot from last year. He moves really well on the mat and he has bought into what it takes and the hard work," Klemm said.

At 126 pounds, Garrett is making the most of his final year of high school competition.

"(Tristin) was really close in qualifying last year and he has continued to work hard and get better. That transition from junior to senior, it makes a big difference," Klemm said.

"Tristin lightweight senior and he goes out there and I expect a lot of things out of him when he goes out and wrestles. I expect six points from him everytime he wrestles," Owens said.

Those points will be critical as the Braves look for their first regional title since the 2010-11 season.

Said Garrett: "I wanted to give it my all since it was my last year in high school and I'm really confident with myself but I am really looking forward to the team competing at regionals this year since we are down in Class 1A this year. I think we can do something."

One goal in mind: Millikin's Bradan Birt is focused on a wrestling national title

Here are the Herald and Review boys basketball stat leaders as of Feb. 7, 2020

Check out the area leaders in scoring, rebounding and 3-point shooting.