CHAMPAIGN — Illinois freshman Anthony Higgs announced on Tuesday that he would enter the transfer portal.

Higgs missed his entire freshman season after undergoing foot surgery and redshirted. An Illinois men's basketball spokesperson confirmed Higgs has entered his name in the portal. Higgs also sent out a tweet confirming the news.

"In regard to the news I will be transferring from Illinois I would like to say that I had a great experience despite the circumstances I was under," Higgs wrote in the tweet. "I learned a tremendous amount about the game of basketball but more importantly I became a better person. This move was just what was best for both the me and the University. I am extremely appreciative of the coaching staff as (well) as the managers and my teammates. U of I will always hold a special place with me."

This move was just what was best for both the me and the University. I am extremely appreciative of the coaching staff as wel as the managers and my teammates. U of I will always hold a special place with me💯🔶🔷❤️ https://t.co/B5xwrlcCkM

He is the lone member of last season's team to have entered his name in the transfer portal so far. In that, another scholarship opened up for the Illini, leaving the program with thee open positions. Illinois has a verbal commitment from three-star big man Bernard Kouma, but he has not signed or visited the campus. Illinois signed four-star big man Kofi Cockburn last month.

Higgs is a 6-foot-8, 235-pound big man who was a three-star recruit from Perry Hall High School in Baltimore, Maryland. He had previously given a verbal commitment to Ole Miss before signing with Illinois. He chose the Illini over Colorado and Virginia Tech.

In meeting with reporters last month to discuss the signing of Cockburn, Illinois head coach Brad Underwood said Higgs still had not been cleared to participate in workouts.

TJ Holyfield in Champaign on official visit for Illinois basketball

CHAMPAIGN — When Brad Underwood saw Kofi Cockburn in person for the first time, he turned to assistant coach Orlando Antigua and marveled at w…

CHICAGO — Trent Frazier walked around the locker room after Thursday's season-ending loss to Iowa in the second round of the Big Ten Tournament.

CHAMPAIGN — The Illinois men's basketball team officially added its second recruit for the Class of 2019 on Thursday.

CHAMPAIGN — The Illinois men's basketball roster added another piece to the 2019 recruiting class.

CHAMPAIGN — Jalen Bridges walked across the baseline at the State Farm Center in Champaign, backpack firmly secured over his shoulders, into a… 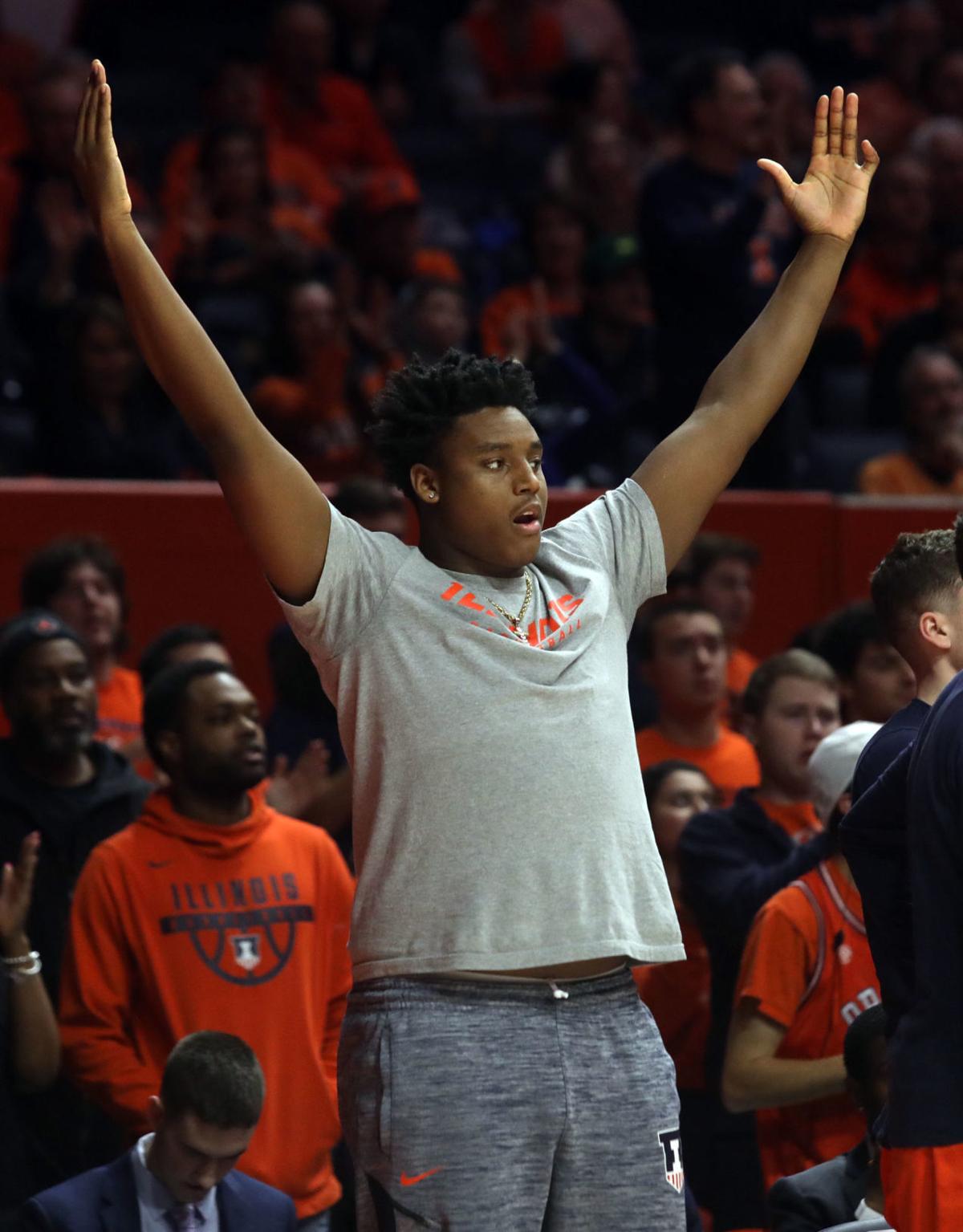 Illinois freshman forward Anthony Higgs announced on Tuesday that he is transferring from the program.