CHAMPAIGN — With his helmet in his hand following the final Illinois football spring practice on Wednesday morning, it was as if Milo Eifler went back in time.

He started moving his hands as if he were moving in place while bringing his knees near his chest in a running motion, recreating the play that mentally solidified himself as a football player in his junior year at Bishop O'Dowd High School in Oakland, Calif.

The play was vivid in his mind, like it was flashing in front of him in slow motion. Eifler, a junior linebacker, read Berkeley High's No. 1 receiver. It was a dig route and Eifler knew his target would break inward to catch a pass in the red zone. He made a play on the ball, intercepted the pass, stumbled a bit and, as he recalled it, didn't get any blockers in front of him. So he "turned on the jets" and took the interception 95 yards to the end zone with still some energy left in the tank.

In his mind, he could do this football thing. It was just his seventh career football game after former Illinois defensive coordinator Hardy Nickerson, then the O'Dowd head coach, convinced Eifler to play football, meaning his old sport of basketball would take a backseat.

That was before Eifler got home later in the season to find "like 400" letters from colleges in the mail; before he became the No. 21 prospect in California in the 2015 class, and the No. 11 outside linebacker prospect in the nation, according to 247Sports; and before he committed to play at the University of Washington, then transferred last season to Illinois, costing him a year of eligibility.

He's paid his NCAA-mandated dues and is ready to make a splash and prove himself as a strongside linebacker for the Illini. In his year away from game action — he's only played three seasons of football in his entire life after taking a redshirt at Washington — Eifler learned mental toughness. He was on the scout team last year and knew darn well he couldn't play in a game for Illinois.

“It was definitely a long season, having to sit out and watch the team do their thing — kind of like being a passenger," Eifler said.

In Eifler, who is 6-foot-2, 220 pounds, the Illini have an athletic linebacker who was once a four-star recruit out of high school. In today's spread offenses, the importance of a linebacker who can play in space and cover tight ends is paramount. It's the reason the team also moved Delano Ware from defensive back to linebacker this offseason.

"I bring size, speed, athleticism and kind of like that motor, that new-age linebacker that people are talking about," Eifler said. "I can play in the box, I can play outside — wherever coach wants me to play at, I'll play that position. I'll do whatever I can to win."

Illinois head coach Lovie Smith said the athleticism that Eifler brings is a "must" this day in age. He fits the profile that the coaching staff is looking for in their linebackers: Someone who can be an impact player in run defense but also quick and athletic enough to guard a receiver, tight end or running back down the field.

"He’s had a good spring," Smith said. "He’s athletic, got good size, agility. It’s been awhile since he’s played but we think he’ll be a physical player; he can play out in space. He’s got enough bulk and he’s tough enough to play inside. We think he’s going to get into the mix and he’s going to be one of the guys this year we have high hopes for."

Ware and Eifler came up together in California. They played at separate schools, but knew each other. Ware saw Eifler turn from a basketball player into a linebacker with offers from major programs across the country including Oregon, Michigan, Texas A&M, California, Louisville and more.

When other linebackers talk about Eifler, they echo each other.

“I love the energy he brings. He brings a lot of energy and speed and athleticism to the linebacker group," Ware said.

“He bring a series of things: His versatility, he can cover, his structure, he’s built for the box and built outside the box. Everything sideline to sideline, he’s good overall," linebacker Dele Harding said.

After practice on Wednesday, Eifler did his post-practice stretch and went to the JUGS machine for extra work catching the football. More times than not, he said, linebackers don't get passes thrown their way in practice.

He has to stay sharp. It's hard telling when a pass will come his way that ends in a 95-yard sprint to the finish.

CHAMPAIGN — Patience has been key for Jakari Norwood since arriving in Champaign last year.

Kendall Smith back and better as receiver for Illinois

CHAMPAIGN — If they can help it, Kendall Smith and Ricky Smalling try to avoid talking football when they get home.

Illini quarterback signee Isaiah Williams has always been proving himself

CHAMPAIGN — For most of his football-playing life, Isaiah Williams has heard every doubt and criticism about him.

CHAMPAIGN — The good news keeps rolling in for the University of Illinois football team.

CHAMPAIGN — When Luke Butkus left the University of Illinois to become an assistant offensive line coach for the Green Bay Packers, Illini hea…

CHAMPAIGN — Rod Smith used to joke with Verdis Brown and ask the four-star redshirt freshman when he was switching from defense to offense.

'Cerebral' Tony Adams settling in at safety for Illinois football

CHAMPAIGN — Keynodo Hudson walked from one side of a large, padded, rectangular mat to the other.

CHAMPAIGN — Richie Petitbon III knew he had to make a decision sooner rather than later.

Illinois' Reggie Corbin focused on earning everything in final year

CHAMPAIGN — Reggie Corbin's mind raced back and forth.

CHAMPAIGN — Luke Ford hears the question from nearly every nook and cranny on the campus of the University of Illinois.

Riding Shotgun with Tupper: Back on the farm talking Illini

CHAMPAIGN — The NCAA denied a waiver for Illinois tight end Luke Ford to become immediately eligible, Ford said in a tweet on Wednesday.

CHAMPAIGN — It appears the quarterback situation for the Illinois football team is still very much in flux.

DECATUR — A smile quickly took over Ramona Borders' face. The 92-year-old lifelong Illinois fan tilted her head back, brought her right arm to…

CHAMPAIGN — From the middle of the infield at O'Brien Stadium in Charleston, Griffin Moore looked towards the blue track watching Plainfield N…

CHAMPAIGN — The Illinois football team got reinforcements at the receiver position on Monday.

CHAMPAIGN — Josh Whitman knows that difficult phone calls come with the job as the athletic director at any university.

Whitman: Illinois football has "every right to expect success"

CHAMPAIGN — For three years, Josh Whitman has watched the Illinois football team creep closer and closer to the starting line.

WAGNER: Establishing a quarterback key to getting Illini football out of the blocks 🏈

Last month, Illinois Athletic Director Josh Whitman sat at a long, oval table surrounded by assorted media and talked about the school year that was.

Re-invented Nate Hobbs learned from his mistakes for Illinois football

Illinois football banking on a better defense this season

CHAMPAIGN — The defensive statistics were gaudy, in every way a team doesn't want them to be.

CHAMPAIGN — The grass fields at the Campus Rec Fields are prepped and the Illinois football team is set to begin training camp at 10 a.m. on Friday. 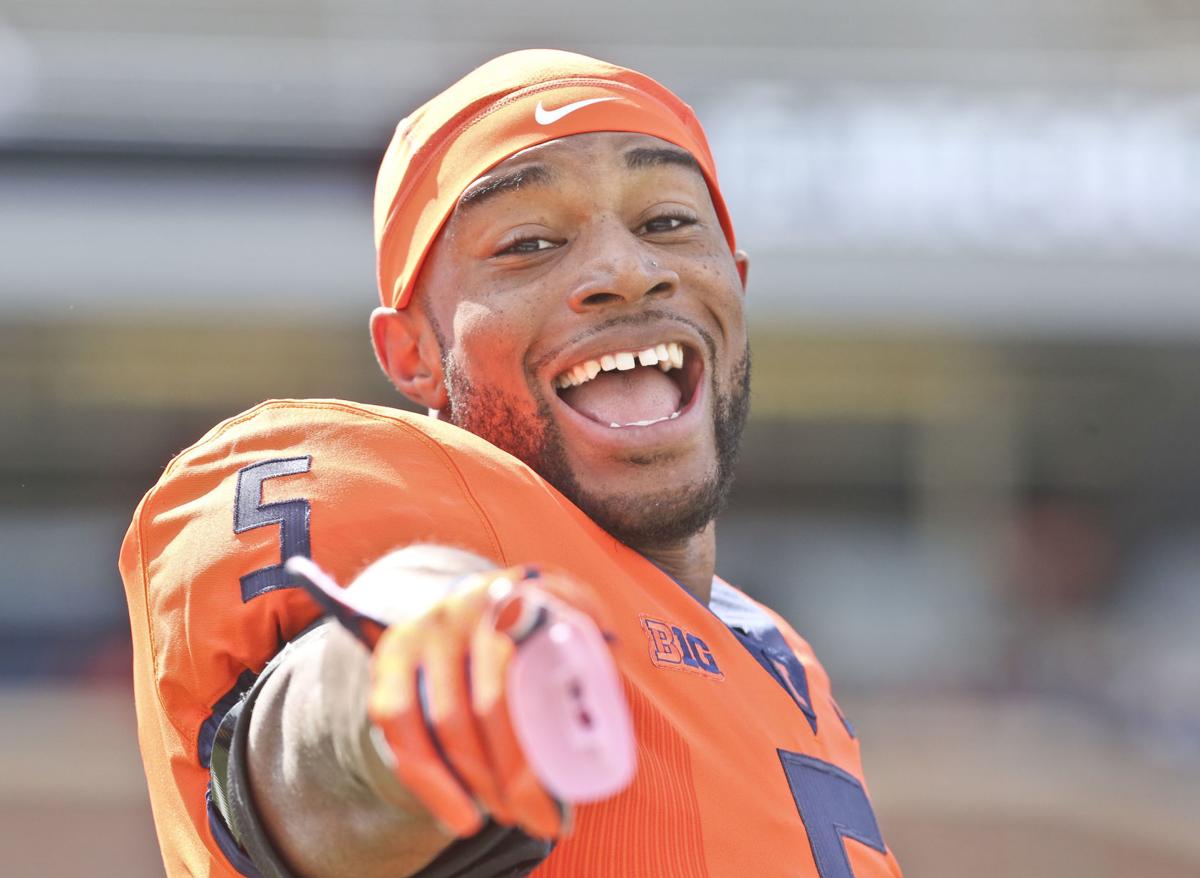 After sitting out last season per NCAA transfer rules, Illinois linebacker Milo Eifler is pointing toward a successful season on the football field. 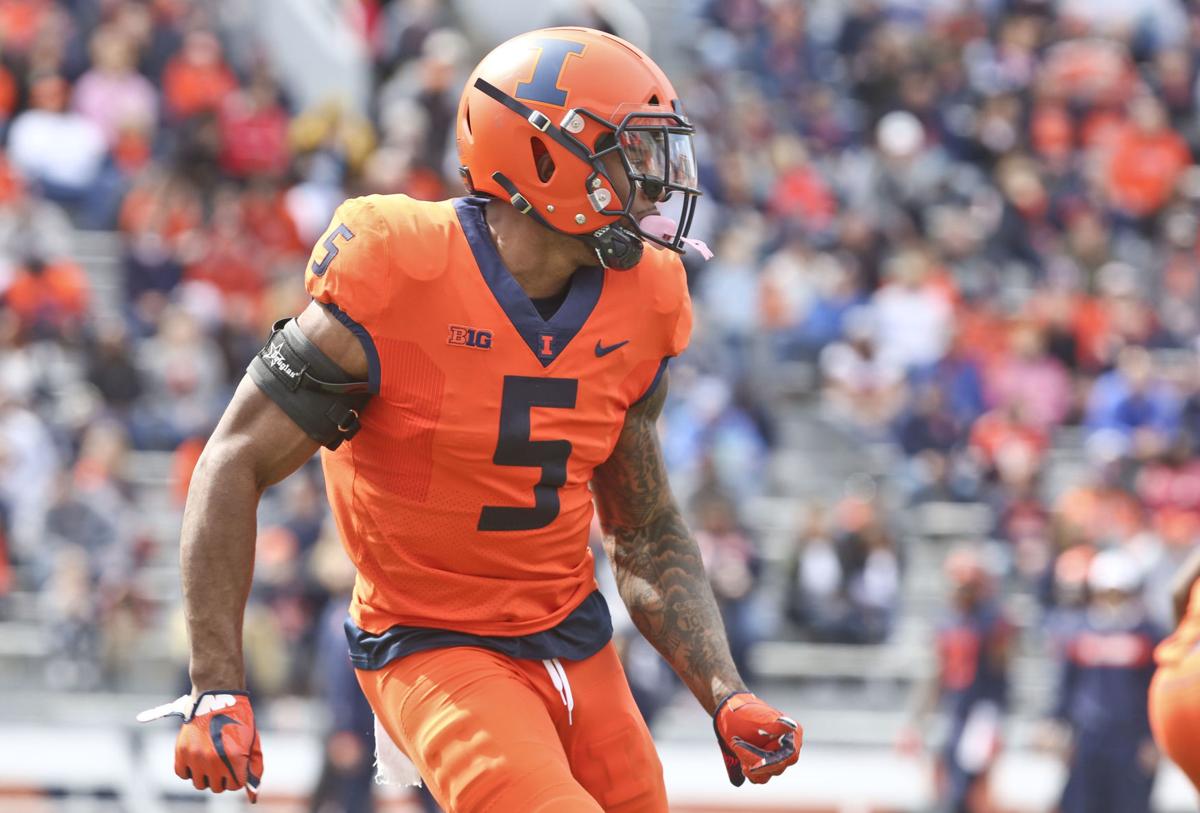 Illinois linebacker Milo Eifler, who did not start playing football until his junior year of high school, has the size and speed to play in the box or cover an offensive player out in space. 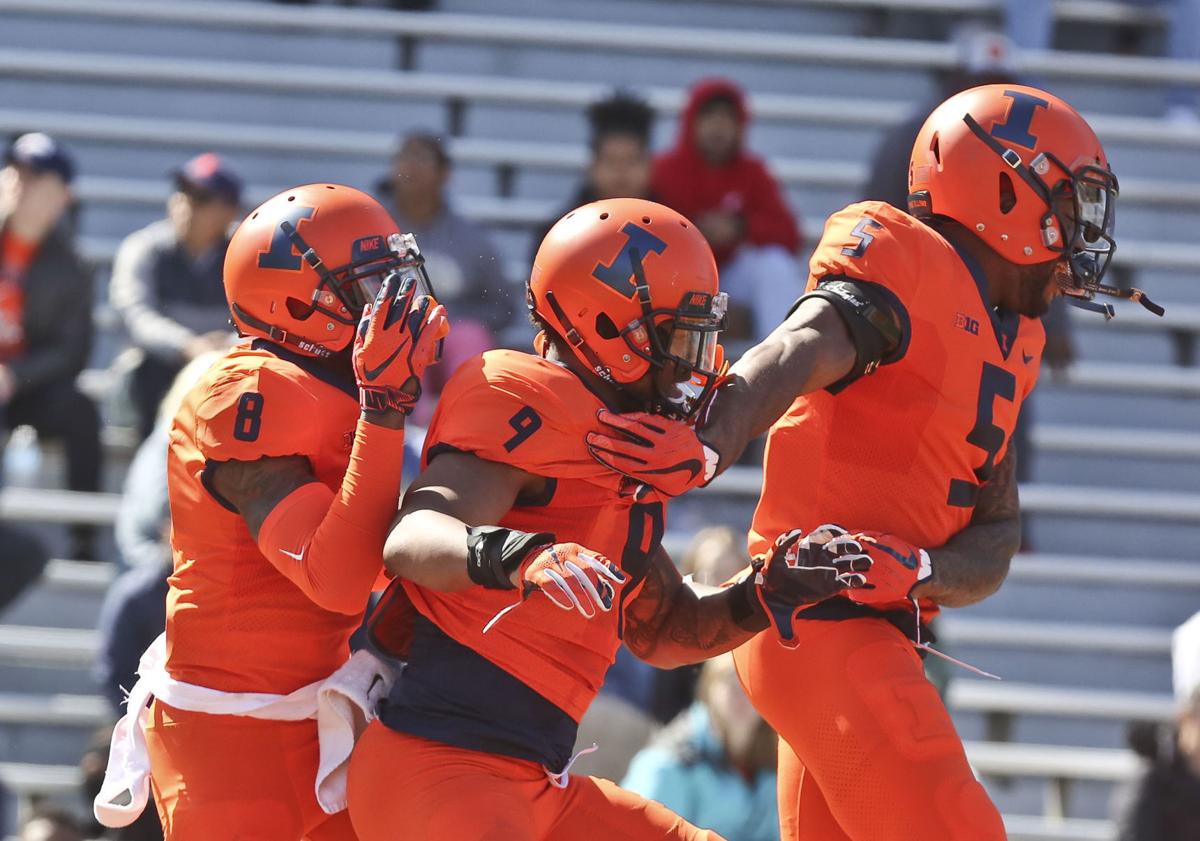 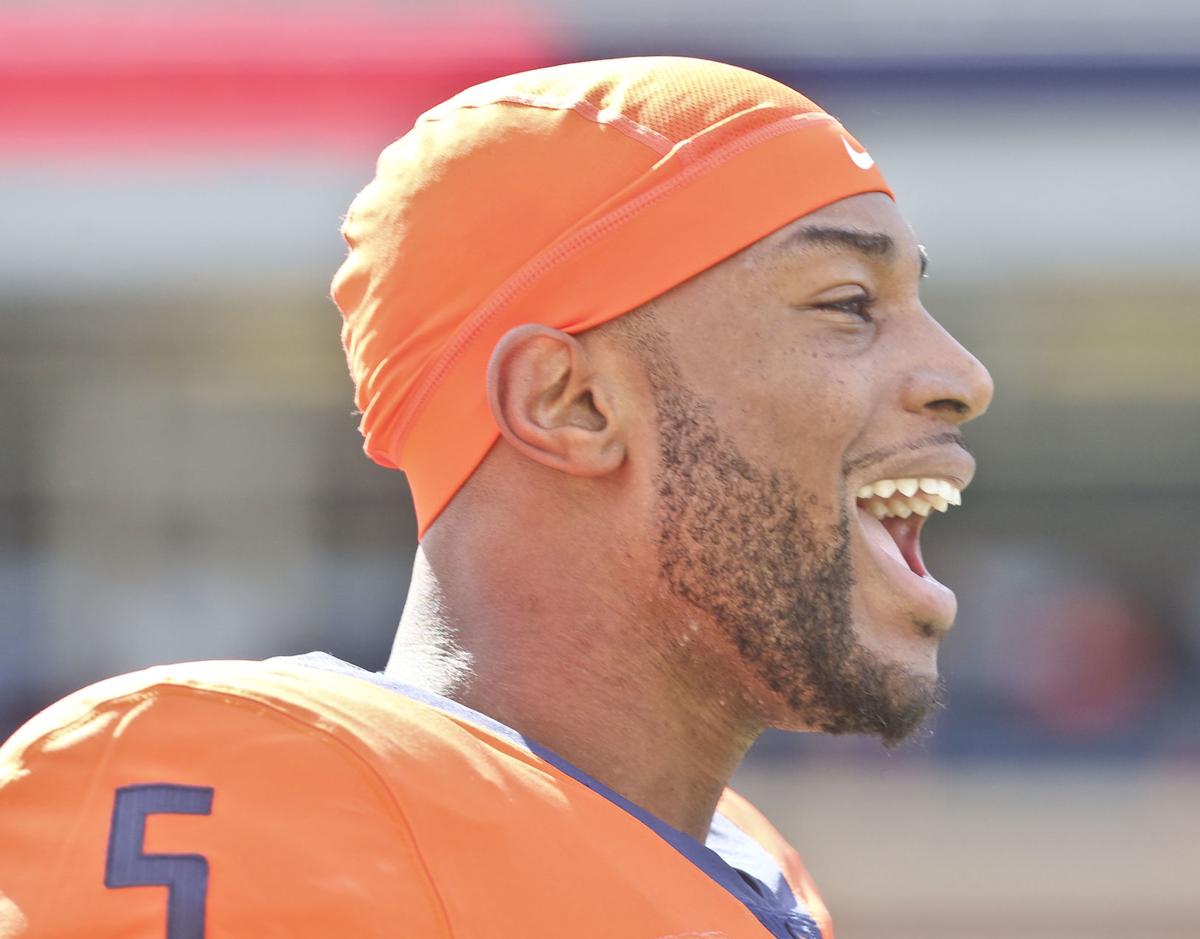 Milo Eifler felt like a passenger at times last year, but is back and eligible to play in game this season.