TUPPER: Inside the rebuilding of Illini basketball 🏀
0 comments
Share this
{{featured_button_text}}
1 of 2 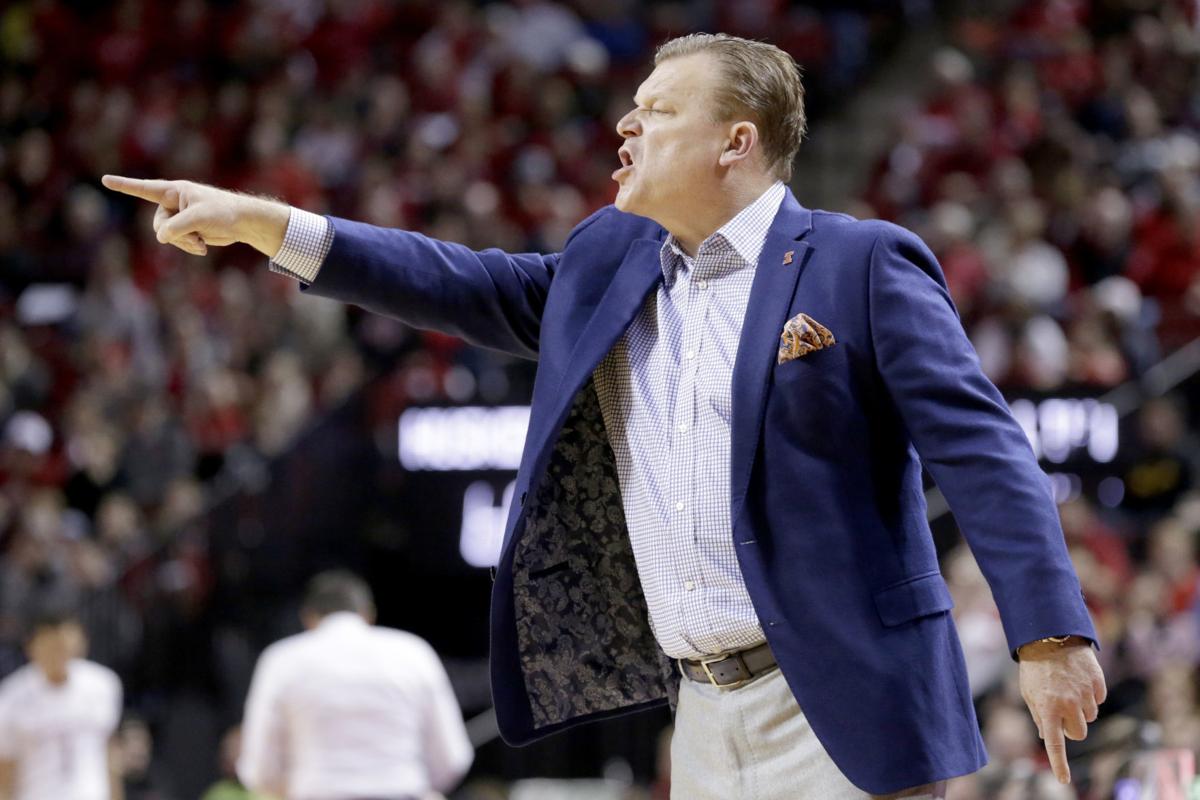 Illinois coach Brad Underwood instructs players during the second half of an NCAA college basketball game in Lincoln, Nebraska, in December. 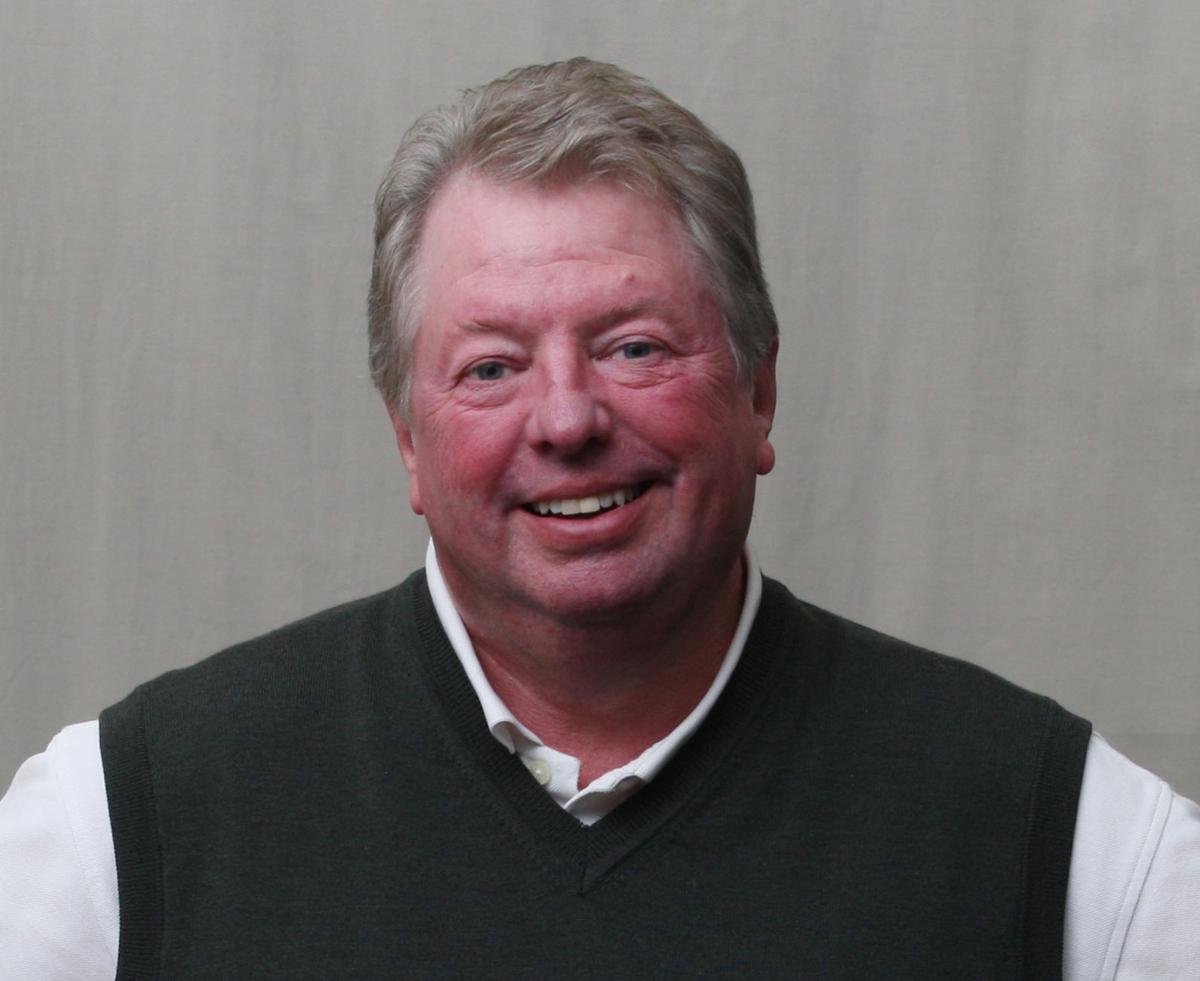 CHAMPAIGN — If you’ve followed Illini basketball the past few years, you know it’s a rare occasion when an Illini player dunks the ball.

Oh, it happens, usually on a breakaway following a steal. But when a team is undersized and short on athleticism, jamming the ball through the hoop is not part of the routine playbook.

On Friday night at the Ubben practice facility, and with about 350 fans jammed into the balcony for a sneak peek of the 2019-20 team, that began to change.

A 20-year-old, 7-foot, 286-pound freshman named Kofi Cockburn has arrived and the ooos and ahhhs from the fans started early and continued to the very end of an open practice that entertained and whetted the appetite for more. The most anticipated Illini basketball team in years has expanded its size and athleticism up and down the roster and the presence of Cockburn has given the Illini an exclamation point in the paint.

On Friday, Kofi dunked with his left hand, with his right hand, with both hands. He dunked in a demonstration of pure low post power, off a lob from Ayo Dosunmu and after he swallowed up a rebound and flushed it home in a single terrifying gesture of raw bravado.

Kofi dunks violently and those were the dunks that made the drooling fans gasp the way folks do when the Arthur fireworks shake the clouds in the Fourth of July sky.

The improvement expected from Brad Underwood’s third Illini team won’t be determined because one physically impressive post player can stick his hand in the hole. But just as any team feels emboldened when it can boast of an enforcer, Illinois seems more complete with the big fella flexing his massive muscles around the basket.

“Every NBA team that has been in to watch practice talks about his combination of size, strength and his ability to run,” Underwood said before Friday’s session began. Indeed, the New Orleans Pelicans were in the gym Friday morning and were taken with Kofi’s presence now and potential for more.

The freshman from Kingston, Jamaica, grew up playing soccer and running track. You think he was a shot-putter or threw the discus? No. He ran the 100 and 200-meter dashes as a sprinter.

What to watch for when Illinois football hosts No. 16 Michigan

CHAMPAIGN — Things aren't about to let up for the Illinois football team after three consecutive losses.

Underwood is well aware of the buzz Cockburn has brought to the equation. But he offers a cautionary reminder.

“Kofi is impressive,” Underwood allowed. “But he’s also a freshman. He hasn’t played in a game yet. There’s going to be a learning curve.”

Part of that is learning to play with the relentless effort Underwood wants to fuel his defense while playing smart enough to limit fouls. Illinois sent too many opponents parading to the foul line last year.

“Some days we’re doing much better with it,” Underwood said. “Some days not so much. We’re going to start bringing in referees more often for our practices.”

It was 50 minutes into Friday’s exercise before Underwood paired Cockburn and 6-9 sophomore Giorgi Bezhanishvili together on the same unit. That’s a work in progress, too, but the potential of it was intriguing when the two big men were on the floor with a three-guard supporting cast of Ayo Dosunmu, Trent Frazier and Andres Feliz, whose jump shot looks vastly improved.

Fun stuff when the whole unit flies up the court on the fast break. And get out of the way if Kofi finishes with a rim-rattler.

What will carry this team to its first NCAA Tournament bid since the 2012-13 season is a better mastery of the foul situation, sustained defensive intensity and the ability to take all of that beyond the State Farm Center and win on the road.

Illinois was 5-4 in Big Ten home games last season, 1-8 on the road. That has to change.

Regarding defense paving the way to road success, Underwood mapped out a clear goal.

“We’re trying to get three stops in a row six times a game,” he said. “That starts with an attitude. Then we don’t have to shoot 55 or 56 percent to win on the road.

“Last year we were learning. This year we’re guarding for 26 seconds without making a mistake. That’s sustainability.”

Illinois will play a very good South Carolina team in its one “secret scrimmage” before taking on Lewis in the lone public exhibition Nov. 1. The regular season begins Nov. 5.

“I love the fact that we have expectations,” said Underwood, whose team is nationally portrayed as a borderline NCAA Tournament team. “Illinois basketball deserves that. It’s time for us to grow into those expectations.

Mark Tupper is the retired executive sports editor of the Herald & Review. He can be reached at marktupper@barbeckbb.com.

Get the latest Illini news, delivered to your inbox from the Herald & Review's Joey Wagner. Sign up at herald-review.com/newsletters.

CHAMPAIGN — As the rain and wind picked up outside of the Henry Dale and Betty Smith Football Center, Dick Butkus stood at a lectern with his …

ILLINI LIVE: No. 16 Michigan breaks away from Illinois in fourth quarter

CHAMPAIGN — After Illinois went on a 25-0 run to cut the once giant Michigan lead to three points, the Wolverines capitalized on a Matt Robins…

CHAMPAIGN — Jeoff Robinson usually splits his time between going to watching one of his sons, Nick Robinson, at the University of Pennsylvania…

3 takeaways from Illinois' 42-25 loss to No. 16 Michigan, including a 'gut check' that ultimately fell short

Here Illinois is again, applying metaphors to help assign some sliver of positive meaning to yet another loss.

Illinois football will open 2021 season in Ireland against Nebraska

Illinois football's 2021 season opener in Ireland vs. Nebraska — the program's 1st trip overseas — will be 'more than a game'

CHAMPAIGN — In front of a green backdrop and wearing a tie with shades of green, rather than his usual preferred orange, Illinois athletic dir…

CHAMPAIGN — On March 14, Ayo Dosunmu sat in the locker room of the United Center, surrounded by his team and engulfed in a deafening silence.

CHAMPAIGN — Some people who know Benjamin Bosmans-Verdonk back home in Lommel, Belgium, might be a bit surprised by the leap of faith that led…

What to watch for when Illinois football hosts No. 6 Wisconsin

CHAMPAIGN — The Illinois football team played arguably its best quarter of the year last week in the third quarter against Michigan. Ultimatel…

CHAMPAIGN — Kofi Cockburn stood just underneath the scoreboard at the Ubben Basketball Complex in the middle of a swarm of reporters. His head…

CHAMPAIGN — No more waiting, no more wondering and no more talking about what could be for the Illinois men's basketball team.

CHAMPAIGN — The start couldn’t have been much worse for Illinois between the cold shooting, and turnovers that led to a 12-point deficit.

TUPPER: One look in the backyard shows just how quickly our Central Illinois seasons change

Flipping through my phone I see a picture taken on July 21 at the edge of our back yard. A wall of 9-foot tall green corn is reaching for the …

'He's so stable,' Andres Feliz settles down Illinois in exhibition win over Lewis

CHAMPAIGN — Brad Underwood doesn't particularly like sitting on the bench and seeing Andres Feliz sitting down the row from him. Underwood rea…

ILLINOIS BASKETBALL NOTEBOOK: Kofi Cockburn was 'a monster' in exhibition win over Lewis

CHAMPAIGN — Most of the crowd at the State Farm Center knew what was coming, it was just a matter of when, how thunderous it would be and what…

The Illinois basketball season is officially underway. The Illini are hosting Nicholls State to open the season.

A win is a win for Illinois basketball, even with late-game lapse

CHAMPAIGN — If the Illinois men's basketball team gets to where it wants to be, this weekend could be a good reference point.

Though Mark Tupper is retired from his everyday duties at the Herald and Review, he still writes memorable columns. Here are his favorites from 2019.

Illinois coach Brad Underwood instructs players during the second half of an NCAA college basketball game in Lincoln, Nebraska, in December.