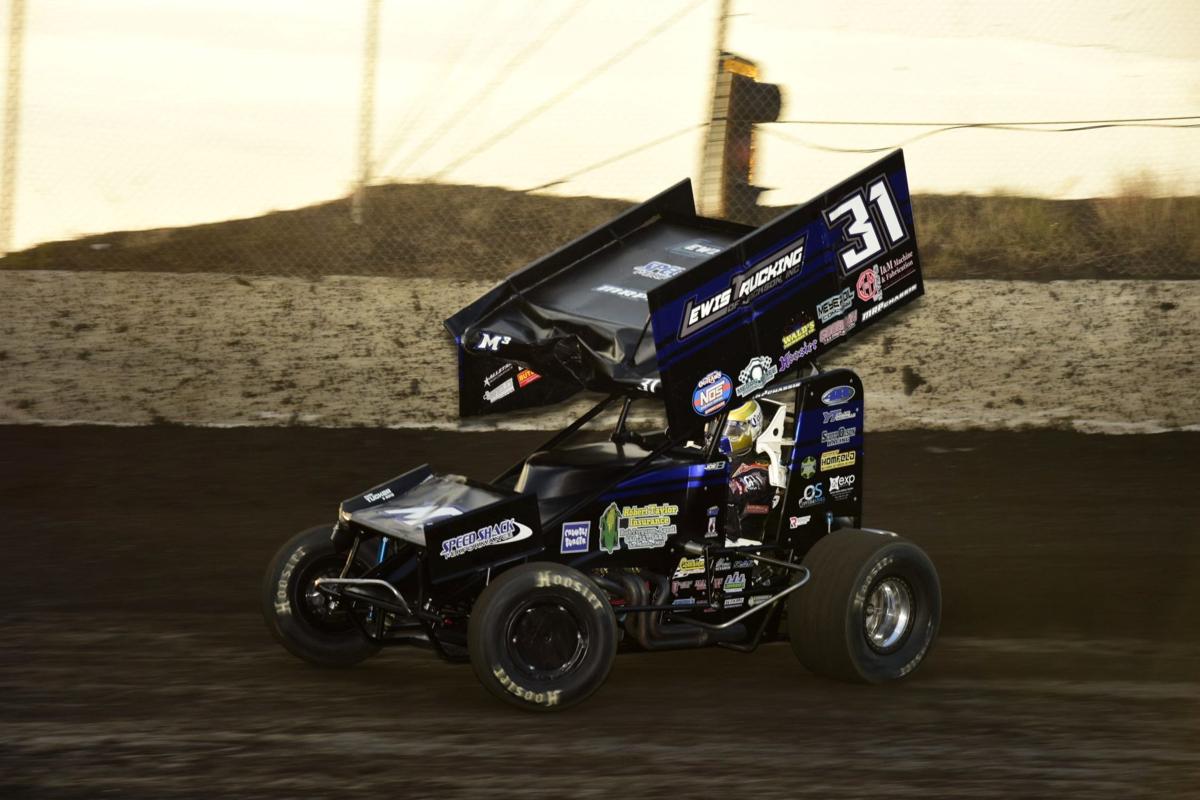 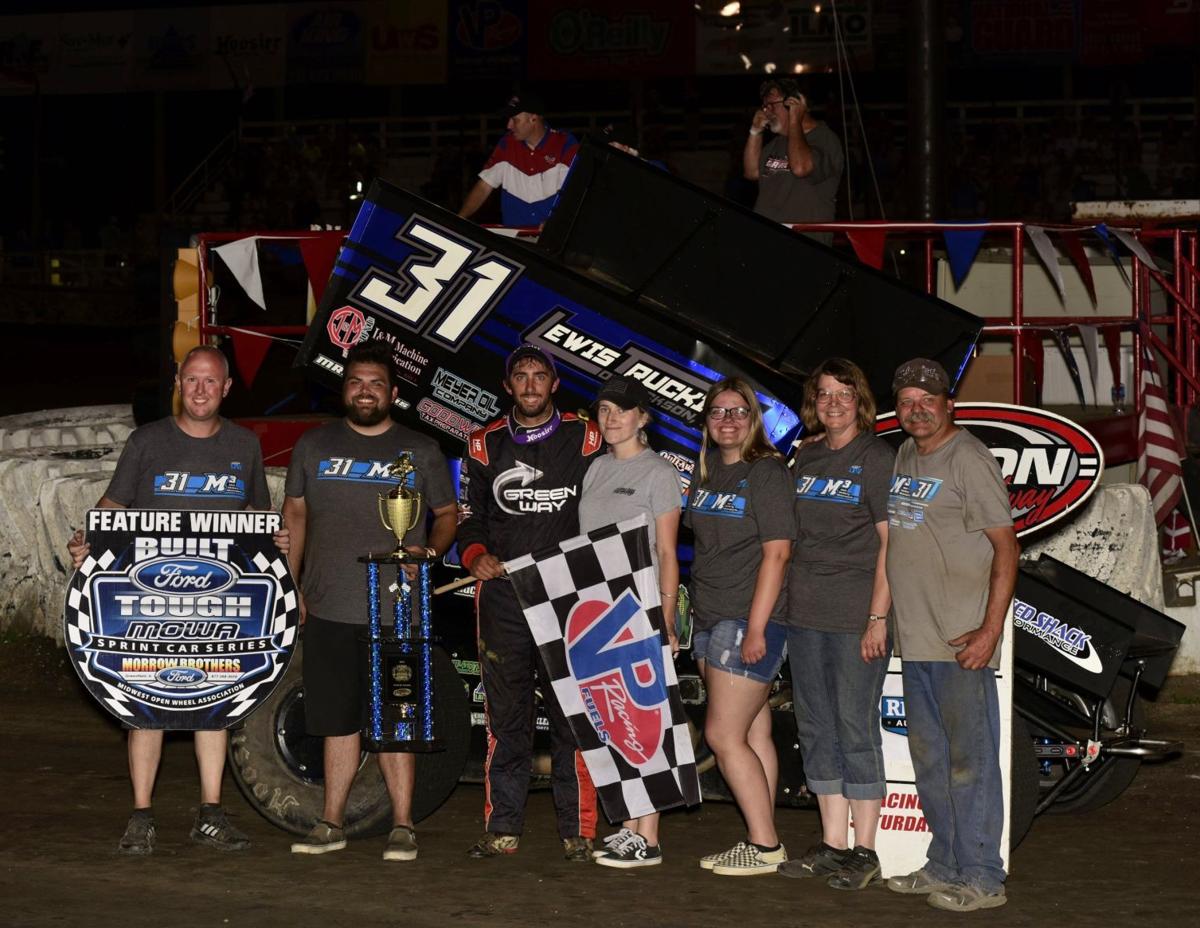 MACON — For some drivers, when the racing season comes to an end in the early fall in Central Illinois they move their race cars into the shop for the winter and dream about hitting the track again in the spring.

For sprint car driver Zach Daum, he grabs his passport and flies more than 8,000 miles to New Zealand to enjoy another summer season of racing in the southern hemisphere.

“The racing is a lot different. The biggest thing I would say is that the tracks are all very flat and they are very narrow. They use the infields for rugby or cricket (when not racing) and a lot of the places we run are multi-purpose facilities,” Daum said. “On the tracks that are just for racing, they run stock cars on them but they aren’t the stock cars that we know. They are crash-em up cars and it looks like a demo derby going around.

“The race tracks are fun down there and the people are great. It is a different way of living down there.”

Daum, 29, is accustomed to excelling on small tracks. He is a three-time POWRi national midget champion and last Saturday, he won the sprint feature at Macon Speedway. The race was also the second stop in the Midwest Open Wheel Association (MOWA) circuit.

“MOWA is a tough group of local guys. The night before (at Lincoln Speedway) we had three or four guys competing that had won World of Outlaws races,” Daum said. “At MOWA, you don’t know who’s going to stop in every week. A lot of the local guys have run these short tracks their whole careers and so they get their tracks down and they are tough to beat.”

Daum’s race on Saturday got off to an exciting start during qualifying and in the feature he drove calm and collected.

"The heat race started off adventurous. There was a crash on the first lap and I got caught up in that. Luckily, I didn’t have enough damage that I had to go pit side and I was still able to run the heat race and win," he said. "I knew right off the bat that we had a good car and (driver Korey Weyant) got the jump at the start (in the feature). I hate leading the first couple of laps because you can kind of get stuck and you really don’t know what to do.

"After the first couple of laps I really saw the track start to polish off pretty quick and I thought it would lay some rubber. I needed to judge my speed off of the lead cars and I had to move down into the rubber when I needed to. The biggest thing for us was to keep the speed up and not be able to get yourself slid or passed."

Daum began racing in quarter-midget racers and moved to midgets, but sprints have his attention currently.

"When I was a kid, we would go watch midgets at Bellville and Macon. I just fell in love with midgets at a young age and that’s all I wanted to do is just race. In a sprint car, everything happens very, very fast. It is like fighter jets in a gymnasium almost. Before you know it you get off turn four and you are on turn one already. There is not a lot of time to think and you have to be quick on your feet," he said. "I think (Macon Speedway) is a challenging track not only in making sure you hit your lines but you have to worry about everyone else is doing along side of you. On the bigger tracks, you don’t have to worry about that and so if you see one guy start to push or get tight, you have to anticipate where they are going to go. It is pretty technical."

The challenges of the New Zealand tracks include irregular designs and corners that are not uniform.

"If you flattened Macon Speedway out, it would be comparable, but the dirt they have down there isn’t very good. Macon’s dirt has a lot of grip in it," Daum said. "Macon has four exactly the same corners and over there one end will be very tight and one end might be sweeping or v-shaped. They don’t have a proportional race track where both ends are the same. It’s another element you have to adapt to."

Daum struck up a friendship with New Zealand drivers who were driving in the U.S. during their off-season.

"When the Kiwis come over here to race during our midget weeks, I have gotten to know a few of them. One guy wanted to come over and race and he asked if we could trade out nights and he would run a night in one of my cars and I would go over and run one in his car," Daum said. "I thought: That’s fair enough; you don’t get that opportunity every week. We did that the first year and found a sponsor and this past season was my fifth year down there. It was a dream come true to get to go down there and race one year let alone get to do it every year."

Daum's success around the globe has put him in a rare class of driver.

"New Zealand is a beautiful country. I haven’t done as much touristy things as I would like to because I'm pretty hands-on with the car and take care of it during the week." he said. "I’ve been able to win in New Zealand, Australia and the United States and there are only a handful of people who have been able to win in all three countries which is pretty cool I think. I’m lucky to be able to go race and get to compete over there."

The Herald and Review 100 at Macon Speedway has been rescheduled for Thursday, Aug. 13.

The Sportsman drivers get their chance to shine on Saturday at Macon Speedway, with the top coming off their cars for the Topless 40.

Get to know Bill Basso in the Macon Speedway Driver Spotlight

Macon Speedway standings as of July 17

Here are the standings for the classes that will be running at Macon Speedway this weekend.

Get to know Blake Damery in the Macon Speedway Driver Spotlight

Take a looks at Macon Speedway's standings through Friday, July 24.

Get to know Tim Riech in the Macon Speedway Driver Spotlight

Tim Reich began racing because it's a family tradition. Now he drives the UMP Pro-Modified J&J Motorsports No. 55.

MACON -- On a night where the racing was intense, the tempers were flaring and the summer heat was getting to everybody, Pro Modifieds driver …

The victories came following near-catastrophic incidents for Knebel’s car in each of the feature victories and the driver attributes a little divine intervention on being able to navigate the challenges.

MACON -- The events of the POWRi Lucas Oil National Midget League Speedweekend have officially called off for the weekend.