What’s next for Rod Blagojevich? Can he practice law? Run for office?

FORT WORTH, Texas — Kevin Harvick and the Stewart-Haas Racing team had already been preparing for NASCAR's finale. With another win at Texas, they now know they will be racing for a Cup title in two weeks.

Harvick won the fall race at Texas for the third year in a row Sunday, again securing one of the championship-contending spots for the Nov. 17 season-ending race at Homestead-Miami Speedway.

After starting from the pole, Harvick led 119 of 334 laps and paced a 1-2-3 finish for Stewart-Haas. He had gotten to Texas fifth in points, below the cutline for a championship run.

"It's a scenario that takes a lot of pressure off next week," car owner Tony Stewart said. "It does take that edge off. ... It's big for the organization."

Harvick led six times in the No. 4 Ford, including the final 21 laps and 73 of the last 80, and finished 1½ seconds ahead of teammate Aric Almirola. Daniel Suarez, the Stewart-Haas driver still unsigned for next season, was third.

With Martin Truex Jr. already locked in for the final four at Homestead, the final two spots for the title run will be determined next week at Phoenix. At least one driver will get in on points.

"It is going to be a good battle for sure," said Logano, the defending Cup champion who remained in fourth in points after finishing fourth in the No. 22 Team Penske Ford at Texas. "We are definitely racing for that last spot just in case someone behind us outside of the top four wins. ... It's going to be fun."

Kyle Busch is third in the standings, only two points ahead of Logano.

"We all know one guy is going to move through on points and we have to do whatever we have to do in order to be that guy," Busch said.

Truex finished sixth at Texas, a week after clinching his title chance with a win at Martinsville. Playoff contenders Busch and Ryan Blaney were seventh and eighth, with Kyle Larson 12th. The other contenders, Denny Hamlin and Chase Elliott, had accidents that put them deep in the field.

Hamlin's 28th-place finish, six laps behind Harvick, dropped him from second to fifth in the standings. He is 20 points behind Logano, and only three ahead of both Larson and Blaney. Elliott is 78 points outside the final four.

Harvick's fourth win this year was the 49th of his career, matching Stewart for 14th on NASCAR's career list. Harvick's only championship in his 19 Cup seasons came after a win in the finale at Miami five years ago.

"I think every year is different. For me, I would tell you that I don't think we've run as well as we probably wanted to run week in and week out compared to the things that we expect," Harvick said. "But this particular year has been neat for me to sit back and watch the evolution of how we progressed with the race cars, how the conversations have progressed, how my theories and things I think are right and wrong have changed."

Hamlin got loose coming out the fourth turn on the 81st lap and slid off the track and through the infield. The No. 11 Joe Gibbs Racing Toyota was damaged after slamming hard across the grass and over asphalt.

"Just lost control. That's all there is to it," Hamlin said. "Did the best we could, and we'll go to Phoenix and try to win. ... There's no doubt in my mind that we can go there and win. In these circumstances, I like the challenge."

CONTENDING WITH TROUBLE: Elliott was in the eighth and final playoff spot coming into the race, and stayed there after getting into trouble early. He will have to win at Phoenix to get in the final four.

On the ninth lap Sunday, Elliott got loose and slammed hard into the wall. After an extended time on pit road for repairs, he got back on the track and finished the race. He finished 22 laps behind in 32nd place.

"I made a mistake, got loose and crashed. I really hate that happened," Elliott said.

Elliott was the runner-up at Kansas last month but finished 36th at Martinsville last week after a mechanical failure. There was also his last-place finish among 38 cars at Dover, where his engine gave out after only eight laps.

FLASHBACK AT FRONT: Seven-time Cup champion Jimmie Johnson has gone a career-long 93 races without winning, but he led nearly half of the second stage at Texas.

Johnson led 40 laps in the second 85-lap segment at Texas, where he has won a record seven times. His last win there came in the 2017 spring race, about two months before his last Cup win at Dover.

His only pole this season was at Texas in the spring race seven months ago, when he led 60 laps. He had led only 27 total laps in the 26 races since then before Sunday.

Just a few laps after the race resumed following the second stage, while still in the top three, Johnson got loose and couldn't keep the No. 48 Chevrolet off the wall. The Hendrick team got him back on the track for a brief time, but the car had too damage to continue. He finished 34th. 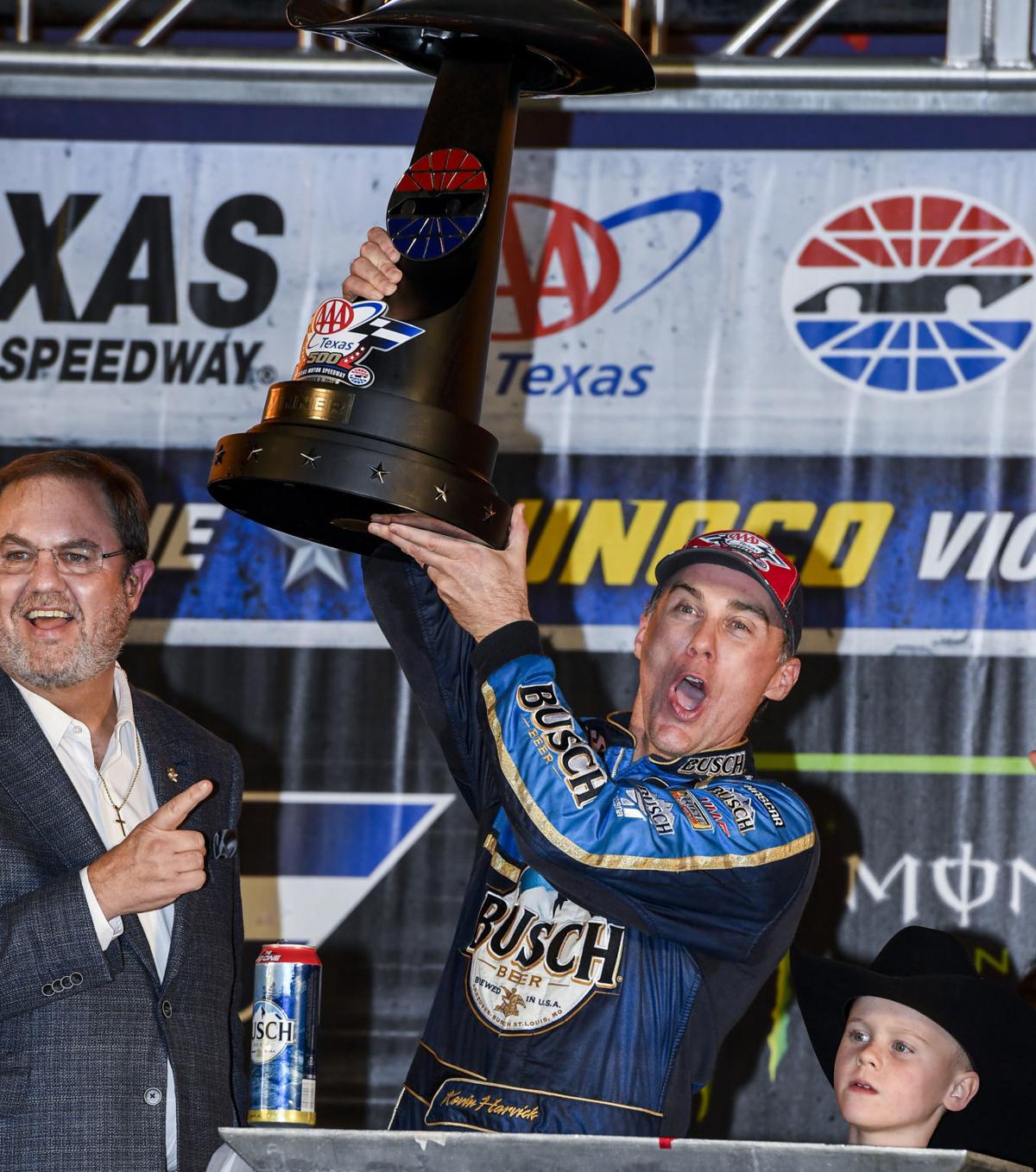 Kevin Harvick celebrates with the trophy in Victory Lane after winning the NASCAR Cup Series playoff race at Texas Motor Speedway in Fort Worth. 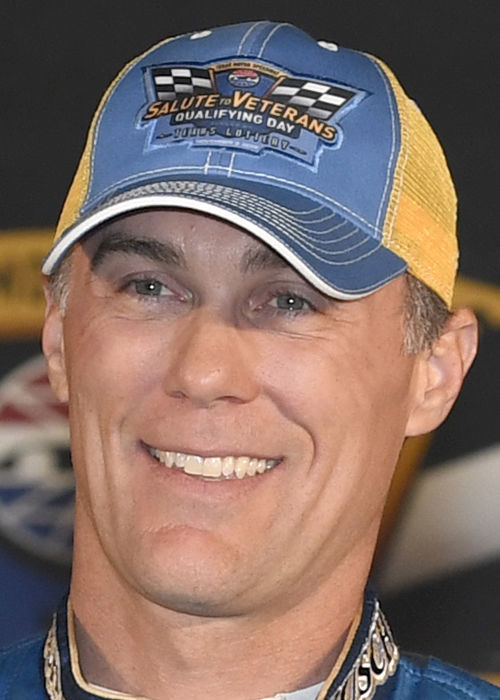