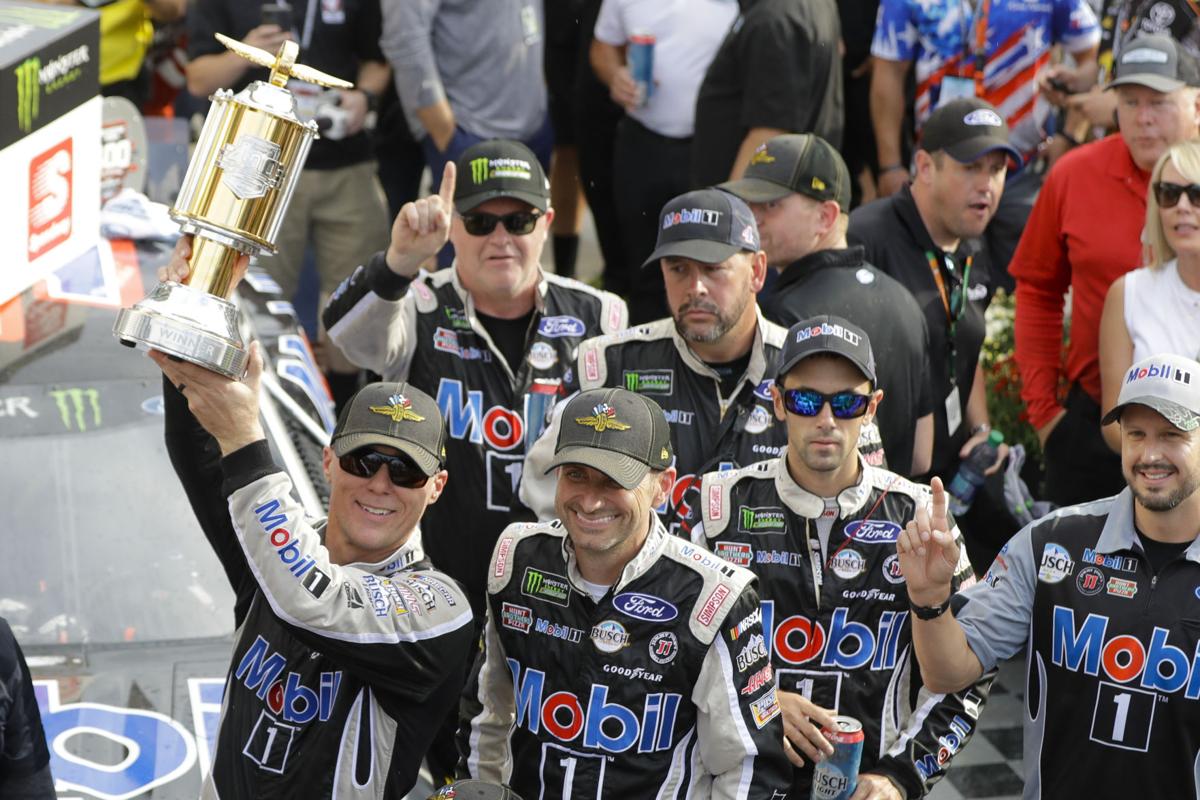 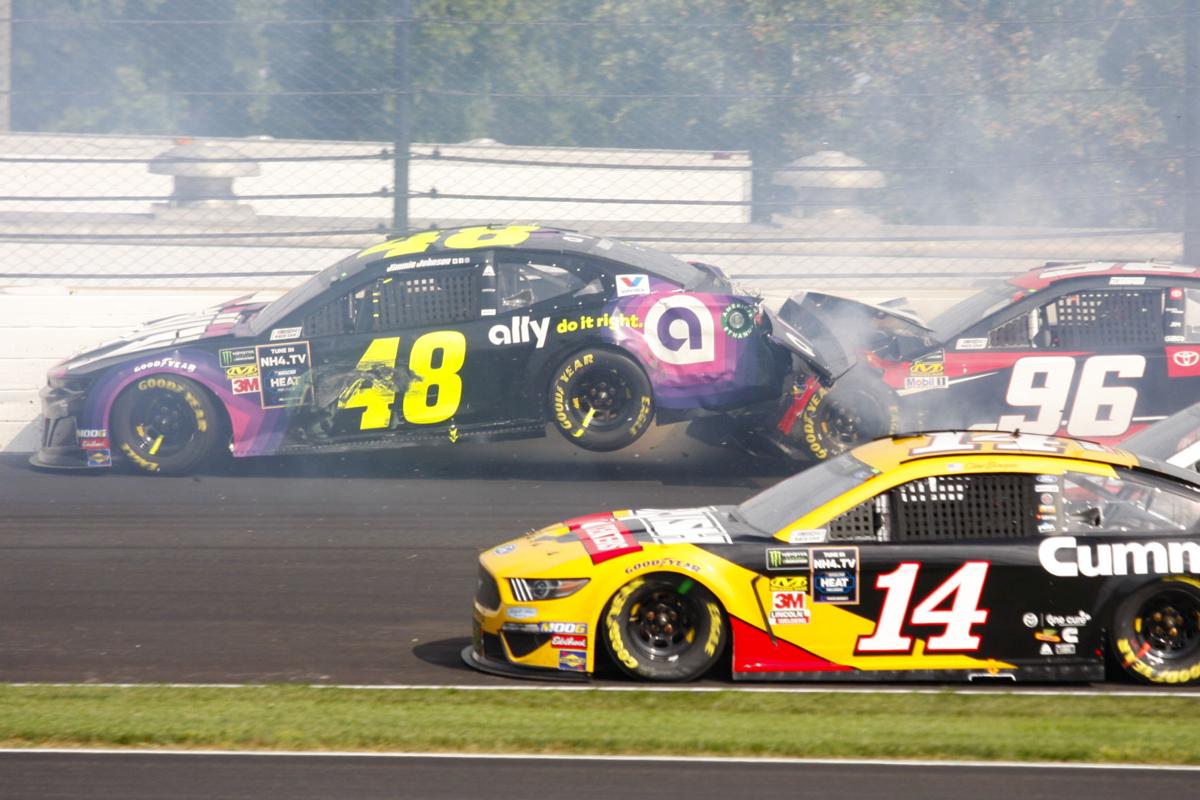 NASCAR driver Jimmie Johnson (48) is hit by Parker Kligerman (96) in the second turn during the NASCAR Brickyard 400 on Sunday at Indianapolis Motor Speedway. That ended Johnson's day while also ending his shot to make the playoffs for the 15th straight year.

A crash with 55 laps to go made it official: Johnson's perfect postseason record is over.

On a day Harvick won the pole, led all but 42 laps and raced to his second Brickyard 400 victory, Johnson pulled his familiar No. 48 car through pit road and parked it in Gasoline Alley — without a playoff spot for the first time since NASCAR introduced the format in 2004.

"I think our car had good pace. Just these restarts are so crazy with this rules package," the seven-time Cup champion said after being released from the infield medical center. "Everybody's trying to get everything they can and we came out on the bad side of the deal there in turn two."

The result: Clint Bowyer and Ryan Newman claimed the final two spots in the 16-driver field, and Daniel Suarez fell four points short of becoming the first Mexican-born driver to make the playoffs that begin next weekend in Las Vegas.

Johnson wasn't the only driver having trouble Sunday at Indianapolis Motor Speedway.

Defending race winner Brad Keselowski wound up climbing out of the cockpit on his knees after his car and Erik Jones' touched, sending Keselowski sideways into a tire barrier. Neither driver was seriously injured. Two-time race winner and regular-season champion Kyle Busch parked his car on pit road after blowing an engine.

Johnson started the day 18th in points, two spots and 18 points below the cutline and was still down 12 points when the third and final stage began. Then came an eight-car melee that ended Johnson's long-shot effort.

It started with Johnson and William Byron running side-by-side through the second turn. Johnson's car spun in front of Kurt Busch, sending both into the outside wall.

"I'm not stoked by the situation at all," Johnson said, referring to the streak. "I am impressed that we have been in 15 consecutive playoffs. I'm not sure anybody else has done that. So, our record doesn't stink. We wish we could have kept it going, but life goes on."

It was one of six crashes in a race that had 48 of 160 laps run under caution.

Harvick's No. 4 Ford was the best car on the 2.5-mile oval. He won the pole in the morning, led 118 laps in the afternoon and crossed the famed yard of bricks first. Harvick also won the race in 2003.

"This is awesome. I kept telling myself get the baby girl a ropy," Harvick said. "Good weekend to come, so she doesn't know what's going on, just a lot of noise but pretty special."

Denny Hamlin finished sixth and was the top finisher for Joe Gibbs Racing, which was trying to become the first team to sweep NASCAR's four biggest races in the same season.

NASCAR driver Jimmie Johnson (48) is hit by Parker Kligerman (96) in the second turn during the NASCAR Brickyard 400 on Sunday at Indianapolis Motor Speedway. That ended Johnson's day while also ending his shot to make the playoffs for the 15th straight year.