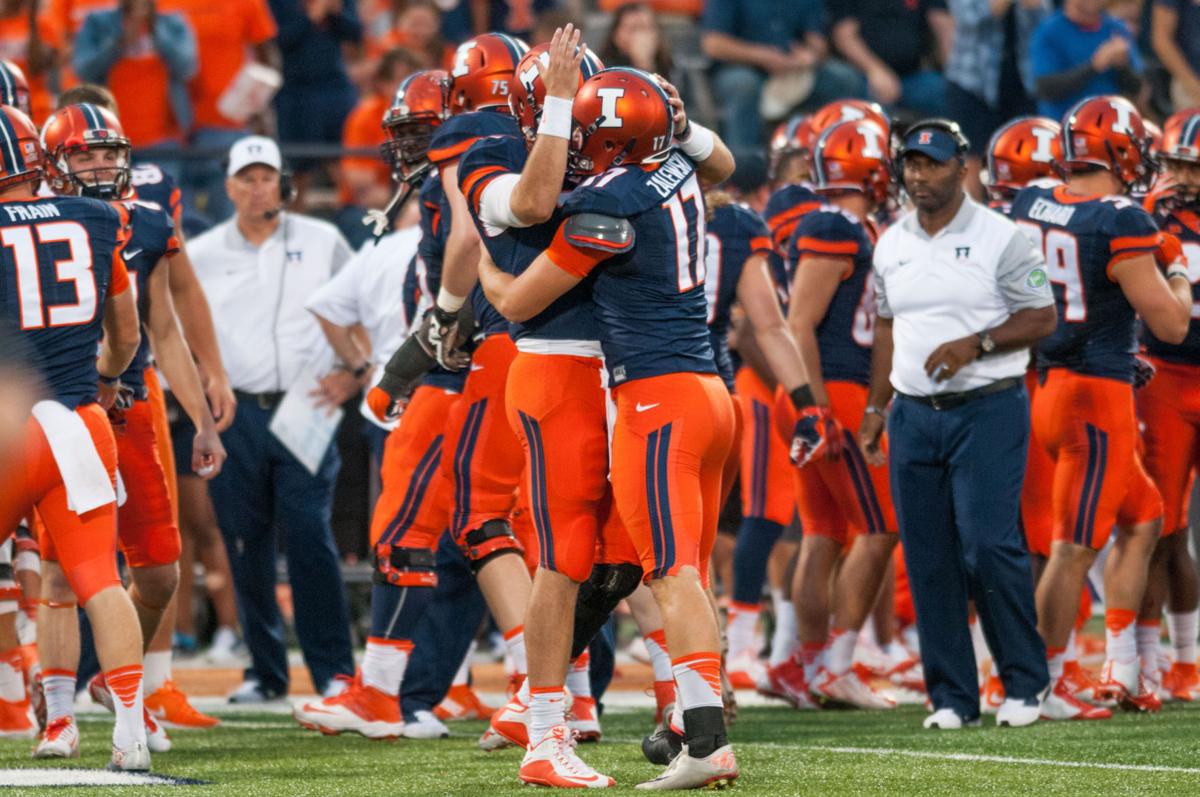 Illinois place kicker Taylor Zalewski celebrates his 51-yard field goal during the fourth quarter. It ended up being the difference as Illinois won 27-25. 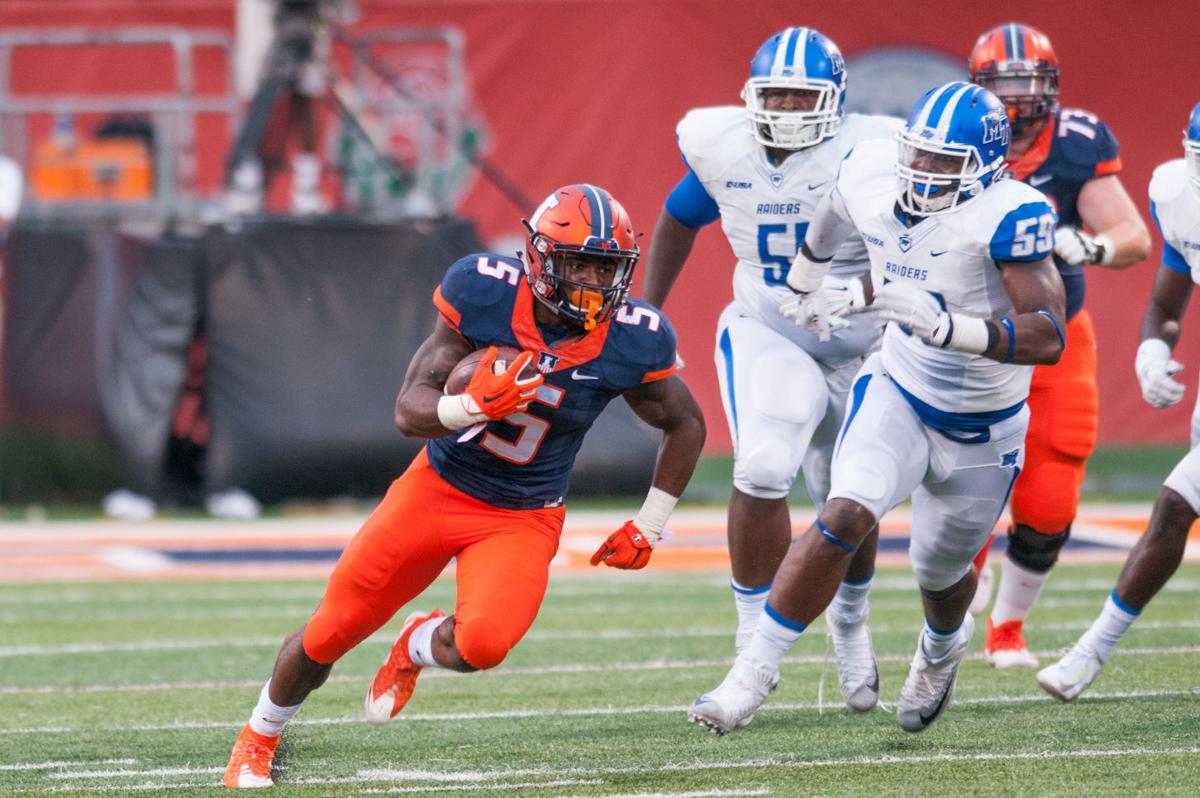 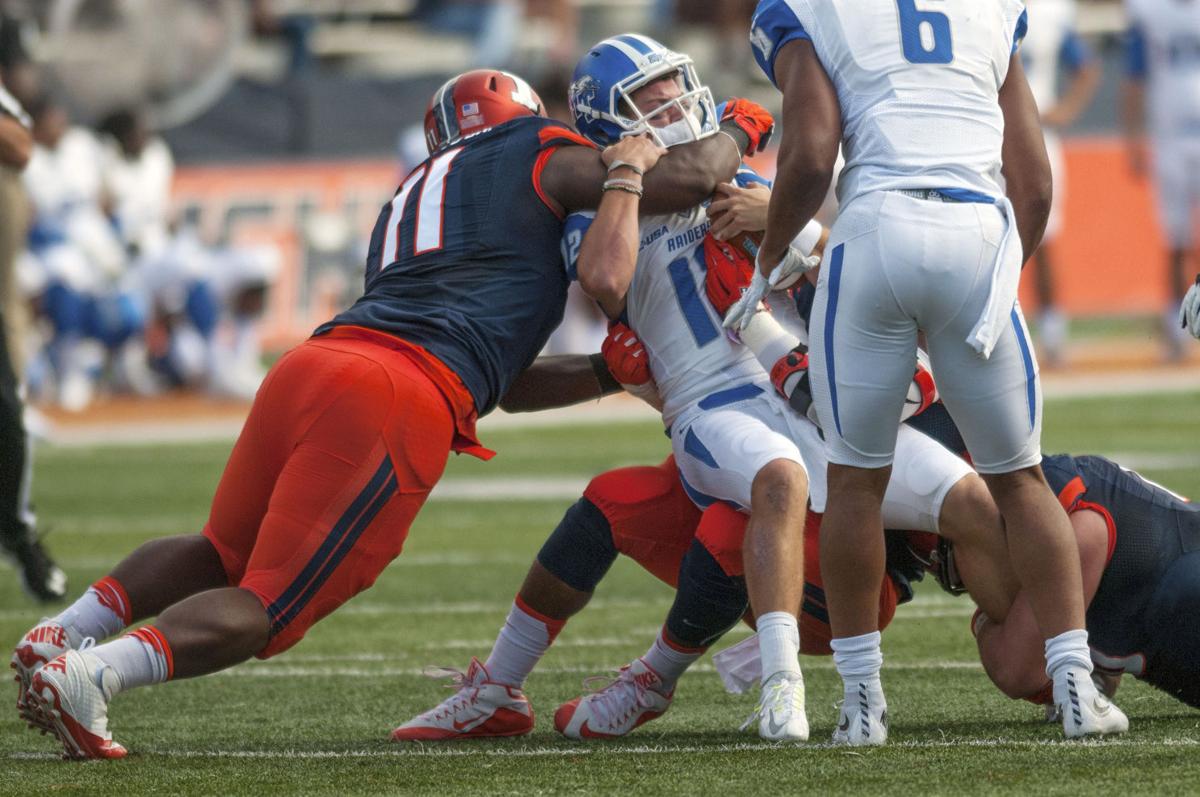 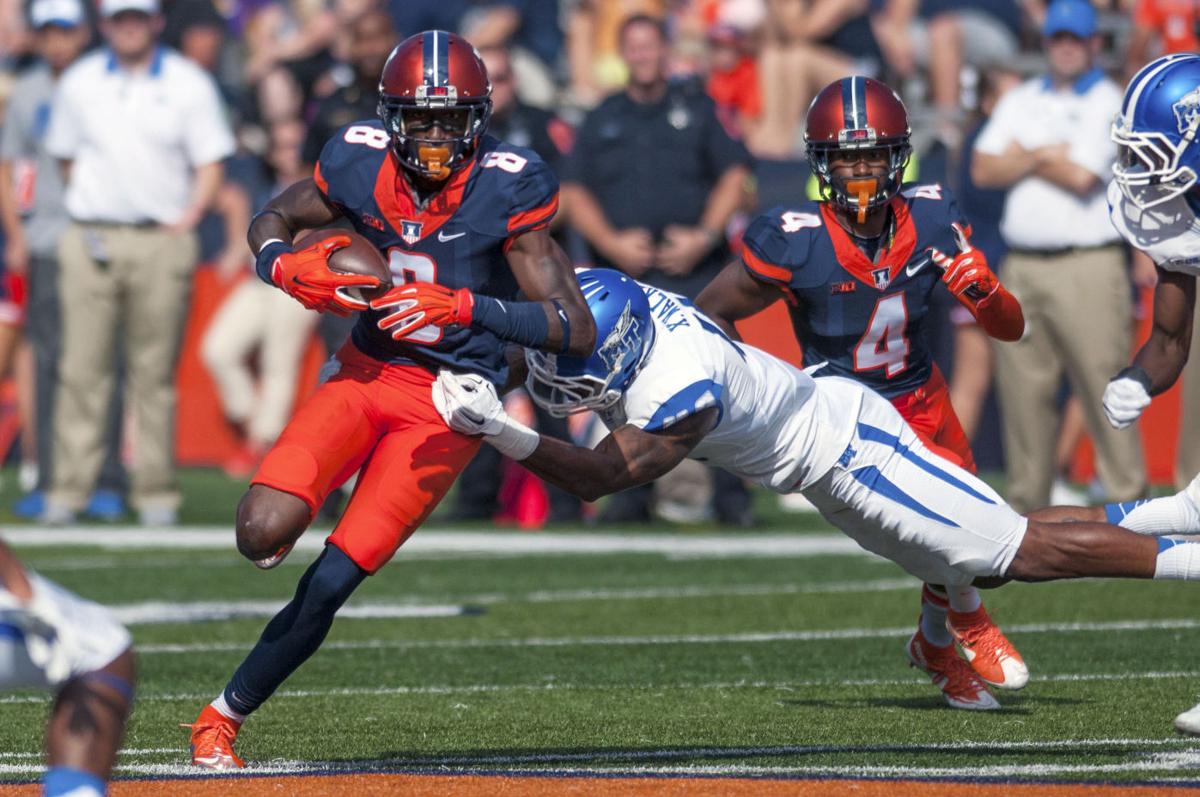 CHAMPAIGN – As a member of the unofficial union of football place kickers, Taylor Zalewski nearly always roots for his fraternity brothers.

Doesn’t matter if he knows them or not, or if they’re kicking for the opposing team, he sympathizes with their plight and with the pressures that follow them from one field goal to the next. “No matter what, I’m always pulling for the kicker,” he said.

But in the dusk of an early Saturday evening, and with a victory hanging in the balance, Illinois’ senior place kicker did something he says he’s never done.

With the Illini holding a 27-25 lead, Clark stood near the left hash mark while Zalewski watched him closely from the Illini sideline.

“Honestly, that was the first time in my life I thought, ‘Man, I hope this kid pulls it,’” Zalewski said.

The snap was good, and when the kick left Clark’s foot it looked headed between the uprights. But it slowly hooked to the left and drifted past the upright, missing the mark and ensuring that Illinois would improve to 3-1 heading into next week’s Big Ten opener against Nebraska.

It was Zalewski who provided the winning margin, having boomed a 51-yard field goal with 2:02 to go that pushed Illinois past Middle Tennessee, which had rallied to take the lead with 4:44 to go on a 13-yard touchdown pass from Brent Stockstill to Ed Batties.

Illinois drove the ball from its own 27 to the Middle Tennessee 32 before the drive stalled. Facing fourth-and-six from the 32, Illini interim head coach Bill Cubit could have gone for it.

After all, Zalewski had missed a 38-yard field goal attempt earlier in the game and last season he was shaky at best, missing half of his six field goal attempts and two extra points, eventually losing the job to David Reisner.

But without hesitation, Cubit called on Zalewski even though the kick would be from 51 yards.

“I had the utmost confidence in Taylor,” Cubit said. “I thought he could hit it. I had no doubt. When I said, ‘Let’s kick it,’ everyone looked at me wanting to know if I was sure. Hey, he has a good leg and he drilled it.”

Zalewski said he was thrilled when Cubit had the confidence to call his name.

“I was pumped,” he said. “I was super excited for the opportunity to help get us a win, especially coming off that first miss. I felt terrible about that, but I didn’t let it affect me.”

Until the key field goal attempts late in the game, Illinois held the lead based on a strong defensive game and another big play from its special teams.

Wes Lunt threw a five-yard touchdown pass to Malik Turner to give Illinois a 7-0 first-quarter lead and Clark answered for Middle Tennessee with a 42-yard field goal.

But Illinois increased its lead to 14-3 when Caleb Day blocked a punt and Clayton Fejedelem recovered in the end zone.

Middle Tennessee (2-2) got back into it when V’Angelo Bentley failed to call a fair catch and let a Middle Tennessee punt roll all the way to the Illini 1. When Lunt couldn’t handle the center snap, Middle Tennessee got two points on a safety. And after getting the ball back on the kickoff, Stockstill quickly hit Richie James on a 63-yard touchdown pass that slashed Illinois’ lead to 14-12.

And on a day when Lunt and his receivers were often out of sync, Illinois found a weapon in freshman running back Ke’Shawn Vaughn. He carried 13 times for 80 yards and his eight-yard touchdown run was the only score in the third quarter, setting the stage for an exciting finish.

That was important because it came at a time when starting running back Josh Ferguson was out of the game with leg cramps.

Defensively it was a big day for the Illini linebackers. Mason Monheim had 14 tackles, T.J. Neal 13. Defensive end Dawuane Smoot had two sacks and forced a fumble.

CHAMPAIGN – The Illinois offense sputtered like a car with a bad tank of gas during Saturday’s 27-25 victory over Middle Tennessee.

Illinois place kicker Taylor Zalewski celebrates his 51-yard field goal during the fourth quarter. It ended up being the difference as Illinois won 27-25.