Become a Member
Read Today's E-edition
Share This
Watch now: How does the Chicago Bears coaching job stack up with the other NFL openings?
0 Comments
Share this 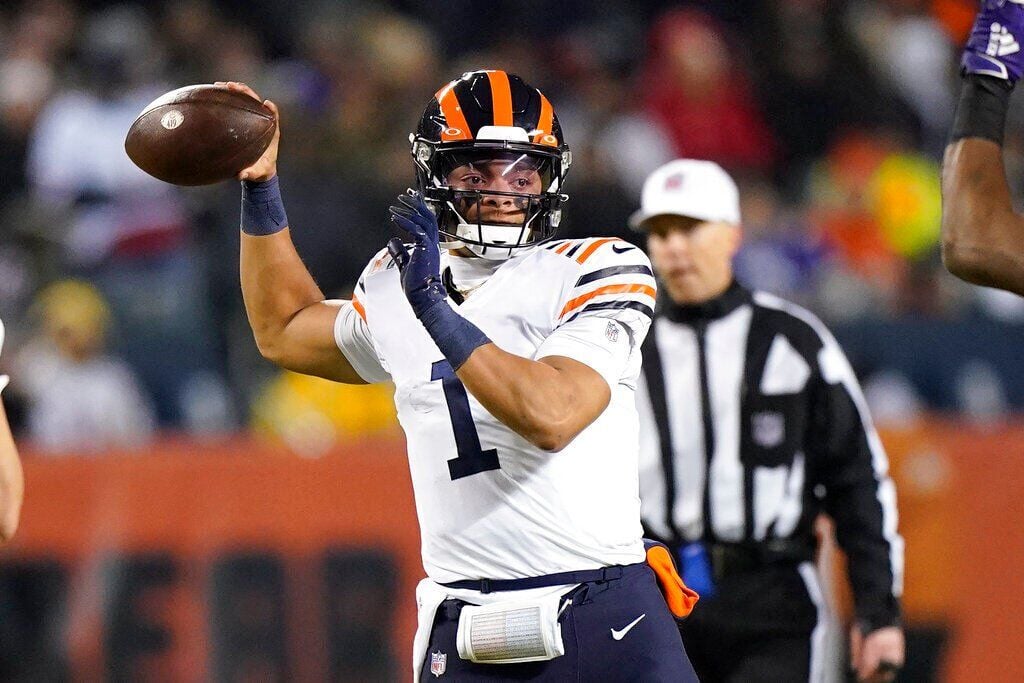 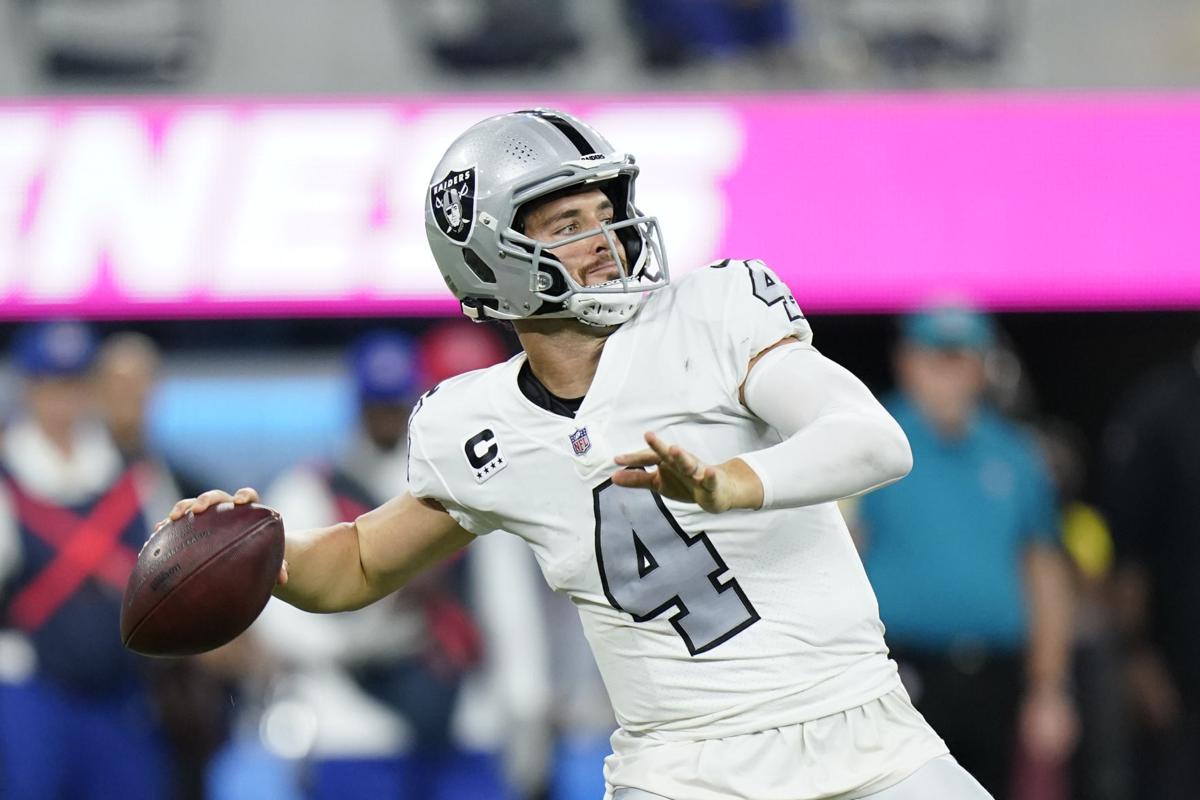 Starting with an extensive list of candidates for general manager and head coach, the Chicago Bears are off in their parallel searches, sure to encounter some unique perspectives as they seek to make the right hires.

Chairman George McCaskey said the Bears are looking to hire a GM first, but if they meet the right coach and the fit seems perfect, he will not rule out making the hires in reverse order.

The Bears have had only two winning seasons in McCaskey’s 11-year run atop the franchise and opted for a housecleaning after a 6-11 season left them third in the NFC North. They fired Ryan Pace after seven years as GM, and coach Matt Nagy was dismissed after a four-year run and 34-33 record, including the postseason.

How attractive is the Bears’ coaching job? Quarterback Justin Fields is considered a young player with upside. Ownership has supported its football operation, recently pouring a ton of money into a renovation of Halas Hall. The Bears are considered an attractive home and have some young talent on the roster. The Tribune polled 19 league executives, coaches and veteran agents with knowledge of rosters and how teams operate, asking them to rank the seven openings.

“The one thing everyone focuses on is who is the quarterback,” said one GM who ranked the Bears No. 2. “That is the wrong approach, and it’s something I did. You never know what is going to happen, so focus on ownership and (whether they will) give you a chance to win."

Not everyone was as high on the Bears, who wound up sixth in the poll, although replies referencing ownership and the city were positive. Some leaned heavily on the quarterback on the roster. Others considered overall roster strength, the GM in place (if there is one), recent history, the division and other factors.

The poll assigned one point for the top-ranked team on every ballot, two points for the second team, etc.

The Raiders are the only team of the group in the playoffs, and owner Mark Davis could retain Bisaccia, but some believe they will have to win their wild-card-round game against the Cincinnati Bengals for him to be secure. Many cited quarterback Derek Carr as a major plus for the job. Some had questions about GM Mike Mayock.

“They need playmakers on defense and they really need help in the secondary, especially at cornerback,” one executive said. “They need some speed on offense, but Derek Carr is a good quarterback. That’s not a bad roster, even though I don’t think they’ve drafted real well under Mike Mayock. That job looks better if they get a GM I like.”

“It’s a playoff roster with Carr and pass rushers. That’s a plus when you’re walking in,” said a pro personnel director.

“No way,” texted one GM, who ranked the Raiders seventh.

The Jaguars had the same number of first-place votes (five) as the Raiders but also got a few low rankings. Those who like the opening cited quarterback Trevor Lawrence, a wide-open salary cap and extra draft-pick capital. Some had pointed concerns about the presence of GM Trent Baalke.

“I wouldn’t pass up on the opportunity with the quarterback,” one executive said. “There’s low pressure from the fan and media base, but you need to have your own GM or personnel director there, which I think the owner would do. Overall, ( Shad Khan) has been patient with results and the process.”

Said one scout: “Very talent deficient on defense. They need a lot of help on that side of the ball and it’s not going to happen next year.”

“I think the owner will spend there to help you out,” a GM said.

“I’ve got them second but that’s only if they get a new general manager,” said one national scout.

“They’re the Jags,” said a veteran pro scout, who ranked them seventh.

The Broncos arguably have the best roster of the bunch when not considering the quarterback, which is why they garnered four five-place votes. Those who mentioned GM George Paton talked positively about him. The team is expected to be up for sale, which creates an unknown.

“They don’t have a quarterback but they’ve got a lot of everything else — young and talented secondary, they’re OK on the offensive line and they’re loaded with talent at wide receiver and Javonte Williams is going to be a feature back in the NFL,” one scout said. “That team is primed to win, but they don’t have a quarterback and they’re going to have to make a major move. If they had a QB this year, Vic Fangio is still the coach and they are — at worst — a third or fourth seed in the AFC.”

“Who is the quarterback?” one veteran scout said. “Who is the owner. Great GM, great fan base, good young players overall.”

“Who is the next owner?” one GM said.

“What if they get Aaron Rodgers?” a pro personnel director said.

The Vikings were in the middle of the pack on most replies and got six votes for No. 3. Like the Raiders, they have a veteran quarterback in Kirk Cousins, but he’s not as well-liked as Carr among pollsters.

“They have an elite receiver in Justin Jefferson, and while Kirk Cousins has a lower ceiling, he’s got a higher floor than a lot of quarterbacks out there,” one scout said. “I can work with that for a little while if I have to. I like Dalvin Cook, too, and there is some young talent on the offensive line. They need some young talent on defense.”

Added another veteran scout: “It’s a far better situation than the Jaguars. However, Cousins and his cap hit and the consistency situation is going to be hard to solve.”

“Cousins is looking, which is a negative, but there is some talent on the roster,” a pro personnel director said. “It’s a bigger rebuild than most probably think but the stadium and facility are top-notch and the owners aren’t afraid to pay for players.”

“The Wilfs are patient owners who provide everything you need to win,” a GM said.

The Dolphins surprised some by firing coach Brian Flores after three years. He has emerged as a candidate for the Bears. The Dolphins became the first team in NFL history to lose seven games in a row and win seven straight in the same season, so they have some pieces in place.

“There are some really nice players on defense at all three levels,” a scout said. “The offensive line needs to be upgraded, and they need some more skill position talent. They haven’t had a running back in a long time.”

“The reason I don’t have them higher is because of the quarterback,” said one scout who ranked the Dolphins sixth. “You have to build everything around Tua Tagovailoa. He can make plays underneath, but it’s hard to have a vertical element with him.”

“The owner is impulsive,” one national scout said.

Added a pro scout: “I’ve got them third by default. The GM is a huge piece there.”

The Bears received six fourth-place votes and six sixth-place votes to fall just below the Dolphins. The Bears had only two votes above fourth — one first and one second. Fields was viewed as either a positive or a wild card, and the Bears were knocked for a lack of offensive pieces around the quarterback and offensive line.

“I like Justin Fields,” one scout said. “He has upside if he is coached right, and there are some pieces on defense. They need to address the offensive line and they severely lack offensive weapons. They’ve got to make a lot of moves on offense so Fields is in a better position to win.”

“It’s a developmental quarterback in Chicago,” one national scout said. “The city and fans make it attractive.”

“I’ve always looked at the Bears as a team that is pretty patient with the coach,” said one coach who ranked them fourth. “They could have fired the coach last year and didn’t. I like some of the young players, and if you can make it work with Fields, you might be winning pretty quickly there.”

Added a pro personnel director: “Top-10 defense with some pieces there. Fields is either going to be a plus or a minus. You can sort of ride him, and it’s not your fault if it doesn’t work out. That buys you some time if nothing else. The roster needs work, though.”

“From the outside, it looks like ownership has provided everything football operations could ask for, and that’s always a piece of the equation,” a college scouting director said. “It’s not that way everywhere.”

The Giants got one fourth-place vote and three-fifth place votes and every other reply was lower with serious reservations about quarterback Daniel Jones, the overall roster, an unknown at the GM position and the revolving door of head coaches. Ten respondents ranked the Giants last.

“The quarterback at his best is a low-level starter,” one scout said. “They’ve made way too many expensive and bad signings in free agency. The offense is really bad, and they need help on defense.”

Column: Jon Lester pitched only 6 seasons in Chicago, but the Cubs need to retire his number

Added a GM: “QB struggles, roster struggles, ownership struggles. Like Chicago, it’s a great place, but the media is tough, and you can work with a lot more and focus on just getting better in a place like Jacksonville.”

“Yeah, it’s a complete rebuild, but the Giants are blue blood in the NFL,” a pro personnel director said.

From George Halas to Matt Nagy: What was said about each Chicago Bears coach when they were hired

Yokley, who passed way last week, served as the Cardinals' statistician for 27 seasons and ran a webpage devoted to the Central Illinois Conference.

Watch now: Four takeaways from No. 25 Illinois' win against Michigan

Trent Frazier took the game over once again and Illinois ran away late to start 6-0 in Big Ten play.

Trent Frazier scored a season-high 29 points, Kofi Cockburn had his eighth straight double-double with 16 points and 13 rebounds, and No. 25 Illinois held off struggling Nebraska for a hard-earned 81-71 victory Tuesday night.

Chicago Bears envision an "entertainment destination with multiple facets" in Arlington Heights. But the team cautions it still is in the exploration phase.

Watch now: Behind 35 points from Kloe Froebe, Class 3A No. 6 Lincoln defeats No. 8 Mattoon

The Railsplitters led throughout on Friday as they evened the season series with the Green Wave at two games apiece.

After enduring the hardships of Chicago Public Schools’ teachers strike in 2019, a delayed reopening of schools during the COVID-19 pandemic and a seemingly endless stretch of remote learning, Pilsen resident Christina Castro decided last fall to transfer her three children to Catholic schools.

The Chicago Bears have reached out to at least 13 general manager and 10 coaching candidates for interviews. As they go through the process, we’re looking at each of the prospective hires.