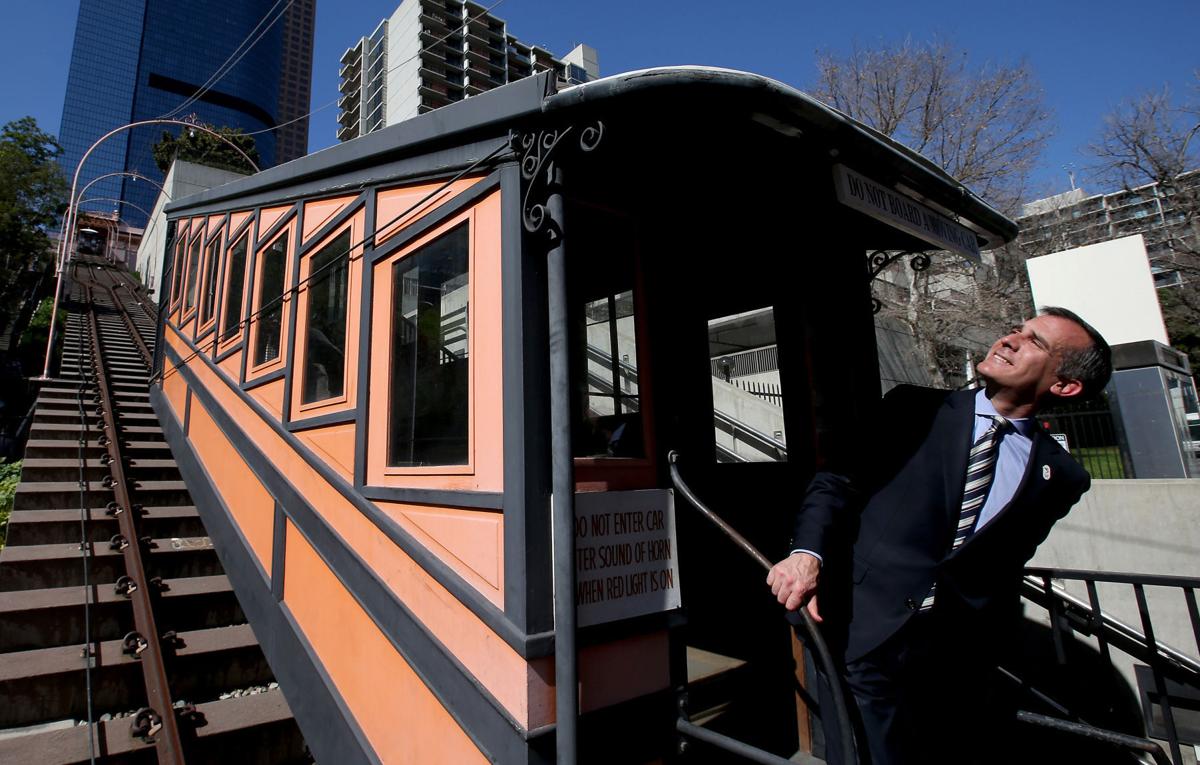 Los Angeles Mayor Eric Garcetti poses for pictures after joining city officials, contractors and dignitaries for a press conference in March announcing the refurbishment and reopening of the historic Angels Flight railway in downtown L.A. 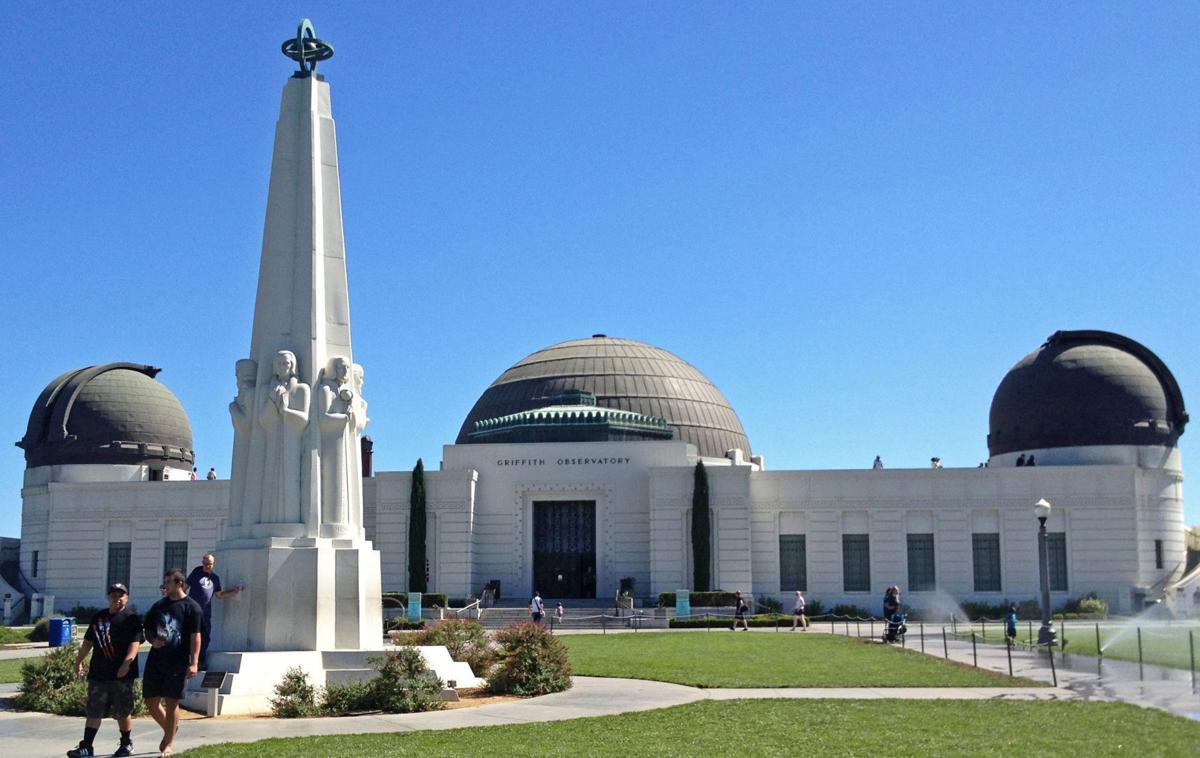 The Griffith Observatory gives the public free access to the study of the skies.

LOS ANGELES — “La La Land” didn’t bring home the best picture Oscar, but the musical filmed in Southern California is expected to bring the region another valuable prize: a bump in big-spending tourists.

Like previous films set in the City of Angels, the hugely popular movie has boosted the city’s profile worldwide, raising the prospects of drawing new visitors to eat, sleep and shop in Los Angeles, tourism industry officials say.

The film starring Emma Stone and Ryan Gosling is a love story with cameo appearances from several tourist spots, including the Griffith Observatory, Chinatown, the Watts Towers and Angels Flight.

“The city may be the film’s biggest star,” said Don Skeoch, chief marketing officer for Discover Los Angeles, the city’s tourism agency. “We believe fans will become inspired by what they see and want to visit and learn about the iconic locations.”

“People are just asking about it,” Danny Roman, who operates the Hollywood-based Bikes & Hikes tour company, said of the movie. “They are curious about it. They say, ‘Where did they film this? Where did they do that?’ ”

As a result, Roman’s tours have added a stop at the hilltop in Griffith Park where Stone and Gosling danced overlooking the lights of Burbank.

A survey conducted by the Los Angeles Tourism & Convention Board of nearly 400 adults in the U.S. who saw the movie found that 86 percent described themselves as “more likely” or “much more likely” to visit L.A.

Another survey by Fandango, the nation’s largest online movie ticket seller, found that 64 percent of the more than 1,000 millennials who were questioned said the movie made them want to visit Los Angeles.

Both surveys were taken in February — about the time that “La La Land” won six Academy Awards including best lead performance by an actress for Stone.

Hopes for a tourism bump come amid concern by travel industry representatives that potential business and pleasure travelers from foreign countries are being turned off by the Trump administration’s travel restrictions on six Muslim-majority countries, its temporary ban on all refugees and its plan to build a wall on the border with Mexico.

Global Business Travel Association, a trade group for the world’s business travel managers, surveyed 324 corporate travel managers recently and found that 37 percent of U.S. respondents and 47 percent of European managers said they expected travel to the U.S. to decline because of the travel ban.

If “La La Land” is a tourism hit, it wouldn’t be the first time that a movie has lured sightseers.

“Just as product placements will influence a viewer’s attitude toward a brand, so too will films have an impact on destination images if the location plays a part in a film,” University of Calgary professors Simon Hudson and J.R. Brent Ritchie wrote in a research paper on film tourism that was published in the Journal of Travel Research in 2006.

In 1986, the movie “Crocodile Dundee,” about a bushman from the land Down Under, was credited with helping boost visits to Australia’s Northern Territory, where parts of the comedy were filmed.

New Zealand also reported steady growth in visitors following the release in 2001 of the first of several “Lord of the Rings” and “Hobbit” movies, which featured panoramic outdoor New Zealand vistas.

As recently as 2013, a tourism study by the New Zealand Institute of Economic Research concluded that an ongoing marketing campaign, dubbed the “Middle-earth” campaign, continues to draw in visitors from Britain and the United States who want to see the film locations from those movies.

Visitation numbers grew 6.1 percent in 2013 over the previous year, the fastest rise in a decade.

Tourism continues to grow so fast in New Zealand that news reports say the country faces a shortage of hotel rooms to accommodate all the visitors.

Since December, Discover Los Angeles has ferried groups of reporters from China, Australia, Britain, Canada and the U.S. to some of the sites shown in “La La Land,” including Griffith Park and Grand Central Market in downtown Los Angeles.

Discover Los Angeles even has created a “La La Land” website, which guides visitors to landmarks from the movie.

What household items need cleaning everyday and what can wait

Los Angeles Mayor Eric Garcetti poses for pictures after joining city officials, contractors and dignitaries for a press conference in March announcing the refurbishment and reopening of the historic Angels Flight railway in downtown L.A.

The Griffith Observatory gives the public free access to the study of the skies.